Nike is denying involvement with the sudden deletion of 'Black at Nike,' an Instagram page alleging racism at the company 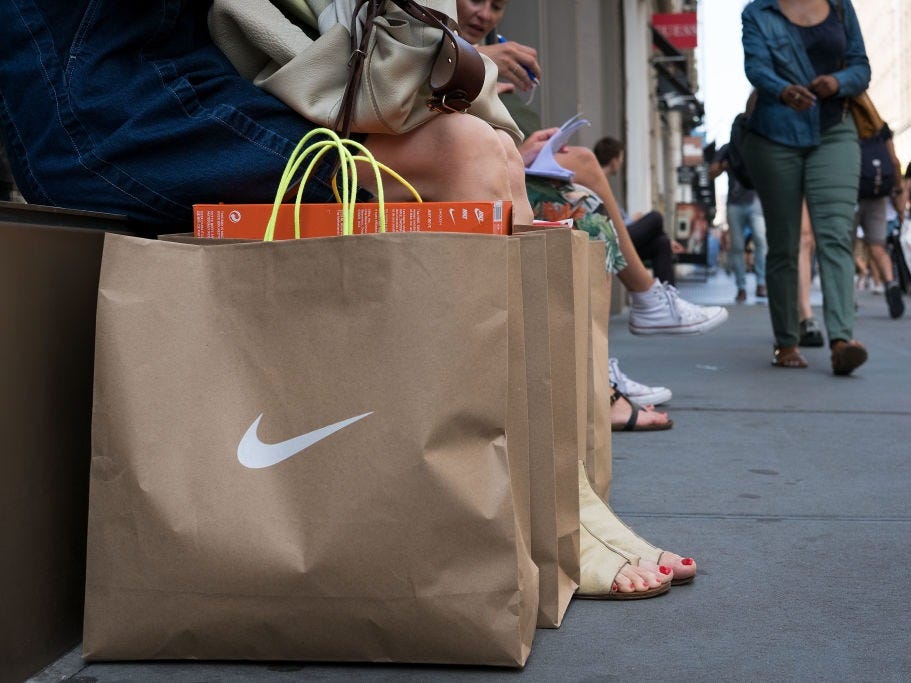 An anonymously-run Instagram account that appeared to be highlighting allegations of racism at Nike has been suddenly deleted.

The account, called “Black at Nike,” spotlighted anonymous current and former employees’ experiences with racism at Nike, according to the account creators. Since its first post on June 24, the account had gained over 7,500 followers.

When Business Insider previously reported on the Instagram page, a representative of the page, who decided to remain anonymous, wrote in an emailed statement that the account was meant to give Black Nike employees a place to share their stories. The representative also described the person behind the account as a “custodian to the people” and said the movement does not just have one face behind it.

The email address previously used to contact the representative was no longer in use when Busines Insider attempted to reach them for a comment regarding the deletion of the Instagram page. A similar page on Instagram, LGBT at Nike, was also wiped clean.

Nike denied involvement with the taking down of the pages and said in a statement, “We have no knowledge of who owns the accounts or why they were taken down.”

A spokesperson at Instagram confirmed that the social media platform did not remove the Black at Nike account.

Before it was suspended, anonymous posts on the Black at Nike page totaled over 70. According to the account creators, these stories were from Nike employees across the company’s retail and corporate divisions.

“For years, WOC at Nike have been disrespected by white leaders in positions of power,” read one post from a week ago. “As a WOC working in Nike Sports Marketing, I experienced microaggressions, disrespect, and retaliation for speaking up.”

Could Nike have a legal claim against the account?

According to Erik Syverson, a defamation lawyer specializing in social media law, Nike could possibly have a legal argument against the Black at Nike page, but it would depend on a few key factors.

“It all depends on who is behind this that is going to inform the legal claims,” Syverson explained.

For example, a potential defamation claim could be made if the claims posted on the page were false. And if the page had been run by a direct competitor in the space, like an Adidas employee, then Nike could make a case for unfair competition. Lastly, if the page was run by a current Nike employee, there could be a claim for a breach of contact, depending on the nature of the agreement.

In the last few months, Adidas,Nike, and Under Armour have all acknowledged their part in maintaining a workplace lacking in diversity and inclusion. In a June 5 memo to employees, Nike CEO John Donahoe said the sportswear giant must get its “own house in order,” CNBC reported.

In a previous statement to Business Insider, a Nike spokesperson said all employees are expected to follow the company’s Matter of Respect policy that prohibits discrimination based on race, and added that employees can use the company’s Speak Up portal to report any issues, which they can do anonymously.

“We urge every employee to speak up if an employee experiences something that does not align with Nike’s values and policies,” the Nike spokesperson said.


If you’re a Nike employee with a story to share, email [email protected]