18 things you probably didn't know about 'The Nightmare Before Christmas' 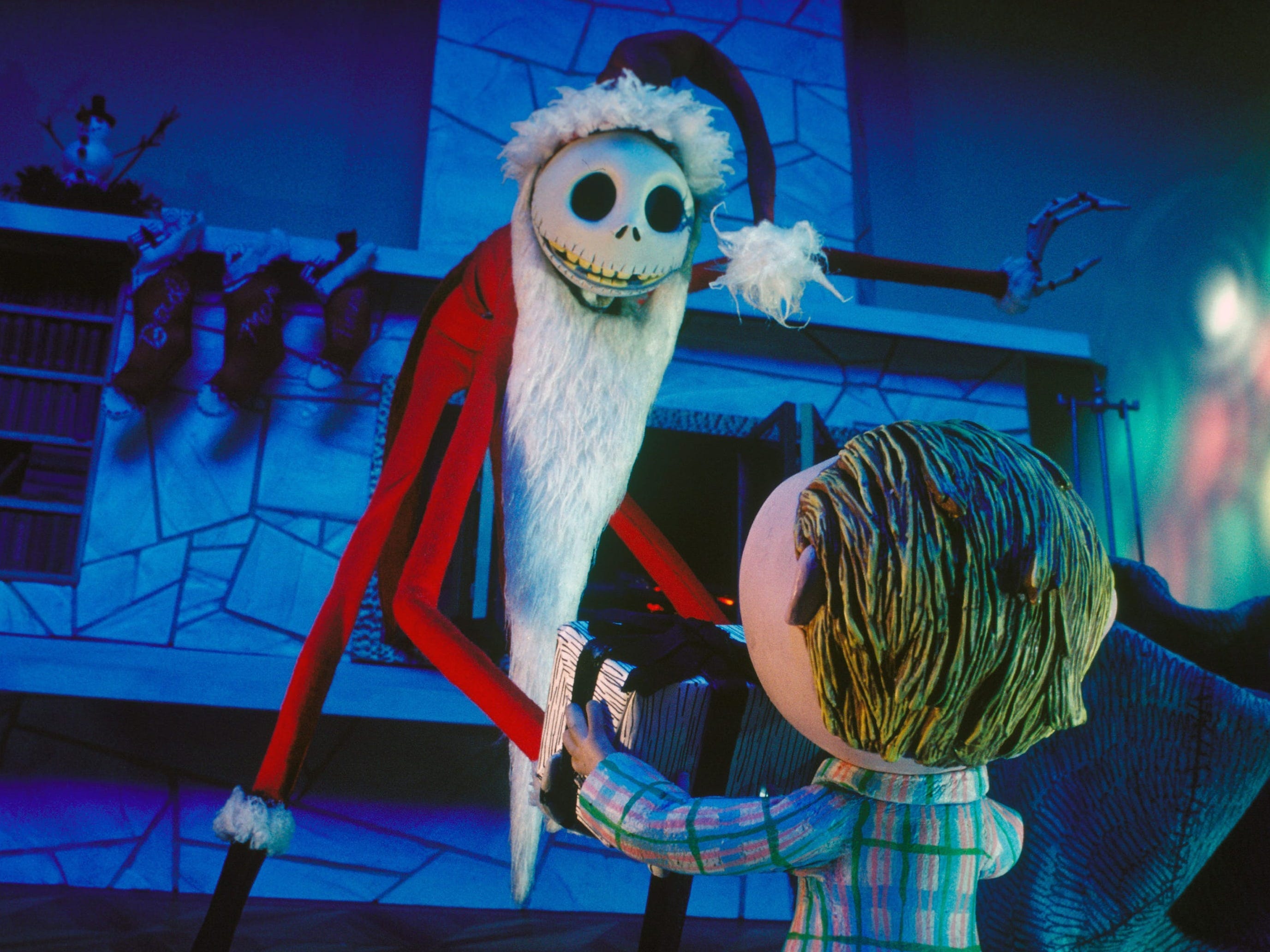 “The Nightmare Before Christmas” (1993) is one of the most iconic Halloween movies of all time that’s also popular in December.

The beloved animated feature is over 25 years old, but there’s a lot you still may not know about it.

Read on for some surprising things you never knew about “The Nightmare Before Christmas.”

Tim Burton was the producer, not the director. 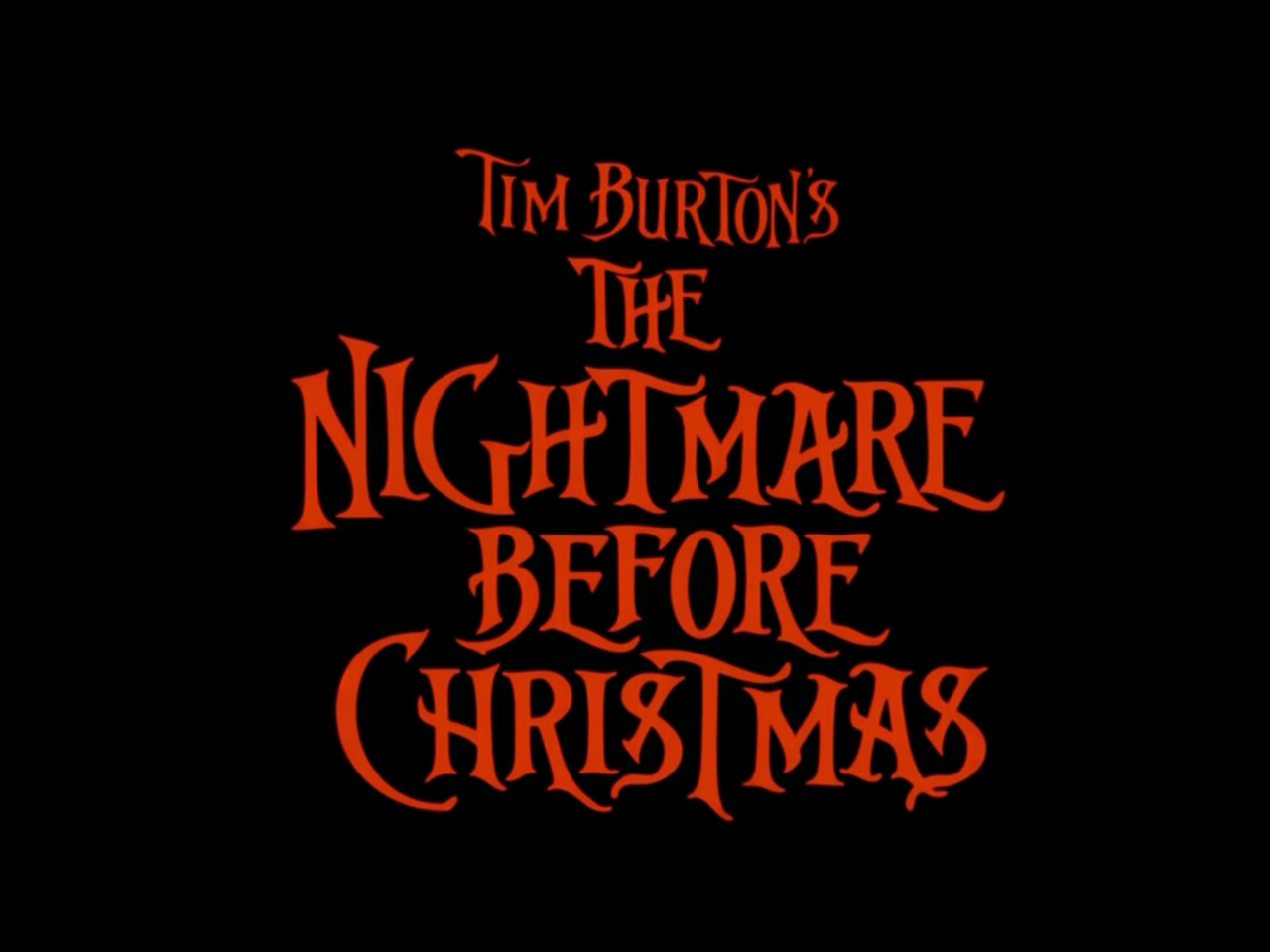 Although his name is above the title, Tim Burton was not the director of “The Nightmare Before Christmas.”

Instead, Henry Selick made his directorial debut with the animated Disney film.

The movie was based on a poem. 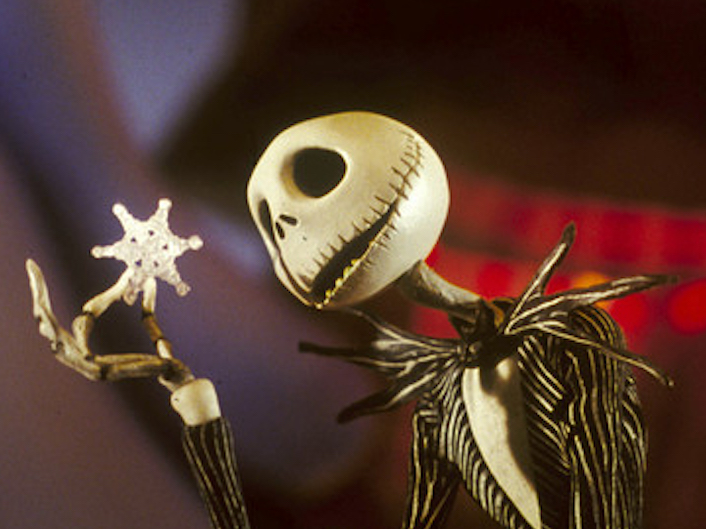 “The Nightmare Before Christmas” was based on a poem written by Burton when he was an animator for Disney.

Selik told the Daily Beast in 2013, “Tim rewrote the classic poem, ‘Twas the Night Before Christmas,’ along with designs for Jack Skellington, his dog, Zero, and Santa Claus.”

According to the Daily Beast, Burton also pitched the poem to Disney as a stop-motion feature in 1983, but it didn’t work out at the time.

In the original poem, there were only three characters. 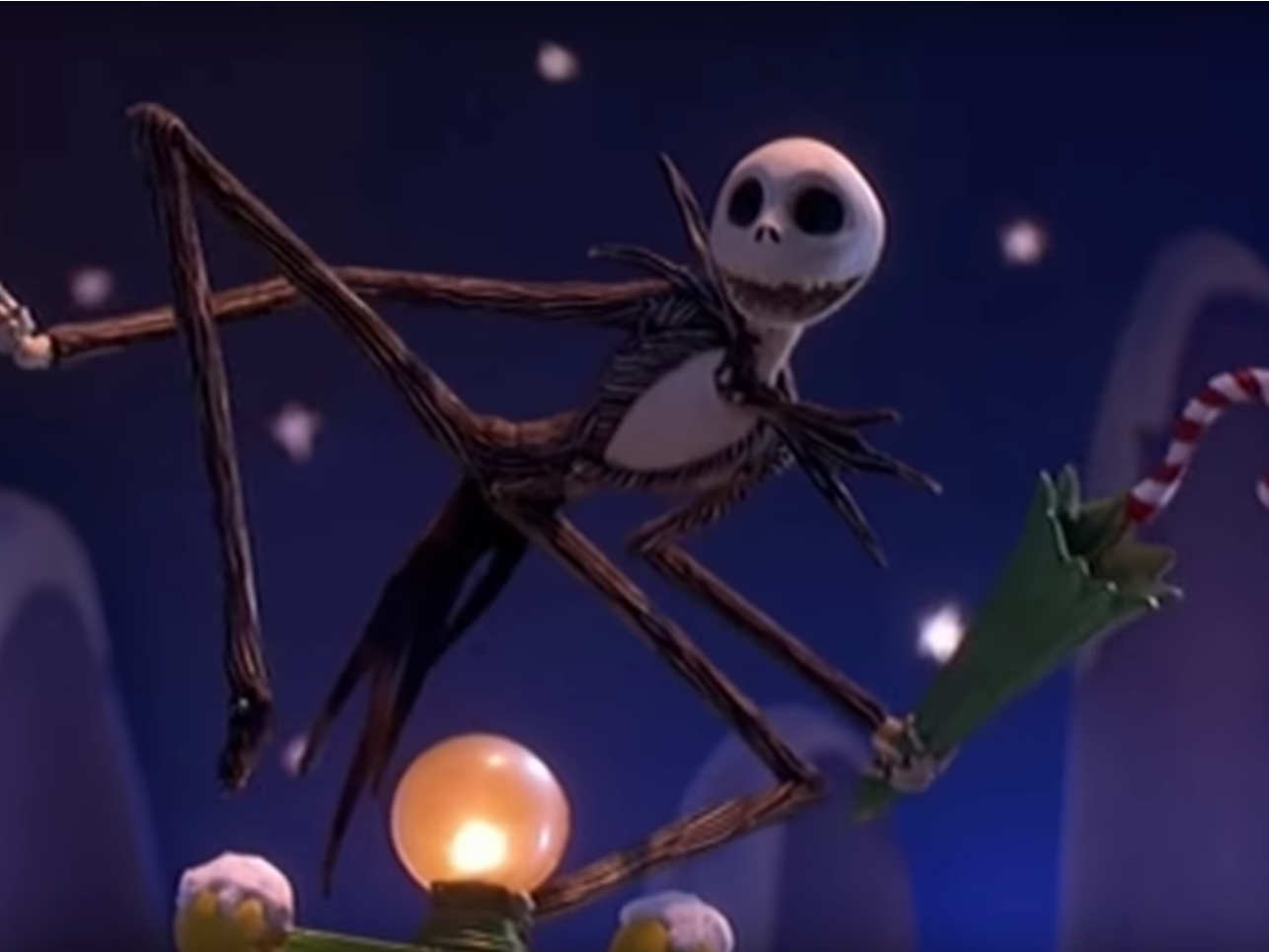 YouTubeOne of them was Santa Claus.

Despite the colourful cast of characters in the film, Burton’s original poem only featured three characters: Jack Skellington, Zero, and Santa Claus.

The film’s songs were written before a script was. 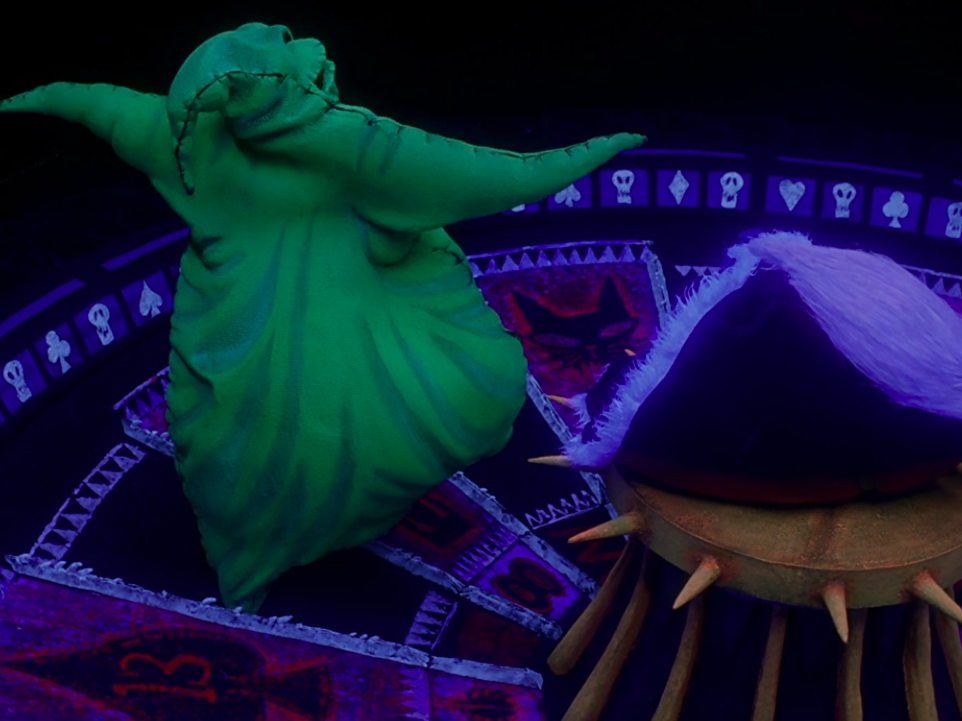 DisneyThey were written based on a description of the movie’s plot.

Composer Danny Elfman wrote the songs for “The Nightmare Before Christmas” before there was a script to go off of.

He wrote the iconic songs after Burton described bits and pieces of the story to him.

“Tim would show me sketches and drawings, and he would tell me the story, describe it in bits of phrases and words and I would say, ‘Yeah, I got it.’ Three days later, I had a song,” Elfman told the Los Angeles Times in 2015.

Elfman was the voice behind Skellington’s singing in the film. 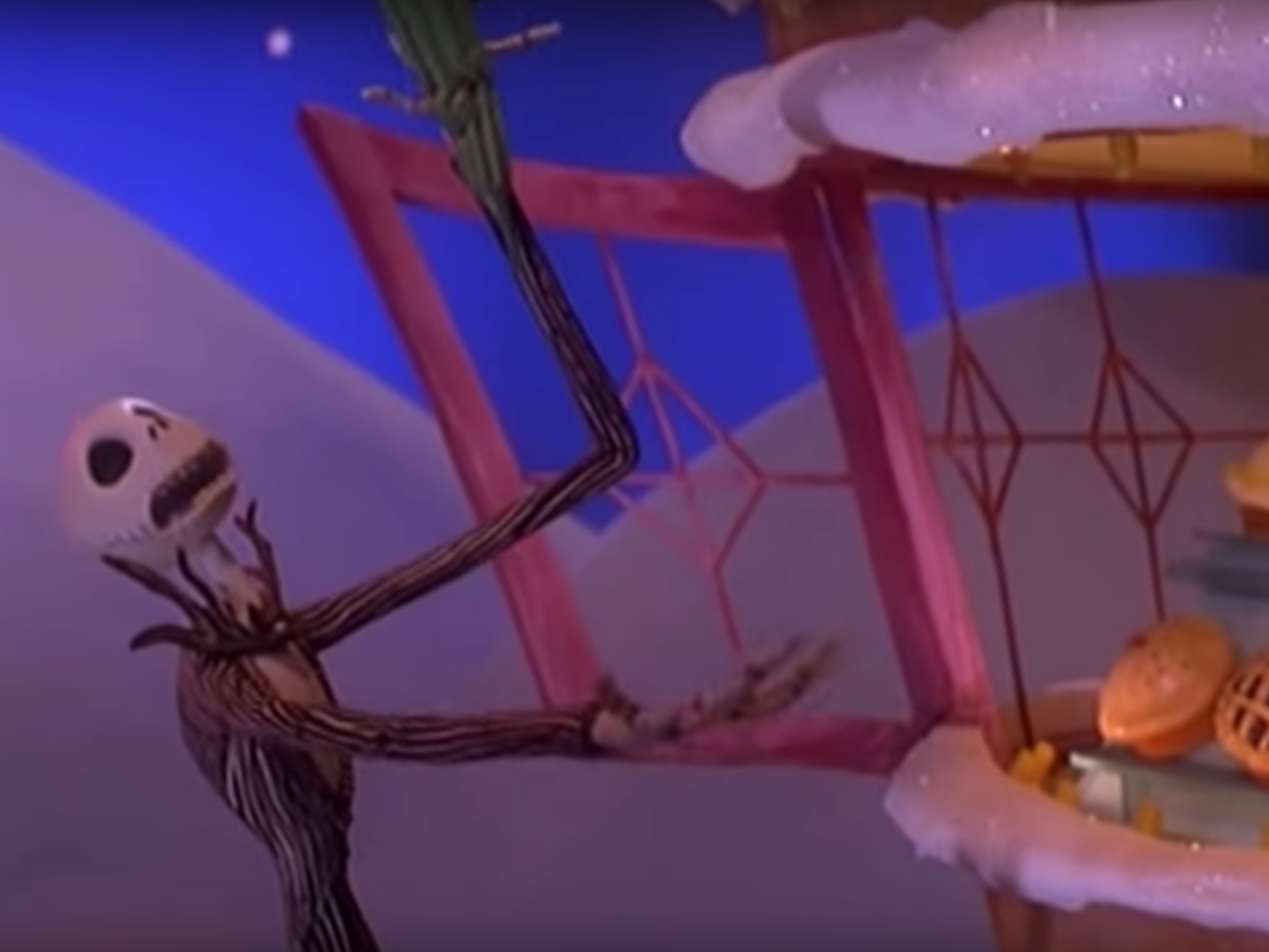 Although he wasn’t the speaking voice of the Pumpkin King, Elfman sang all of Skellington’s parts in the film.

Elfman voiced two other characters in the film. 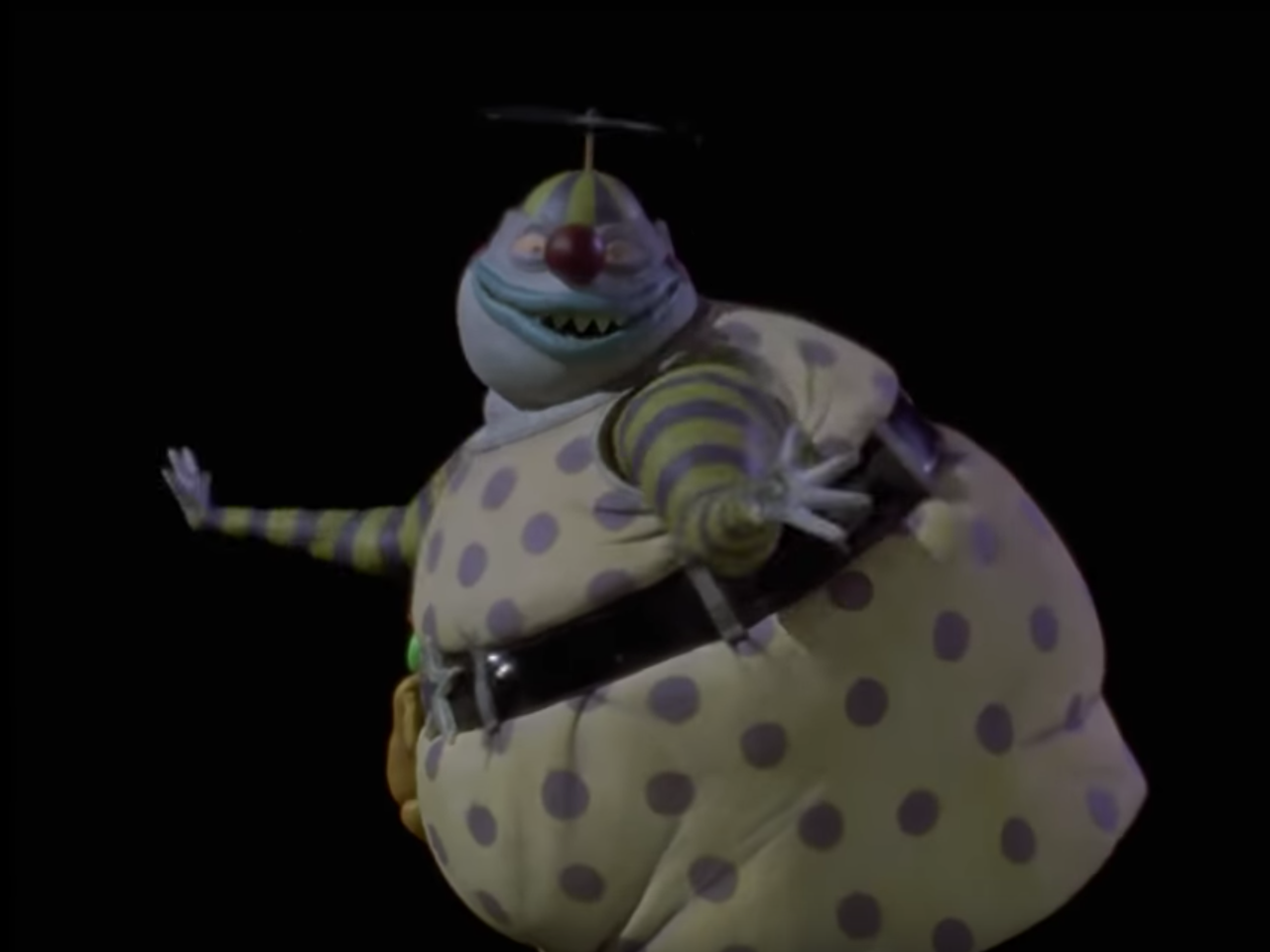 In addition to acting as Skellington’s singing voice, Elfman provided the voices of Barrel and the Clown with the Tear-Away Face in “The Nightmare Before Christmas.”

Oogie Boogie was the toughest character to design. 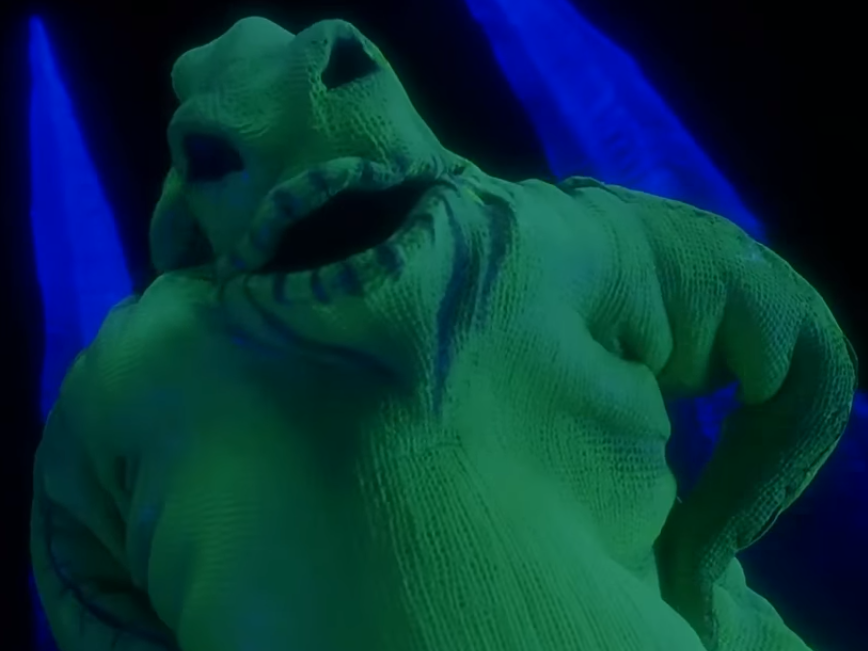 DisneyIt’s partly because of his size.

“Oogie Boogie was the toughest because he’s big and pretty shapeless,” Selick told the Daily Beast in 2017.

“Ultimately, Rick Heinrichs had to re-sculpt it, and then, when he gets his skin pulled off and he’s filled with bugs, that took some years off a few animators’ lives – it’s three or four killer shots and took about four months,” he added.

“The Nightmare Before Christmas” took over three years to make. 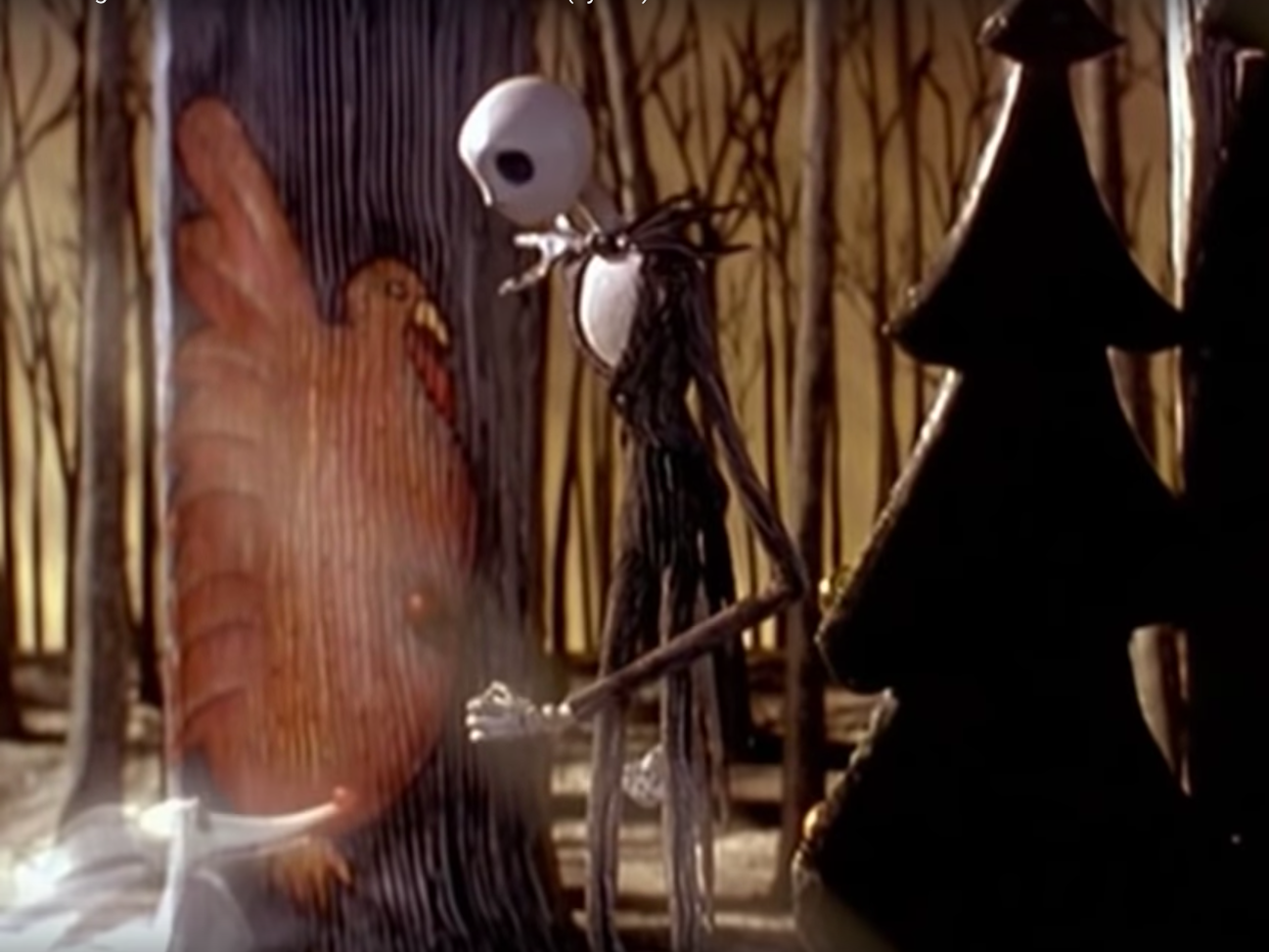 Because the film was stop-motion it took animators about three years to complete the film.

“I was on the film for three-and-a-half years. The stop-motion animation took about 18 months, but with pre-production, where you storyboarded every single shot, it did add up,” director Selick told the Daily Beast in the 2017 interview. 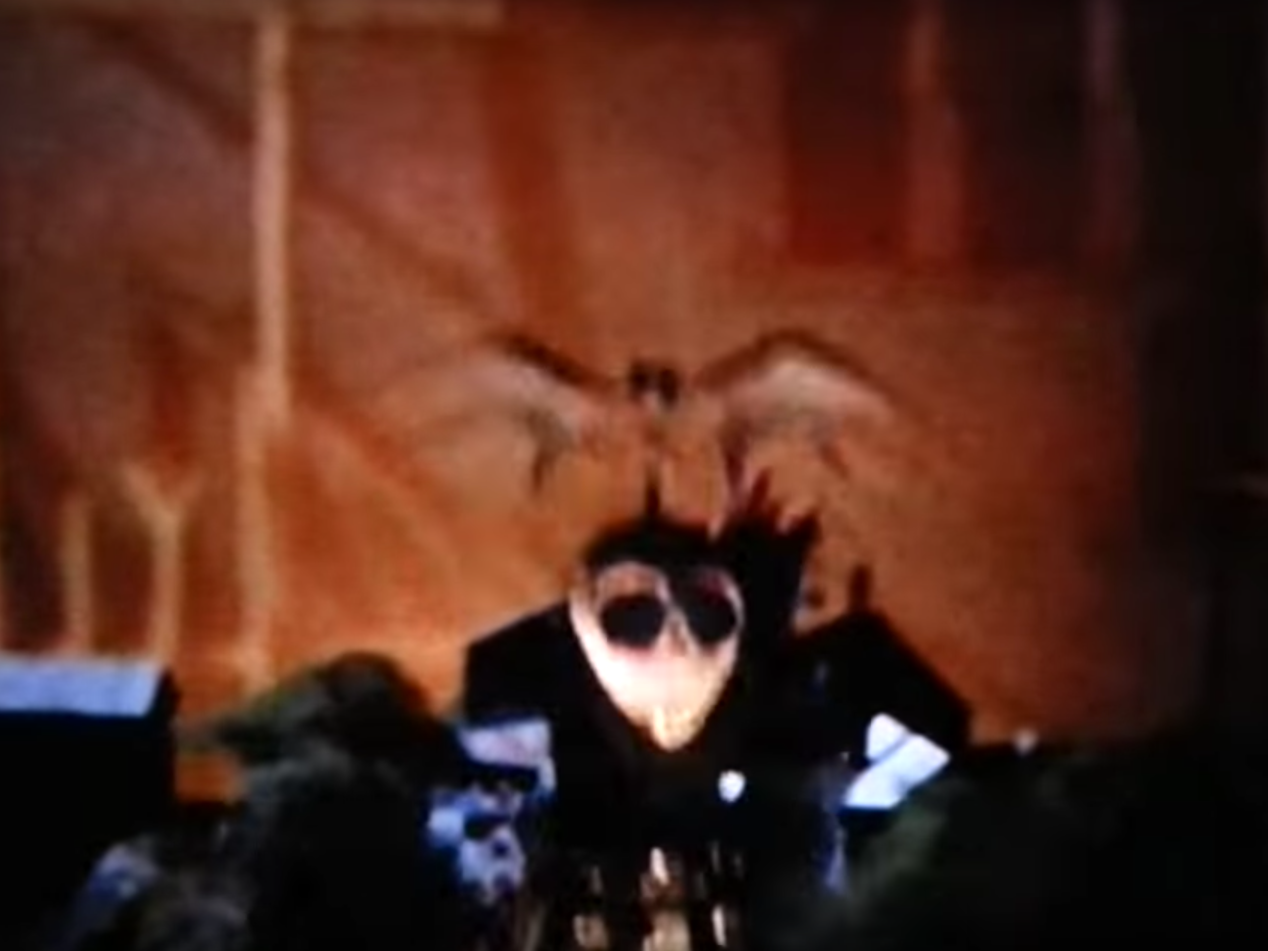 YouTubeYou have to look really closely.

Skellington’s first feature film appearance wasn’t the movie based on his story, but rather the 1988 flick “Beetlejuice,” another of Burton’s creations.

Jack Skellington also seemingly makes a cameo in “James and the Giant Peach.” 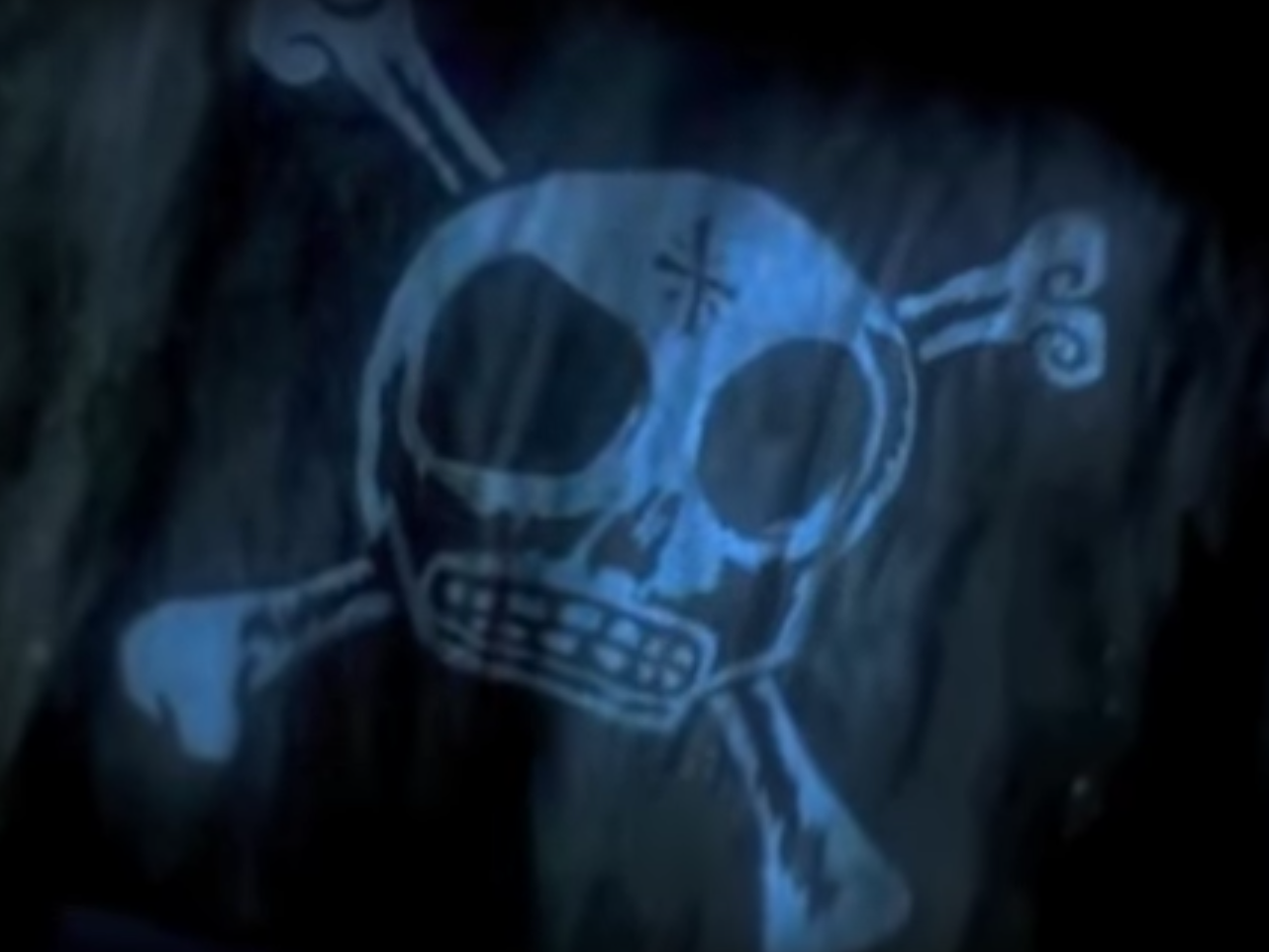 In another Burton-Selick film, the famed Jack Skellington’s likeness makes a cameo in the haunted shipwreck scene in 1996’s “James and the Giant Peach.”

Skellington also makes a cameo in other popular films. 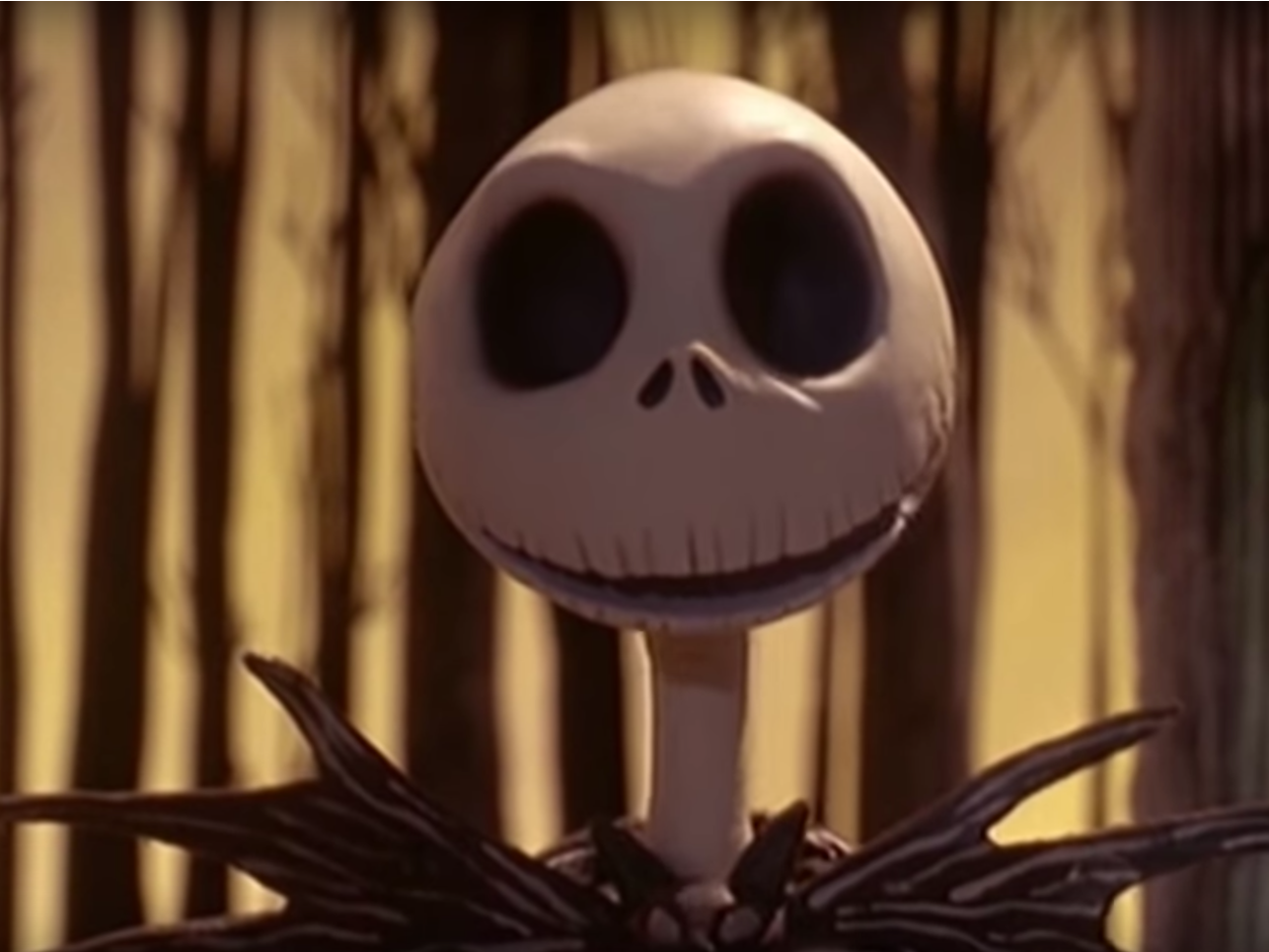 YouTubeYou might’ve seen him in ‘Coraline.’

Skellington’s character or likeness has been spotted in “Coraline,” “Princess and the Frog,” “Alice in Wonderland,” “Finding Nemo,” and even “Sleepy Hollow,” reported PopBuzz in 2016. 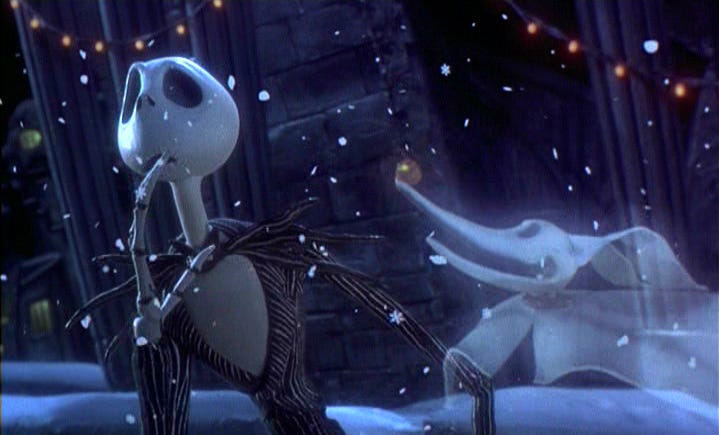 DisneyThe suits were changed to make them pop on the black backdrop.

Selick was the reason Jack’s signature suit was adorned with thin white pinstripes, according to the movie’s 15th-anniversary DVD commentary track.

The decision was made in order to have the character stand out on an already dark-coloured set.

There’s one scene that the director said he “really regret[s]” replacing. 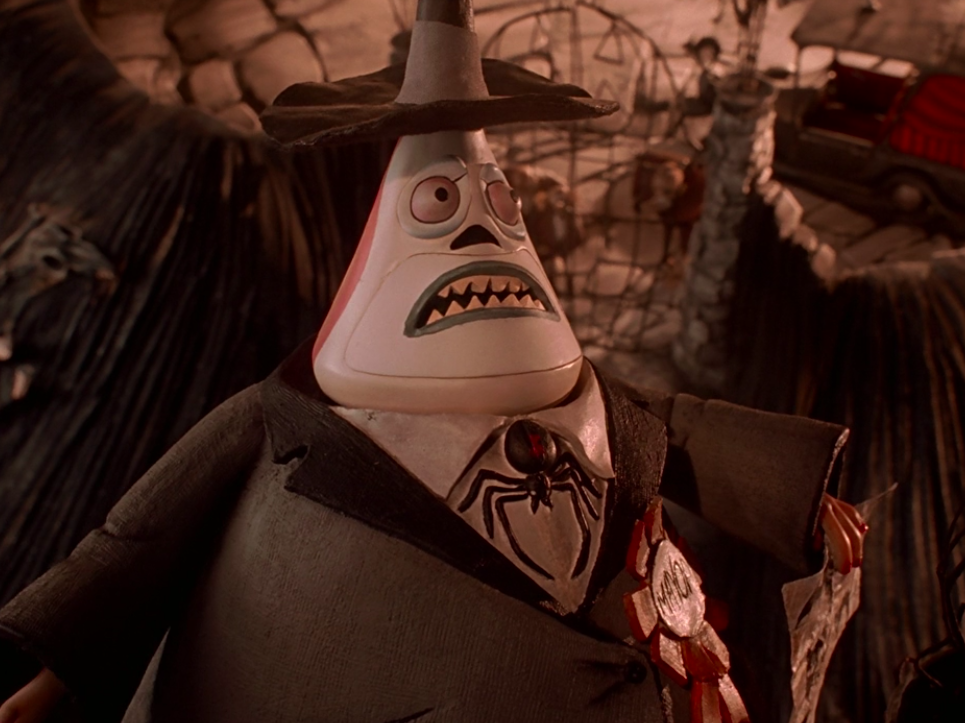 DisneyThe Mayor in ‘The Nightmare Before Christmas’

Selick told The Hollywood Reporter in 2018 that he really regrets replacing a scene from the end of the movie, when Christmas comes to Halloween Town.

“We show a lot of Halloween Towners enjoying winter sports and snow, and you see the vampires playing hockey and they hit the puck right at the camera – and originally it was Tim Burton’s head,” said Selick. “And it was really funny. And Denise Di Novi or one of the Hollywood producers told me, ‘I don’t think Tim’s going to like that.’ And I feel so stupid for not just asking him.”

He added, “But that’s one of the shots that we reshot and we put in a pumpkin instead.”

Tim Burton has said he doesn’t want the film to have a sequel. 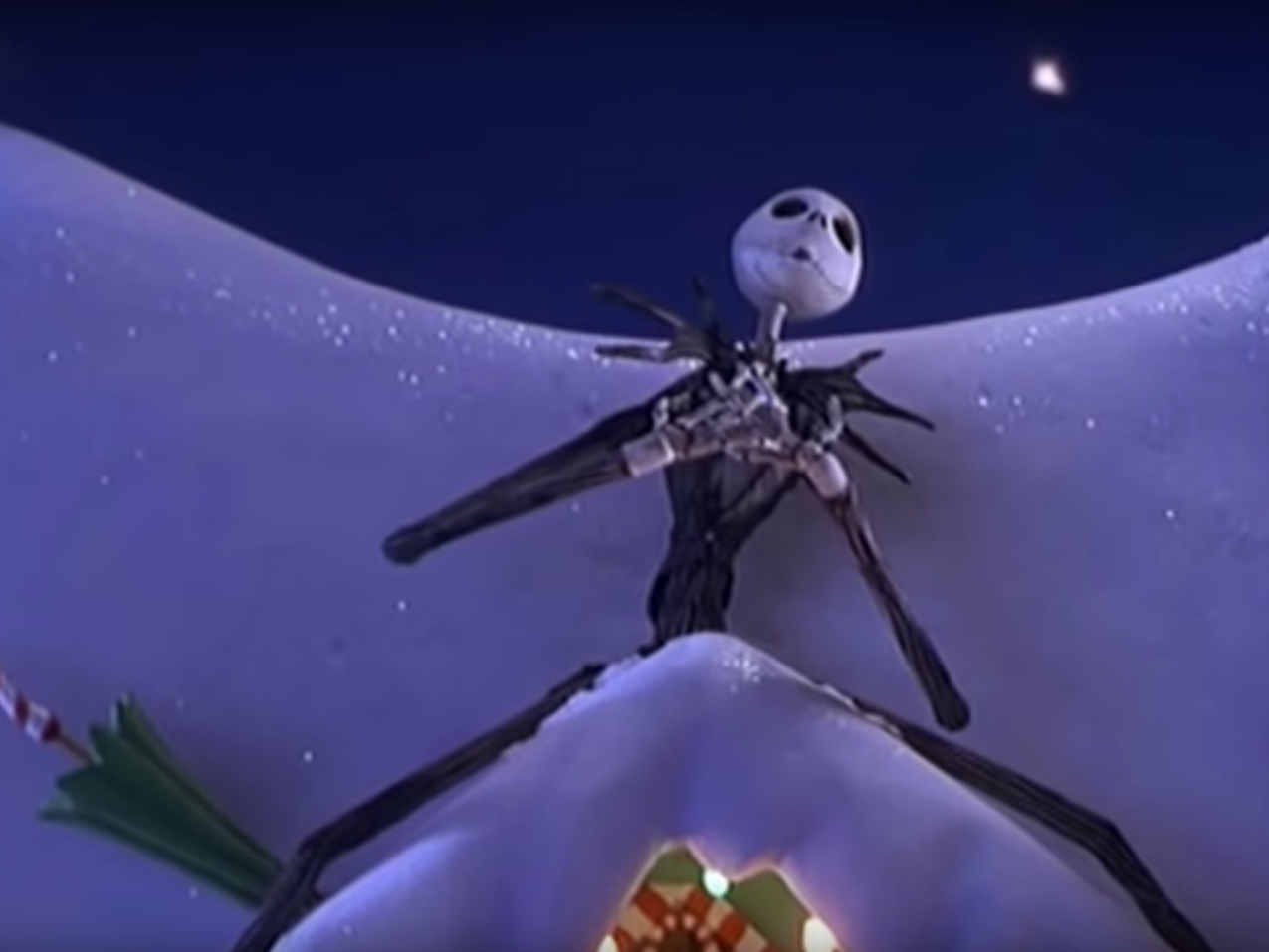 YouTubeTim Burton has said he’s against a sequel.

Seeing as Burton owns part of the character rights to “The Nightmare Before Christmas,” he has been staunchly against creating a sequel of the film.

Burton told MTV in 2006, “I was always very protective of [‘Nightmare’], not to do sequels or things of that kind. You know, ‘Jack visits Thanksgiving world’ or other kinds of things, just because I felt the movie had a purity to it and the people that like it.”

There was reportedly once going to be a “The Nightmare Before Christmas” ride at Disney. According to a Slashfilm report from 2017, Disney wanted to create a ride dedicated to the film and even created sketches of what it would look like, but it never came to be.

For now, fans can enjoy Halloween Town when The Haunted Mansion is transformed each Halloween season.

An extended ending of the flick showed Jack as a father. 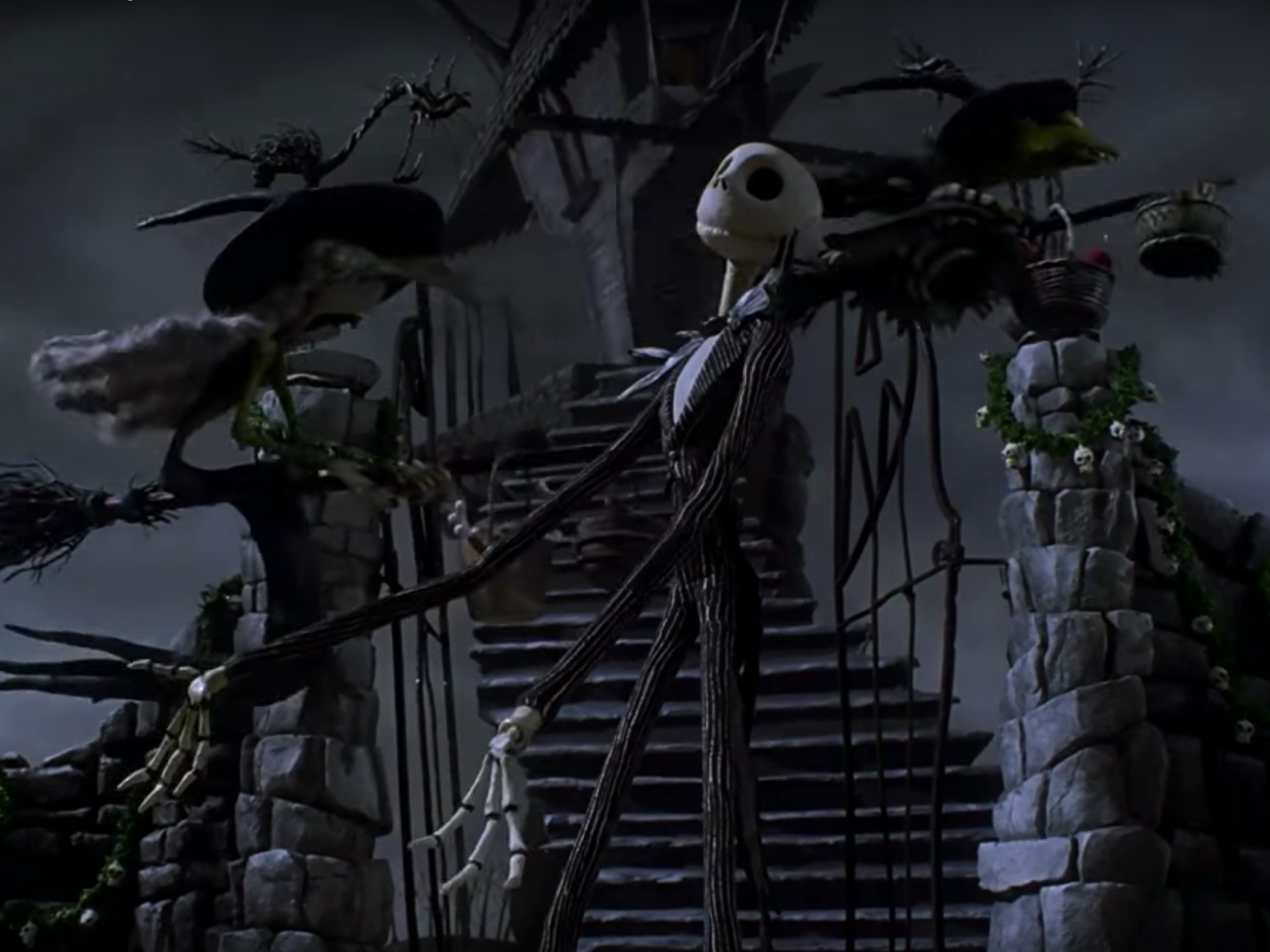 YouTubeThe soundtrack points to the pumpkin king as a father.

The official soundtrack for the film has an epilogue that has Santa Claus returning to visit Jack years later and finding that the Pumpkin King has become a father.

Jack Skellington was never meant to have eyes. 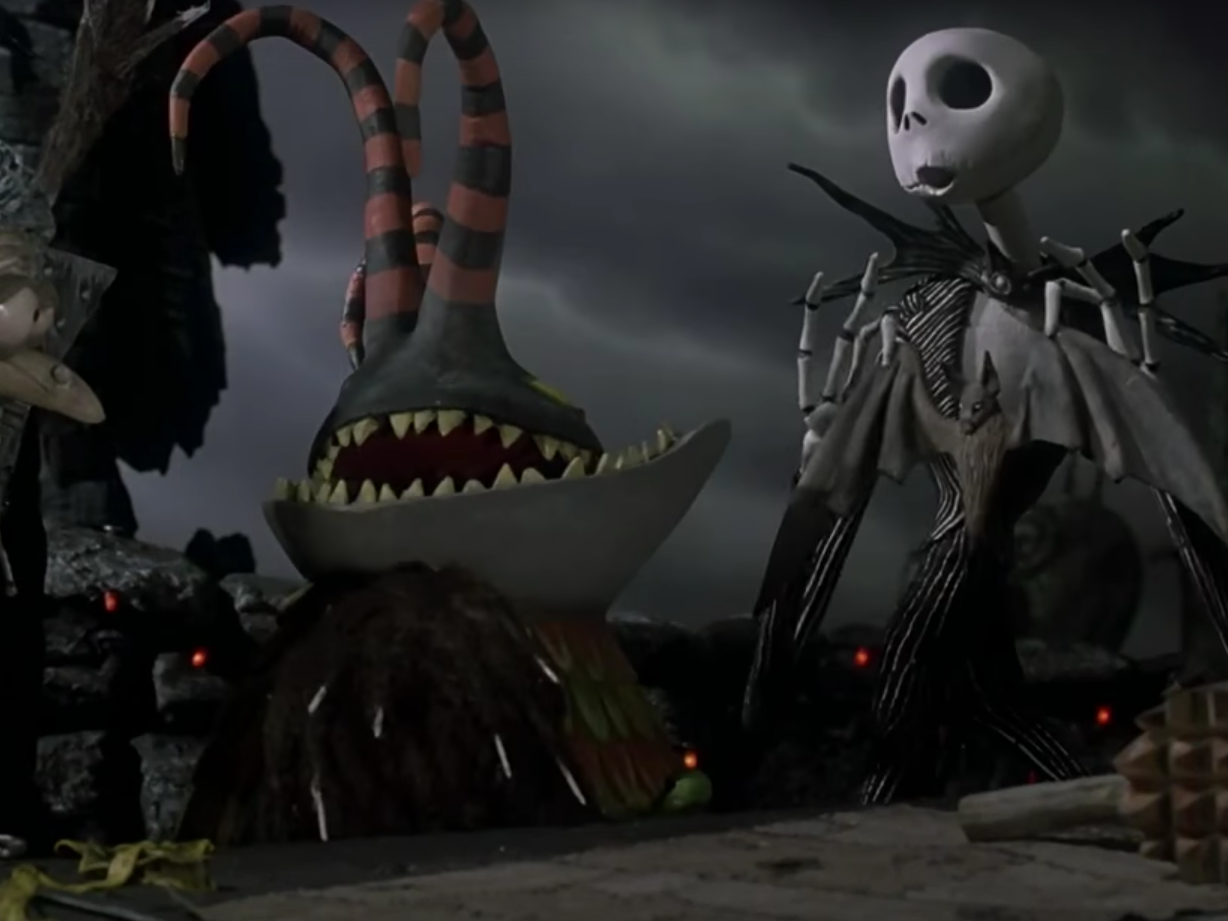 YouTubeTim Burton fought for Skellington to have no eyes.

Despite pushback from Disney, Burton and Selick fought against animating Jack Skellington with eyes.

According to a 2018 Mouseplanet report, Burton said, “The first rule of drawn animation is that you have to have eyes for expression. I thought it would be great to give life to these characters that have no eyes.”

He added, “Disney really fought for us to give Jack these friendly eyes instead of dark holes but we wouldn’t budge.”

The director confirmed that “The Nightmare Before Christmas” is a Halloween movie. 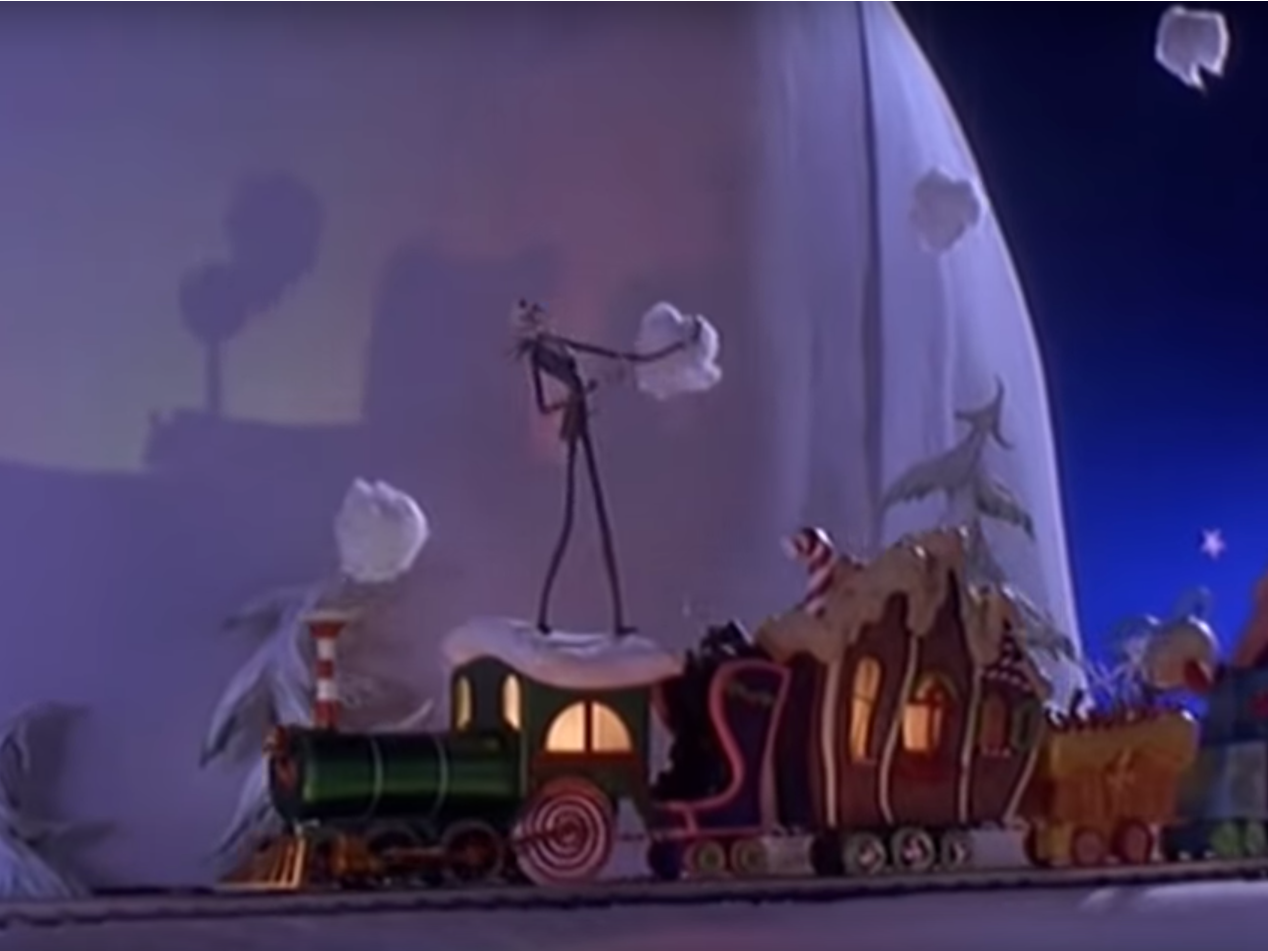 YouTubeThe director takes the stance that it is a Halloween film.

During a 2015 Q&A about the film at Colorado’s Telluride Horror Show film festival, Selick said “The Nightmare Before Christmas” is indeed a Halloween film.

But that doesn’t stop anyone from enjoying the movie 365 days a year, regardless of upcoming holidays.

20 details you probably missed in ‘The Nightmare Before Christmas’

You can buy Disney-themed bouquets, including a ‘Nightmare Before Christmas’ one that comes in a coffin-shaped box

There’s an adults-only ‘Nightmare Before Christmas’ festival happening this year, and tickets are just $US13