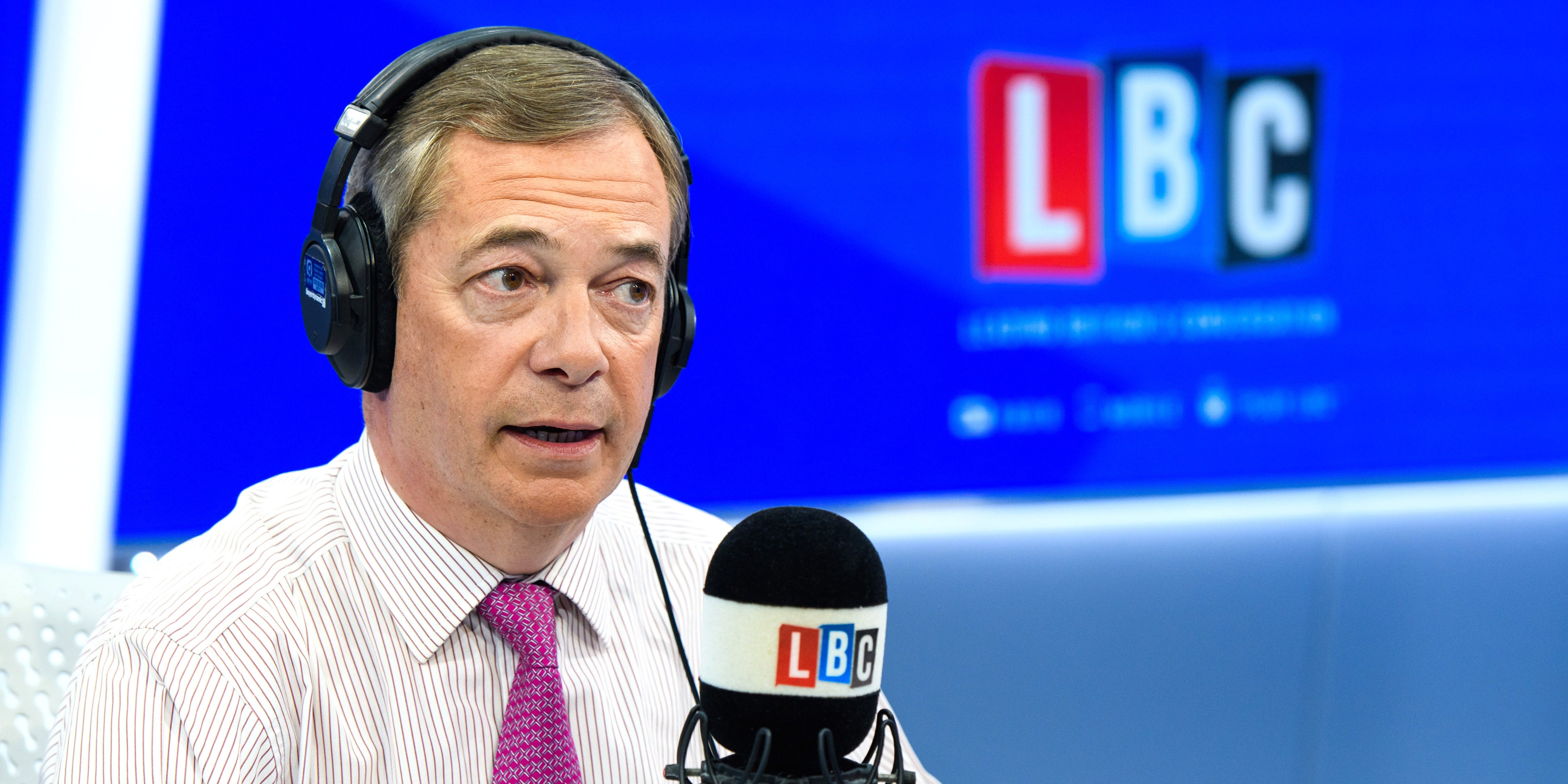 Nigel Farage has left his LBC radio show with “immediate effect,” the station confirmed on Thursday, amid anger among his former colleagues over comments he’d made this week about Black Lives Matter protesters.

The Brexit Party leader and ally of President Donald Trump had his microphone muted during an appearance on ITV’s “Good Morning Britain” this week after he compared Black Lives Matter protesters who downed a statue of British slave trader Edward Colston to the Taliban.

A spokesperson for LBC did not fully explain why Farage had left, saying only that “Nigel Farage’s contract with LBC is up very shortly and, following discussions with him, Nigel is stepping down from LBC with immediate effect.”

The LBC representative added, “We thank Nigel for the enormous contribution he has made to LBC and wish him well.”

However, sources at the station told Business Insider that Farage’s time there had been brought to an end because of widespread anger among Black, Asian, and minority ethnic (BAME) staff about Farage’s comments. One source said there had been “so much anger” among staff about the station publicly endorsing the Black Lives Matter movement “while promoting a man that likened it to the Taliban.”

One source at the station said his latest comments were the “breaking point” for LBC, in a reference to the notorious billboard Farage unveiled during the Brexit referendum campaign.

Business Insider previously reported on longstanding disquiet about Farage’s position among some of his former colleagues. Colleagues had warned that Farage risked becoming the “next Katie Hopkins.”

Hopkins also lost her show on the station in 2017 after a tweet in which she called for a “final solution” following the Manchester terror attack.

Farage could not be reached for comment following the announcement.

However, speaking on Talk Radio on Friday morning Farage said: “the break with LBC – well we’ve been in negotiations for some time but in the end as with everything in life it happens rather suddenly and I don’t wish to comment about it.”

He added, “I’ve no wish to display sour grapes or anything like that at all.”