The victims killed in a terror attack in Nice, France, were a 60-year-old worshipper, a church sexton, and a mum of 3 whose last words were 'tell my children I love them' 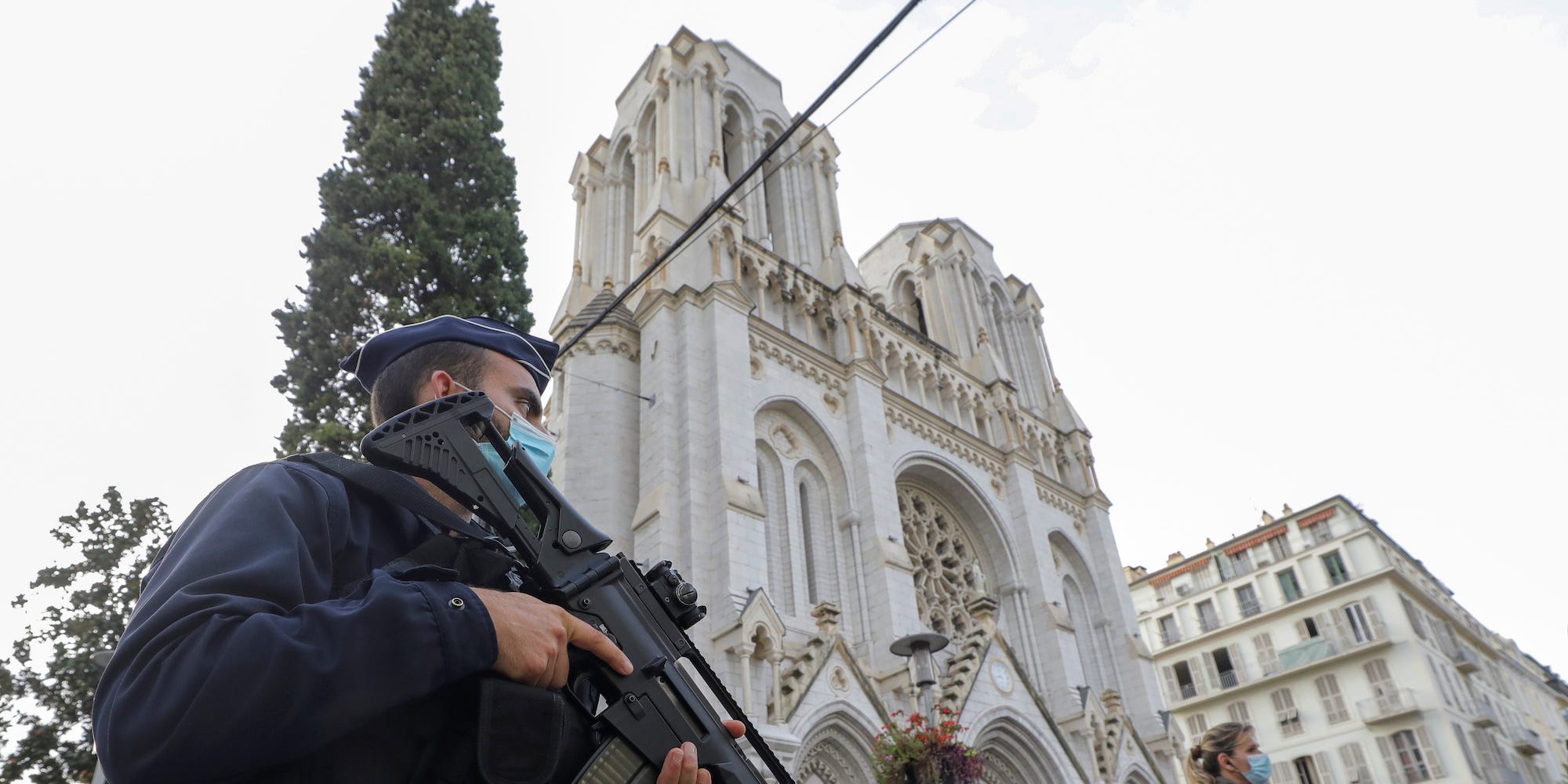 Three people were killed in a knife attack at a Catholic church in Nice, France, on Thursday morning.

The attack in the city’s Notre-Dame church followed the beheading of a teacher in Paris on October 16 that authorities have described as motivated by religion.

Prosecutors identified the suspect in the Nice attack as a 21-year-old man from Tunisia who came to Europe via Italy in late September. He was shot by the police and is in intensive care, authorities said.

Much of the Muslim world has railed against France since President Emmanuel Macron announced a law on October 2 that would give France get unprecedented oversight over mosques and Islamic associations. Macron was accused of Islamophobia after describing Islam as a religion “in crisis.”

Here’s what we know about Thursday’s victims.

Vincent LoquÃ¨s, a 54-year-old Frenchman from the Saint-Etienne-de-TinÃ©e neighbourhood of Nice, had worked as a sexton in the church since 2013, according to the Nice-Matin newspaper.

LoquÃ¨s was found in the church with his throat slit, Agence France-Press reported.

He was divorced and had two daughters aged 21 and 25, BFM TV said. He would have been 55 on Friday.

LoquÃ¨s’ duties at Notre-Dame included opening and closing the church each day and organising masses and ceremonies, Le Parisien reported.

Father Jean-Louis Giordan, who was the priest of Notre-Dame until 2019, told the newspaper that LoquÃ¨s was “cheerful, generous, reliable, with a strong character.”

“He was very good with his hands, able to patch up buildings and make a beautiful Christmas crib as he did every year,” he said.

A parishioner told Nice-Matin: “He was someone very important. We used to see him every day. It hurts the heart.”

Silva was badly wounded in the attack, fled the church, and found shelter in a nearby bar. “Tell my children I love them,” Silva told paramedics shortly before she died, BFM TV reported.

“The Brazilian government regretfully announces that one of the fatalities was a 44-year-old Brazilian mother of three children, living in France,” Brazil’s foreign ministry told Agence France-Presse.

Brazilian President Jair Bolsonaro described the killing as “christophobia,” a term he popularised in 2019, according to Correio Braziliense.

Authorities have not named the third victim but identified her as a 60-year-old woman who had come to Notre-Dame to attend the first mass of the day.

She was found “almost beheaded” near the holy water font, a police source told Le Figaro.