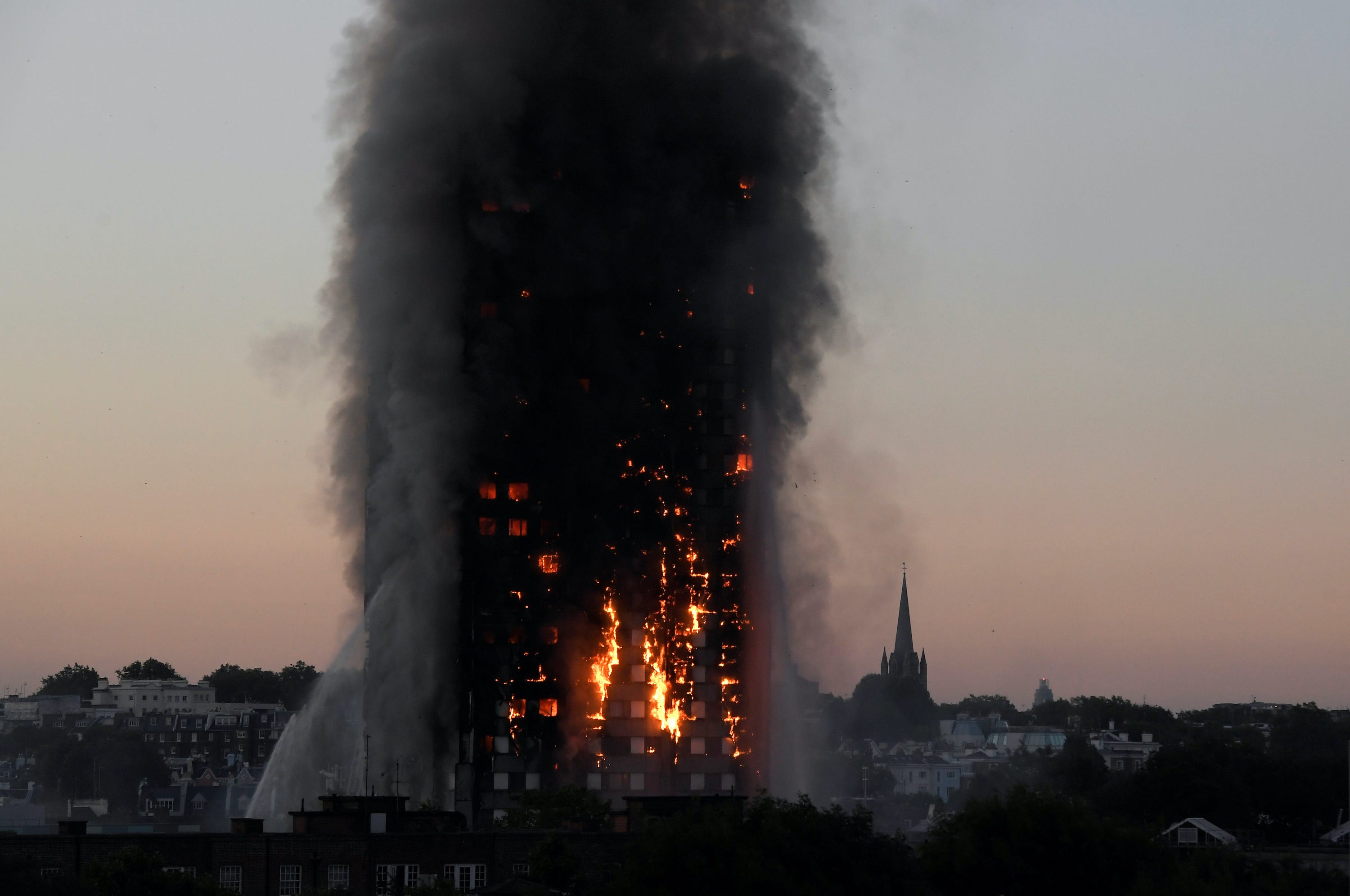 â€¨On the morning of September 16, a Wednesday, a discarded cigarette set fire to a pile of autumn leaves and litter outside the Queen Elizabeth hospital in Glasgow, Scotland. The main atrium filled with smoke. Patients and staff were forced out of the building.

Hospital fires are extreme risks for the National Health Service because intensive care units use piped oxygen to treat patients, many of whom cannot be quickly evacuated.

There have been at least 4,720 hospital and medical care facility fires in England since 2013, causing six fatalities and 320 injuries, according to the UK Home Office. That’s an average of nearly four fires per hospital over the period (the NHS alone has 1,257 hospitals).

It is surprising that the death toll has not been worse.â€¨

An investigation by Insider has found that Glasgow is one of at least eight UK hospitals that still have some form of lethal aluminium composite (ACM) cladding or plastic petrol-based insulation on their premises â€” the type of construction material that exacerbated the Grenfell Tower fire of 2017, which killed 72 people.

Of the eight hospitals at risk, six told Insider they had not removed or did not plan to remove ACM cladding.

A hospital built with material that is banned

â€¨When firefighters arrived in Glasgow, they removed the facade of the building to check that flames had not spread up the exterior, the hospital told Insider in an emailed statement.

â€¨That was significant â€” flames running up and down the exterior paneling were the main reason the Grenfell fire moved so quickly and killed so many. The hospital removed some of its cladding in July 2019, after it was found to be made of an aluminium composite â€” a material related to the Grenfell disaster â€” a spokesperson told Insider in August.â€¨

An examination of the building specifications by an expert on behalf of Insider found that the paneling protecting the hospital from the weather is now banned in buildings over 18 metres high, according to the British Board of AgrÃ©ment, a construction industry certification body. That paneling was Alucobond Plus, a combustible aluminium composite product.

â€¨”The area affected by the fire was the original rain screen paneling, which is made of Alucobond plus. The insulation is Kingspan K15 which has fire retardant properties,” a hospital spokesperson told Insider after last month’s fire.â€¨

But independent fire safety and resilience expert Stephen Mackenzie told Insider that “even with Alucobond plus and K15 it would potentially fail the tests completed by the BRE.”

“They are lucky they didn’t lose the faÃ§ade or part of the hospital,” he said. Mackenzie is the former chair of the National Healthcare Fire Officers Association and Vice Chair of the Emergency Planning Society.

â€¨Of the eight hospitals, the other five that told Insider they still have ACM cladding are: Guy’s Hospital, the North Middlesex Hospital, and UCL Hospital in London, the Queen Elizabeth Hospital in Gateshead, and a new hospital building at the Royal Liverpool University Hospital.

â€¨UCL claims its cladding is compliant with building regulations. But this was disputed by two independent experts who reviewed documents provided in response to a freedom of information request by Insider. “They have made a mistake,” said Dr Jonathan Evans, who approved the BRE’s official tests, who added that it “clearly has combustible insulation.”

â€¨Two other hospitals told Insider they had not yet fully dealt with plastic foam insulation or construction defects that compromise fire containment and safety: King’s College Hospital in London and John Radcliffe in Oxford.

â€¨A ninth hospital, London’s Whittington, was stranded with fire safety issues after a private-finance initiative set up to fund the redevelopment of its acute care unit went bankrupt. The hospital launched a “major fire safety remediation project” following a fire that broke out in the basement of the building in January 2018, according to a Trust board report.

â€¨A spokesperson for Whittington said: “The only aluminium section used is the end cap pieces to the lean-to canopies that enable the play terrace [in the children’s ward] to be used in all weathers.”

A separate spokesperson then told Insider that “it is our intention to fully address these deficiencies” after a review of its construction. Two other hospitals in Insider’s investigation (John Radcliffe and Liverpool) were also left with dangerous cladding following the financial collapse of government contractors.

â€¨Mackenzie, the safety expert, today called for a public inquiry into hospital fire risks. He wrote to Prime Minister Boris Johnson warning him of a potential “disaster similar to Grenfell at a UK hospital” that could lead to a “catastrophic” loss of life. He said that “in very high-dependency units, evacuation may result in fatalities.”

The budget for making hospitals safe from fires is tiny

â€¨Mackenzie claims that the scope of the cladding problem is bigger than government figures suggest.

â€¨He called on the Department of Health and Social Care to “investigate PFI [private finance initiative] projects in England, given several hospitals were left with significant fire defects following the collapse of PFI contractors.”â€¨

PFIs were brought in under the Conservative government in the 1990s as a way to make the NHS more affordable by sharing costs with private companies. The government plans to make a Â£3.7 billion package of funding available to build 40 new PFI hospitals.

â€¨One reason so many hospitals still have deadly cladding is because the budget for fixing them is tiny: The government spent just Â£2.4 million on removing combustible cladding from NHS Trust buildings in 2018/19, a person familiar with the Department of Health told Insider. By comparison, Â£1.6 billion was made available to the private residential sector to fix Grenfell issues. The government has not yet published figures for 2019/20.