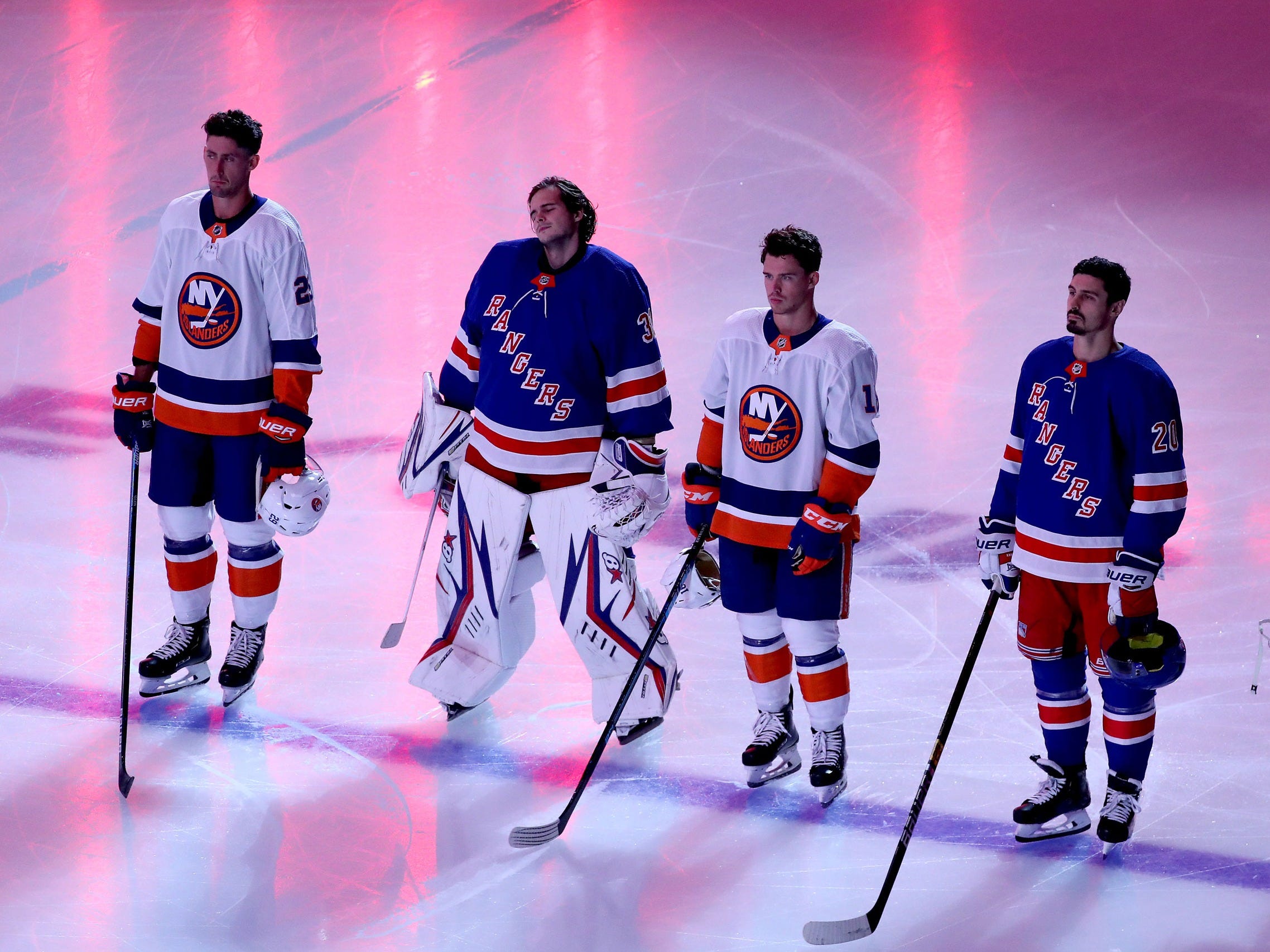 Andre Ringuette/Freestyle Photo/Getty ImagesNHL fans took a knee for their sport after Eric Trump praised the league’s players for standing for the national anthem.

NHL fans are posting pictures of themselves kneeling in their jerseys with the hashtag #Kneel4Hockey on social media.

The trend comes just as the NHL prepares to restart its season out of two bubbles located in Canada.

In the warm-up scrimmages ahead of the restart, players from opposing teams have been standing together for the anthem as a show of unity. Players are not taking a knee during the national anthem, as has become common in the NBA, or leaving the court, as did WNBA players.

Some political figures on the right, including Eric Trump, tweeted their support for the players standing for the anthem on Thursday night.

In response, NHL fans posted images of themselves kneeling in their jerseys, in a show of solidarity with Black Lives Matter.

Today, we as hockey fans need to #Kneel4Hockey if we really want #HockeyIsForEveryone to be true. I love the sport, but work needs to be done to make the game open, accepting, and available to everyone.

i love this sport, and hope someday it actually will be “for everyone.” but we’re not there yet and we won’t get there without a fight. now is the time for @nhl to decide what side of history they’d like to fall on.#Kneel4Hockey #BlackLivesMatter pic.twitter.com/yta5r6rfHs

If the league won’t do it, I will. #BlackLivesMatter #Kneel4Hockey pic.twitter.com/WS2SJIegGD

Teams that stood with their opponents as the anthem played had intended the statement to be seen as a message of unity.

“It was something for equality and justice, (anti) racism,” Flyers centre Sean Couturier said after his team stood side-by-side with the Penguins ahead of their scrimmage, per NBC Sports. “It was to respect people, your opponent. We’re a pretty big rival, but at least it shows the way that we have respect for each other, the same as in life.”

With the #Kneel4Hockey campaign, some fans are looking to push for a clearer statement from the players.