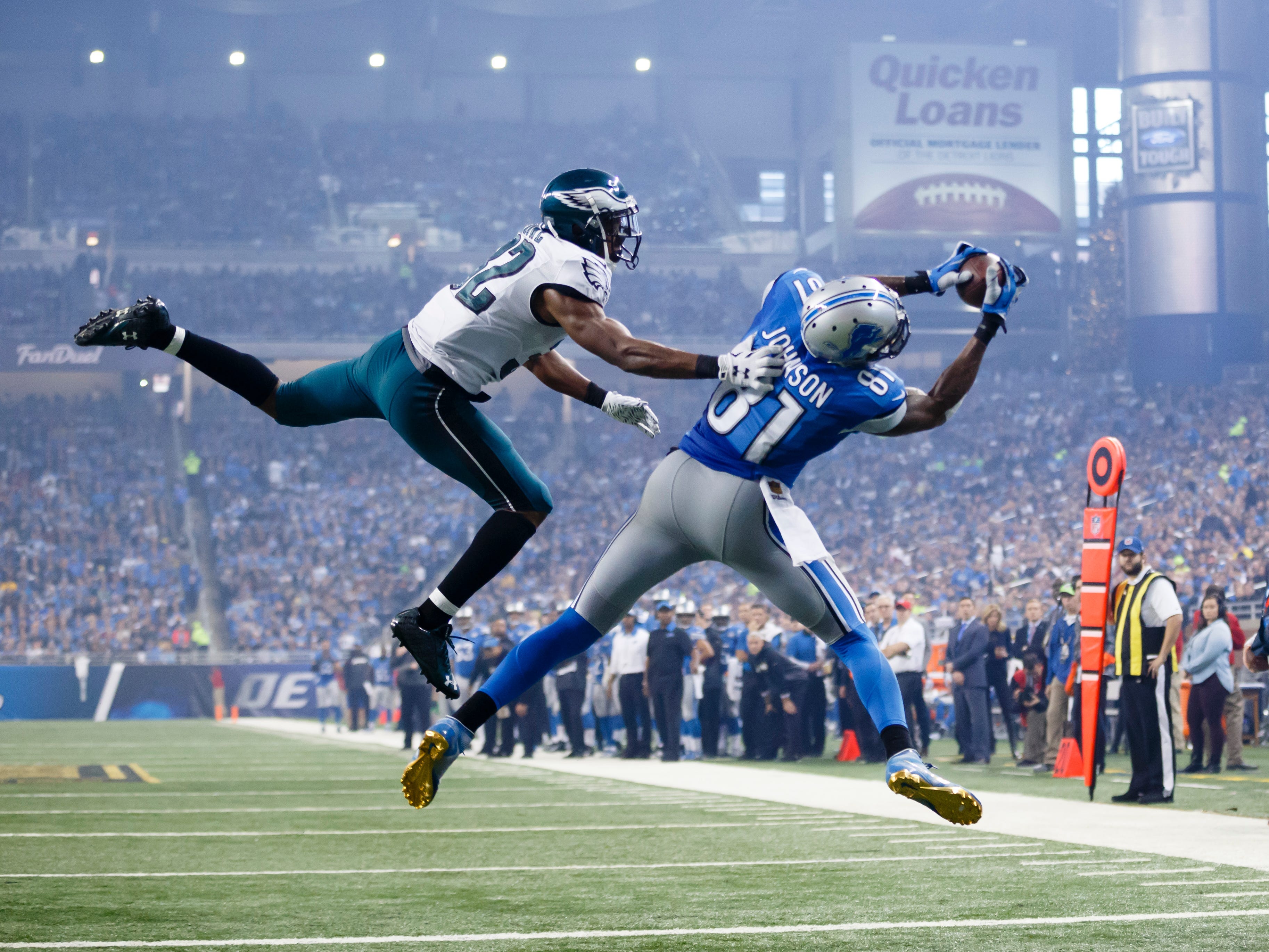 Sports photographers through the years have captured stunning photos of NFL players in action. From jaw-dropping interceptions to ecstatic touchdowns, the sport lends itself to dramatic moments.

As the playoffs get underway, we’ve selected some of the most powerful photos taken in recent NFL history. They include highlights from the NFL’s own list of greatest football photos, which was compiled in honour of its 100th season in 2019.

With Super Bowl LV around the corner, here are 15 iconic football photos taken at the perfect time.

Steve Young and Brett Favre stood arm in arm after the Green Bay Packers beat the San Francisco 49ers in 1998. 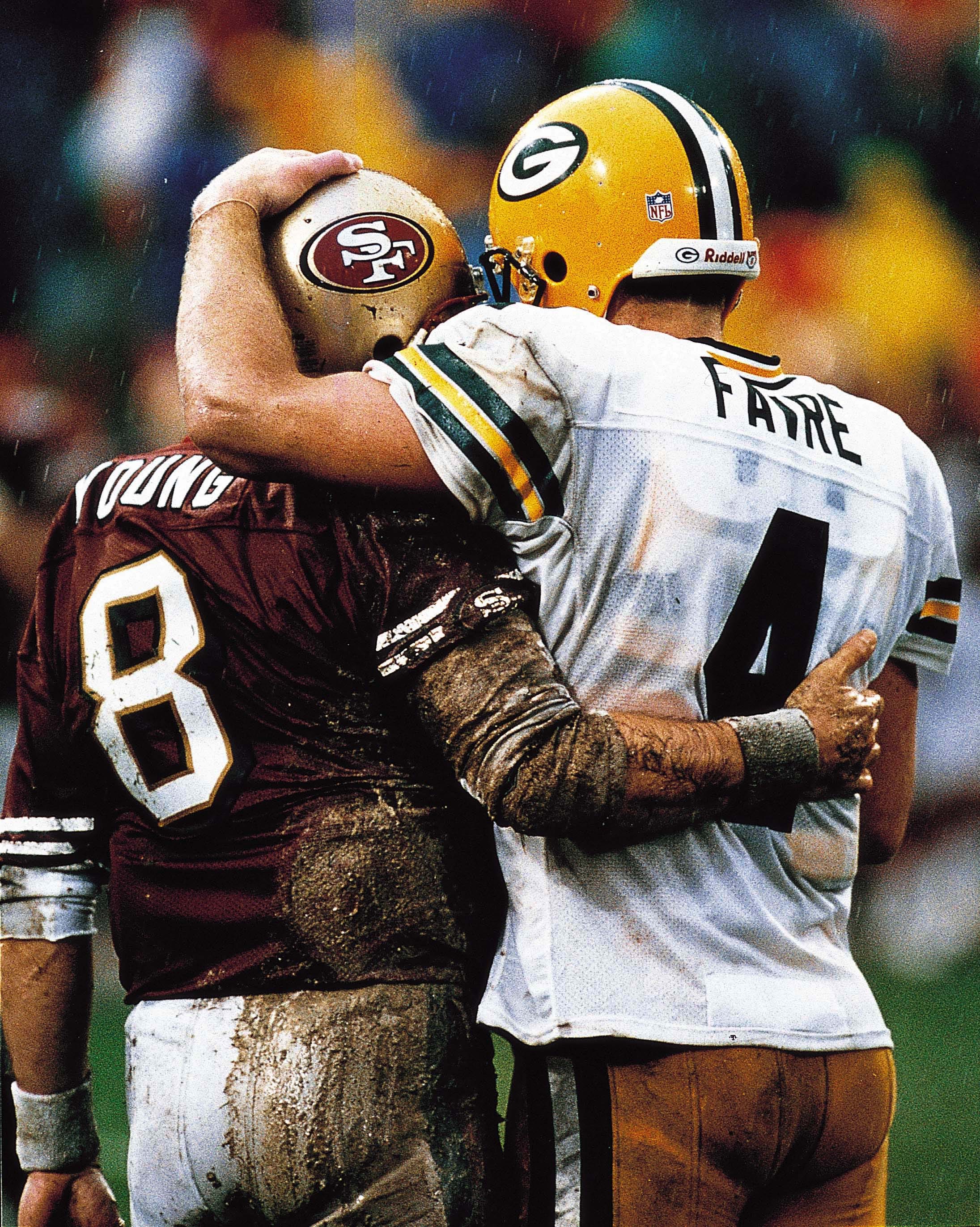 The iconic display of sportsmanship was captured by Getty photographer Mickey Pfleger.


Read more:
The most famous football player from every state 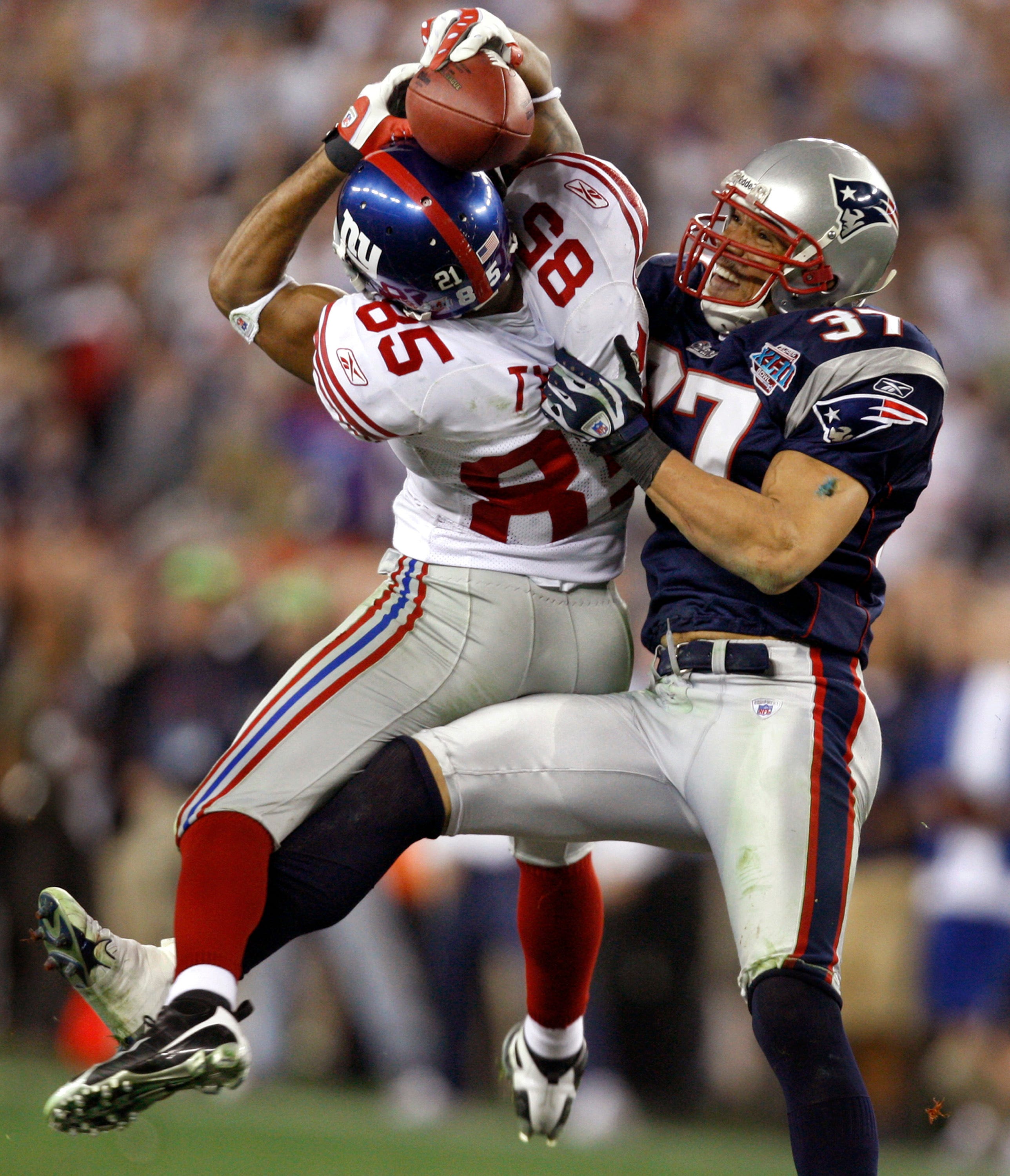 With one minute and 15 seconds left in the game, Tyree caught a 32-yard pass against his helmet. One touchdown later, the Giants won Super Bowl XLII. Tyree’s catch ranks third in NFL’s 100 Greatest Plays. 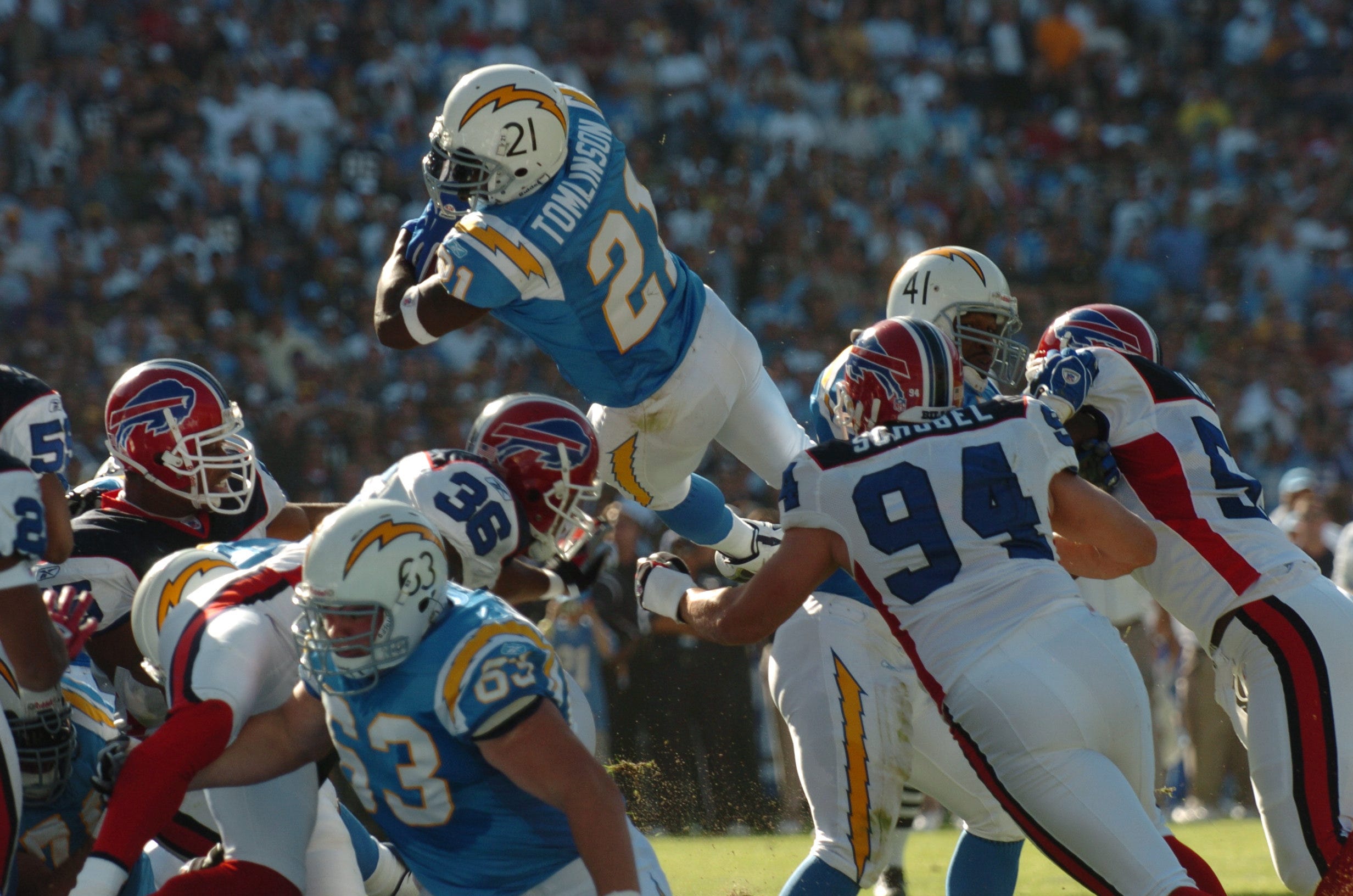 The Chargers ended up winning the game 48-10.

Odell Beckham of the New York Giants stretched backwards to make a one-handed catch for a touchdown against the Dallas Cowboys in 2014. 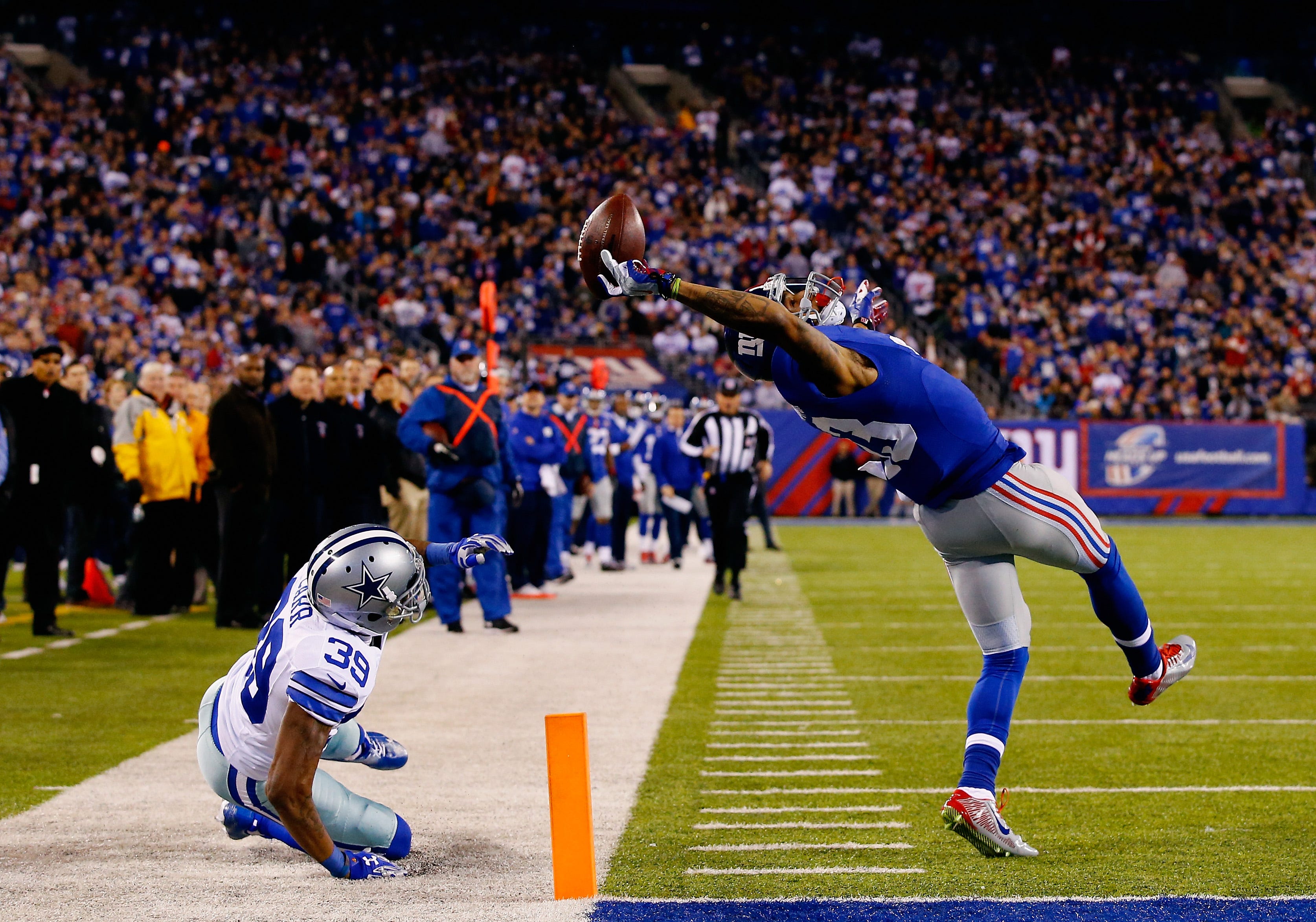 The Cowboys ended up narrowly winning the November 23 game with a score of 31-28.

Green Bay Packers wide receiver Donald Driver made a face at a fan as he scored a touchdown in 2012. 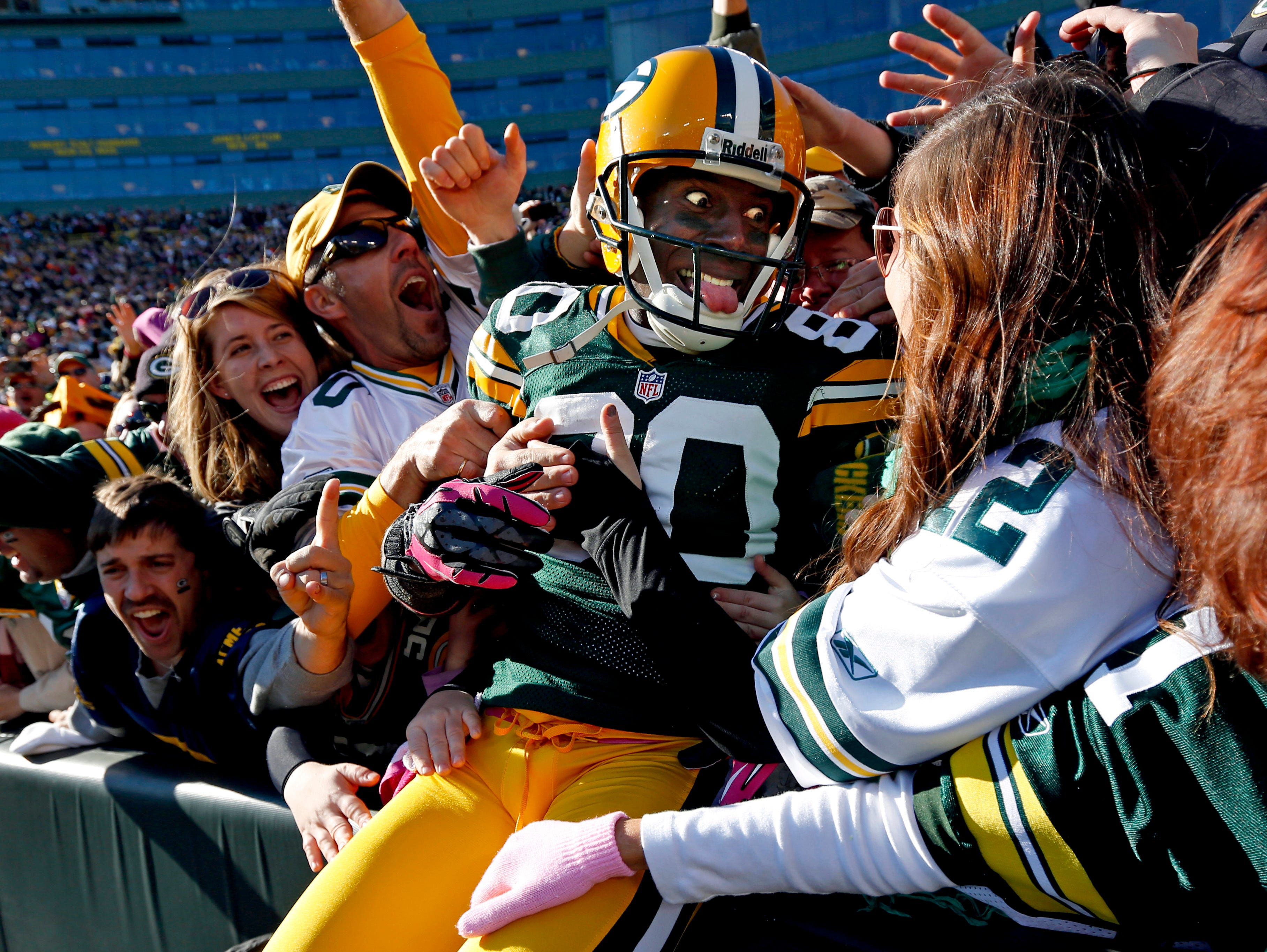 His jump into the crowd is known as a “Lambeau Leap.”

Reggie Bush of the New Orleans Saints dove into the end zone to score a touchdown against the Pittsburgh Steelers in 2006. 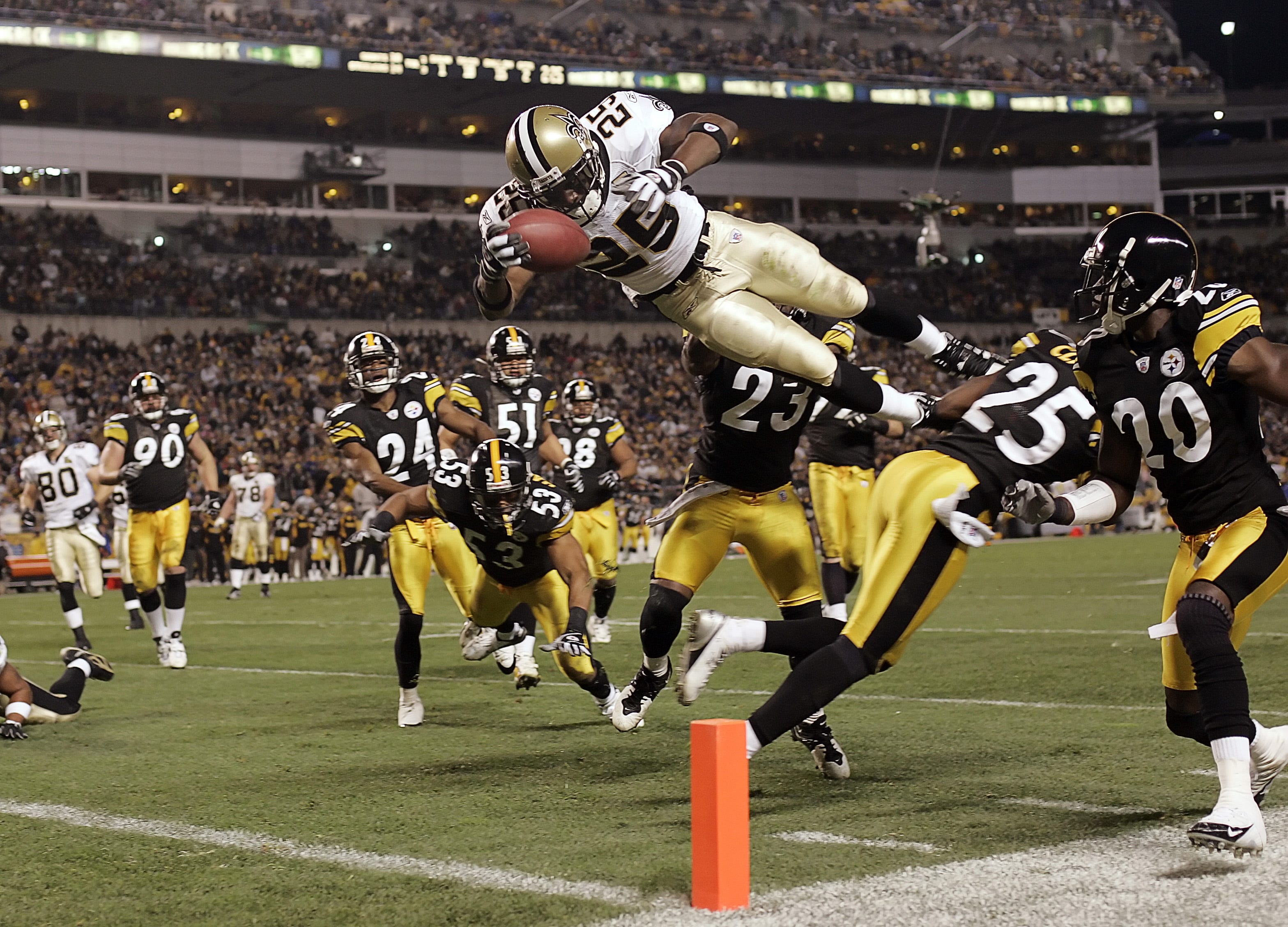 Despite Bush’s efforts, the Pittsburgh Steelers won the game 38-31. 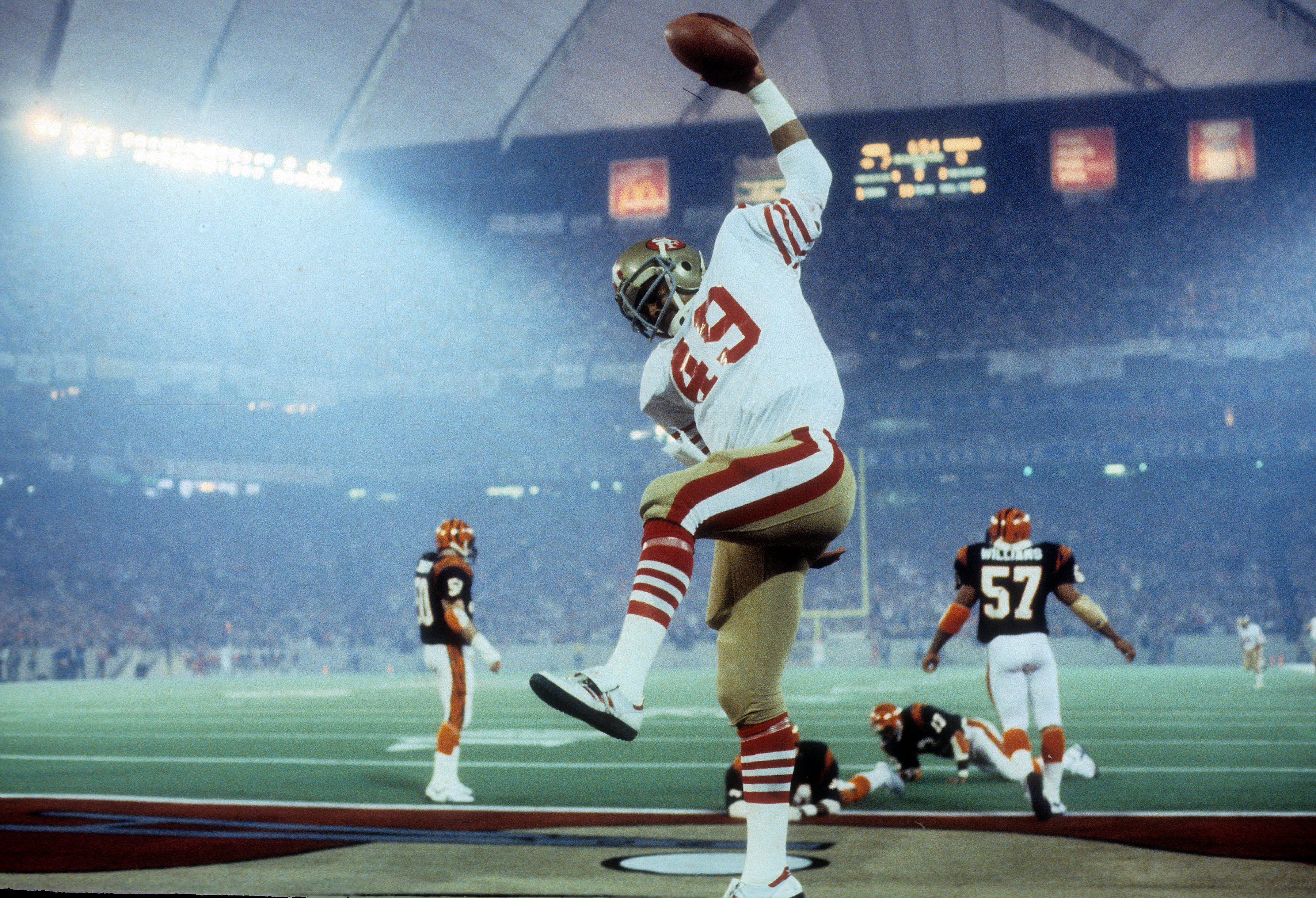 In their first-ever Super Bowl victory, the 49ers won the 1982 championship against the Cincinnati Bengals 26-20.

Cleveland Browns tight end David Njoku did a jumping split upon scoring a touchdown against the Baltimore Ravens in 2017. 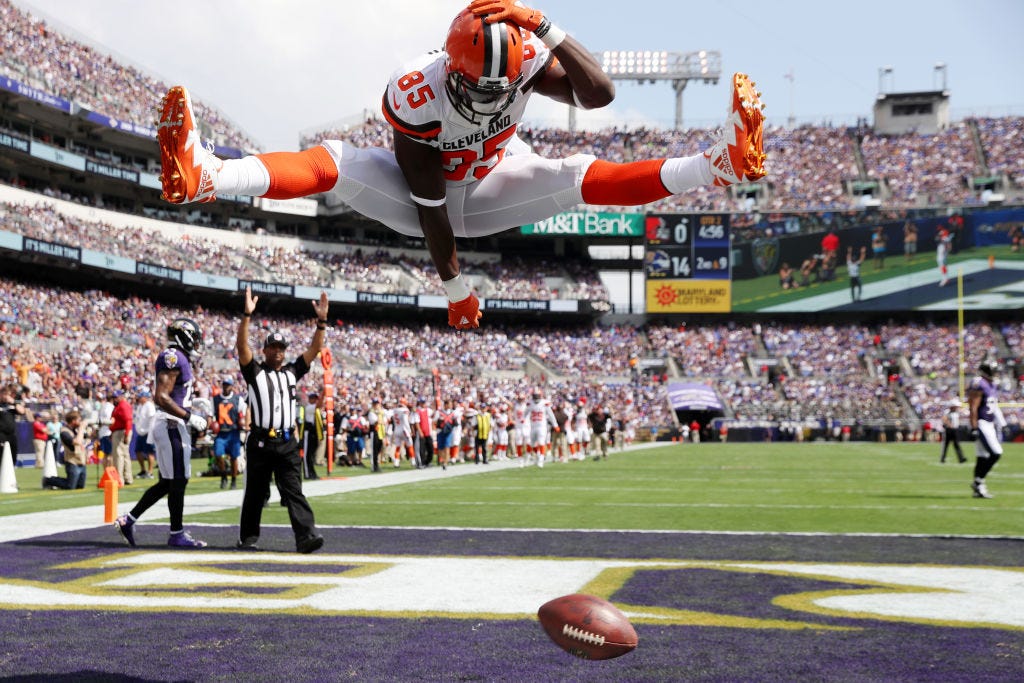 The Baltimore Ravens won the game 10-24.

Antonio Cromartie of the San Diego Chargers intercepted the ball from the Indianapolis Colts’ Reggie Wayne in 2007. 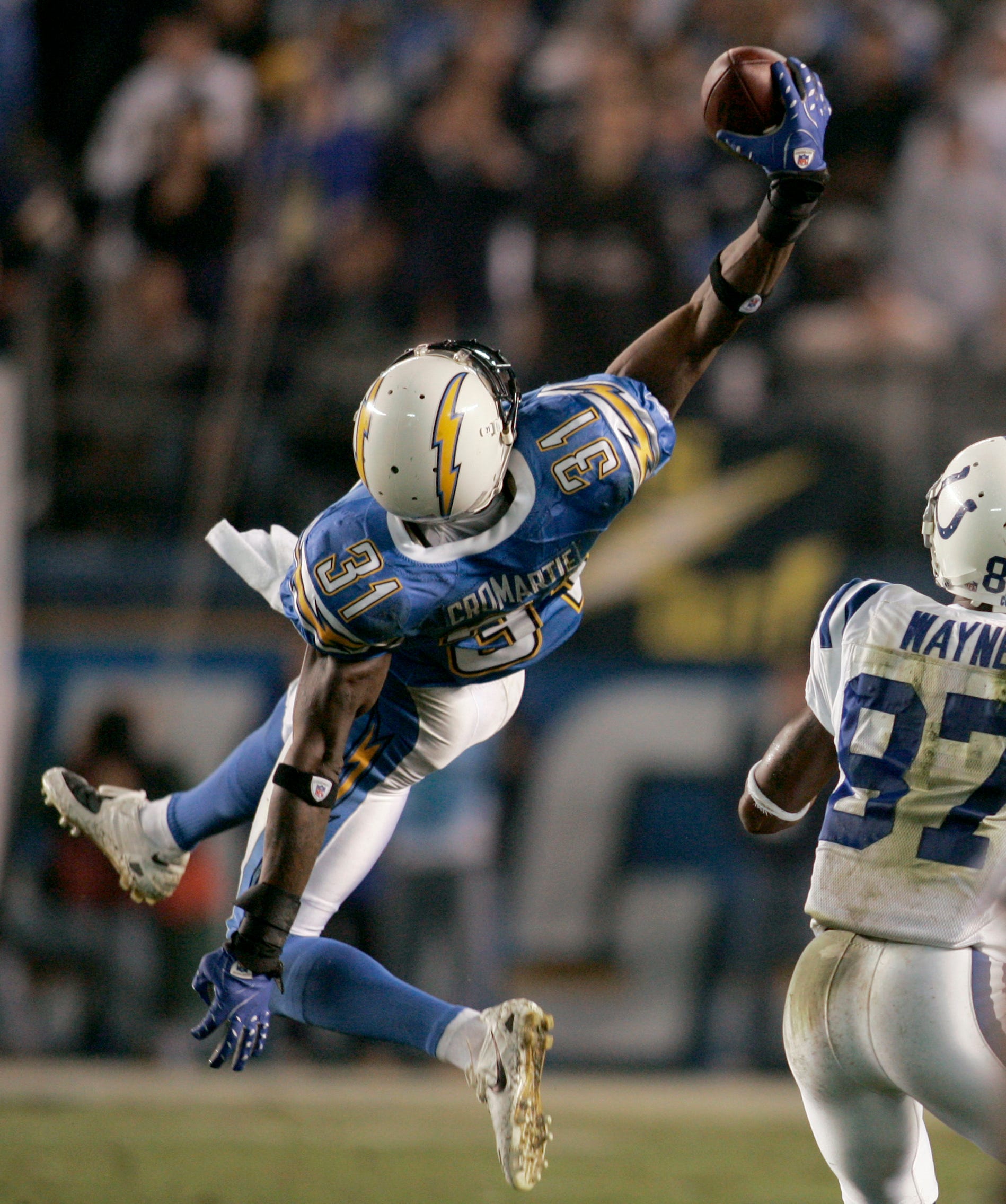 The stunning leap was Cromartie’s third interception of the first half of the game. 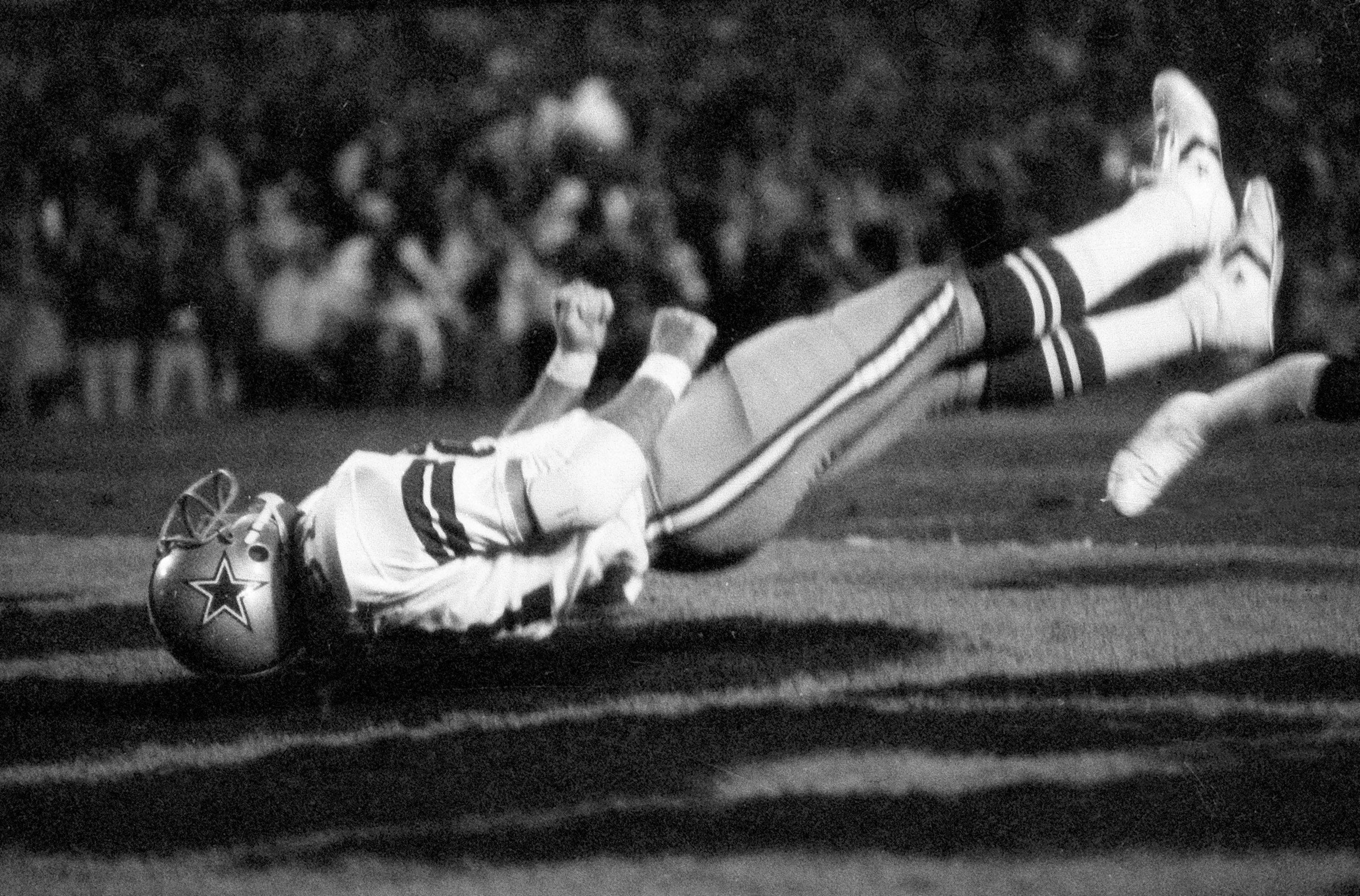 The catch would have tied the game in the third quarter, but the Steelers ended up winning 35-31. 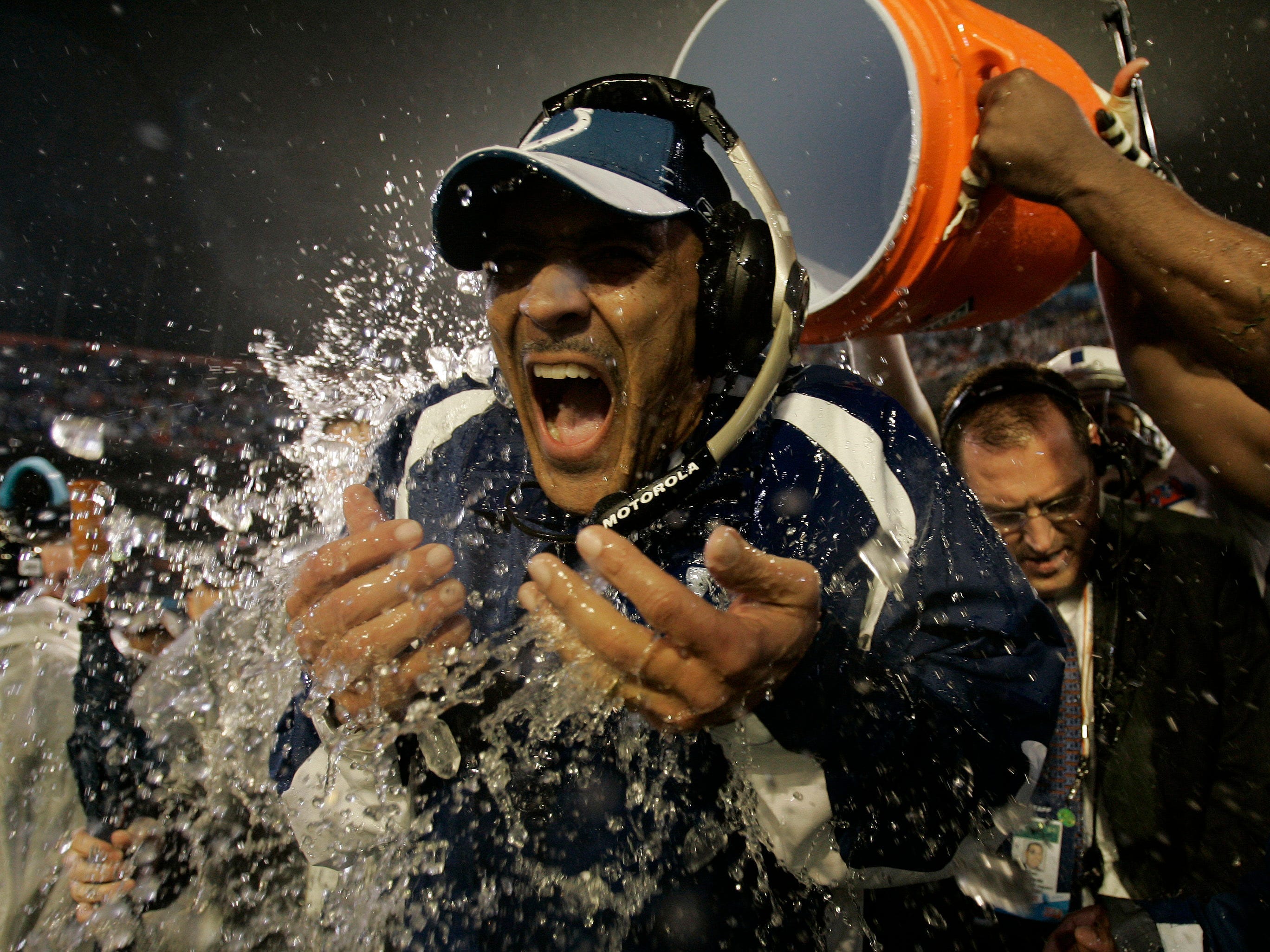 The Colts defeated the Chicago Bears 29-17. Johnson retired from the NFL in 2016. Eric Rowe now plays for the Miami Dolphins.

Dallas Cowboys wide receiver Terrell Owens stuffed his helmet with popcorn after scoring a touchdown in 2007. 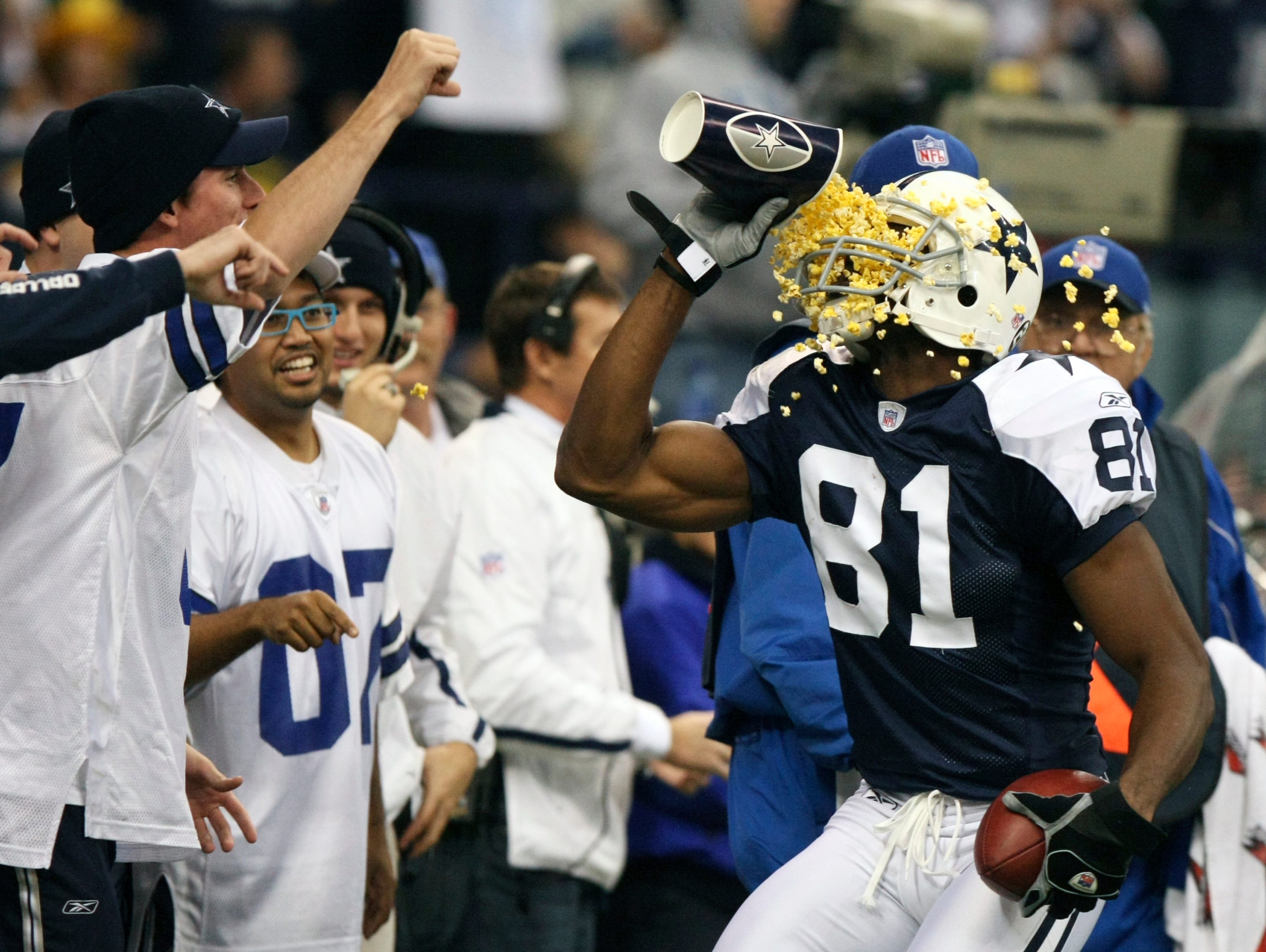 Owens was inducted into the Pro Football Hall of Fame in 2018. 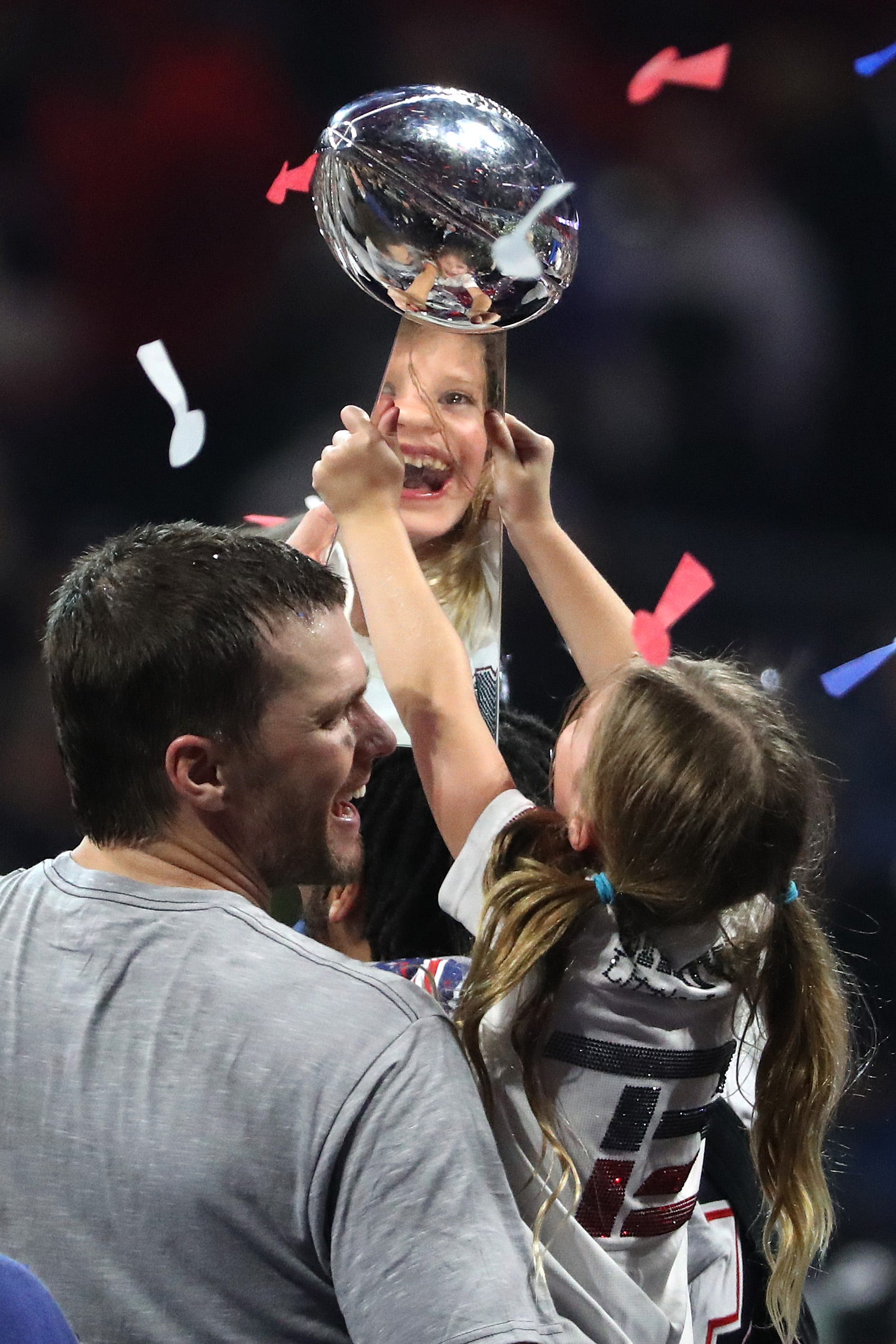 Brady’s daughter, Vivian Lake, held the trophy above her head after the Patriots’ Super Bowl victory. The camera angle caught the reflection of her ear-to-ear smile in the trophy’s shiny surface.

Kansas City Chiefs players dumped a cooler of Gatorade over head coach Andy Reid after their Super Bowl win in 2020. 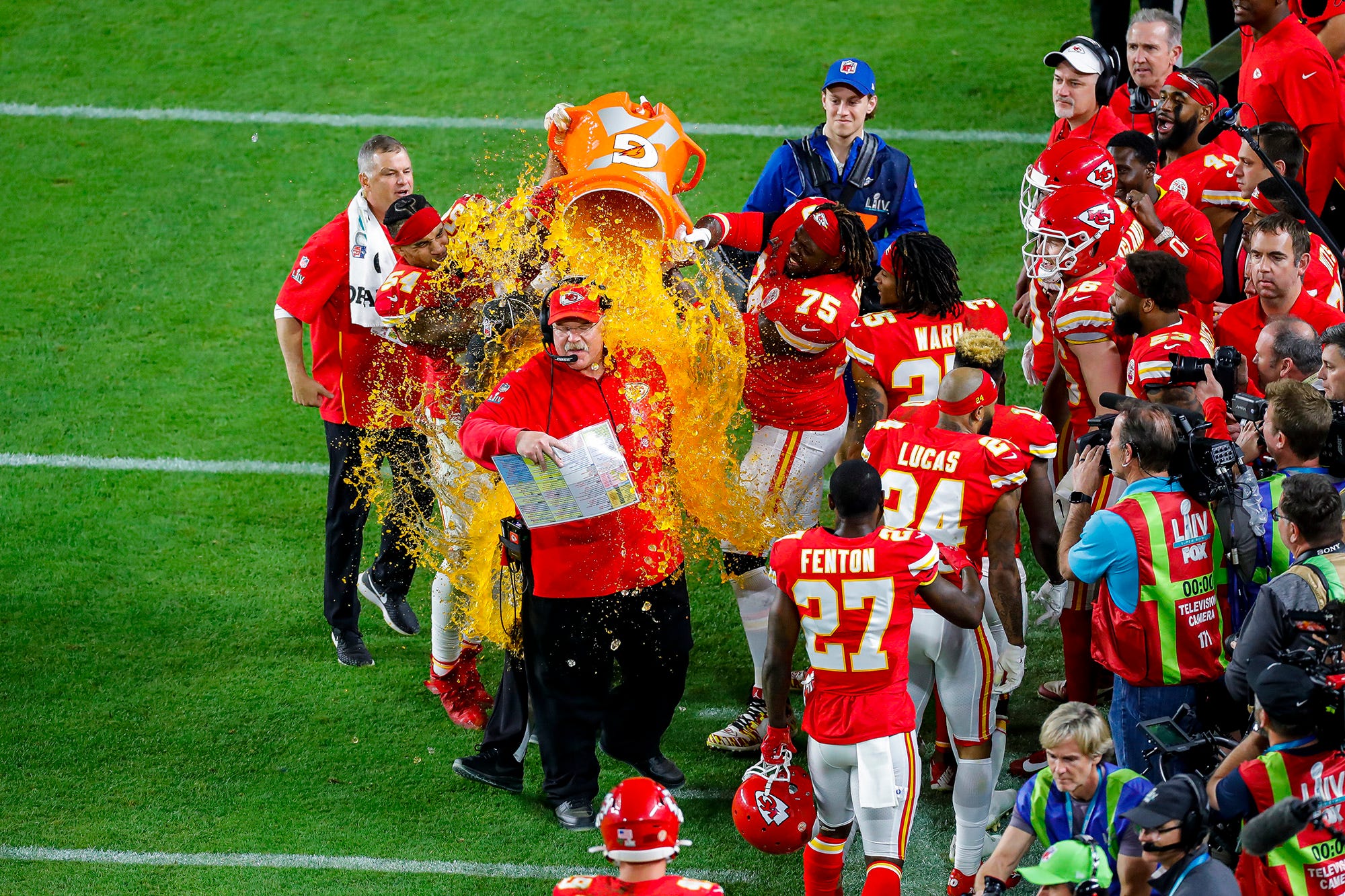 The photo appears to have been taken before Reid noticed what had happened. The Kansas City Chiefs defeated the San Francisco 49ers at Super Bowl LIV.