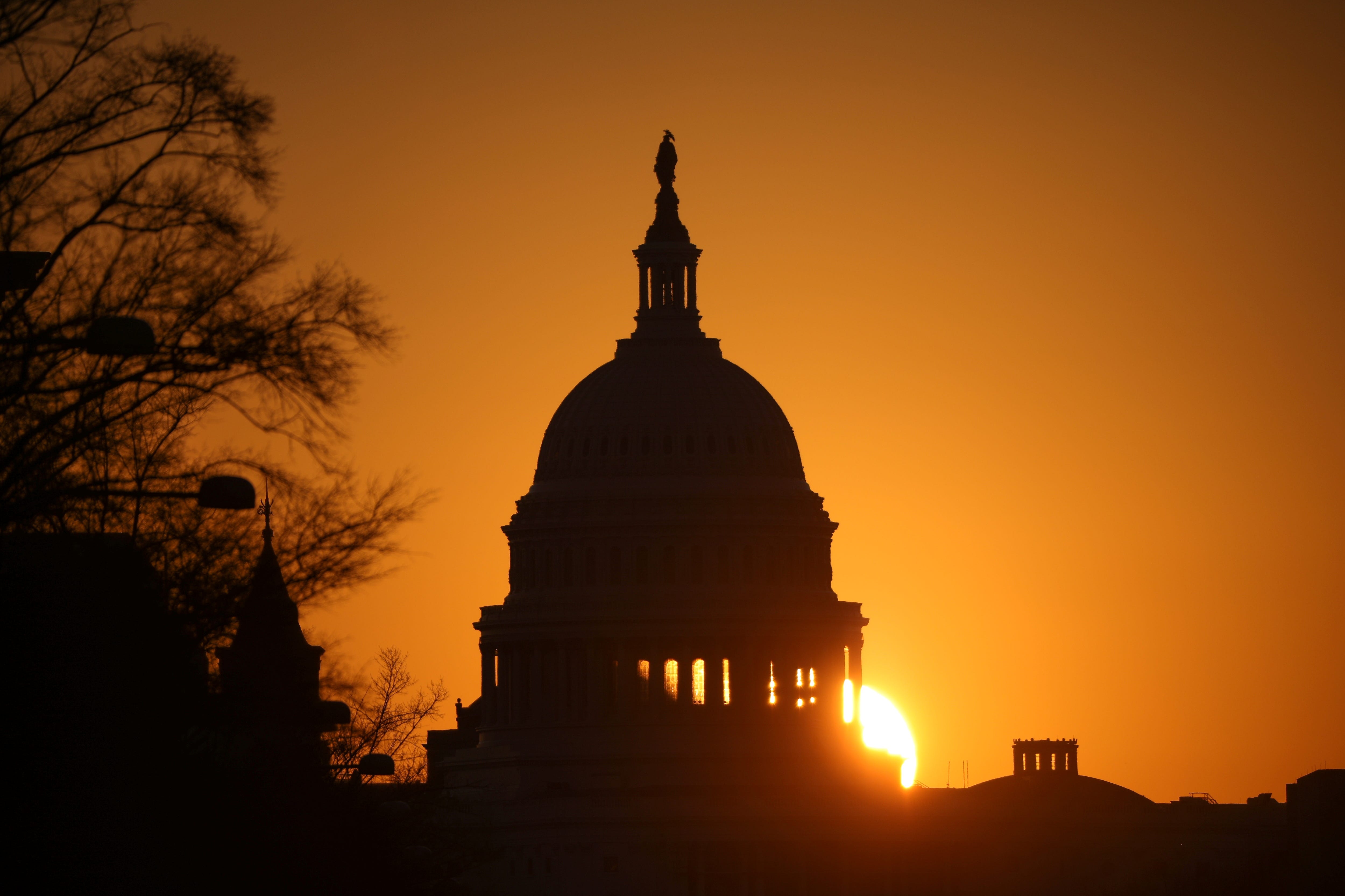 Tom Brenner/ReutersThe sun rises on Monday over the US Capitol ahead of Trump’s second impeachment trial.

House impeachment managers last week brought their case against former President Donald Trump to the Senate for a five-day trial. Trump was charged with incitement of insurrection related to the deadly event at the Capitol on January 6. Trump was acquitted on Saturday. 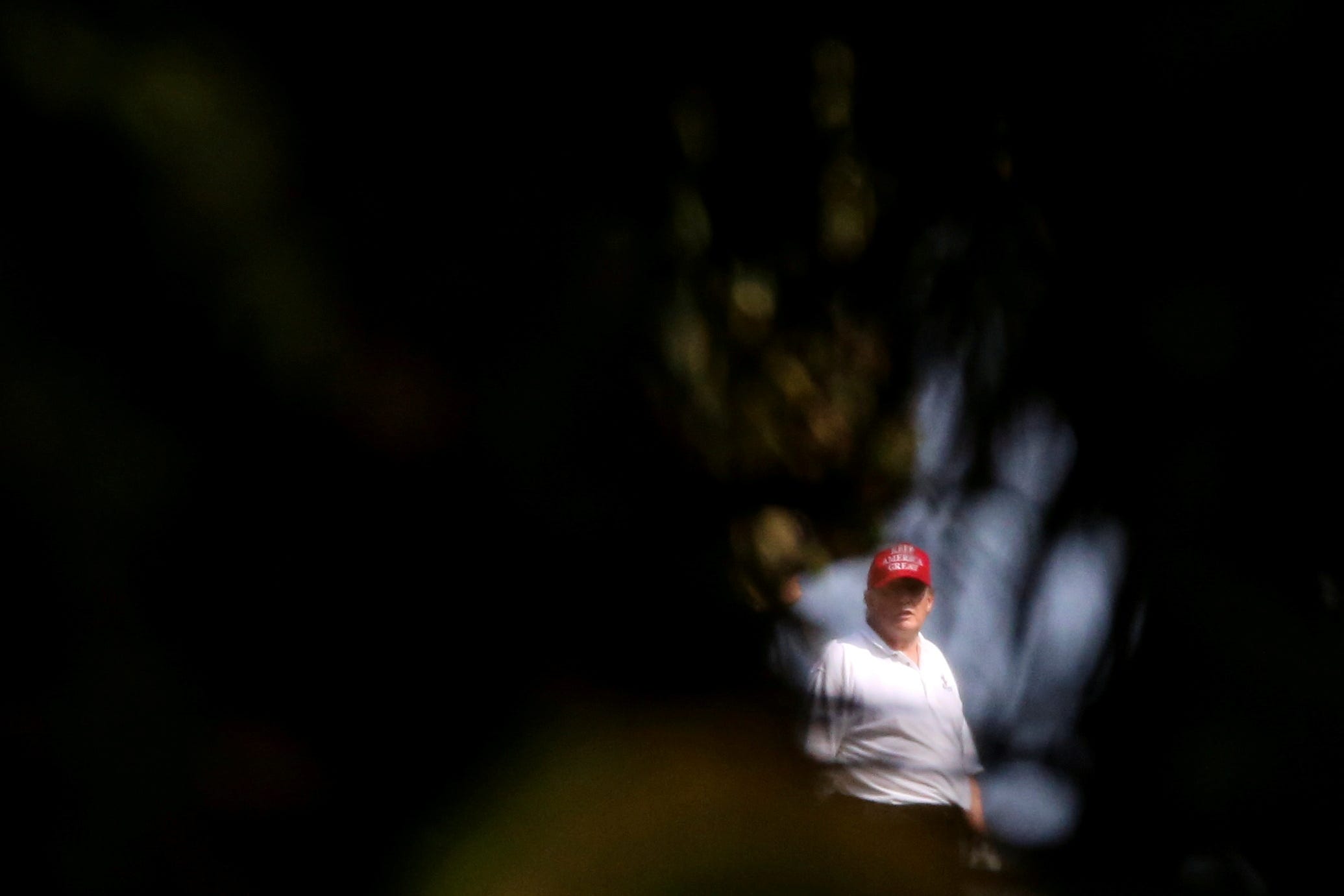 Trump was photographed playing golf in Florida on Monday, as House impeachment managers prepared their case against him in Washington.

In a pretrial brief submitted Monday, lawyers representing Trump argued that his January 6 rally speech “was not and could not be construed to encourage acts of violence.”


Read more: Inside Democrats’ plans to make sure there’s no Trump 2.0 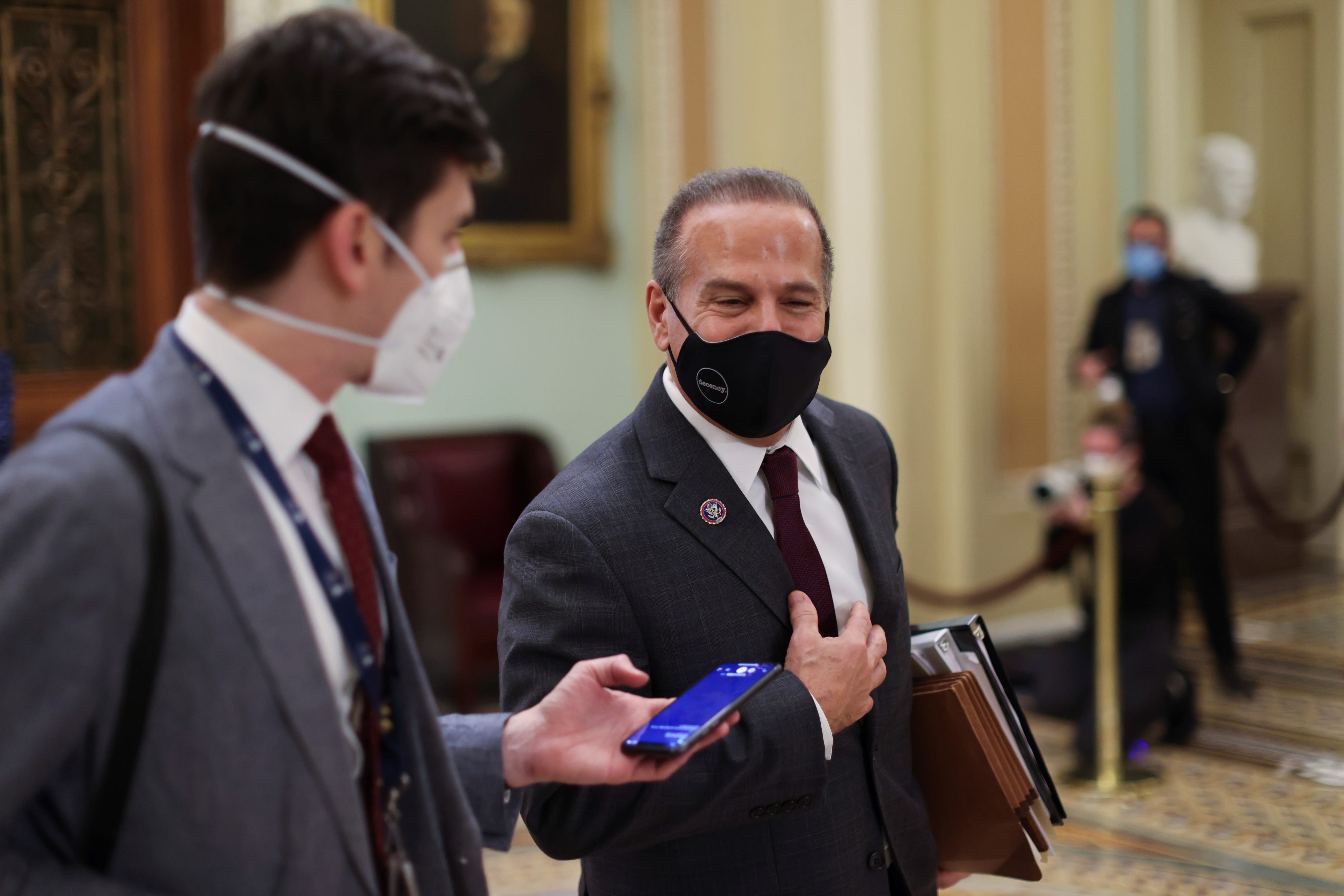 Jonathan Ernst/ReutersHouse impeachment manager Rep. David Cicilline on Tuesday talks to reporters after the Senate voted to proceed with the trial.

As the impeachment trial began on Tuesday, 56 senators â€” including six Republicans â€” voted that the trial was constitutional. The House impeachment managers set the tone for the trial with a graphic video syncing up Trump’s January 6 rally speech with the march on the Capitol.

President Joe Biden on Tuesday said he wasn’t watching the trial. “I have a job,” he told reporters.

Senate minority leader Mitch McConnell on Tuesday reportedly said he hadn’t ruled out the possibility of voting to convict Trump.

On the second day of Trump’s second impeachment trial, House impeachment managers began their oral arguments and shared chilling videos of violence and close calls during the Capitol siege. Some of the footage suggested the rioters were looking for Pelosi and vice president, Mike Pence.

“The mob was looking for Vice President Pence because of his patriotism because the vice president had refused to do what the president demand, and overturn the election results,” said Congresswoman Stacey Plaskett.

Trump’s tweets, speeches, and statements were focal points, but the former president didn’t testify. Trump reportedly was unmoved and mocked Democrats as they laid out their case against him on Wednesday.

Mandel Ngan/Pool/ReutersDavid Schoen and Bruce Castor, lawyers for Trump, walk in the Senate Reception Room of the Capitol during third day of Trump’s trial.

On Thursday, three Republican senators met with Trump’s lawyers. CNN reported that Sens. Ted Cruz, Lindsey Graham, and Mike Lee met with the defence team at the US Capitol.

“We were discussing their strategy for tomorrow, and we were sharing our thoughts, in terms of where the argument was and where to go,” Cruz said on Thursday.


Read more: Trump’s impeachment defence is basically ‘Don’t hold me accountable for violence or there might be more violence.’

Trump’s lawyers on Friday laid out their defence, saying in part that the House impeachment managers may have manipulated parts of their presentation. The lawyers wrapped up their oral arguments in less than three hours. Here are the key takeaways from their defence.

In a Q&A, Sens. Mitt Romney and Susan Collins asked whether Trump knew that Pence was in danger during the riot.

“The answer is no,” attorney Michael van der Veen said.

Meanwhile, some Democrats laughed and rolled their eyes as the defence team played videos featuring them.

Al Drago/ReutersMcConnell arrives at his office after speaking on the Senate floor on the final day of the impeachment trial.

Trump was acquitted on Saturday. Fifty-seven senators voted to convict. Cruz said he had previously advised Trump’s lawyers that they’d “already won” the case. McConnell voted to acquit Trump, but tore into the former president in a speech.

In a statement, Trump thanked his supporters. “This has been yet another phase of the greatest witch hunt in the history of our Country,” he said.

He added: “No president has ever gone through anything like it, and it continues because our opponents cannot forget the almost 75 million people, the highest number ever for a sitting president, who voted for us just a few short months ago.”

Biden said the trial was a “sad chapter” that demonstrated how “fragile” US democracy was.

“While the final vote did not lead to a conviction, the substance of the charge is not in dispute,” he said in a statement.

After the acquittal, one of Trump’s lawyers was heard telling colleagues: “We’re going to Disney World!”