New Zealand Prime Minister Jacinda Ardern has been praised for her response to the coronavirus pandemic, with some saying she 'squashed' the curve. Here's everything you need to know about her. The Washington Post praised Jacinda Ardern for her response to the coronavirus pandemic, which included putting New Zealand on a month-long lockdown beginning March 25. New Zealand also closed its borders on March 20, denying entry into New Zealand to everyone who is not a citizen, resident, or close family member of a citizen or resident.

This isn’t the first time Ardern, the leader of New Zealand’s Labour Party, has been praised for her efforts – since taking office she has fought against sexism, led gun reform policies, and tried to normalize being a working mother in politics.

Here’s everything you need to know about the prime minister:

New Zealand Prime Minister Jacinda Ardern has been praised for her response to the coronavirus pandemic.

caption
Prime Minister Jacinda Ardern looks on during a press conference at Parliament on April 07, 2020, in Wellington, New Zealand.

New Zealand went into a month-long lockdown on March 25 after closing its borders on March 20, and since then the nation’s number of confirmed coronavirus cases has fallen.

On April 3, there were 1,160 confirmed cases of COVID-19. Then for two days in a row, new case numbers fell despite more testing. On April 15, there were 1,078 cases in New Zealand, a nation of about 5 million people.

Ardern also said in a news conference on April 15 that she’s taking a 20% pay cut for the next six months along with her cabinet because of the pandemic’s effect on the economy.

“We acknowledge New Zealanders who are reliant on wage subsidies, taking pay cuts, and losing their jobs as a result of the COVID-19 global pandemic,” Ardern said. “Today, I can confirm that myself and government ministers and public service chief executives will take a 20% pay cut for the next six months.”

REUTERS/Arnd Wiegmann/File PhotoArdern at the World Economic Forum in Davos, Switzerland, in January 2019.

Ardern was raised by her mother and father, a police officer, in Murupara and Morrinsville on New Zealand’s North Island, according to The New Zealand Herald.

She was raised Mormon and described herself as an “acceptable nerd” in high school.

“It was how my friends identified me. I was both Mormon and the sober driver – that was the benefit they saw from my [church] membership,” she told Time in 2017.

In 2005, Arden left the Church of Jesus Christ of Latter-day Saints over its stance on LGBTQ people and now identifies as agnostic, People reported.

At 28 years old, Ardern was elected into New Zealand’s Parliament as part of the centre-left Labour Party.

At the time, she was the parliament’s youngest sitting member.

Nine years later, in July 2017, Ardern was serving as deputy to the Labour Party’s leader, Andrew Little, when he stepped down and named her as his successor.

Suddenly the party’s polling numbers started to climb in what the country called “Jacindamania,” according to NPR. 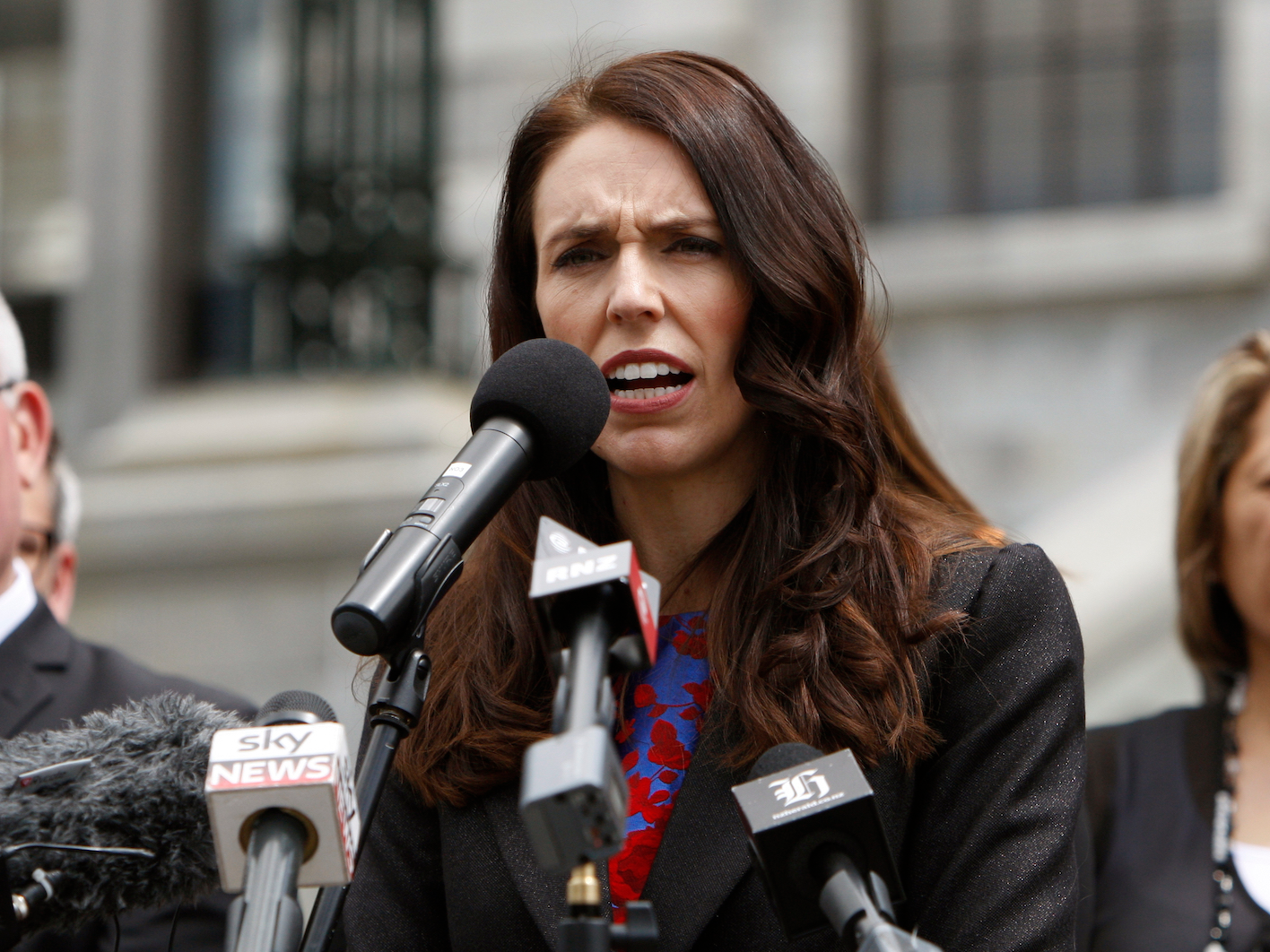 AP Photo/Nick PerryArdern after being sworn into office on October 26, 2017.

Her platform focused on education reform, poverty, and mental healthcare, and she campaigned with “relentless positivity,”NPR reported at the time.

Ardern was a welcoming presence who occasionally spoke with reporters directly in the beginning stages of her leadership, instead of going through a spokesperson.

An Australian journalist from ABC Radio said he called Ardern’s office shortly after she was named the country’s next prime minister to determine how to pronounce her last name.

He said on Twitter – and Ardern later confirmed, according to The Associated Press – that it was Ardern who unexpectedly answered the phone.

“It was funny. I was in a meeting and my desk phone started to ring, and it doesn’t ring much, so I went over and I saw it was an international number, and I just picked up,” Ardern told The New Zealand Herald.

how's this. heard variant pronunciations of jacinda ardern, so called her office. got JA on the blower immediately. she confirmed: AH-durn

Ardern became a mother while in office. 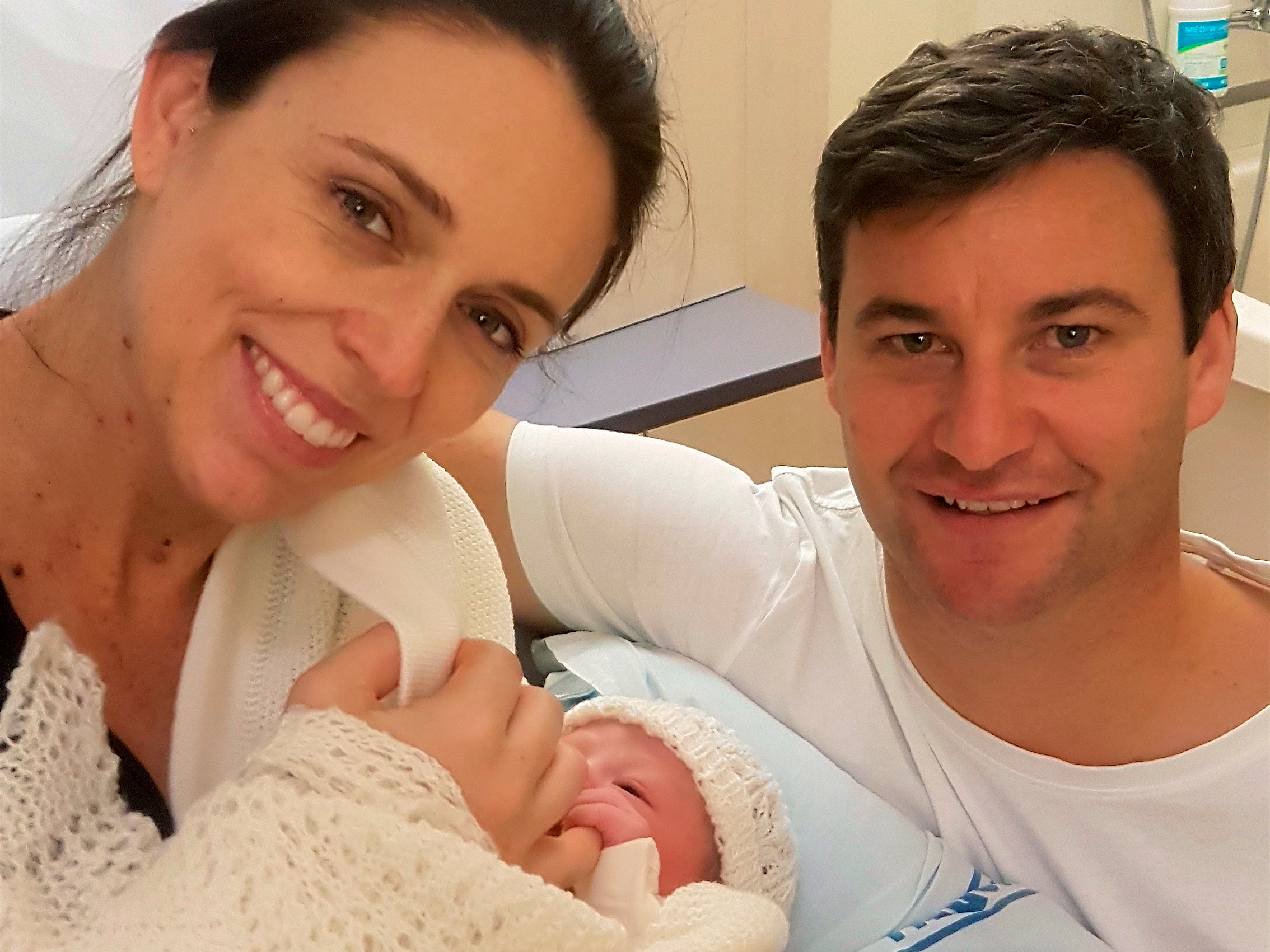 Office of the Prime Minister of New Zealand via APArdern with her partner, Clarke Gayford, and their daughter, Neve.

Ardern gave birth to her daughter, Neve Te Aroha Ardern Gayford, in June 2018. It is her first child with her longtime partner, the TV host Clarke Gayford.

At the time, only one other world leader, former Pakistani Prime Minister Benazir Bhutto, had given birth while in office.

Ardern celebrated her daughter’s birth on Instagram, thanking the “wonderful team at Auckland City Hospital” for its help.

After six weeks of maternity leave, Ardern returned to work, with Gayford staying home to care for their daughter.

Ardern has made headlines for speaking out against sexism and racism. 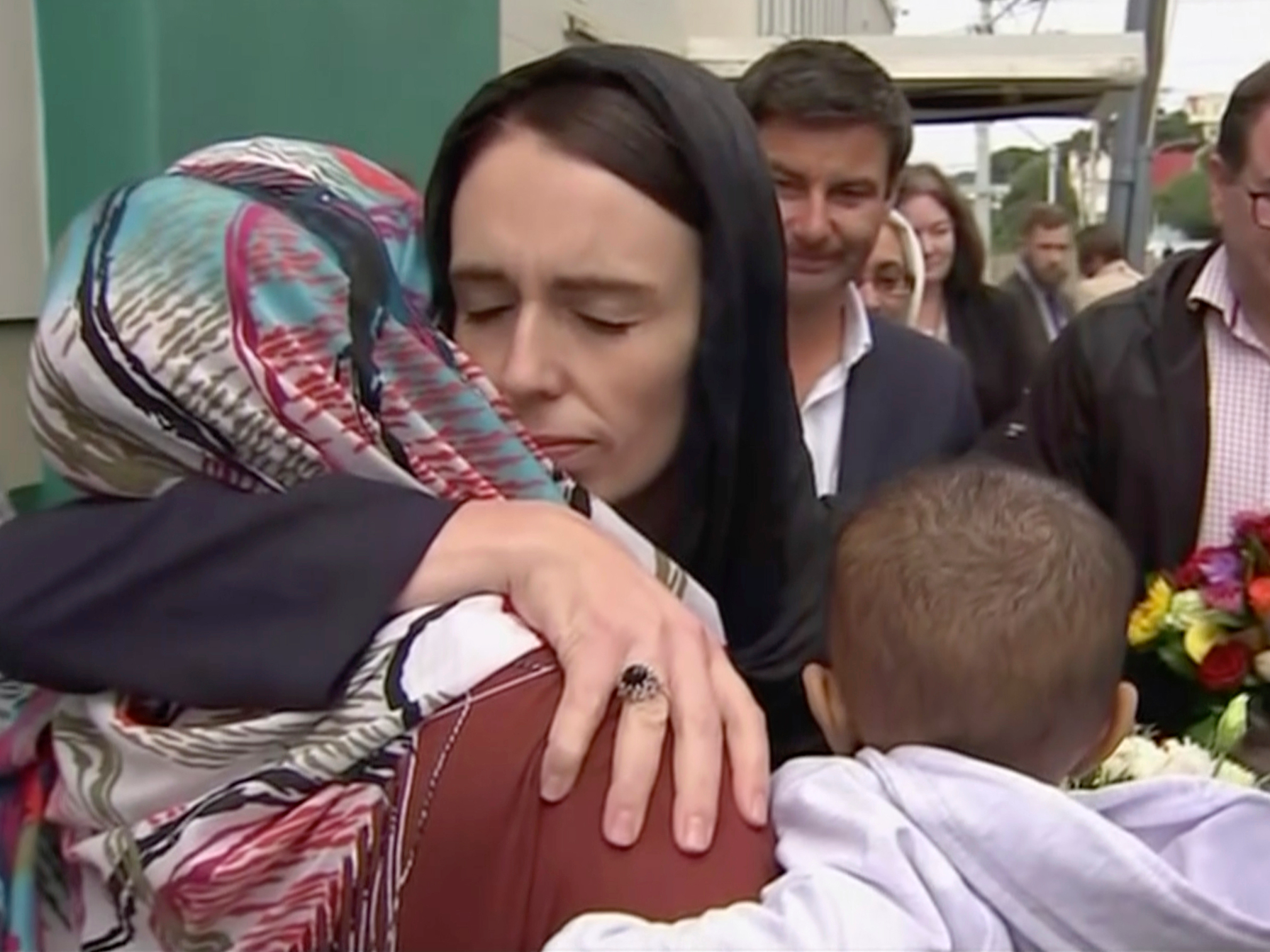 Associated PressArdern during a visit to Kilbirnie Mosque to lay flowers among tributes to Christchurch attack victims, in Wellington, New Zealand.

When her daughter was 3 months old, Ardern brought her to the United Nations General Assembly in hopes of creating “a path for other women.”

“I want to normalize it,” she told CNN’s Christiane Amanpour of the event. “If we want to make workplaces more open, we need to acknowledge logistical challenges … by being more open it might create a path for other women.”

Since the Christchurch mosque shootings in March 2019, Ardern has called for a global campaign against racism.

The man who claimed responsibility for the shooting was an Australian national who had promoted white nationalism and anti-Muslim sentiments.

Ardern told BBC of the shooting: “What New Zealand experienced here was violence brought against us by someone who grew up and learned their ideology somewhere else. If we want to make sure globally that we are a safe and tolerant and inclusive world we cannot think about this in terms of boundaries.”

In April 2019, New Zealand passed a gun reform law that banned most semi-automatic firearms, parts that convert firearms into semi-automatics, magazines over a certain capacity and some shotguns.

The government also gave gun owners until December 2019 to turn in banned guns or parts for compensation, which is 95% of the original cost of the product.