NYC subway ridership cratered 93% as all but essential workers stay home — and the transit system says it needs an additional $3.9 billion bailout to keep running 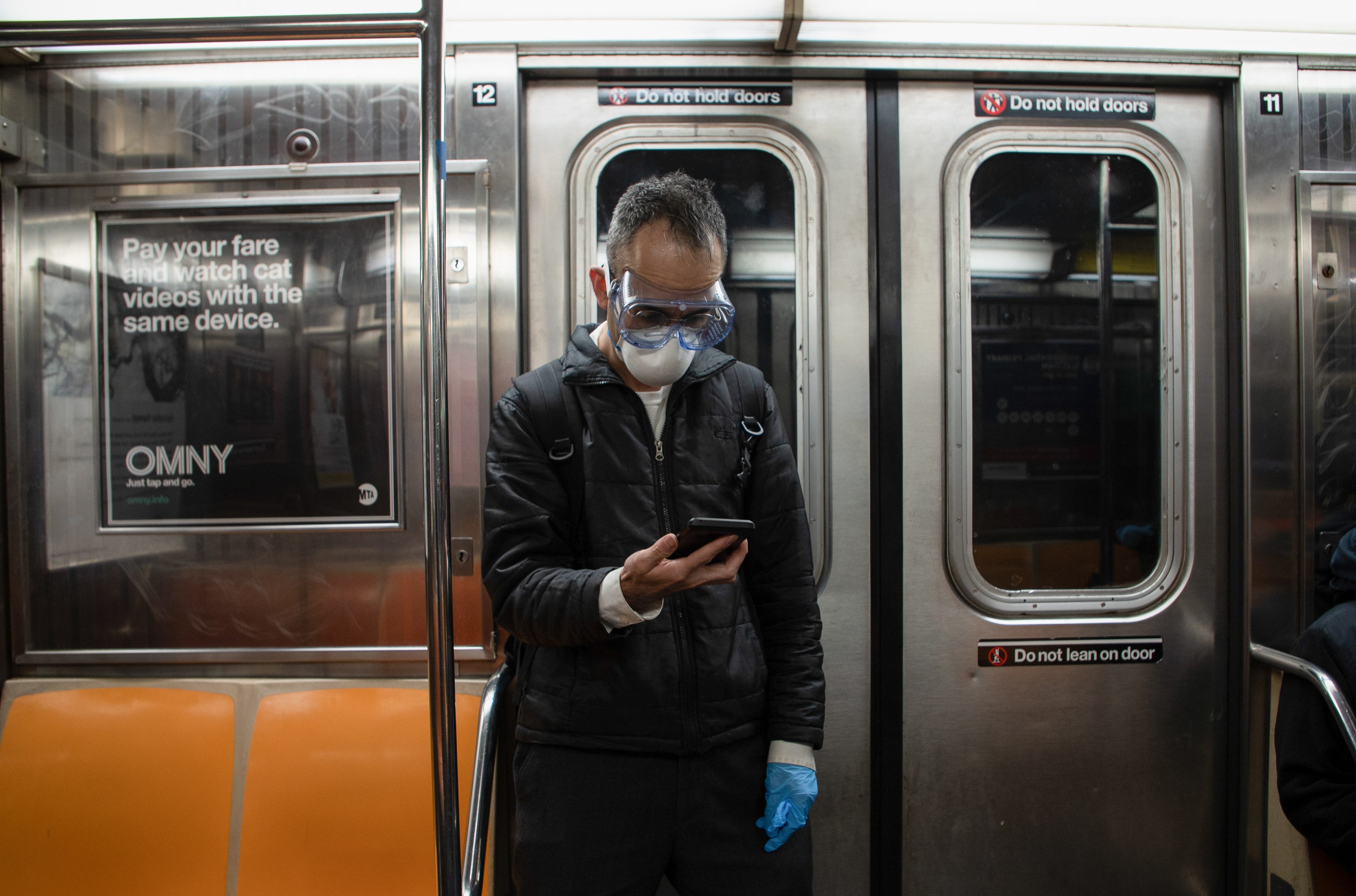 Braulio Jatar/SOPA Images/LightRocket via Getty ImagesA man wearing protective goggles and a face mask rides on the NYC subway during the coronavirus crisis. United States is now the country with the most confirmed coronavirus deaths in the world. However states like New York, the epicentre of infections in the country, have begun to flatten the curve.

The agency responsible for public transit in New York City says the $US3.8 billion federal government bailout it received in March won’t be enough in the face of plummeting ridership.

Daily commutes on the subway, easily the nation’s busiest public transportation system, have continued to fall and are now down 93% since February, according to government statistics. Usually, some 4 million people use the system on a given weekday. That number has fallen to about 400,000 as the state enforces a “New York on Pause” order, and all but essential businesses remain closed.

Still, the system remains open for employees at grocery stores, restaurants, hospitals, and shelters to get to and from their jobs. The Metropolitan Transportation Authority, which runs the city’s subways, buses, and commuter railroads, has pared back service as thousands employees fall sick with the virus, which had infected more than 671,000 Americans nationwide as of Friday.

Because of the shortage of train crews, some strap-hangers were reporting crowded trains that made it hard to practice social-distancing recommendations that include maintaining at least six feet of space between people.

The dropoff in ridership has meant a commensurate plunge in farebox revenues for the MTA, up to $US5.9 billion, as it grapples with a similar loss in tax funding from the state government to the tune of $US1.8 billion. At a time when the system is just beginning to improve following years of underinvestment and degradation, leaders are warning the pandemic could leave irreparable damage in its wake.

“The fact is we need substantially more help, and we need it now,” Pay Foye, chairman of the state-run agency, told reporters Thursday in a video press conference. “In the weeks since our first request, the crisis has dramatically worsened in New York, dwarfing our initial estimates of revenue loss.”

The agency on Thursday requested an additional $US3.9 billion emergency bailout from the federal government.

Some members of Congress have floated the idea of a secondary stimulus package to follow the one passed in March that included bailouts for large corporations, loans for small businesses, and direct payments to most Americans. Details of any follow-up effort have yet to see an agreement between the two parties or the White House.

“The war for New York is far from over,” John Samuelsen, president of the Transit Workers Union, said in a press release. “Without this federal funding, the subway and bus system will quickly slide backwards. It will fall back into a state of disrepair and unreliability. We can’t let that happen. The system is just too important. Congress must deliver.”