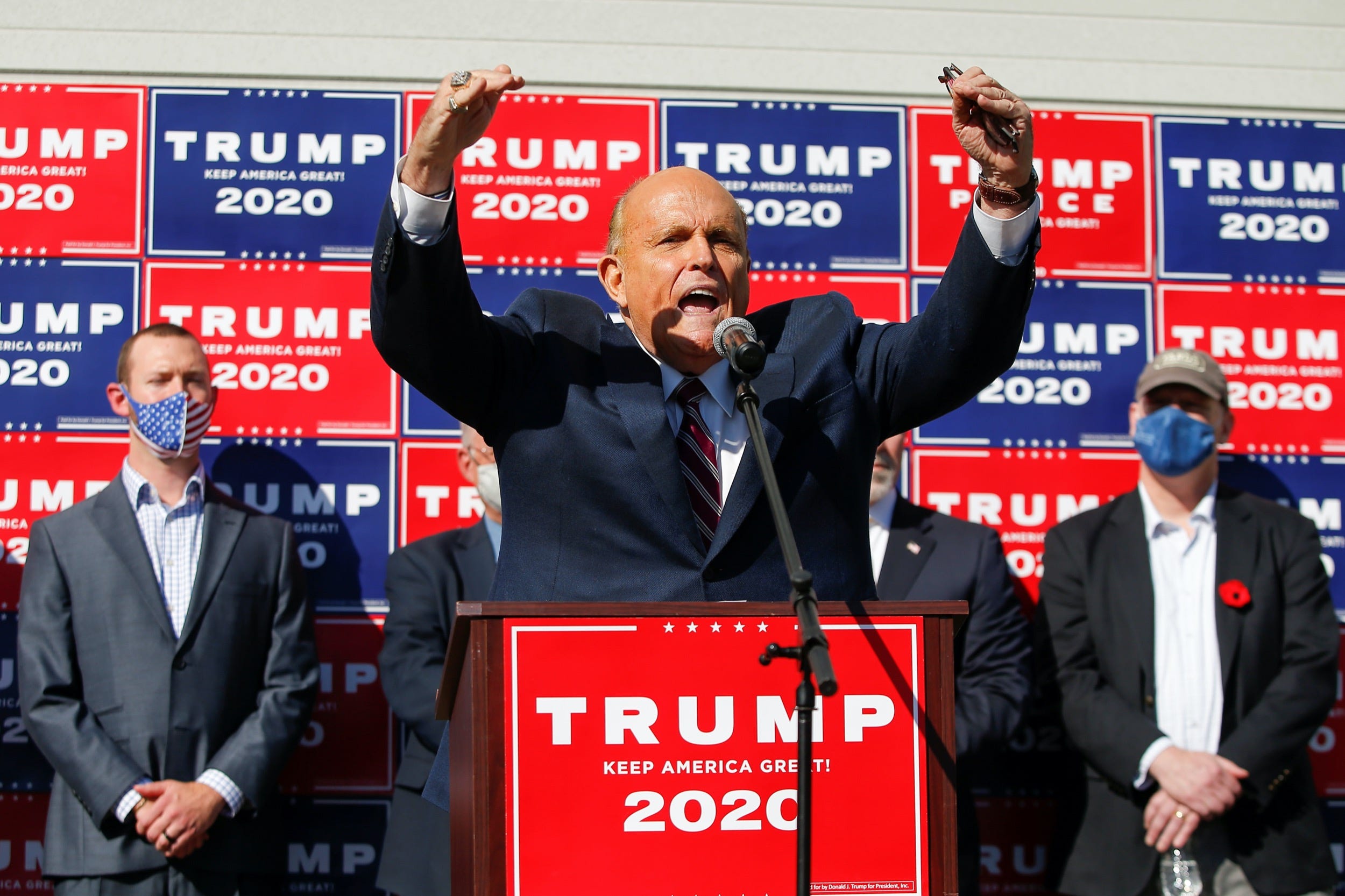 The New York State Bar Association is considering expelling the president’s personal attorney Rudy Giuliani for comments he made before Trump supporters stormed the US Capitol last week.

The NYSBA, the largest voluntary state bar association in the nation, said in a statement that it has received hundreds of complaints since the election about Giuliani and “his baseless efforts on behalf of President Trump to cast doubt on the veracity of the 2020 presidential election and, after the votes were cast, to overturn its legitimate results.”

The association also cited Giuliani’s statement to Trump supporters just hours before the Capitol riots: “Let’s have trial by combat,” he said at the time.

As a result of the complaints and comments, NYSBA President Scott M. Karson launched an inquiry to determine whether Giuliani should be removed from membership, the statement said. Expulsion from the voluntary organisation would not prevent Giuliani from practicing law, though, as attorneys can only be disbarred by a state court committee. The New York State Board of Law Examiners was not immediately available Monday for comment on the matter.


Read more:
Trump’s incitement of the deadly US Capitol riot adds to an already massive tsunami of legal peril he’s facing upon leaving the White House. Here’s what awaits him.

The association’s bylaws say no person in the association who advocates the overthrow of the U.S. government can be a member.

“Mr. Giuliani’s words quite clearly were intended to encourage Trump supporters unhappy with the election’s outcome to take matters into their own hands,” the statement said. “Their subsequent attack on the Capitol was nothing short of an attempted coup, intended to prevent the peaceful transition of power.”

Giuliani could not be reached for comment. The former New York City mayor will be provided due process and have an opportunity to explain his words and actions, the association said.

Earlier on Monday, a top Georgia election official said Giuliani “lied”over election-fraud claims by presenting a deceptively edited video as evidence, despite having access to the full footage. And last week, attorneys working for the city of Detroit filed a complaint asking the state of Michigan to disbar Trump attorneys Sidney Powell and Lin Wood for trying to overturn election results. They said other states should look at disbarring the attorneys as well.