'It is our job to listen — and to act': NYC leaders respond to calls for police reform by supporting $1 billion slash to NYPD budget 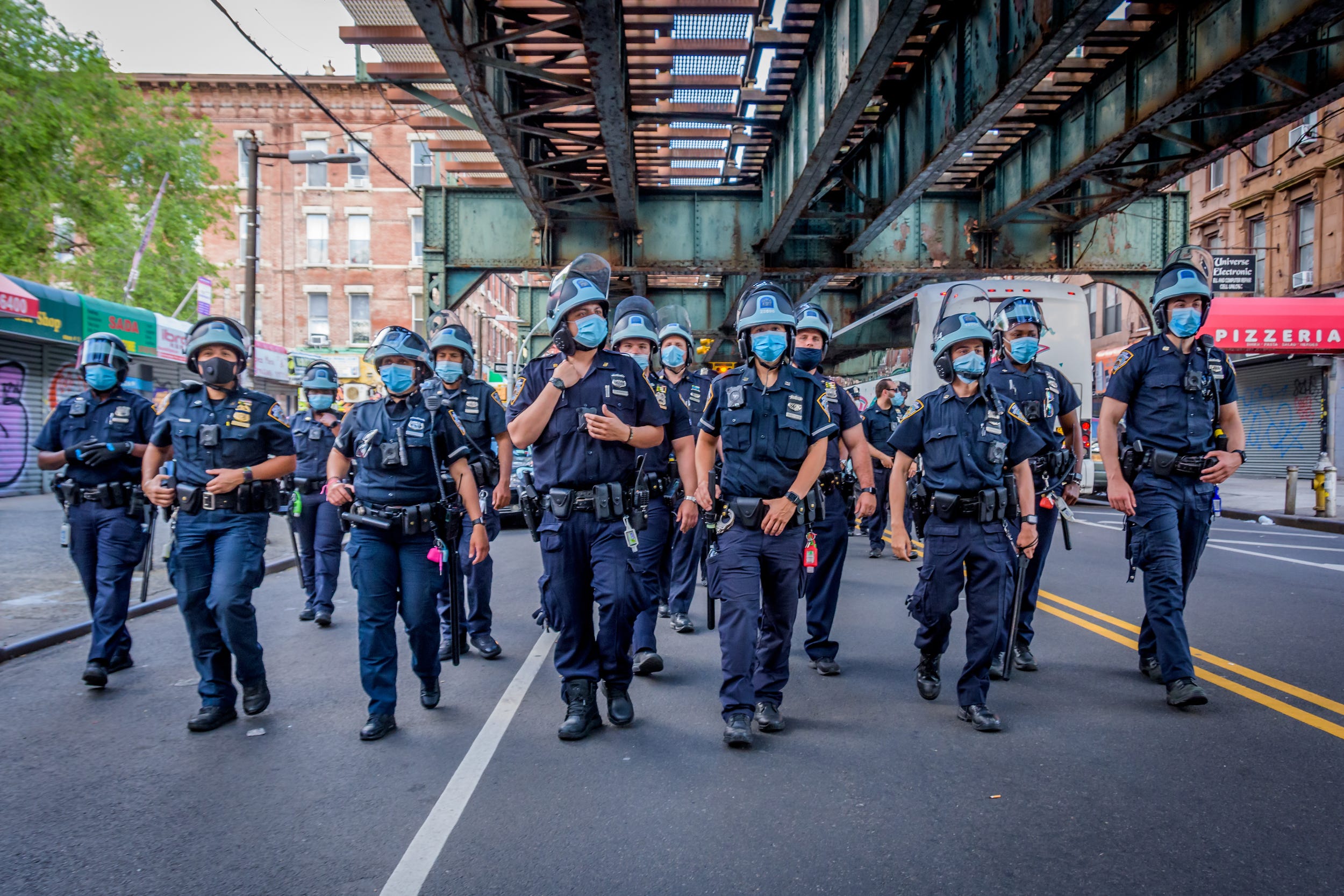 Erik McGregor/LightRocket via Getty ImagesHeavy police presence is seen as hundreds of Brooklynites joined Democratic congressional Paperboy Prince for a June 12 march, demanding justice for victims of police brutality and pushing to defund the NYPD.

A group of New York City leaders on Friday expressed their support for slashing the city’s police budget by $US1 billion.

City Council Speaker Corey Johnson and Majority Leader Laurie Cumbo issued a joint statement with leaders from the State Democratic Conference, Black, Latino and Asian Caucus, and other groups that say this “unprecedented reduction” would “not only limit the scope of the NYPD, but also show our commitment towards moving away from the failed policing policies of the past. “

“There is no doubt that this is an ambitious goal, but it is one that the time we are in calls for – both here in New York City and nationwide,” they continued.

The group has identified concrete ways in which to reduce police spending in its 2020-2021 budget.

Savings can come from “reducing uniform headcount through attrition, cutting overtime, shifting responsibilities away from the NYPD, finding efficiencies and savings in OTPS spending, and lowering associated fringe expenses,” according to the statement.

Police violence and systemic racism have been in the international spotlight since George Floyd died, pinned under the knees of a Minneapolis police officer. Four officers involved in Floyd’s arrest have been slapped with criminal charges for killing the 46-year-old Black man

“Our budget must reflect the reality that policing needs fundamental reform,” the statement said. “Over the last few weeks, we have seen an outpouring of New Yorkers demanding change from their leaders. It is our job to listen – and to act. We will not let this moment pass, and we will fight for the budget they deserve.”

Floyd’s death has sparked a reckoning and triggered calls not only for reform but also for police agencies to be defunded so the savings can bolster social services. However, several incidents of police violence have been documented in New York alone as thousands have taken to the streets after Floyd’s death on May 25.

New York City’s leaders said that their budget process “must prioritise the most impacted communities and hear their demands and needs across all areas.”

“This should be a deliberative and good faith discussion of the best path forward for New York City,” they added.

“For decades, every time a city agency failed at its task, the city’s answer was to take the job away and give it to the NYPD. If the City Council wants to give responsibilities back to those failing agencies, that’s their choice. But they will bear the blame for every new victim, for every New Yorker in need of help who falls through the cracks. They won’t be able to throw cops under the bus anymore,” the group posted on Twitter.

Other cities are also mulling changes to not only police practices but their entire approach to law enforcement.

The Minneapolis City Council voted on Friday to create a “transformative new model for cultivating safety” after leaders vowed to disband the existing police force.

The state of California has also banned chokeholds as have the cities of Denver, Dallas, and Minneapolis.