New York Fashion Week is known for its exclusive events that showcase designs for the upcoming fall/winter season.

However, some of the most exciting fashions are spotted off the runways. 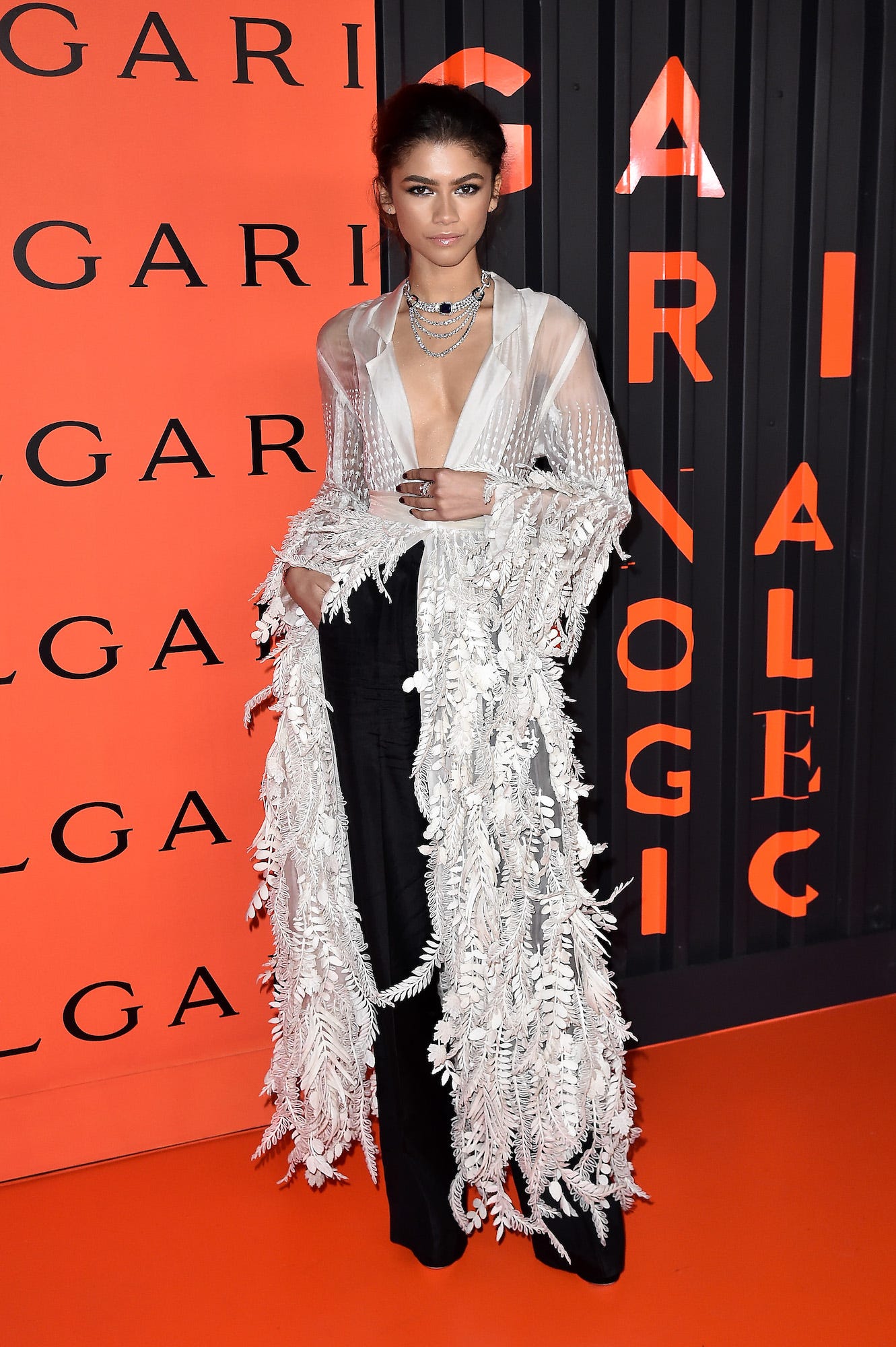 Hudson’s green breastplate was reminiscent of a fuchsia version – also by Tom Ford – worn by Zendaya at the Critics’ Choice Awards in January. Gwyneth Paltrow also wore the hot-pink breastplate on the Harper’s Bazaar US cover for February 2020. 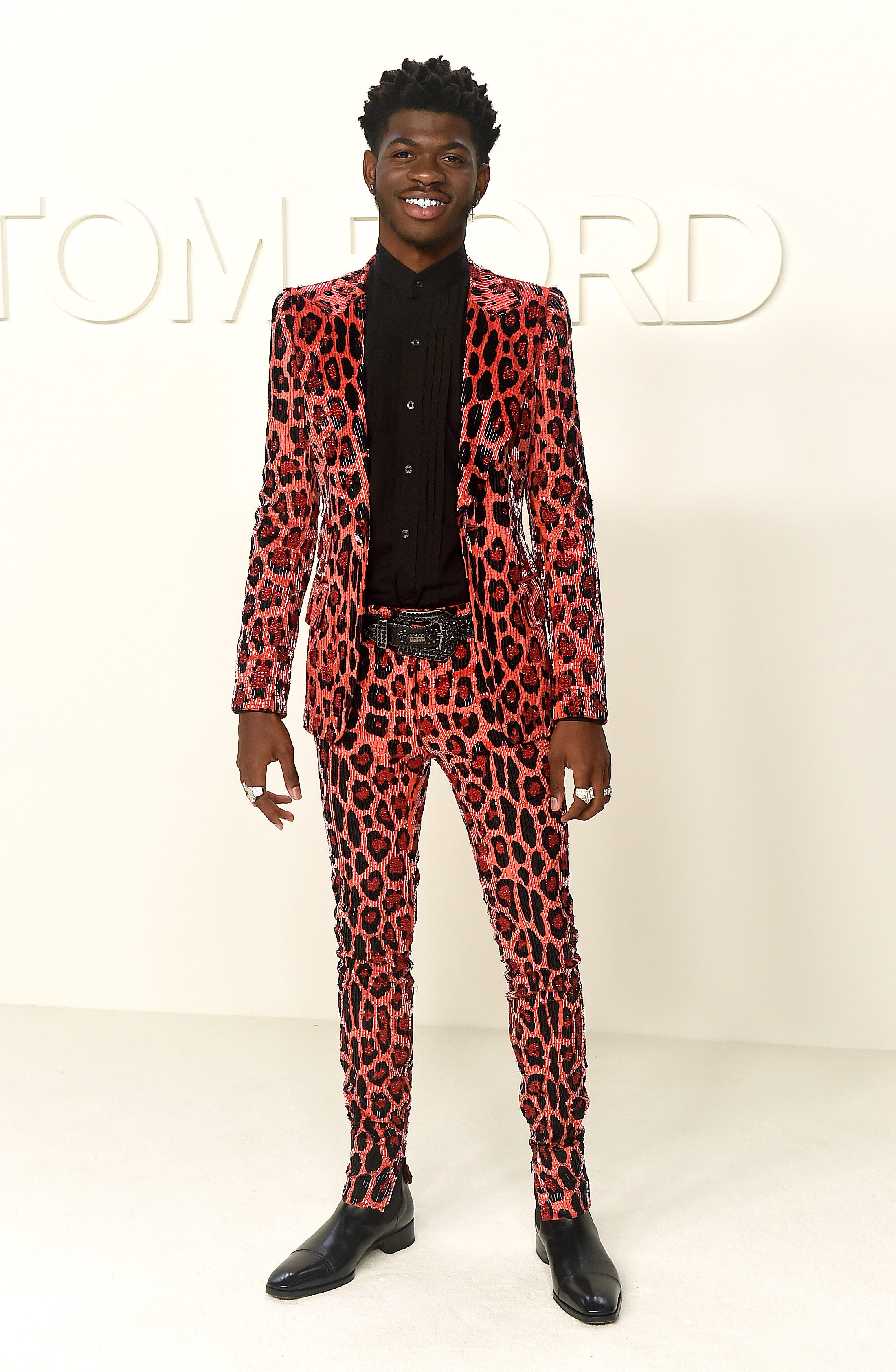 The “Old Town Road” singer’s pink suit was reminiscent of a fuchsia outfit he wore at the 2020 Grammy Awards. 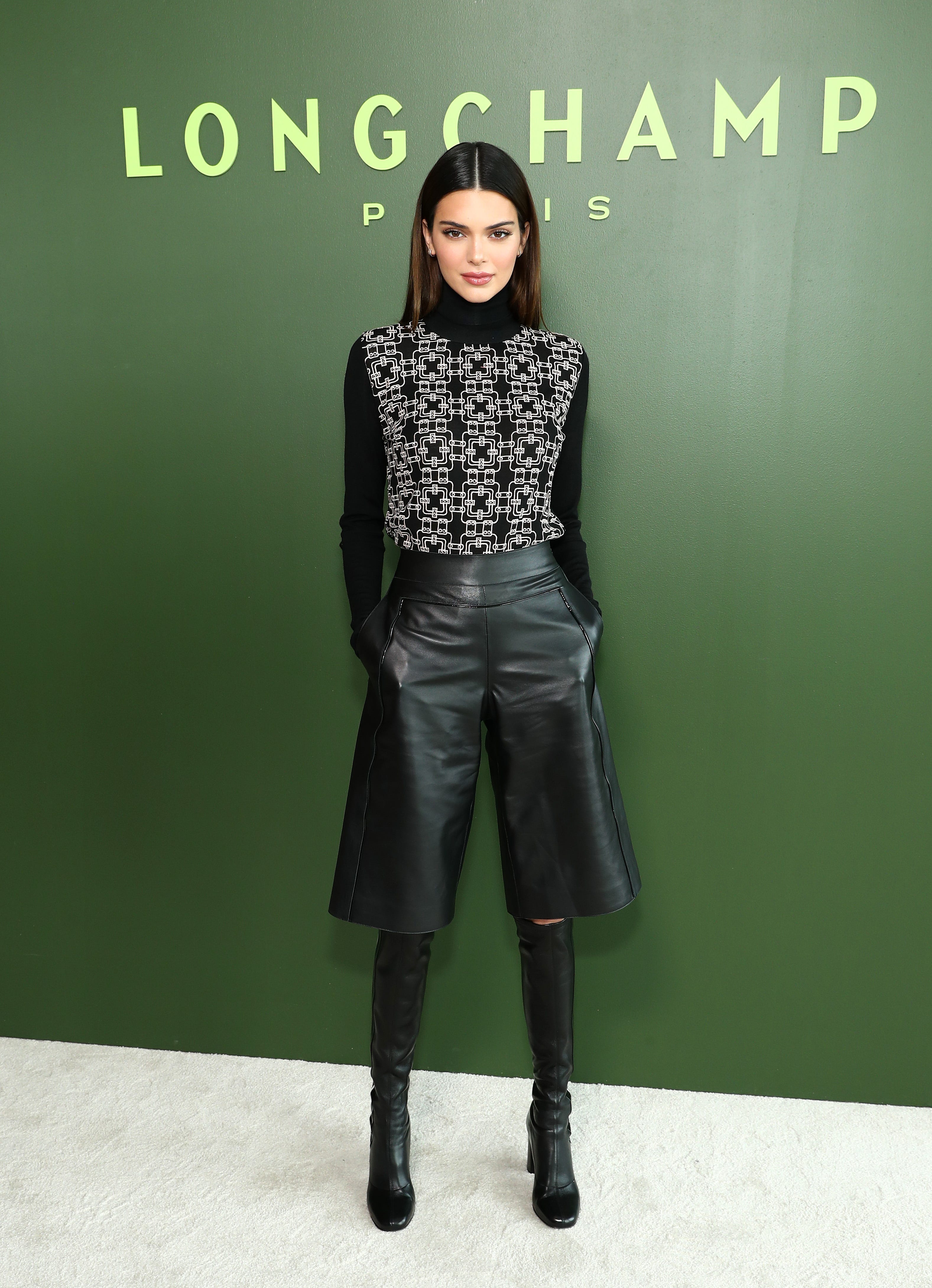 Jenner sat in the front row at the Longchamp show wearing leather gaucho pants and a printed sweater. 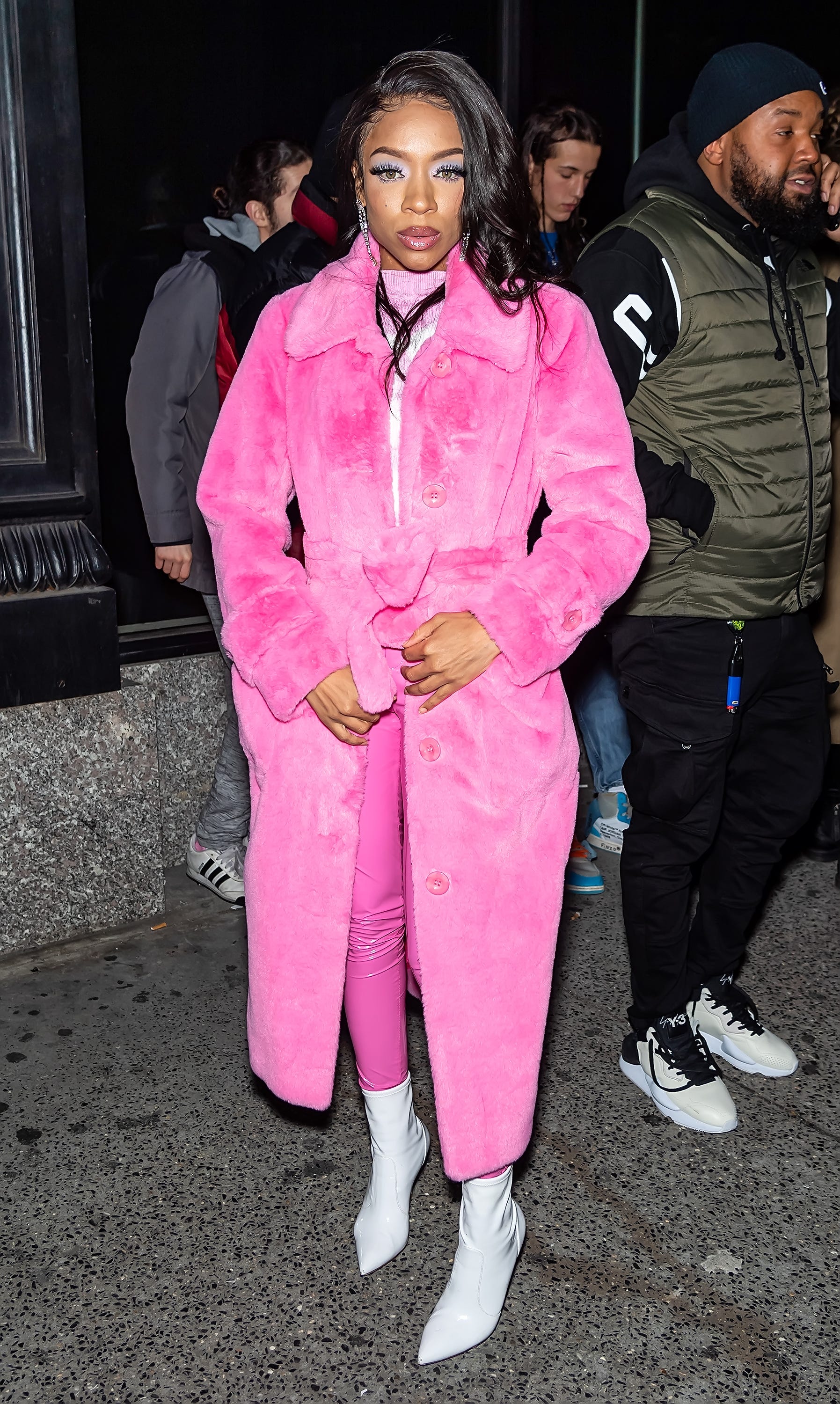 Lil Mama’s pink, monochromatic outfit is reminiscent of a look Jessica Simpson wore earlier in February, which also featured layers of fuchsia and was perhaps a nod to Barbie, or Elle Woods from “Legally Blonde.” 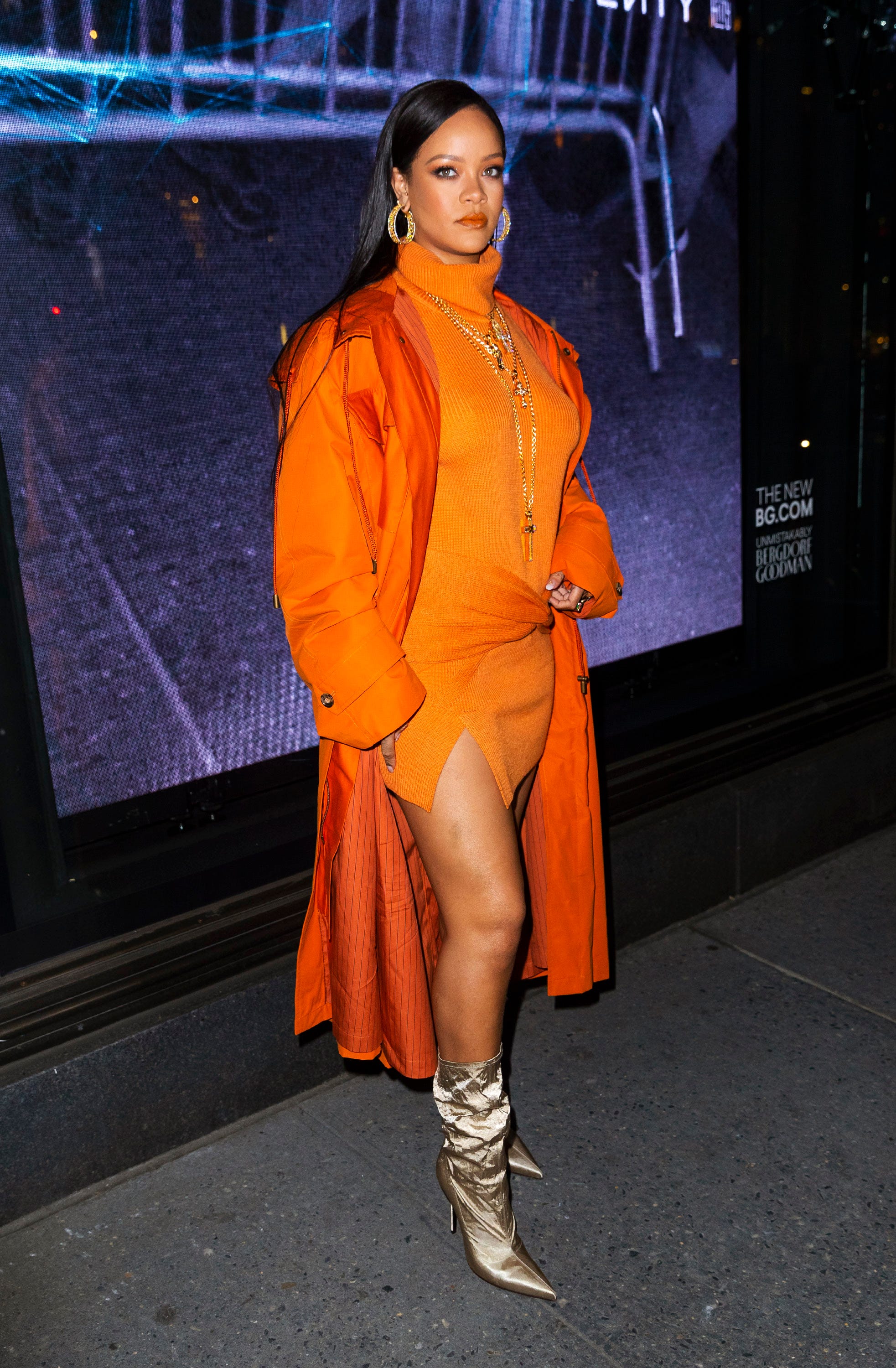 Rihanna celebrated the launch of a Fenty pop-up at Bergdorf Goodman department store by wearing clothes from her new fashion collection.

She wore a $US1,660 neon coat and $US960 sweater dress, plus $US670 heeled boots in a metallic, champagne-coloured fabric.

Katie Holmes looked casual-chic in a pair of baggy jeans tucked into boots. 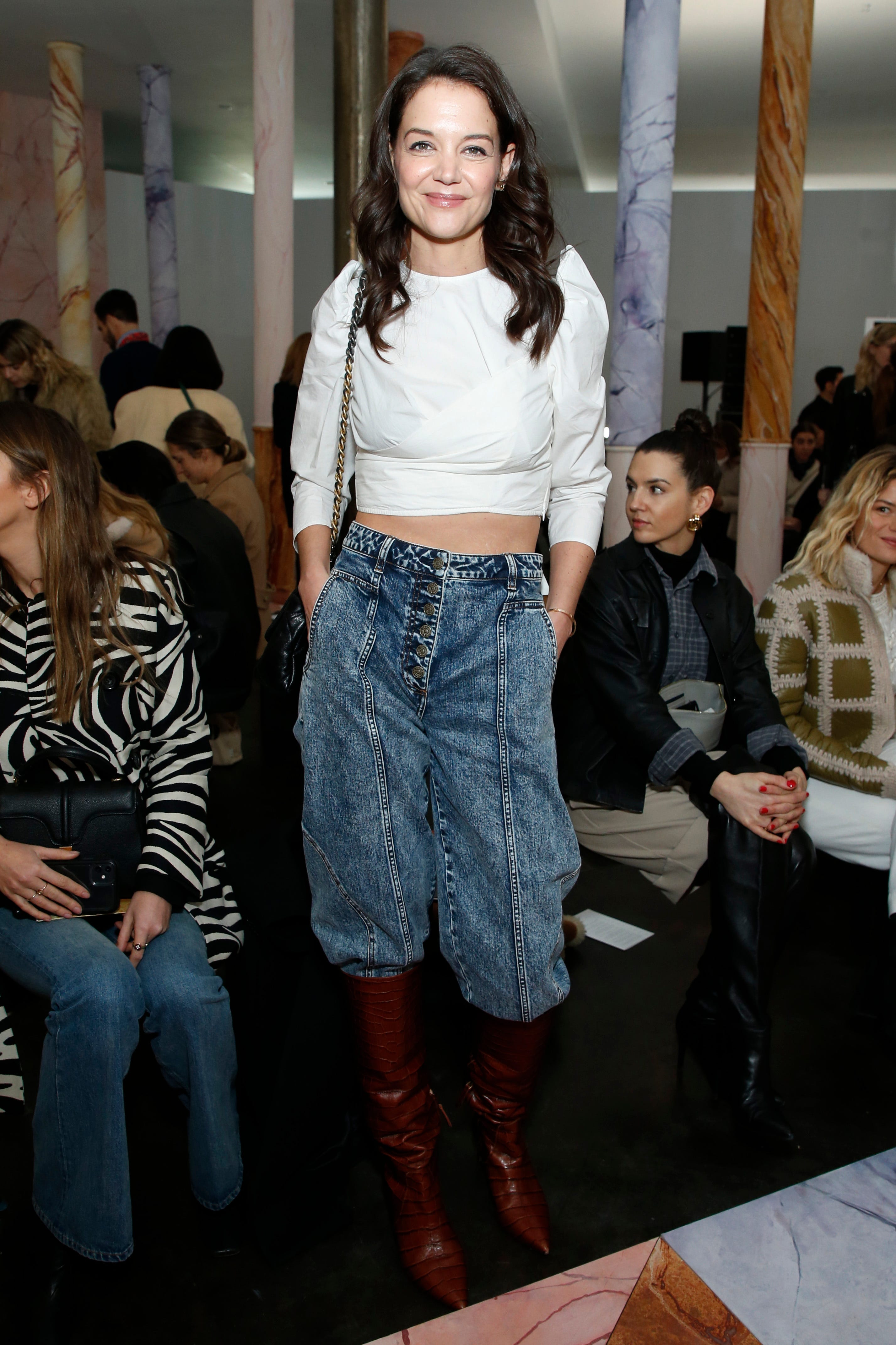 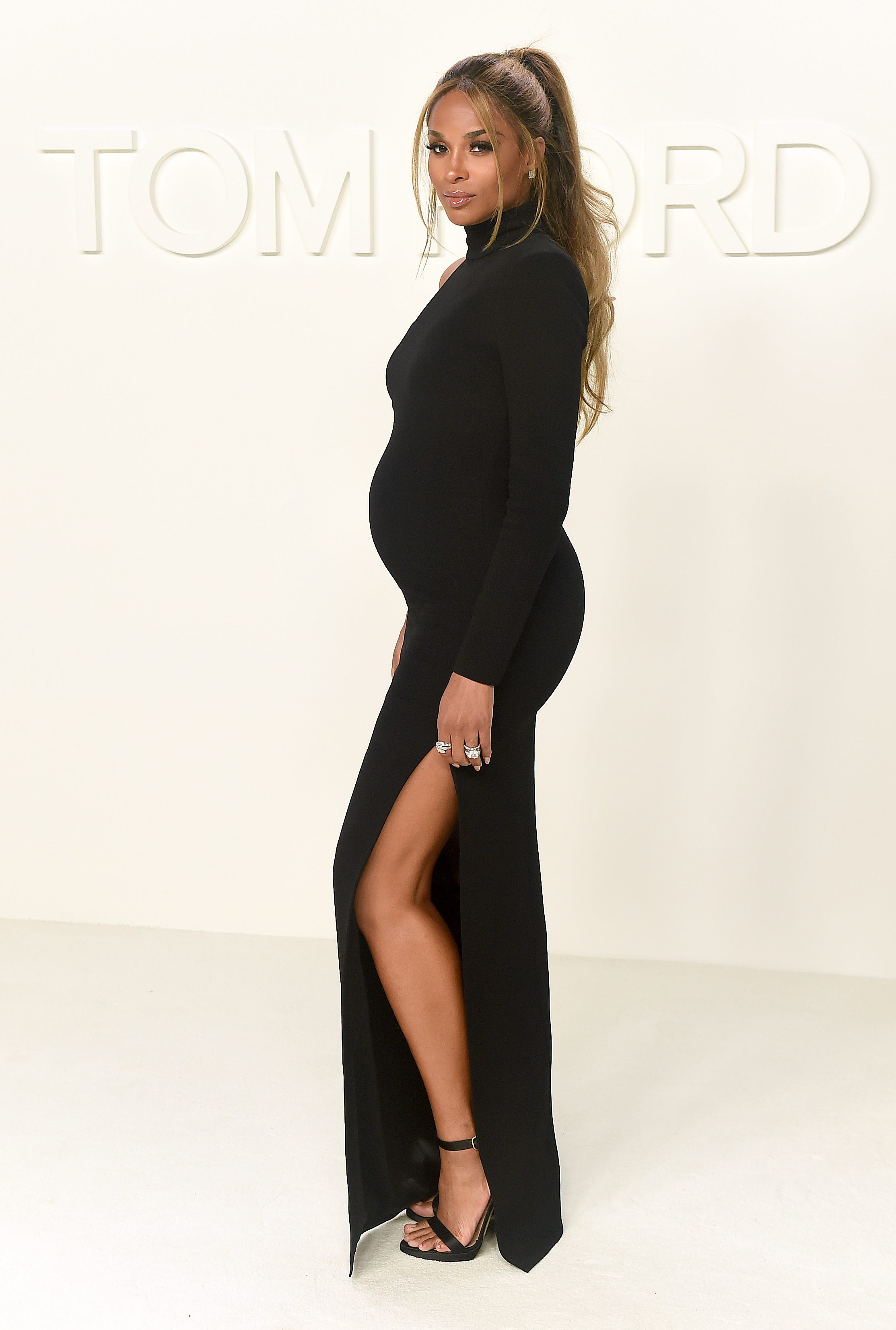 The singer, who has worn several elegant maternity outfits recently, wore a long black Tom Ford gown with a dramatic leg slit. She accessorized with black heels and wore her hair in a sleek ponytail. 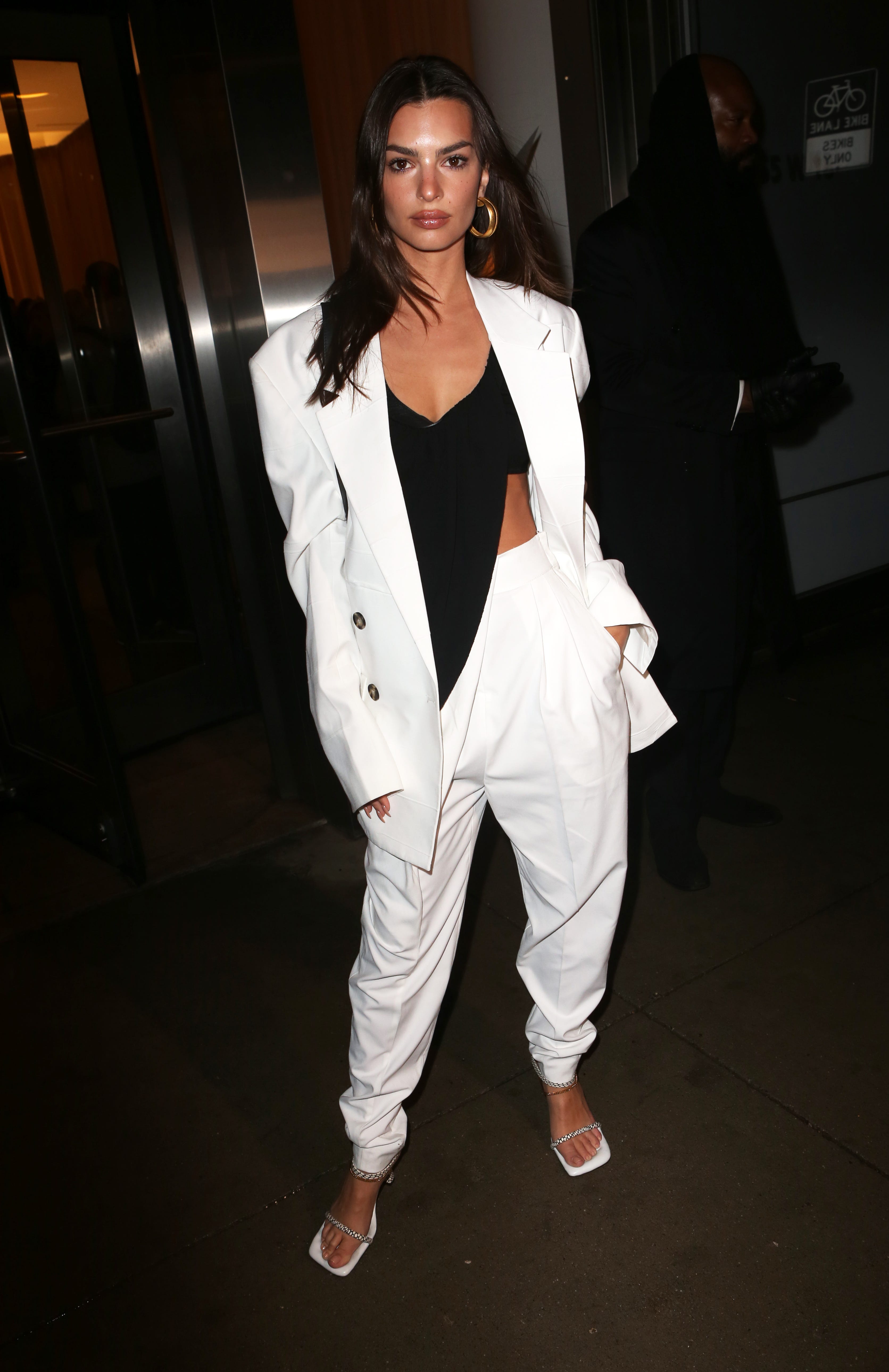 Issa Rae was glowing in a yellow dress at the Proenza Schouler fashion show. 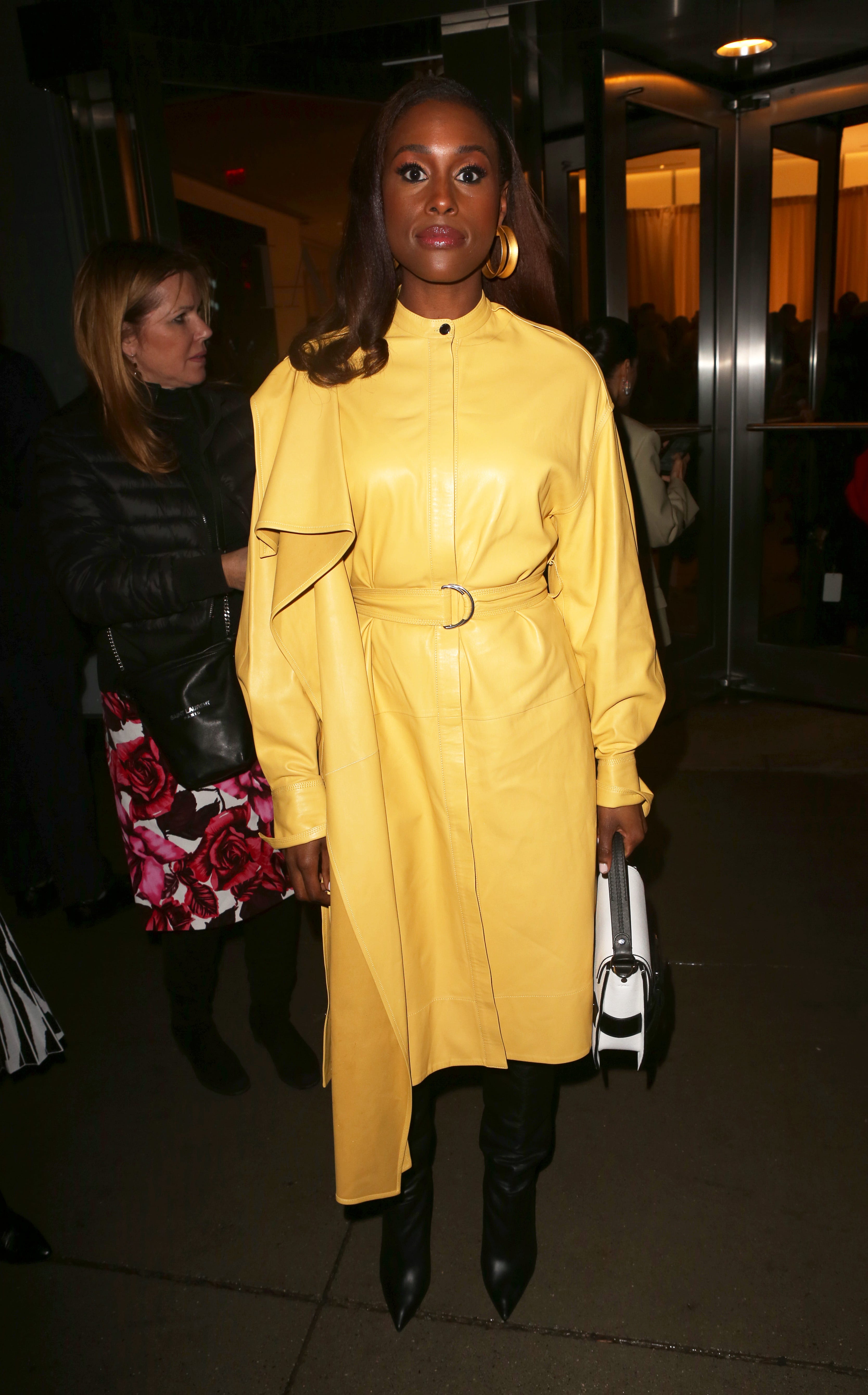 The actress paired the bright dress with a black-and-white purse and gold hoop earrings. Jon Hamm dressed up in a futuristic metallic suit. 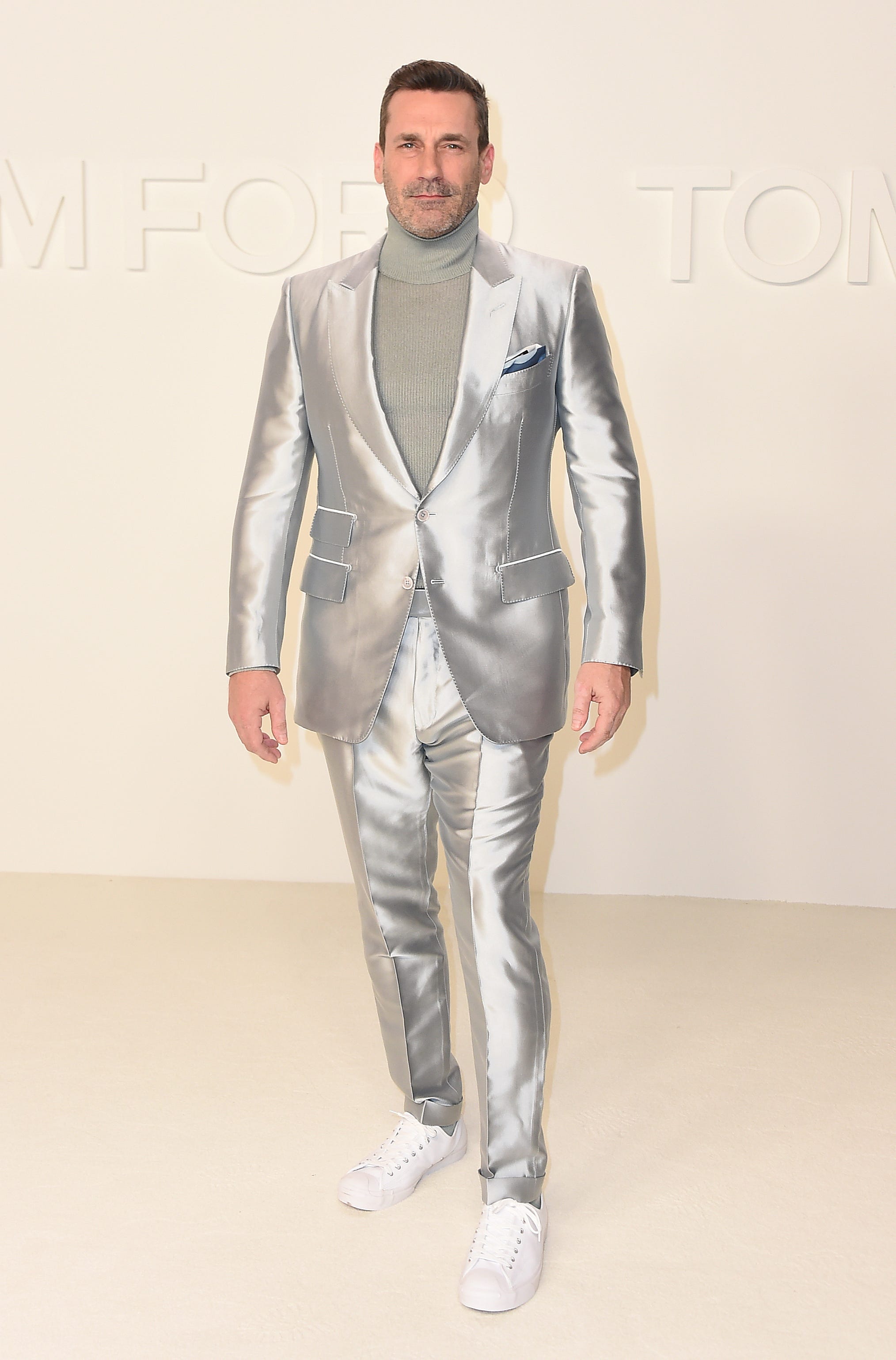 The “Mad Men” actor paired the reflective suit with a simple turtleneck and white sneakers at Tom Ford’s fashion presentation. 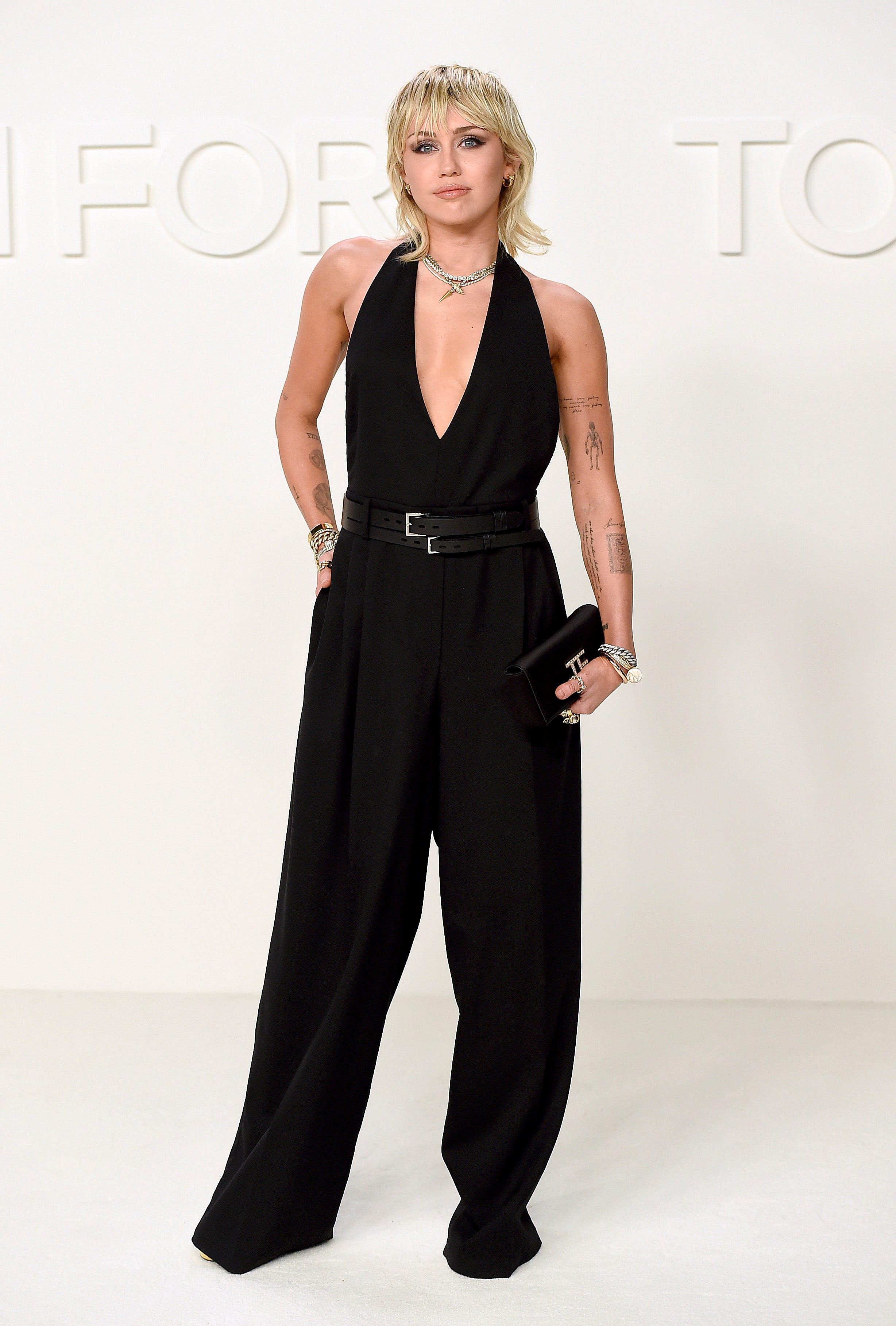 The “Slide Away” singer kept it simple in a wide-leg jumpsuit with a double belt. 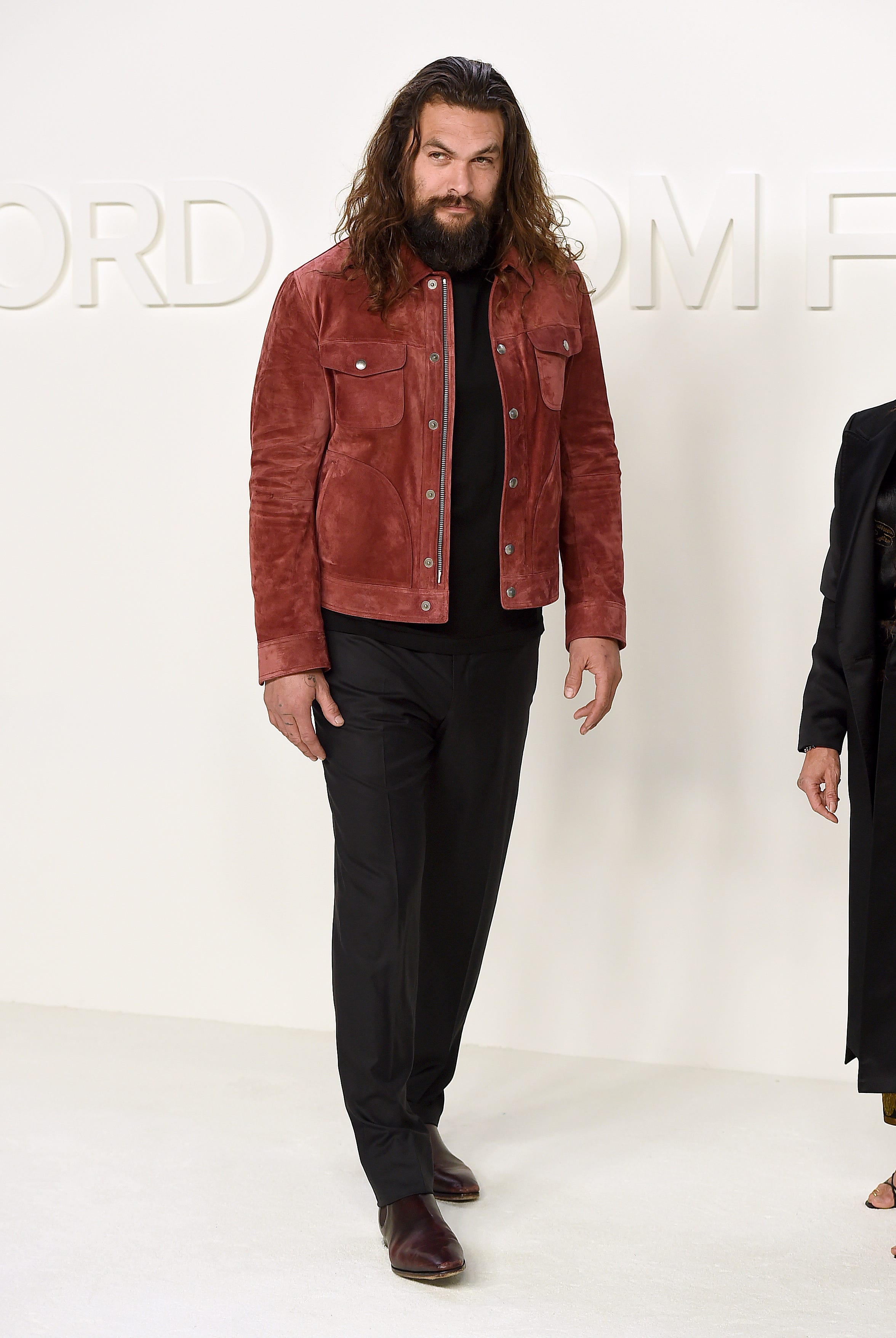 The actor added a pop of colour to his all-black outfit with the burgundy jacket. 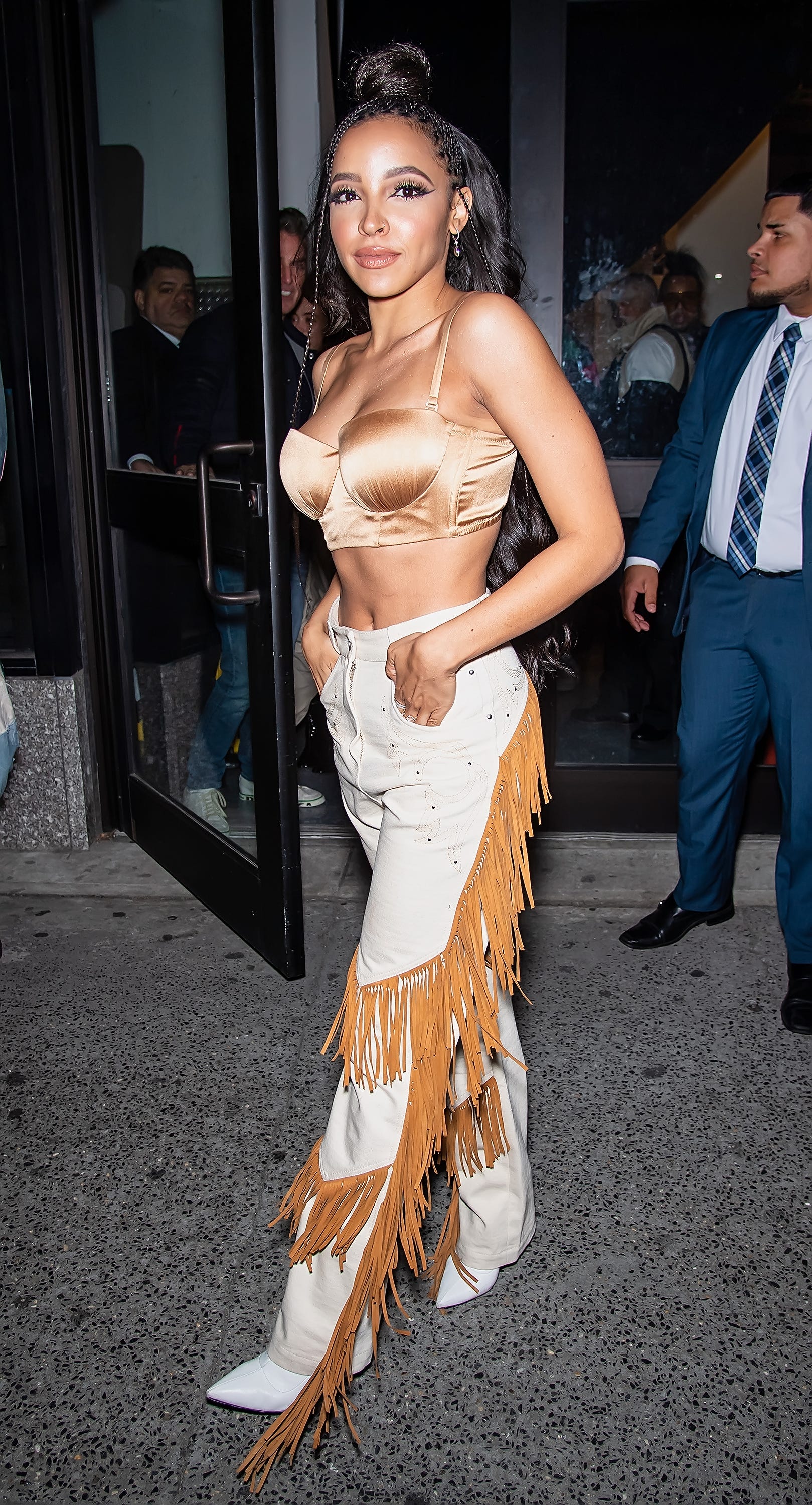 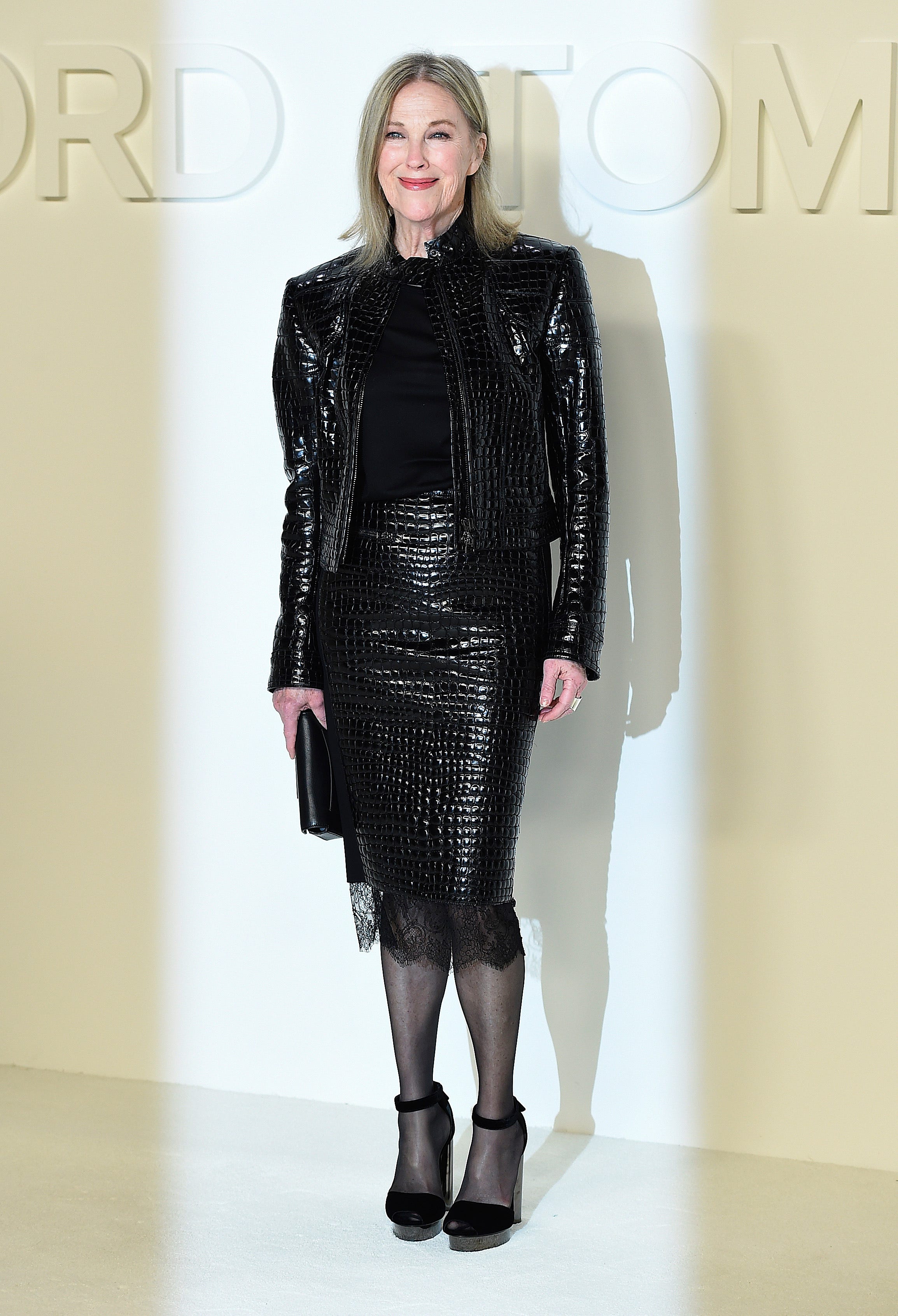 The actress looked classy as ever in her black skirt-suit and coordinating pumps. 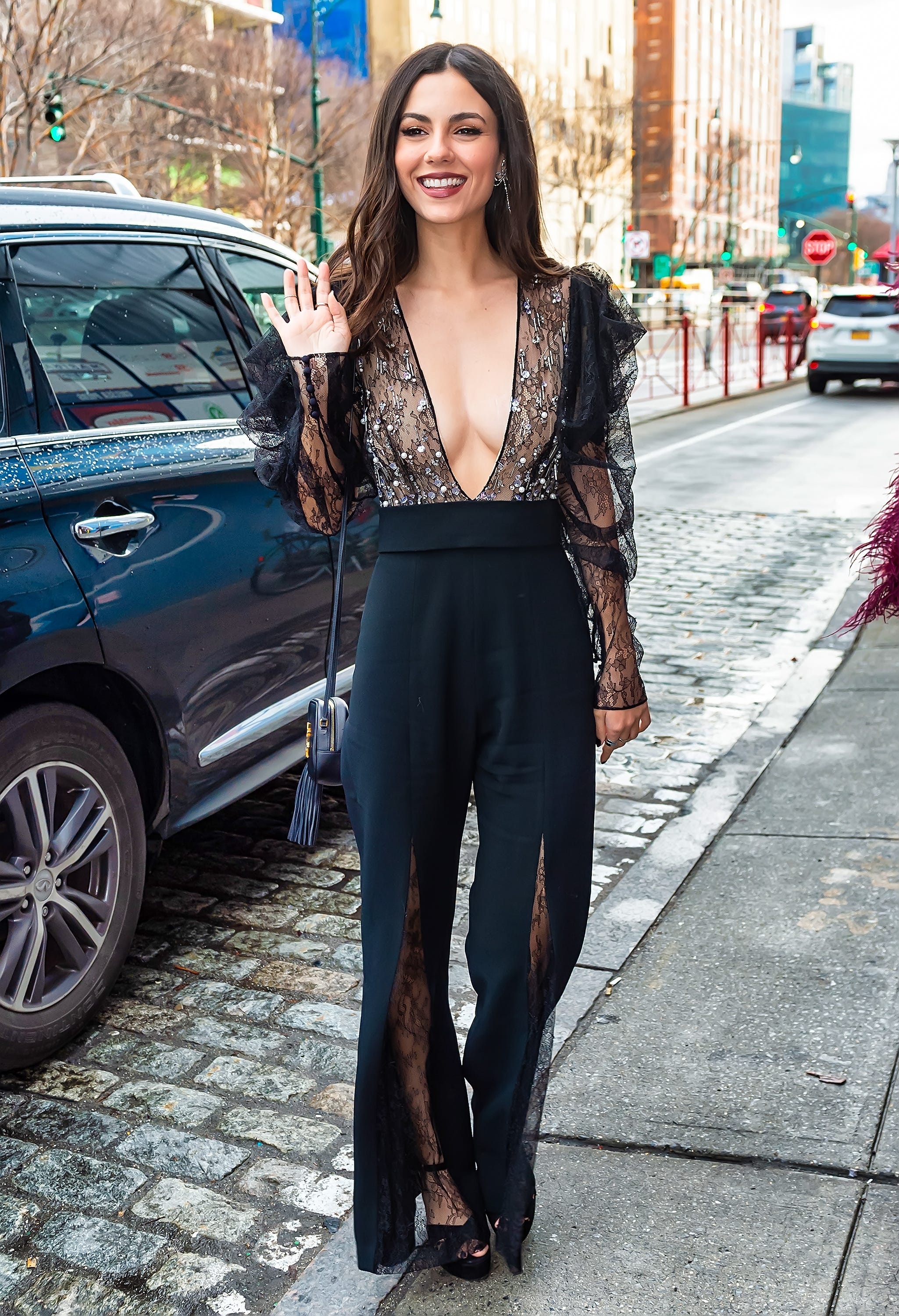 Justice’s Pamella Roland outfit was complete with voluminous sleeves and delicate lace fabric. She added a matching blue handbag and heels to complete the look.

Rosie Huntington-Whiteley wore a gradient of purple sequins to the Tom Ford show. 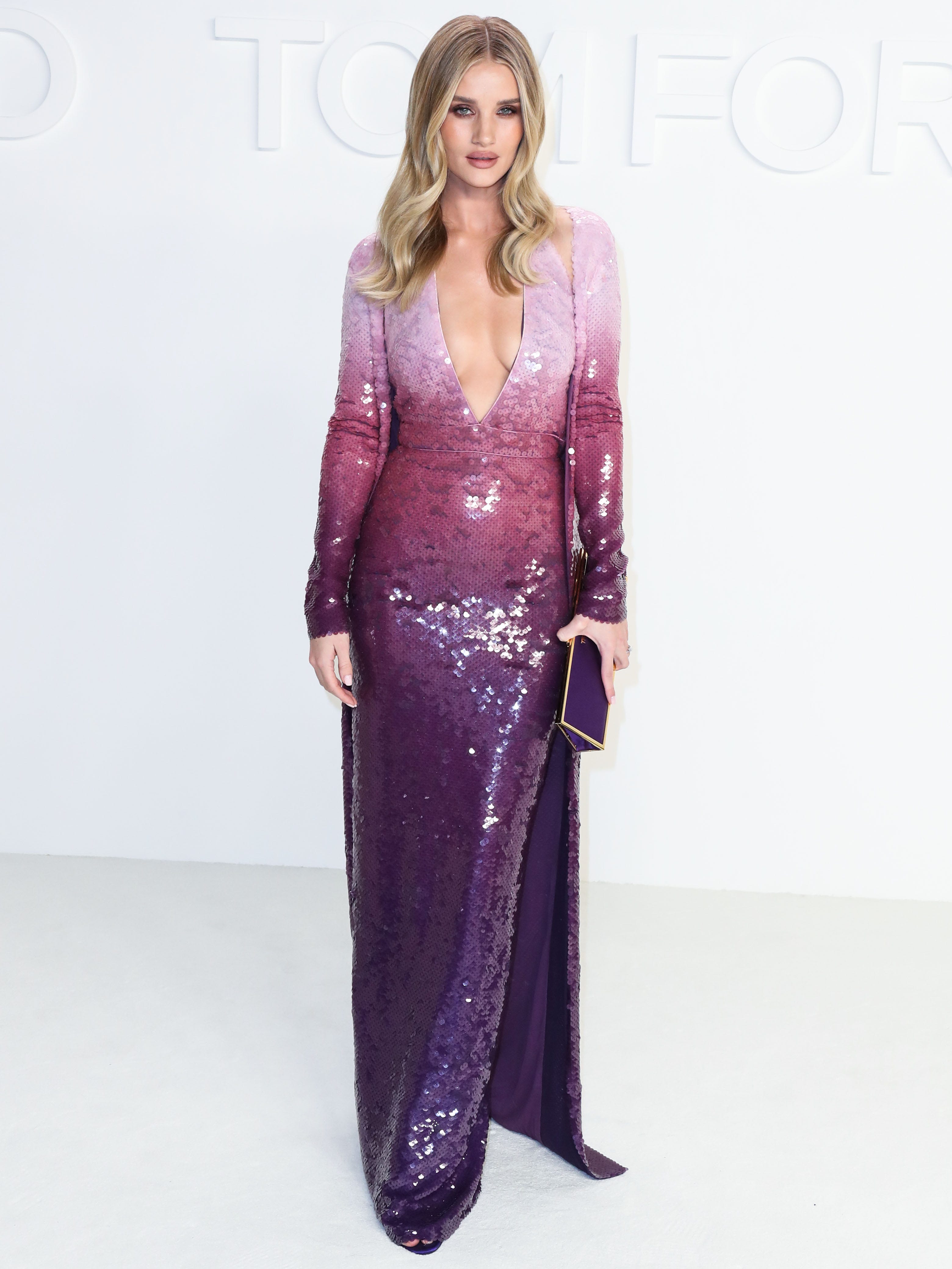 The model added a matching cape to the $US7,990 deep V-neck sequined gown and paired it with a purple clutch, also from Tom Ford. 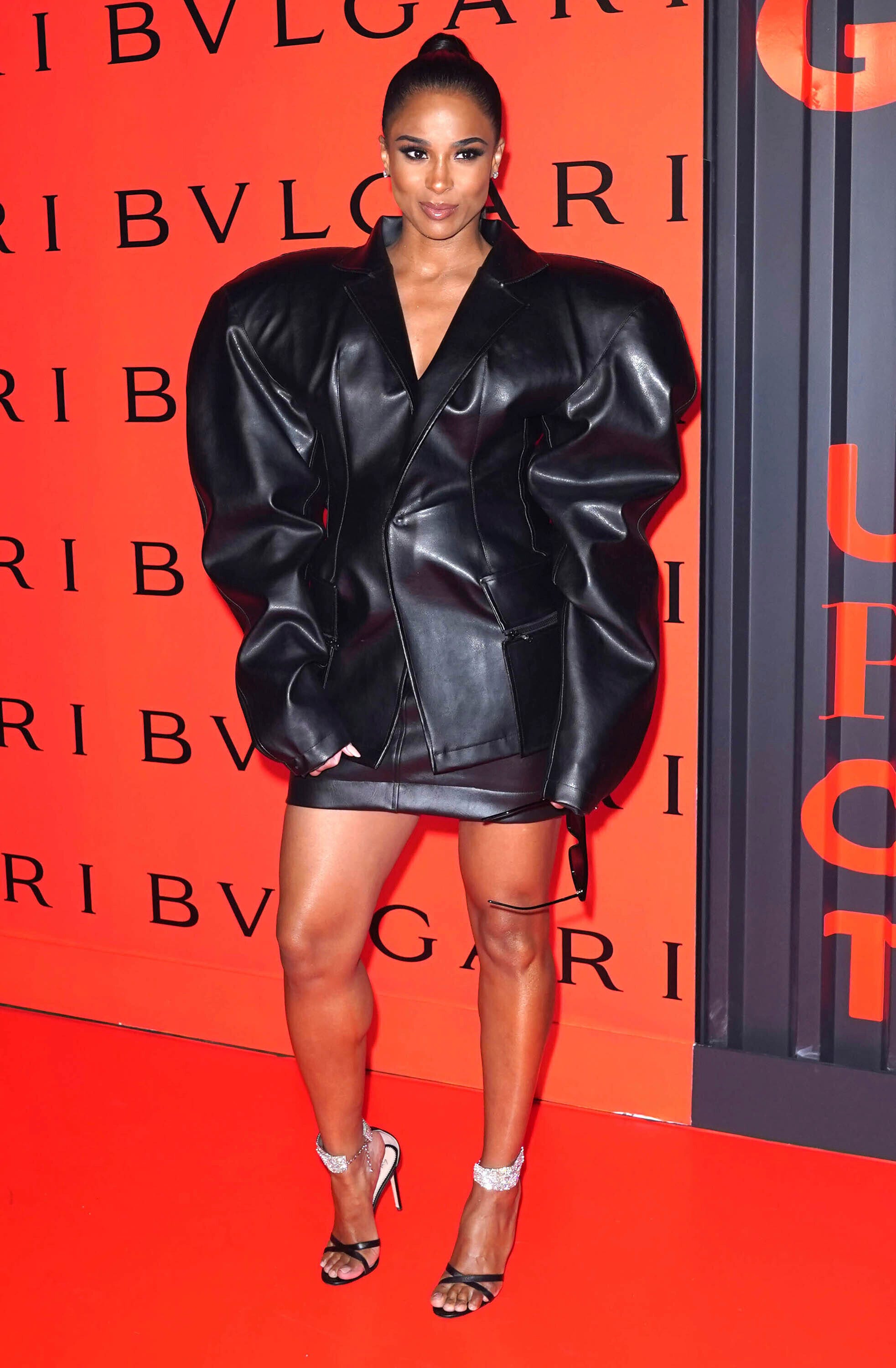 The singer wore her hair in a high ponytail and accessorized with a pair of black-and-white Giuseppe Zanotti sandals. 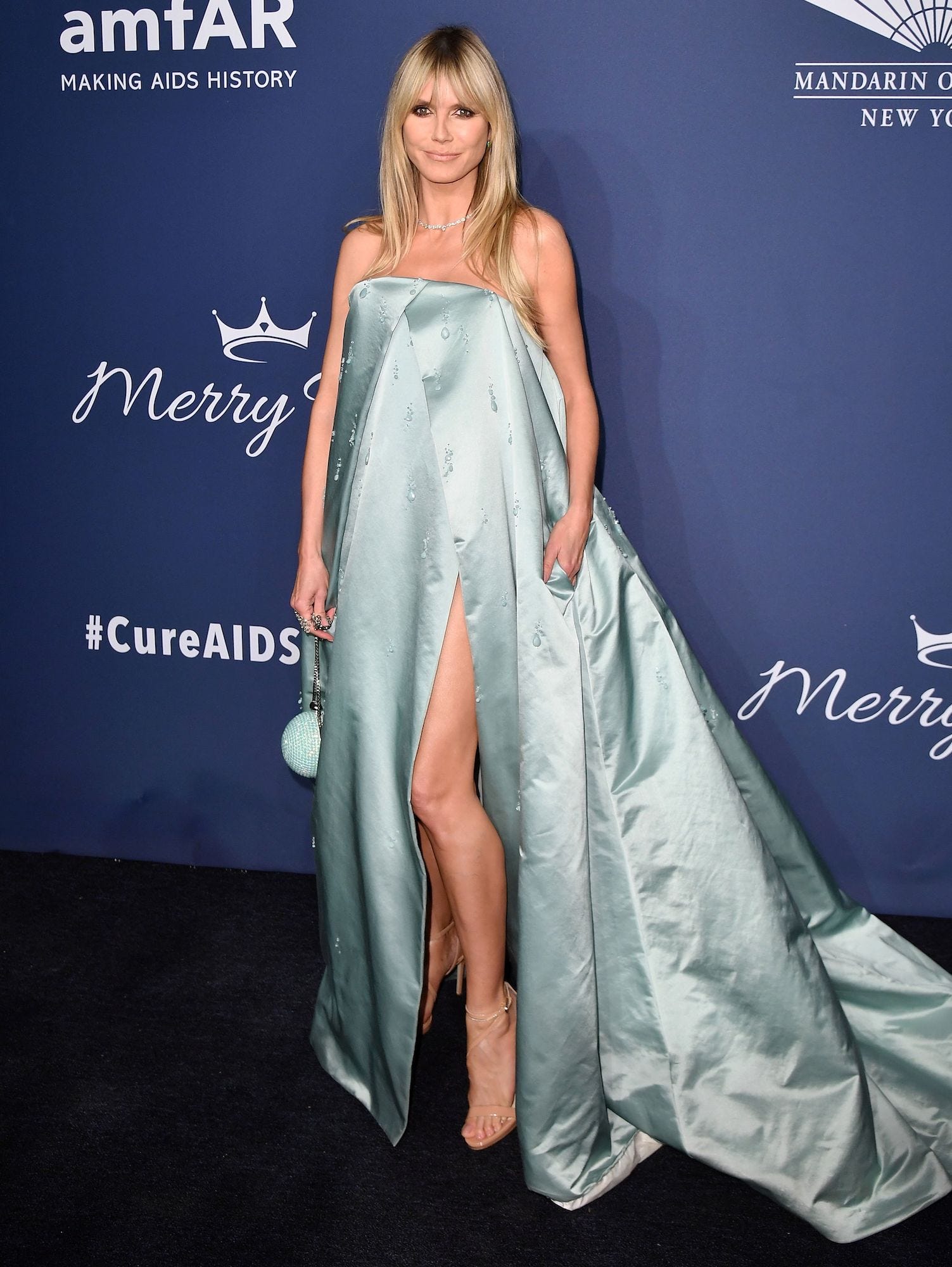 Klum’s reflective dress was from Stephane Rolland’s Fall/Winter 2019 collection. She paired the gown with nude heels and a matching tiny handbag.

Joe Alwyn went for a more relaxed vibe in this brown leather jacket at the Tom Ford show. 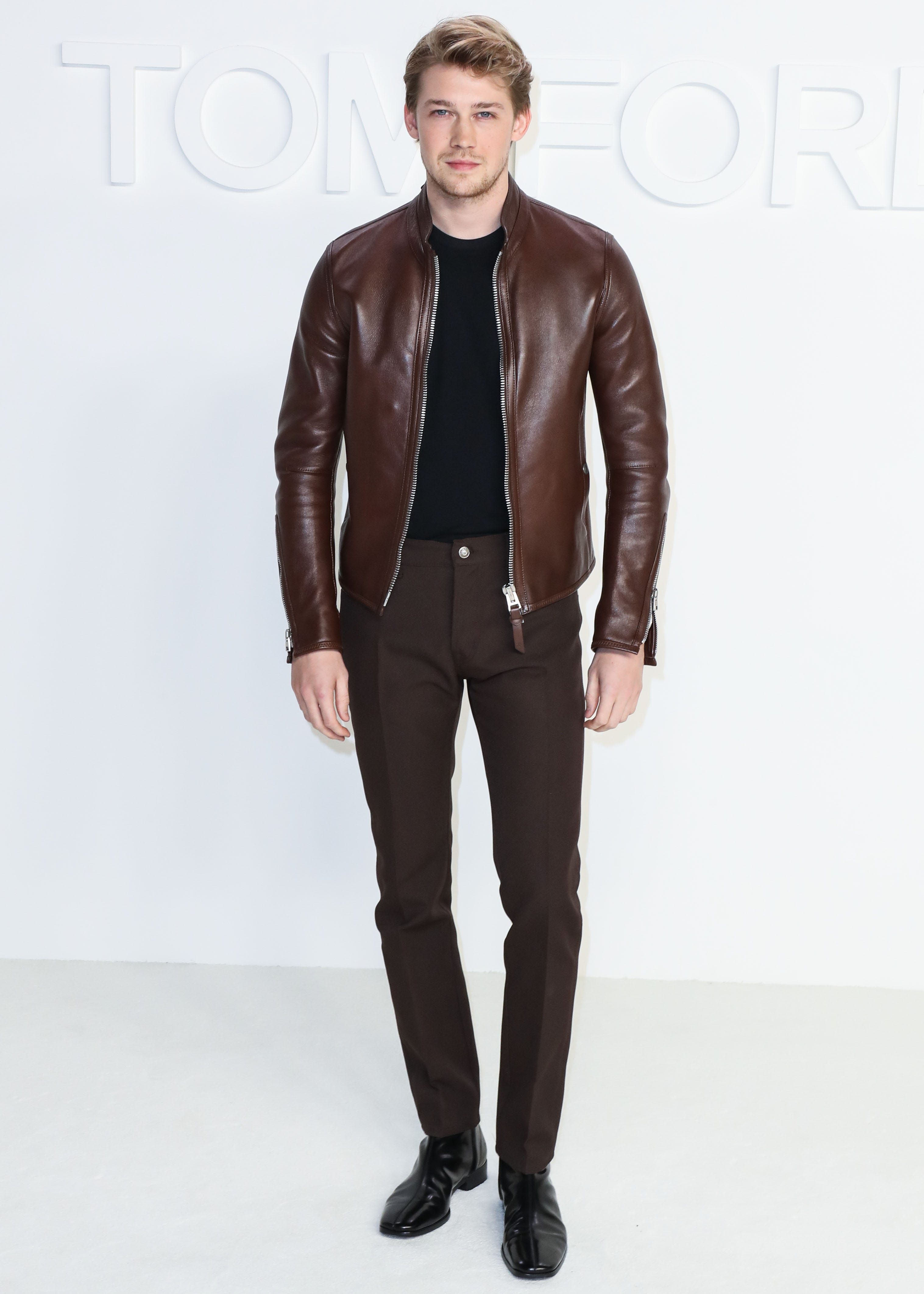 The “Harriet” star opted for dark-brown pants instead of a classic pair of black trousers.

Blake Lively went for a suited look at the Michael Kors Collection show. 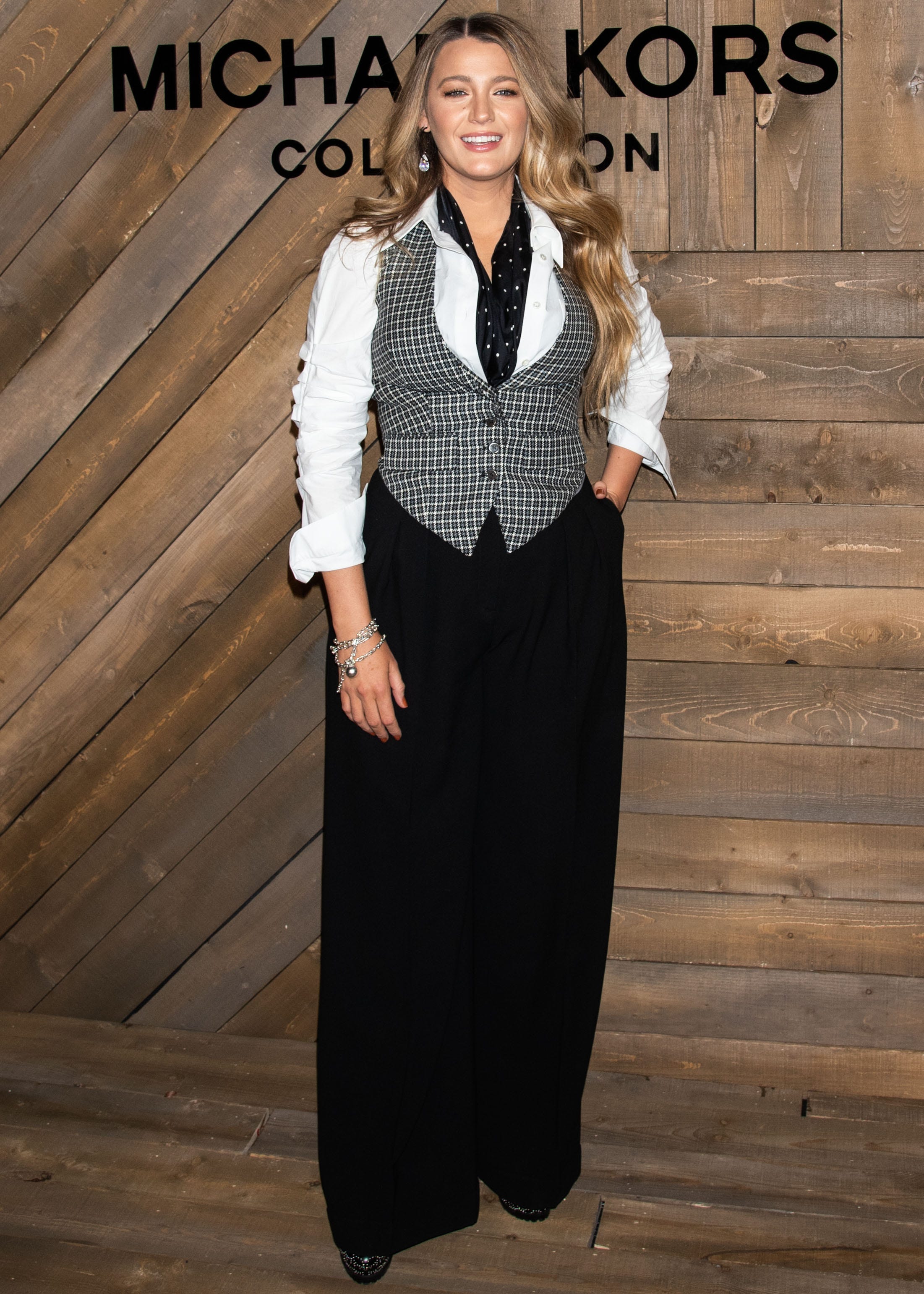 The actress wore a menswear-inspired black-and-white look to the star-studded event.

Miley Cyrus wore an edgy look on her way to the Marc Jacobs fashion show. 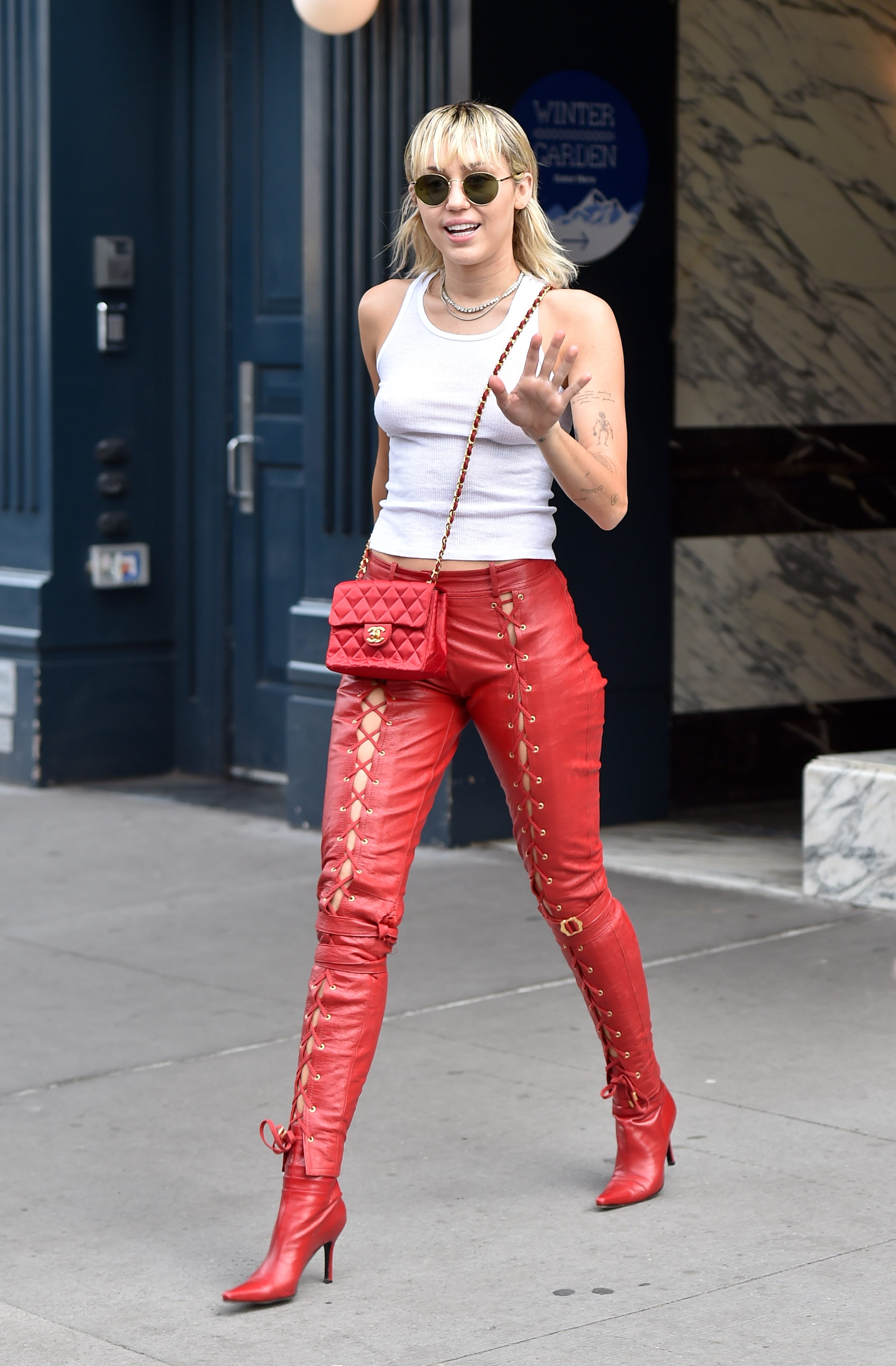 Zazie Beetz was a floral dream at the Rodarte fashion show. 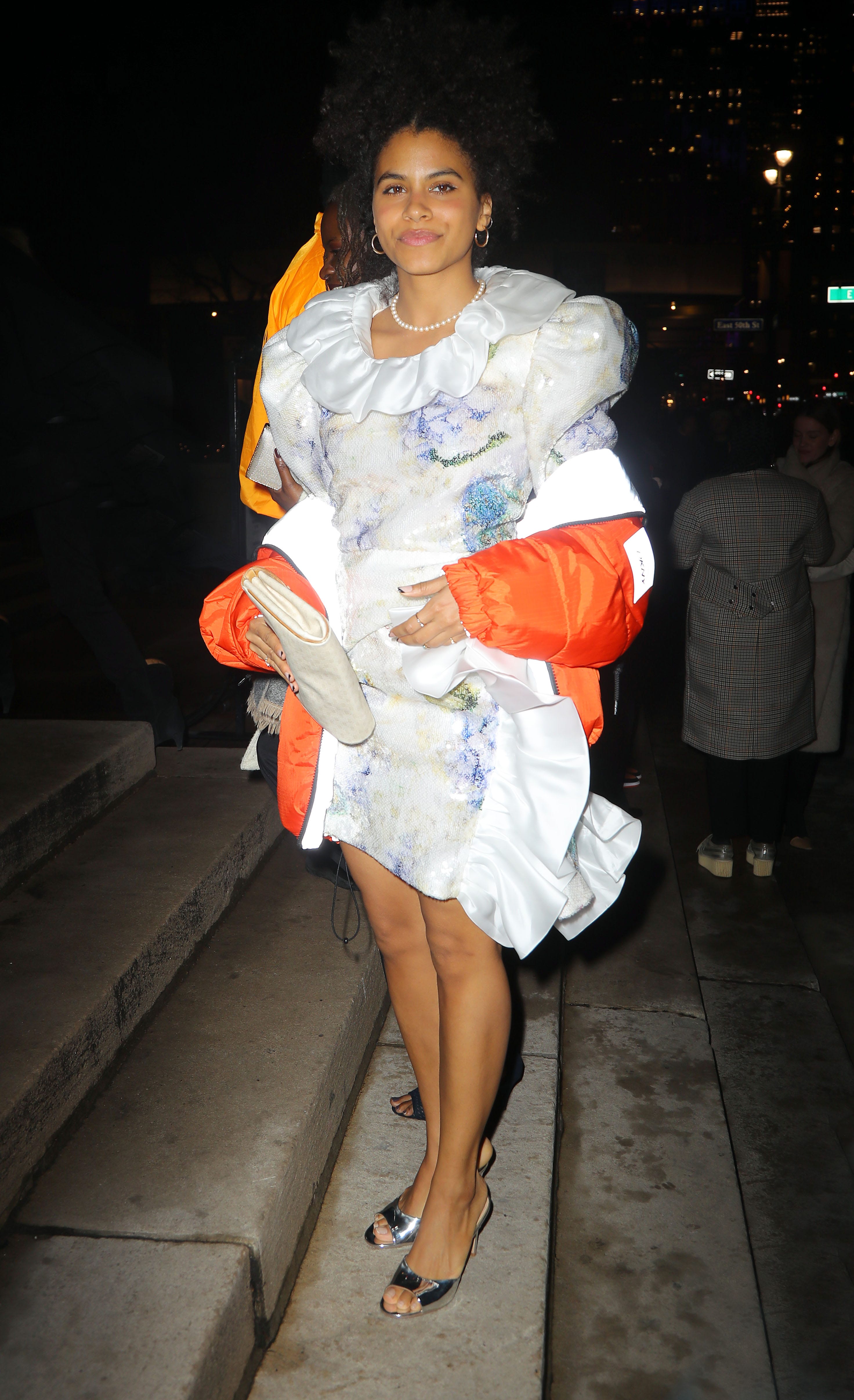 The “Joker” star arrived in a floral dress with ruffles. She paired it with silver heels and an orange puffer coat. 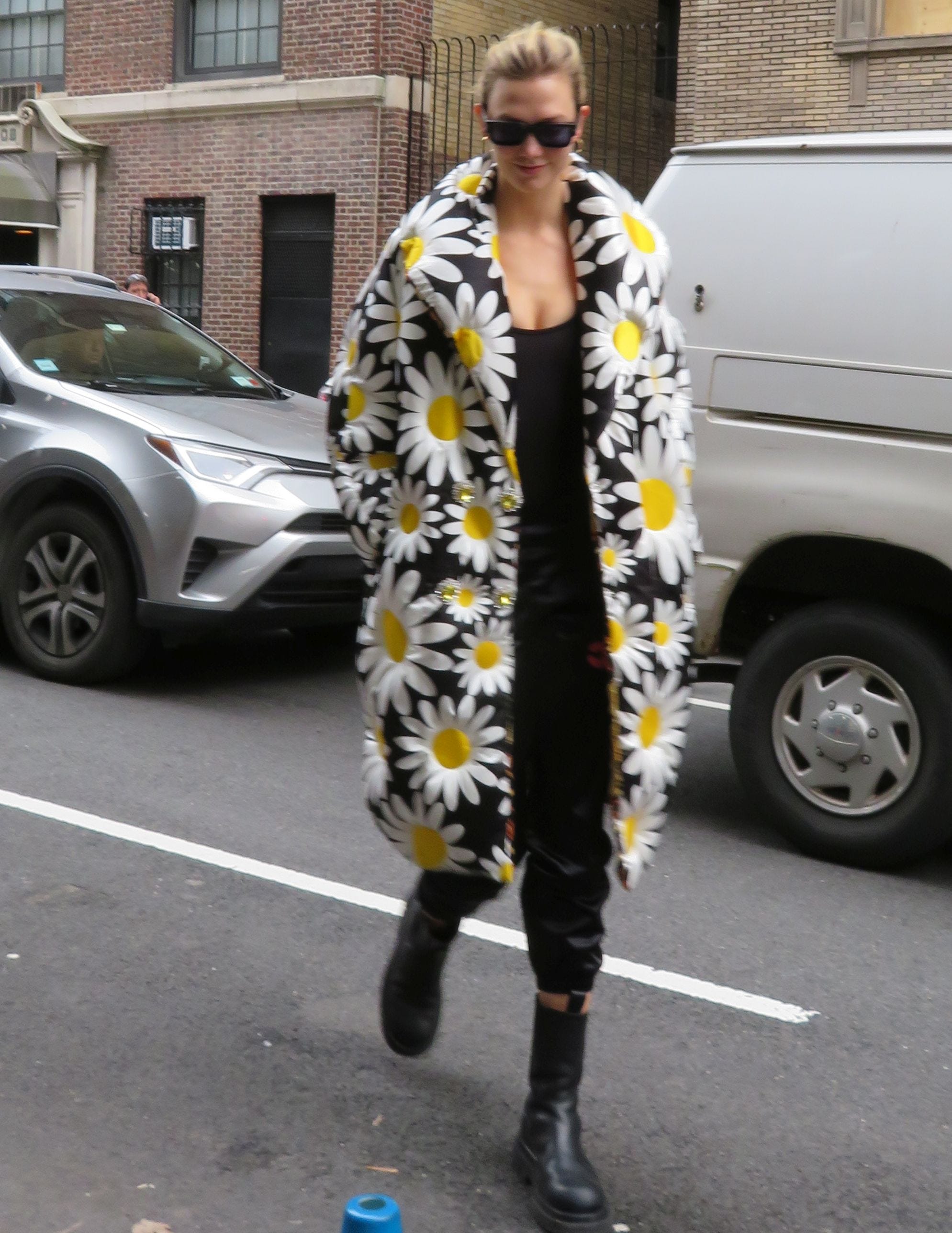 The supermodel wore an all-black outfit so the daisy print would standout.