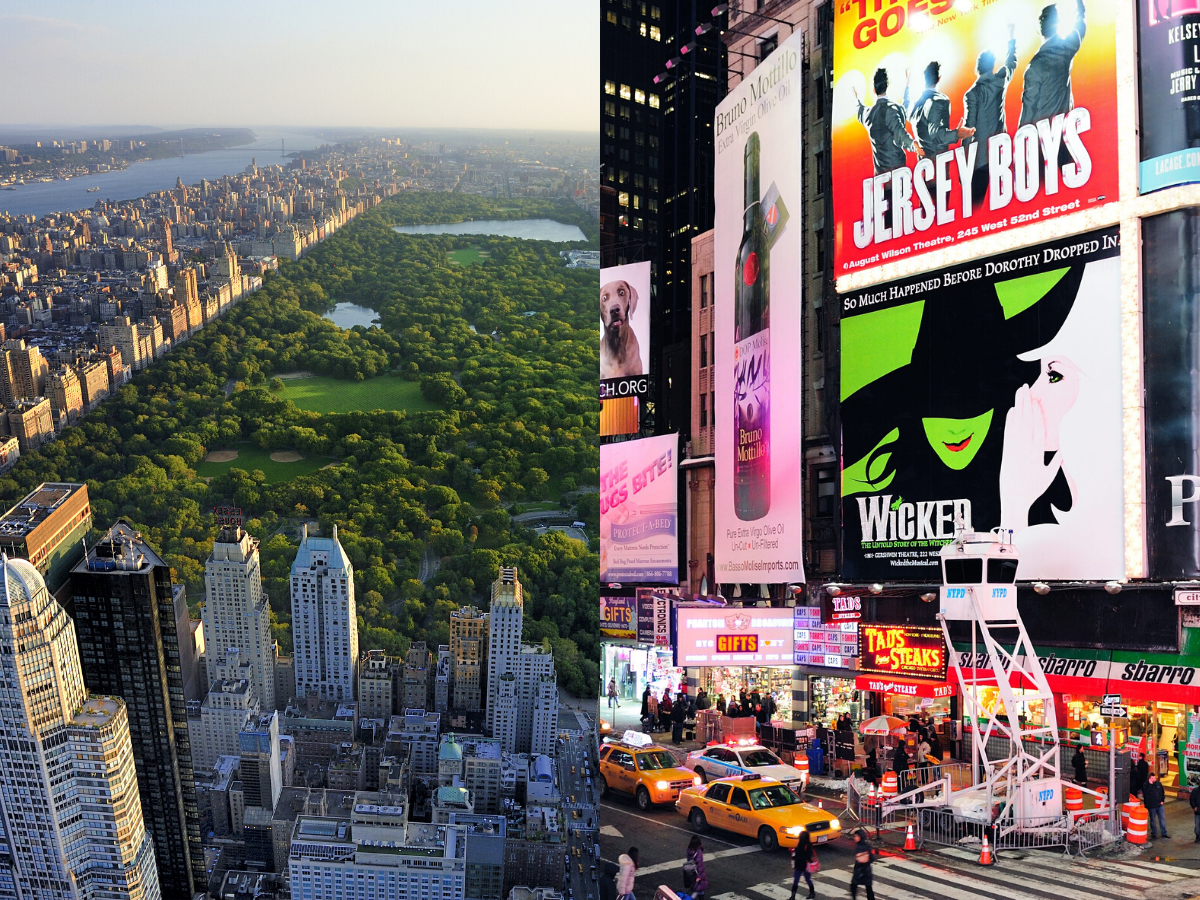 Known for its strong accents, diverse food, and vast skyscrapers, New York City welcomed over 65 million visitors in 2018, according to NYC and Company.

Although the city isn’t physically welcoming tourists right now, virtual visitors are encouraged. Across New York’s five boroughs, organisations have created and shared virtual tours that showcase what makes the city one of the most popular destinations in the world.

From watching your favourite Broadway show to taking a stroll through Central Park, here’s how to visit New York City virtually.

Take a virtual helicopter ride for an aerial view of the city. While you might have seen pictures of New York City from the ground, this 360-degree view showcases the city from a new perspective. On the helicopter ride, you’ll see a birds-eye view of the Statue of Liberty, Central Park, and Times Square.

Walk across the Brooklyn Bridge during sunrise. 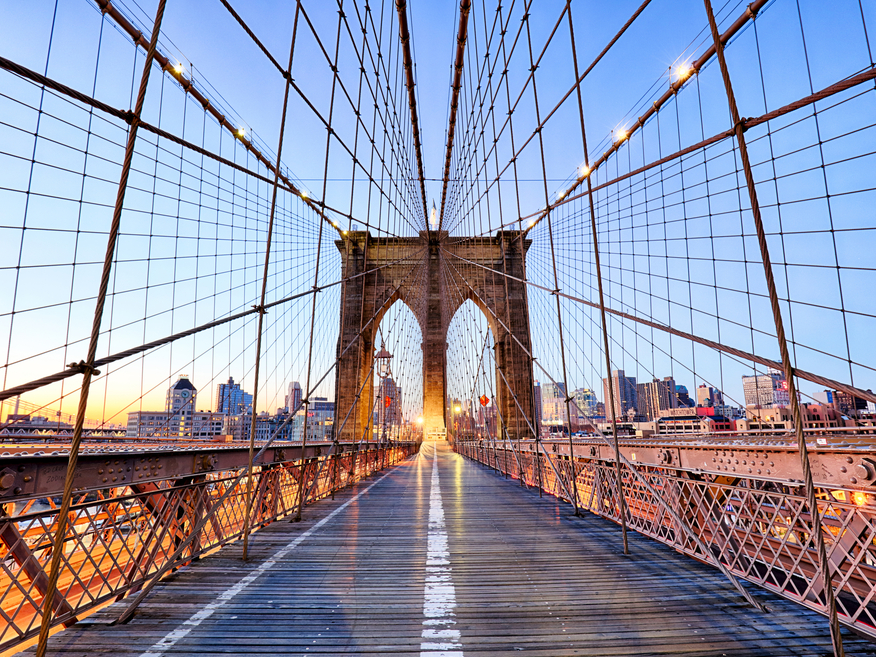 TTstudio/ShutterstockView from the Brooklyn Bridge.

Luckily you don’t have to wake up early to see the beautiful sunrise from the Brooklyn Bridge. This photography walk showcases breathtaking views.

Wander through the Grand Central Terminal. 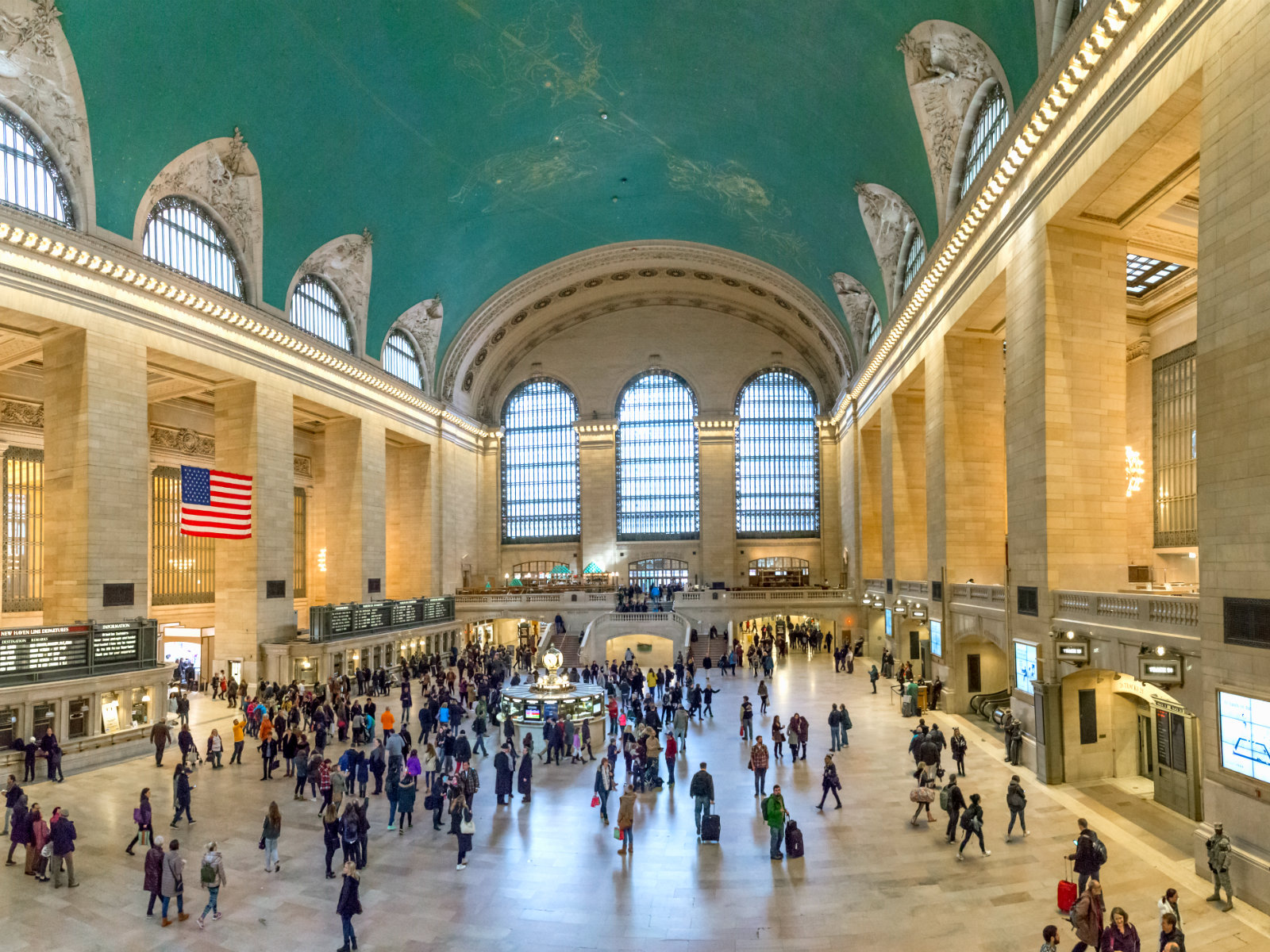 While the bustling Grand Central Terminal now sits nearly empty, this virtual tour brings it back to life. Virtually walk through the entire station and learn about the historical role it’s played in New York City.

Sing along to your favourite Broadway show. Songquan Deng/ShutterstockYou can stream your favourite Broadway shows at home.

BroadwayHD is offering a free seven-day trial of its streaming service. On the site, you can watch performances from Broadway theatres and other venues from around the world. Whether you’re in the mood for a singalong like “Kinky Boots” or the Tony-award-winning show “Sweeney Todd,” find them here. If you’ve been to New York City before and have already seen some of the more popular tourist attractions, then check out the Tourist in Your Own Town. The video series takes viewers through some less popular spots, like Theodore Roosevelt’s Birthplace or the New York City Fire Museum.

Roam the rooms at the Frick Collection. Spend hours virtually wandering throughout the Frick Collection. The virtual tour, which is divided by rooms, offers a fun way to explore art through your screen. The museum is located in an old mansion on the Upper East Side built by Henry Clay Frick, an American industrialist.

Take a moment at the National September 11 Memorial. 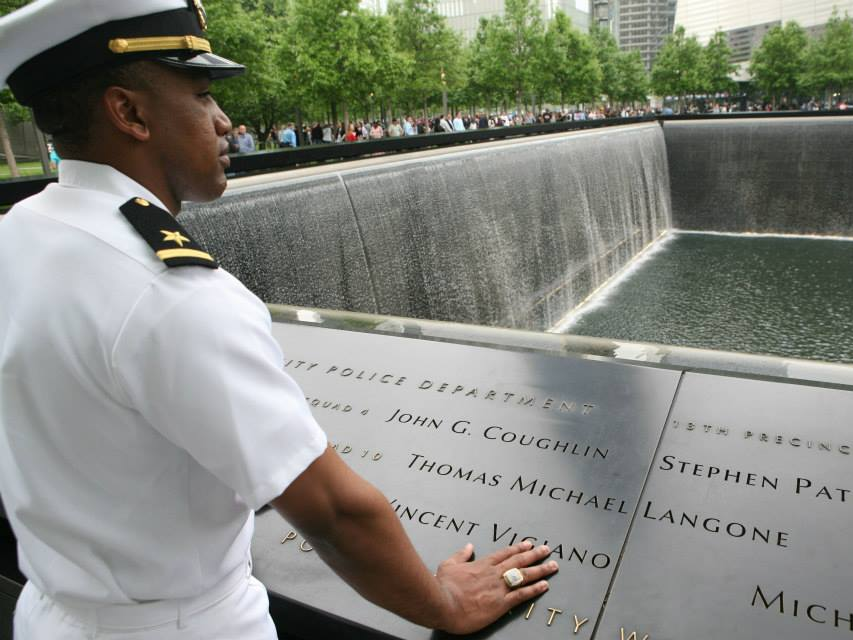 The memorial commemorates the 2,977 people who died during the September 11, 2001 attacks. The museum, which looks back on the attacks that changed American history, is a must-see – virtually or not. 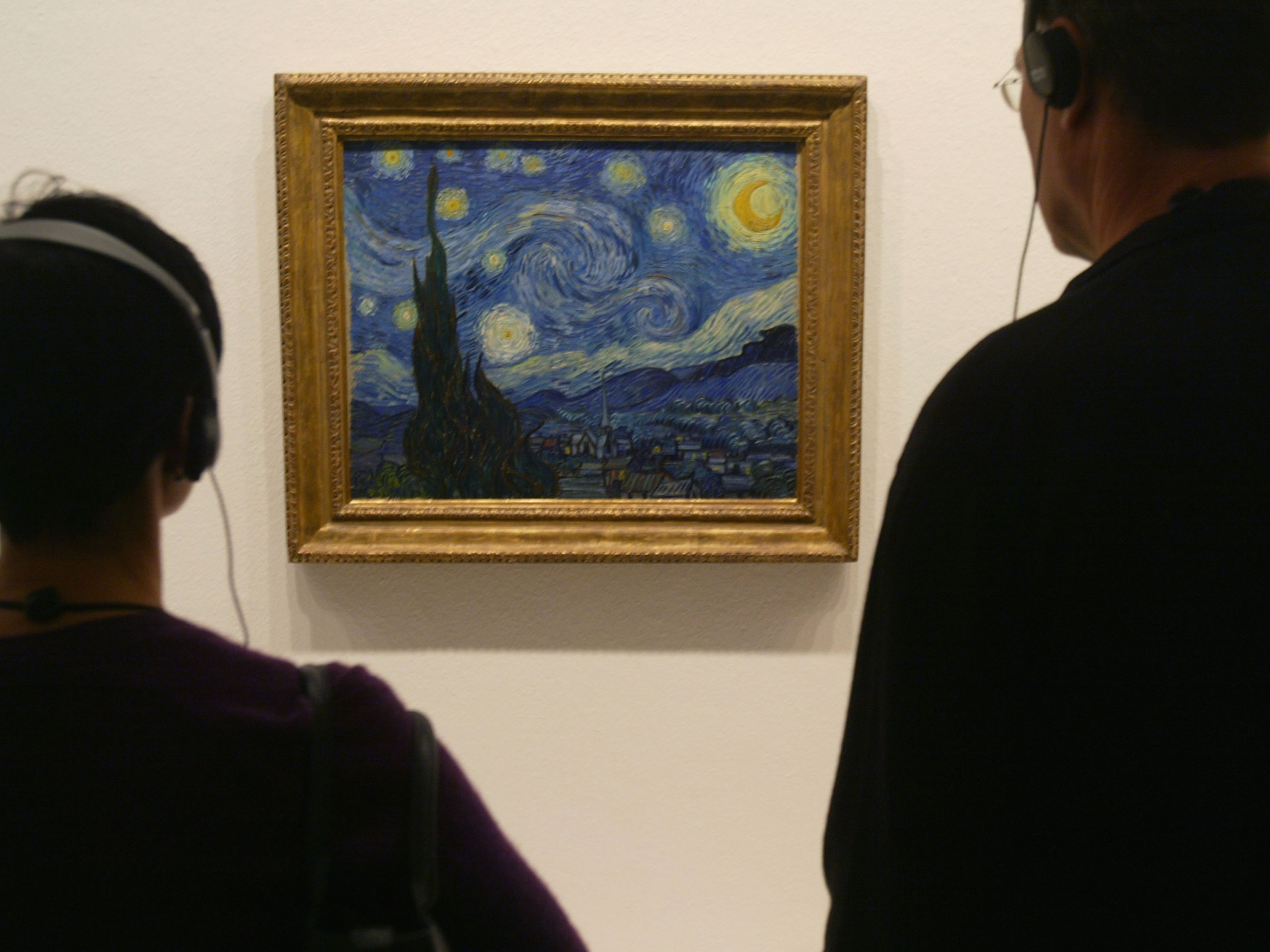 The Museum of Modern Art is home to some of the world’s most famous artworks. MoMA now houses 150,000 paintings, sculptures, and other works across contemporary art. On the Google Arts and Culture tour, learn about Vincent van Gogh’s “The Starry Night” or Henri Rousseau’s “The Sleeping Gypsy.”

Laugh out loud during a comedy livestream. Caveat, Magnet Theatre, and Stand Up NY are all livestreaming comedy shows.

Put a little spring in your step and take a tour of the cherry blossom trees. Springtime means cherry blossom season in New York. Parks and gardens across the city blossom into colour, but there’s still a chance to celebrate the beauty from indoors. Take a virtual tour of the different cherry blossom groves at the Brooklyn Botanical Garden.

Step back in time at the Tenement Museum. 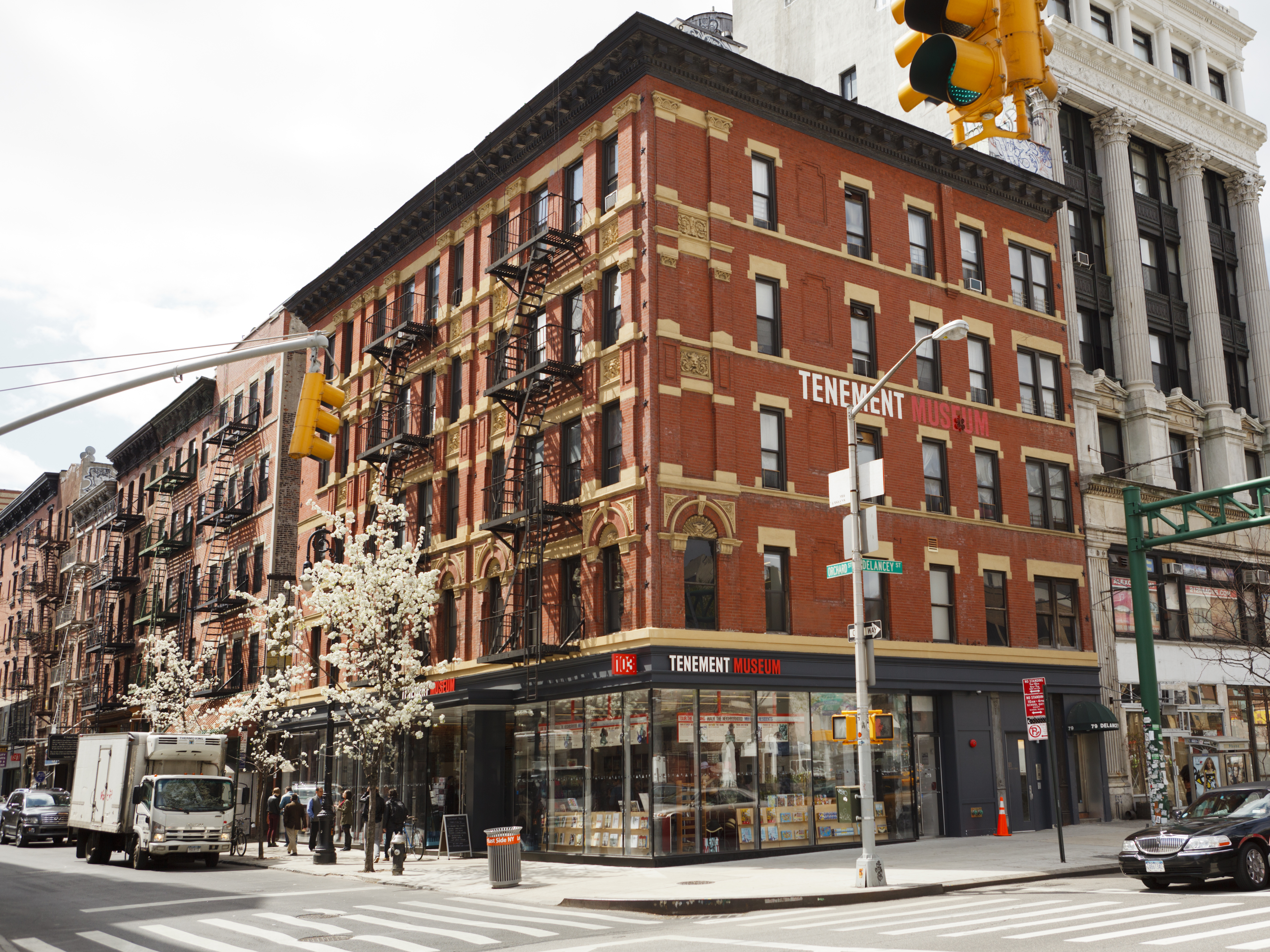 DW labs Incorporated/Shutterstock.comThe Tenement Museum has restored the buildings to their original form.

The Tenement Museum is dedicated to sharing the stories of New York City’s immigrants. On the virtual tour, you’ll step inside two tenements, which are shared, urban dwellings. The buildings have housed families from more than 20 different nations.

A trip to New York City isn’t complete without a stroll through Central Park. The 843-acre park is a New York centrepiece. During the virtual tour, you can explore the park’s beautiful fountains, lakes, and statues.