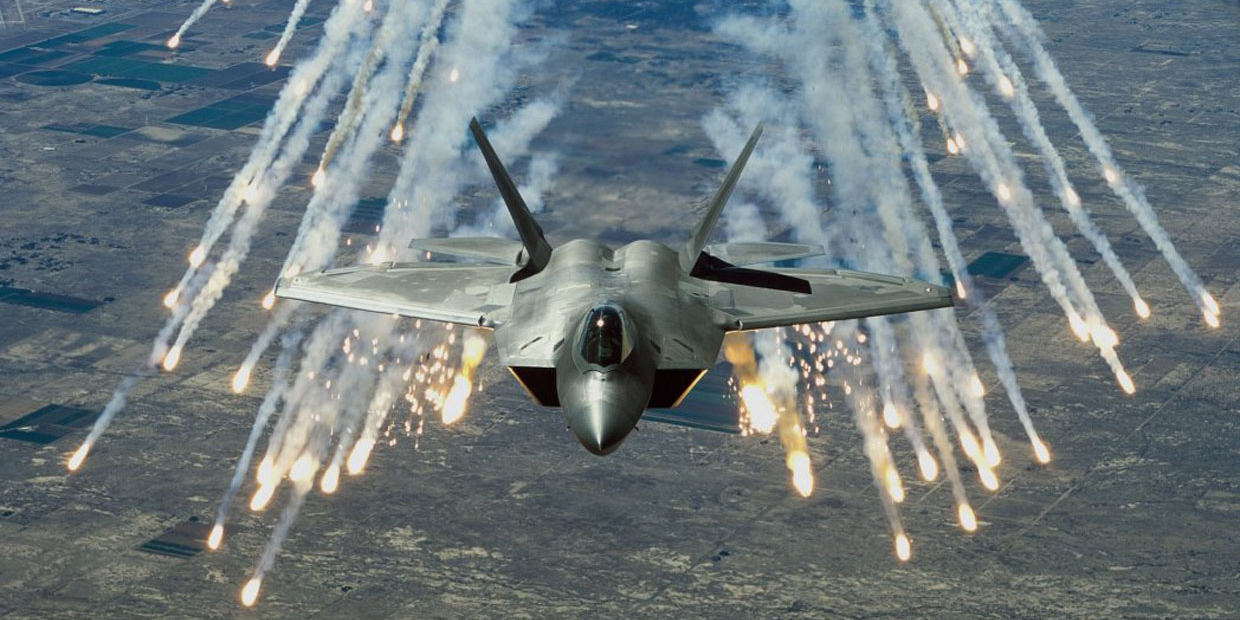 A lot of US military aircraft have fallen short of their readiness goals for the better part of a decade, including America’s arsenal of fighter jets, according to a new government watchdog report.

Over the better part of the last decade, only three of 46 aircraft types in the US arsenal regularly met the service-established mission capable goals, and only one, the Air Force’s UH-1N Huey, consistently met the readiness goal, the Government Accountability Office reported Thursday.

And, that’s not even the worst of it.

From fiscal year 2011 to 2019, 24 military aircraft types, to include critical fighter aircraft like the Air Force’s F-22 Raptor and the Navy’s F/A-18E/F Super Hornet, never once achieved their required mission capable rates.

Mission-capable rates are an important readiness metric that is defined as the percentage of total time an aircraft can fly and execute at least one mission.

A chart released by the GAO in its latest report shows just how bad the aircraft readiness situation is. 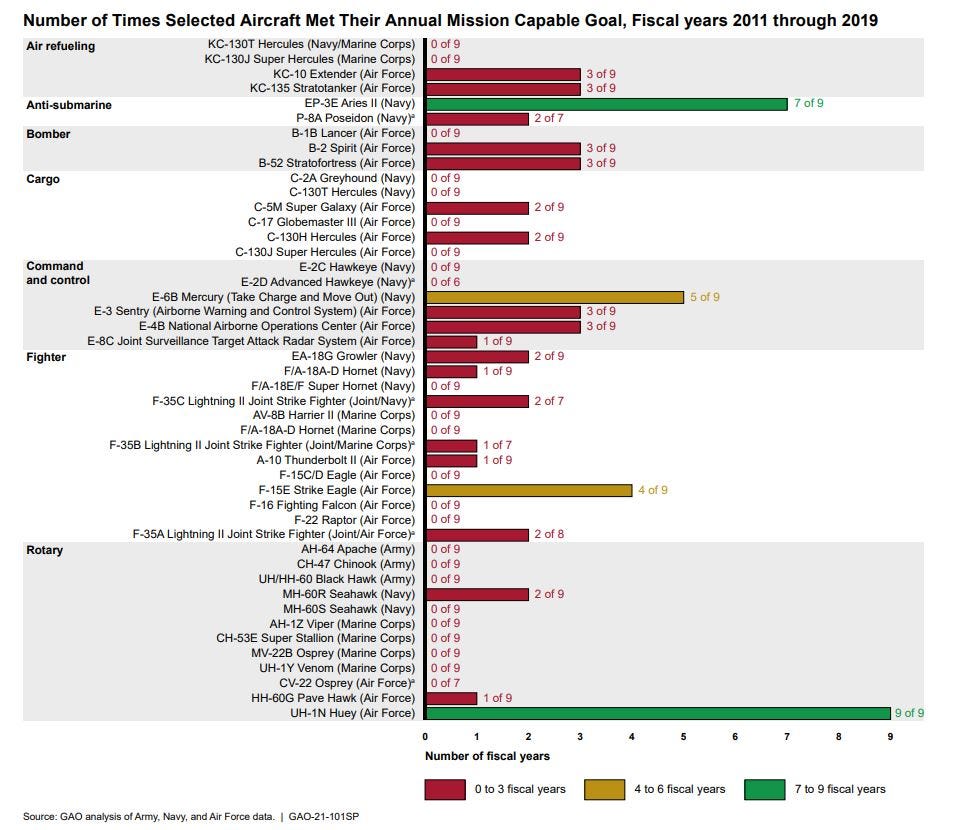 “Average mission capable rates for the selected Air Force, Navy, and Marine Corps aircraft have fallen since fiscal year 2011,” the GAO reported, noting that there were, however, some increases in readiness for Army aircraft.

Another 18 aircraft evaluated were 15 to 6 percentage points below their goal.

Although the US military spends tens of billions of dollars a year ($US49 billion in FY 2018) on maintenance and sustainment, issues like unexpected repair demands, maintenance backlogs, parts shortages, and a diminishing manufacturing base are making it tough fighter jets like the F-22 and F/A-18E/F to hit their goals.

GAOSustainment Challenges Affecting Some of the Selected Department of Defence Aircraft

Looking just at the F/A-18E/F Super Hornet, the Navy carrier-based fighter jet saw its operating and support costs jump by $US1.13 billion to $US3.29 billion between 2011 and 2018, at which point maintenance costs alone had climbed to $US1.45 billion.

During that same time period, the mission capable rate for this particular aircraft dropped below 50 per cent, GAO reported, acknowledging that its data and evaluation process are different from those of the Navy.

In mid-September 2018, then-Secretary of Defence James Mattis sent out a memo that demanded that Navy and Air Force fighter jets, specifically the F/A-18, F-35, F-22, and F-16, achieve a minimum mission capable rate of 80 per cent.

He wrote that this was necessary to ensure that US aviation assets “prove dominant over the battlefields of both today and tomorrow.” But, that goal was not achieved, and readiness has actually gone down, despite some initial improvements following Mattis’ memo.

Of the four US fighter aircraft types mentioned in Mattis’ memo, only the F-35 has occasionally hit its readiness goals. The other three have never hit their goals any year between 2011 and 2019.

An official from the Office of the Secretary of Defence told the GAO that the US military had decided to move away from narrow goals for specific aircraft and was instead exploring ” a more holistic view of readiness.”