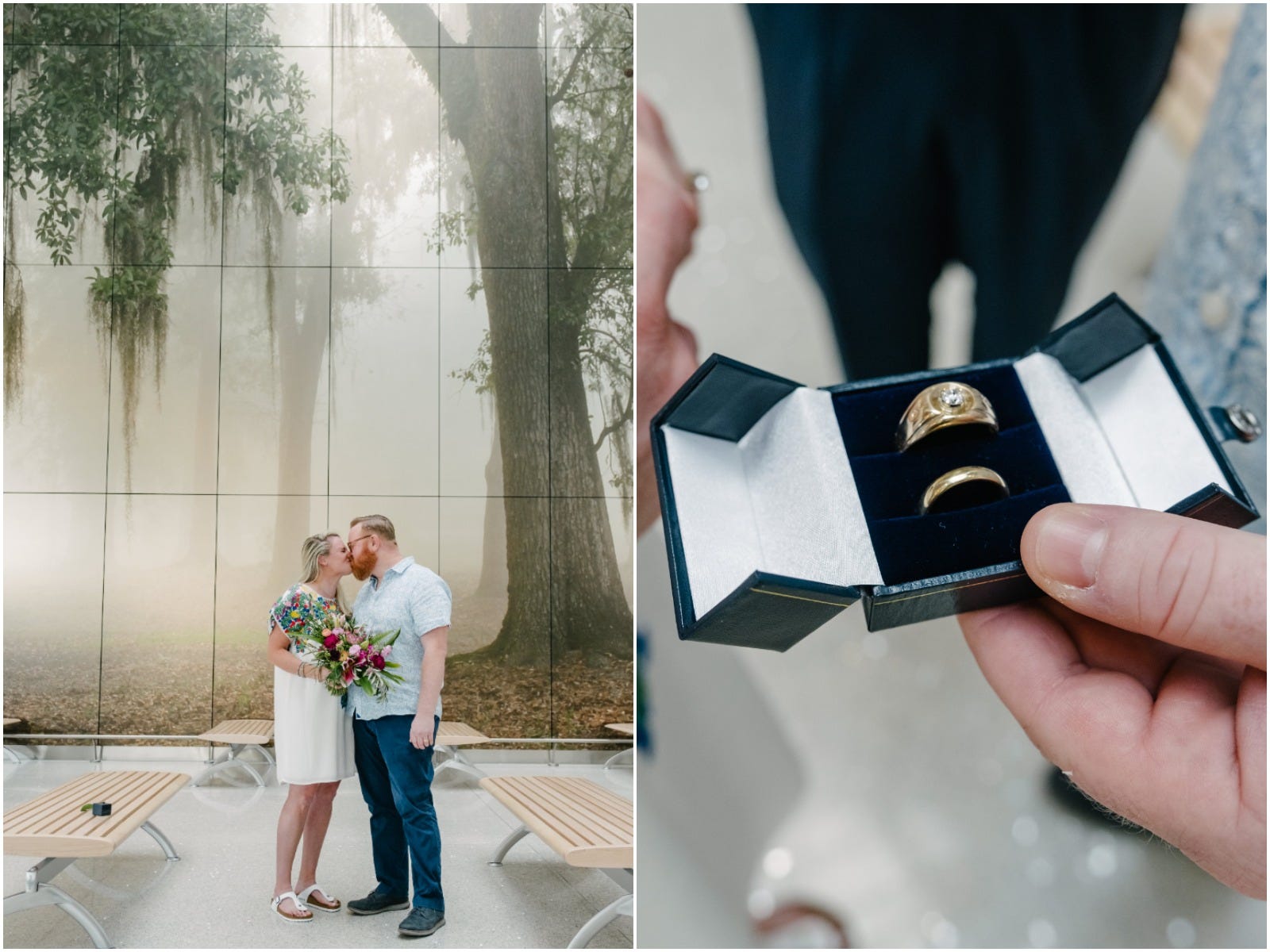 One New Orleans couple didn’t want to wait for the pandemic to end to tie the knot.

Chase Thomas and Emily Zilich got married at Louis Armstrong New Orleans International Airport (MSY) on September 4, less than two hours before hopping on a flight to Oaxaca, Mexico, for their honeymoon.

The couple originally set a date for an April 2020 wedding, but their plans quickly changed due to the coronavirus pandemic.

“We were originally scheduled for April 4, but as everything started going crazy in early March â€” about three weeks out from the wedding â€” we had to call it,” Zilich told Insider.

The couple told their guests they were postponing and picked a date in October. However, as the day drew closer, New Orleans remained in Phase 2 of reopening, and indoor gatherings of more than 25 people are still not allowed. 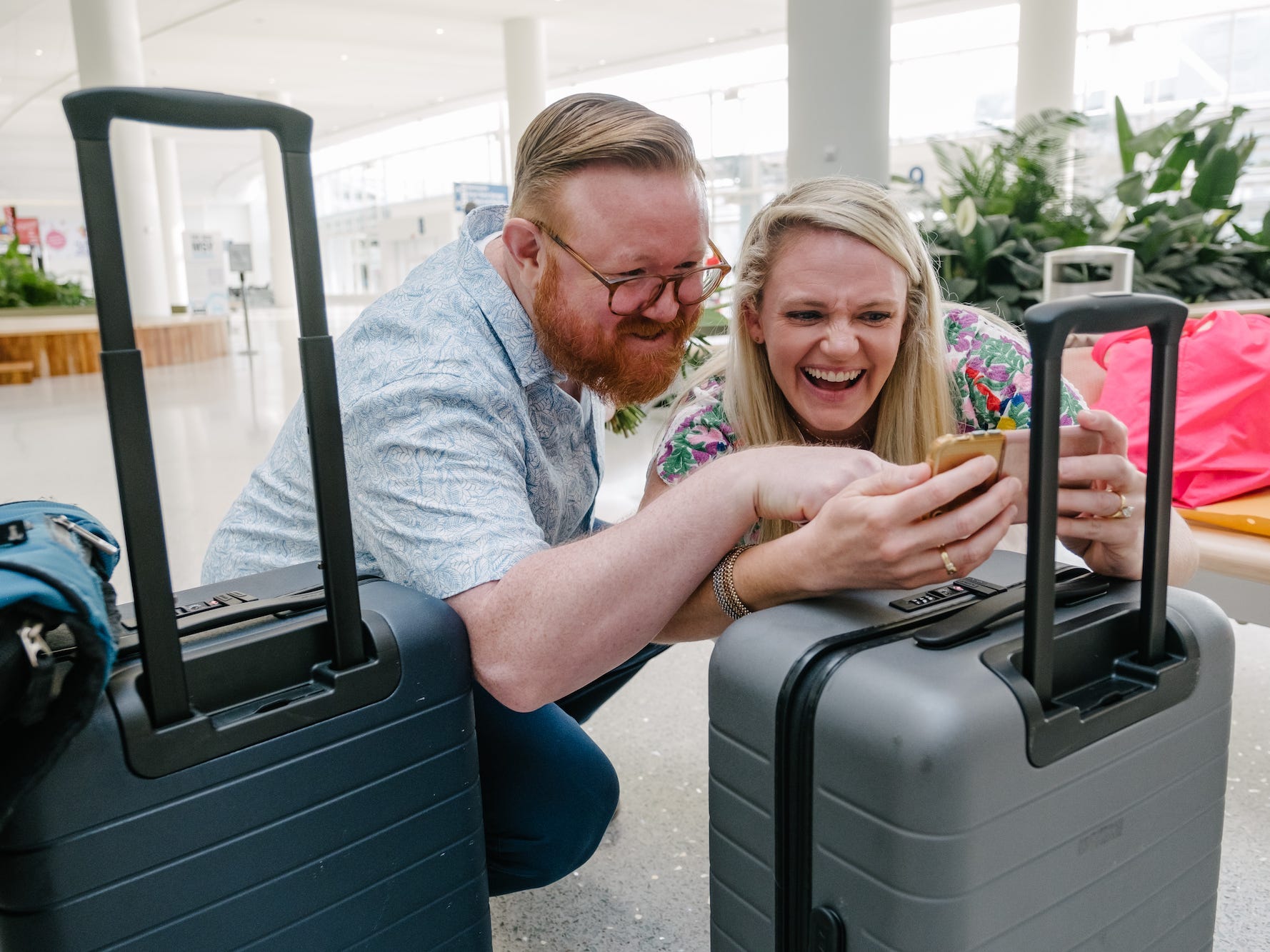 Studio Tran PhotographyThe couple had their bags packed for their honeymoon in Mexico.

Zilich told Insider almost all of their family lives out of town and would have needed to travel to the wedding.

“We just didn’t feel comfortable asking people to take that risk,” she said.

Additionally, Zilich shared that New Orleans has had to frequently readjust their pandemic-related regulations, and they didn’t want any surprises to add extra stress to their big day.

The couple’s parents didn’t mind not being able to attend in person.

“All three sets of our parents had told us independently, ‘Why don’t you just get married on your own?’ So we knew no one would be really upset,” Zilich said.

The couple knew they wanted to get married in New Orleans because it’s where they fell in love. Both originally from out-of-state â€” Zilich from Connecticut and Thomas from Oklahoma â€” they met in New Orleans via the dating app Bumble in 2018. They also wanted to get married nearby so that their local pastor could officiate their wedding. At the same time, they were planning a trip to Mexico for their honeymoon, so they decided the airport was the perfect place to have their ceremony.

They originally planned to tie the knot outside the airport terminal so that they wouldn’t have to wear masks in their wedding photos, but once they arrived at the airport, Thomas went inside and noticed that the new terminal was totally empty.

The terminal, which opened in November 2019, features a beautiful tree mural that was the perfect place to capture their special moment. The couple tied the knot as their family watched via Zoom on a mobile phone. 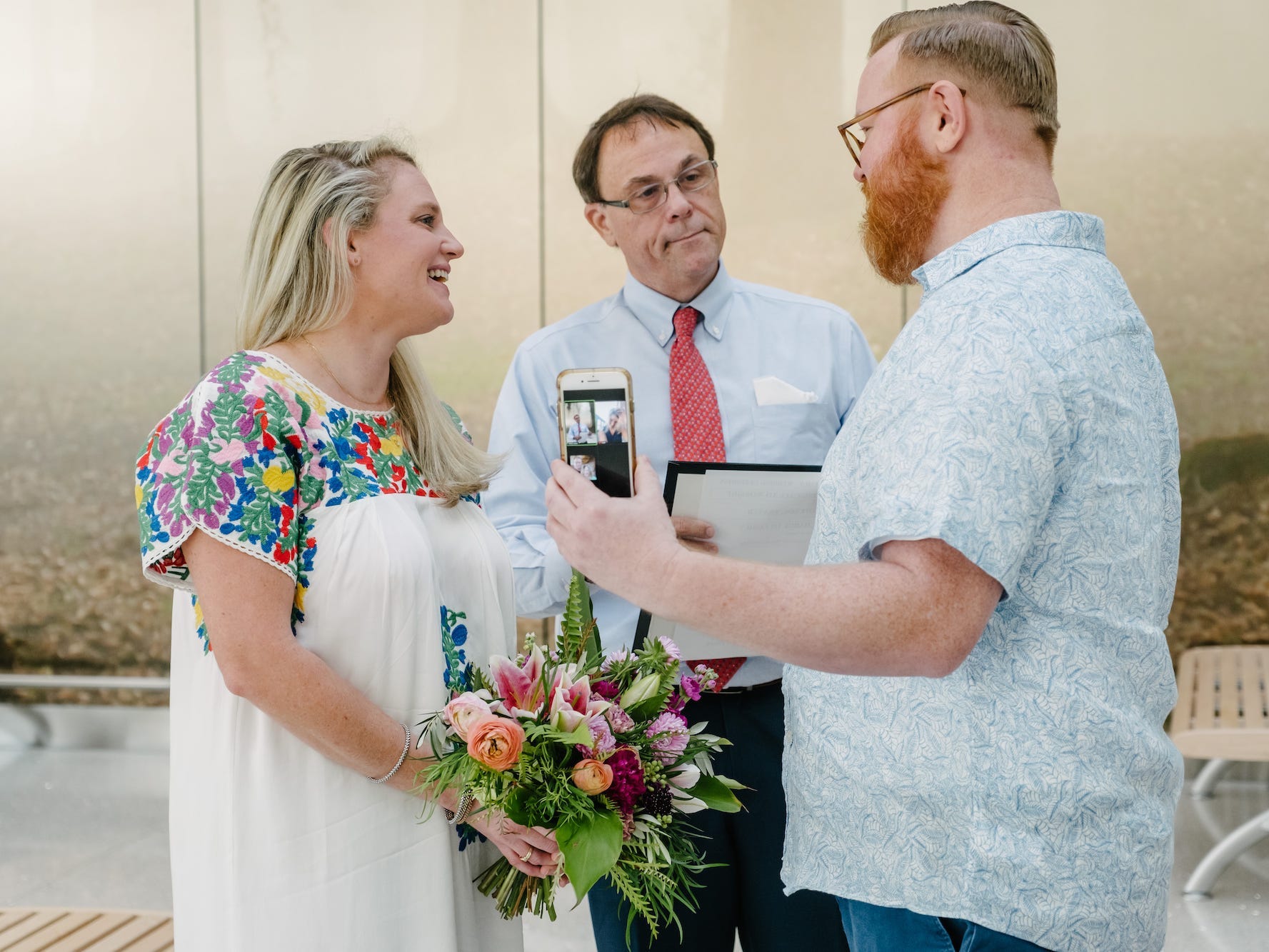 “It kind of all just fell into place,” Zilich said. “Once we planned and cancelled two separate weddings we didn’t really care anymore â€” we just wanted to get married.”

After a brief, 25-minute ceremony, the couple boarded a flight to Oaxaca, Mexico, to enjoy their honeymoon.

“We never imagined it would look like this, yet at the same time, we’ll never forget the way that it happened,” Zilich said of her special day.

New Orleans Airport’s official Twitter account posted a photo of the couple to celebrate their nuptials, writing: “A huge congratulations to Chase and Emily on their marriage. May they have a long, happy life of love and adventure!”

…they decided on a small ceremony at #MSY right before they took off to Mexico for their honeymoon.

Again, a huge congratulations to Chase and Emily on their marriage. May they have a long, happy life of love and adventure!