The downside of purchasing a phone without a two-year carrier contract is the price. If you agree to stick with the same network and the same phone for two years, carriers usually slice the price of the phone by at least half of what you would normally pay.

But Motorola doesn’t think you should have to commit to a two-year contract to get a decently priced phone. Its new version of the Moto E only costs $US150 without a carrier subsidy.

The Moto E is smaller, cheaper, and less powerful than most of today’s popular phones, but it seems like a great deal considering what you’re getting. Unlike the previous generation Moto E, this year’s model is able to connect to 4G LTE, so apps will load faster, messages will send more quickly, and so on. It’s only $US20 more expensive than the $US130 first-generation Moto E.

The new phone also ships with Android 5.0 Lollipop — Google’s newest version of Android. That’s a big deal because many older yet more expensive phones are still waiting for the update.

Motorola’s newer Moto E comes with a slightly larger screen than its predecessor (4.5 inches vs. 4.3 inches). It’s a little bit larger than the iPhone 5, which features a 4-inch screen, but the resolution is the same as the previous Moto E at 540 x 960. It runs on an upgraded Qualcomm processor and also comes with a front-facing camera unlike the first Moto E.

Motorola will soon offer a 3G-only version of the second-generation Moto E, but it hasn’t announced pricing or availability for that just yet.

Based on our limited time with the phone, it seems like an excellent value for those on a tight budget that don’t want to commit to a full two-year contract. 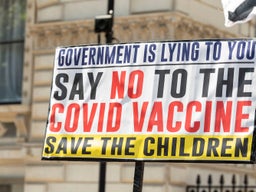 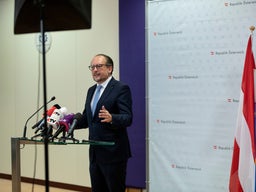