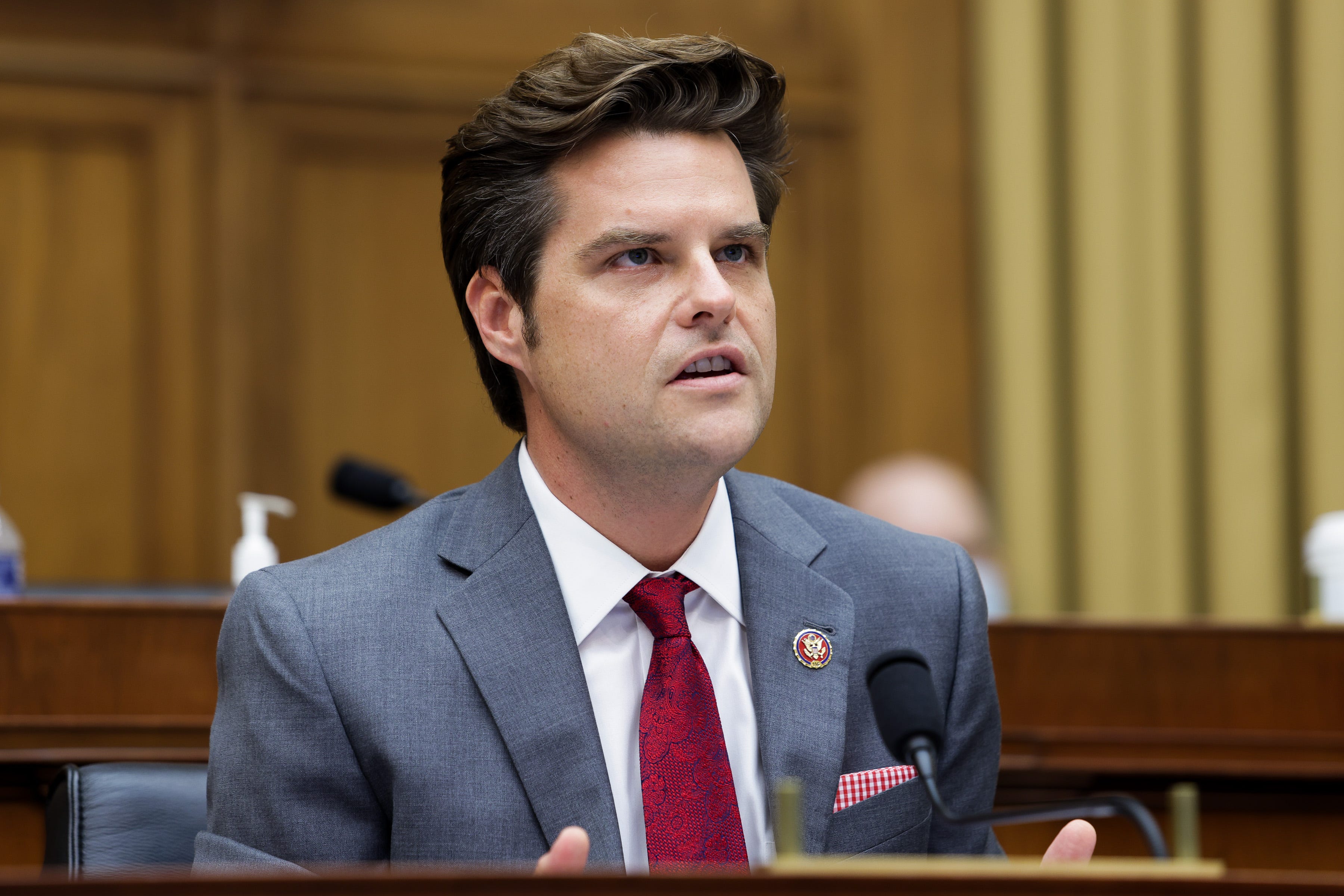 New York and New Jersey officials are disturbed that a Republican club on Thursday hosted a gala with 150 mask-less people in attendance, including Florida Rep. Matt Gaetz.

A day after the event, New Jersey Mayor Steven Fulop shut down the Maritime Parc, the restaurant that hosted the gala, according to a statement. Fulop ordered the restaurant to close indefinitely after photos circulated on social media showing mask-less attendees, including Gaetz, smiling and packed close together indoors.

The event was an annual gala thrown by the New York Young Republicans Club.

Fulop said the restaurant will remain closed until the owners create a viable plan detailing how they will comply with coronavirus-related restrictions and mandates. The plan must be submitted to and reviewed by the state’s health department.

“In Jersey City, we take Covid enforcement very seriously, and this event appears to be an egregious violation of the governor’s executive orders, including capacity limitations and mandatory mask wearing,” Fulop said in a statement to Business Insider. “This event blatantly disregards the protections put in place to safeguard the community from further contagion and has put Jersey City and countless others at serious risk.”

“Matt,” Murphy said, “You are not welcome in New Jersey, and frankly I don’t ever want you back in this state.”

Gaetz, a fierce ally to President Donald Trump, fired back at Murphy: “You’re gonna regret this tweet when you move to Florida like the rest of New Jersey,” he tweeted.

He also appeared to call for people to protest the restrictions in New Jersey.

Should we organize a “peaceful protest” of lockdowns in New Jersey?

“They violated New Jersey’s laws and Gov. Murphy is right to point it out,” Cuomo said.

The New York Young Republicans Club fled to New Jersey after a Manhattan venue reportedly declined to host the event.

Gavin Wax, the president of the organisation, said it had been the plan all along to host the event at the New Jersey restaurant, the Daily Beast reported.

But a spokesperson for the Maritime Parc told multiple outlets that the event was a “last-minute booking.”