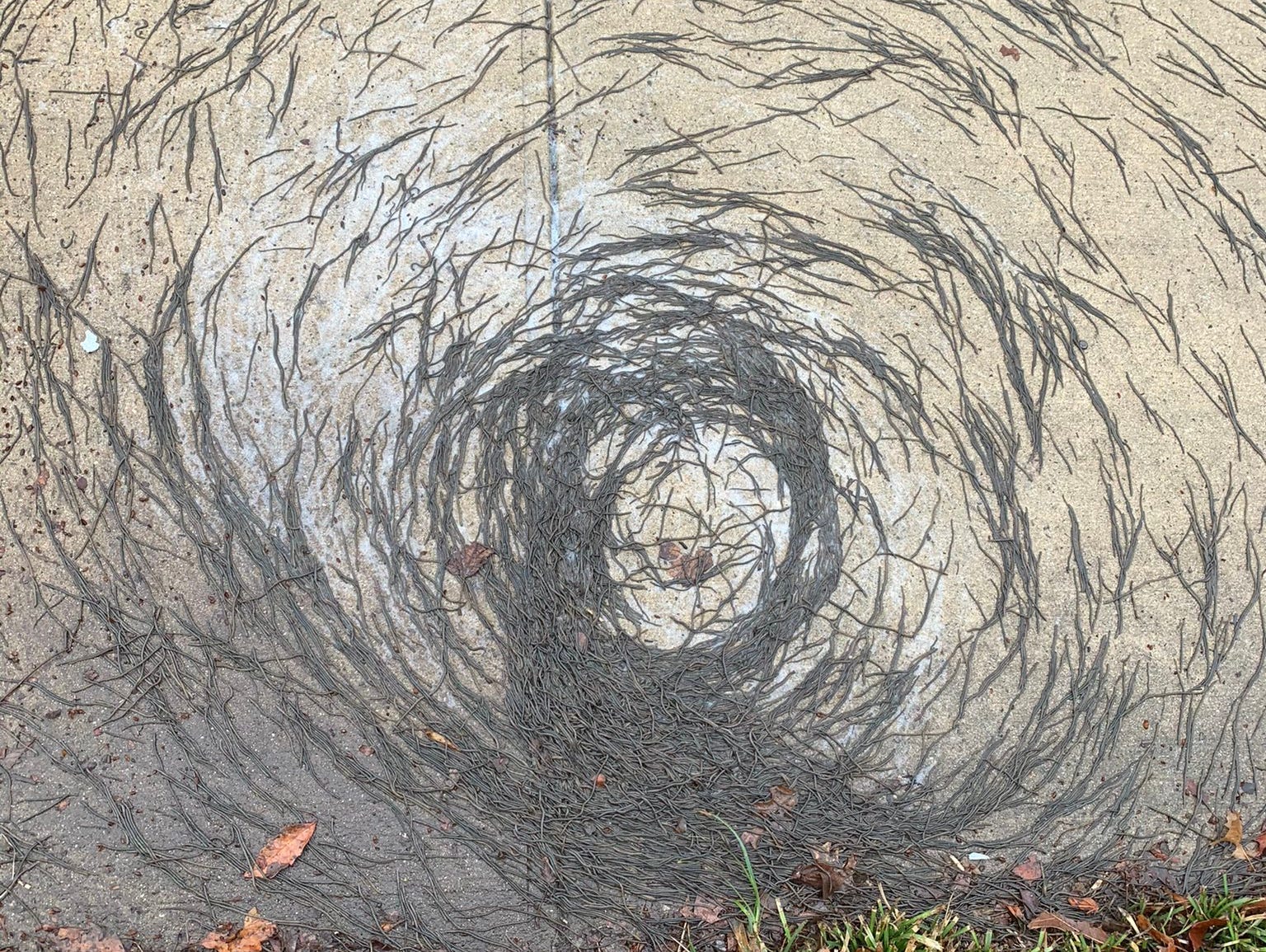 Tiffanie FisherWorms form a tornado-like shape on a sidewalk in Hoboken, New Jersey.

Hundreds of worms formed a tornado-like shape on the surface of a sidewalk in Hoboken, New Jersey.

Tiffanie Fisher, a local councilperson, shared the images to her social media.

Read more:
Here are 10 companies hoping to cash in on the boom in edible worms and crickets

The images of what is now being called a “wormnado,” or worm tornado, horrified locals.

“Clearly a sign of the end of days,” wrote another.

The woman who first spotted, however, told Insider that she thought it was “beautiful” and “unique.”

Others expressed curiosity over what might have caused the intriguing formation.

Kevin Butt, a soil ecology expert at the University of Central Lancashire, said that he believes it can be attributed to a combination of heavy rain and the sidewalks being a hard surface.

“In short, worms have likely come to the soil surface due to excess rainwater, have been unable to burrow down due to movement on to a hard surface and the shape seen may well be a function of the water draining away, rather than specific behavior of the earthworms,” Butt told Insider.

Kyungsoo Yoo, a professor at the University of Minnesota’s Department of Soil, Water, and Climate, agrees that it is possible that worms might have come to the surface due to rainfall.

Yoo also suggested that vibrations, potentially from moles burrowing, could have caused the creatures’ emergence.

The tornado shape, however, is mysterious to him.

“I have never seen this behavior,” Yoo wrote in an email. “This tornado shape is really interesting.”

Rhonda Sherman, the director of the Compost Learning Lab at North Carolina State University, said that she doesn’t believe there is enough information to explain the puzzling formation.

A few hours after the worm formation was spotted, it vanished. “The bulk of it was gone – I’m not sure where they went,” the Hoboken resident told LiveScience.

And so, the mystery of the wormnado continues.