The newest faces in the current investment boom is breaking stereotypes of what the next generation of Australians want from the market, as they continue to shake it up.

New research released by share trading platform Stake has put a face to the cohort, who have overwhelmingly made up the hundreds of thousands of Australians who began investing during the pandemic.

The Sydney-based platform surveyed more than 1,000 aged under 40, finding almost seven in 10 have turned to new share trading platforms, reflecting the enormous land grab each has made in the last 18 months. Stake founder and CEO Matt Leibowitz says it shows a prevailing trend among the young to forgo traditional advice and brokerages and go it themselves.

“This new generation has demanded better, faster, more seamless access to all things across many categories,” Leibowitz said. “Investing in shares represents their opportunity to take matters into their own hands and feel savvy and in control of their progression, making decisions themselves without advice from someone in a suit.“

Unsurprisingly, 87% of this generation say they check online before making an investment decision, with almost 70% of under-30s trusting social media to guide them. Undoubtedly, many investors are turning to self-styled financial influencers who continue to occupy a regulatory no man’s land.

Equally, a quarter of men said they’d back the opinion of Elon Musk, Jeff Bezos or Bill Gates. Contrast that with a similar proportion revealing they don’t have faith in their super fund, and there’s an interesting generational divergence on show.

It may have something to do with their risk appetite and long-term investment horizon. Stake found younger investors are fascinated by emerging industries and brands, with eight out of 10 looking to invest in growth sectors. Most see the biggest growth opportunities in the next decade coming from renewables, crypto and property at roughly a third each.

But it’s not all speculation and moonshots. There is also an increasing reliance on exchange-traded funds (ETFs) and non-traditional forms of advice.

Around a quarter of those surveyed were invested in property, despite prices breaking records high, while 43% were holding cryptocurrencies, believing them to be a suitable replacement for the house they can’t afford. On that front, women appear more circumspect on the digital asset front, with around half as many holding cryptocurrencies and coins.

Curiously, young female investors surveyed were actually better off financially than their male counterparts, holding $283,483 in assets on average versus $172,930 inclusive of super.

Three in four don’t want to be financially co-dependent with anyone, but nor do they think money is taboo. The majority of under-30s dismissing the idea of joint bank accounts out of hand.

It would appear the fierce independent streak runs well outside of financial services. 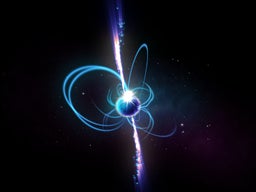