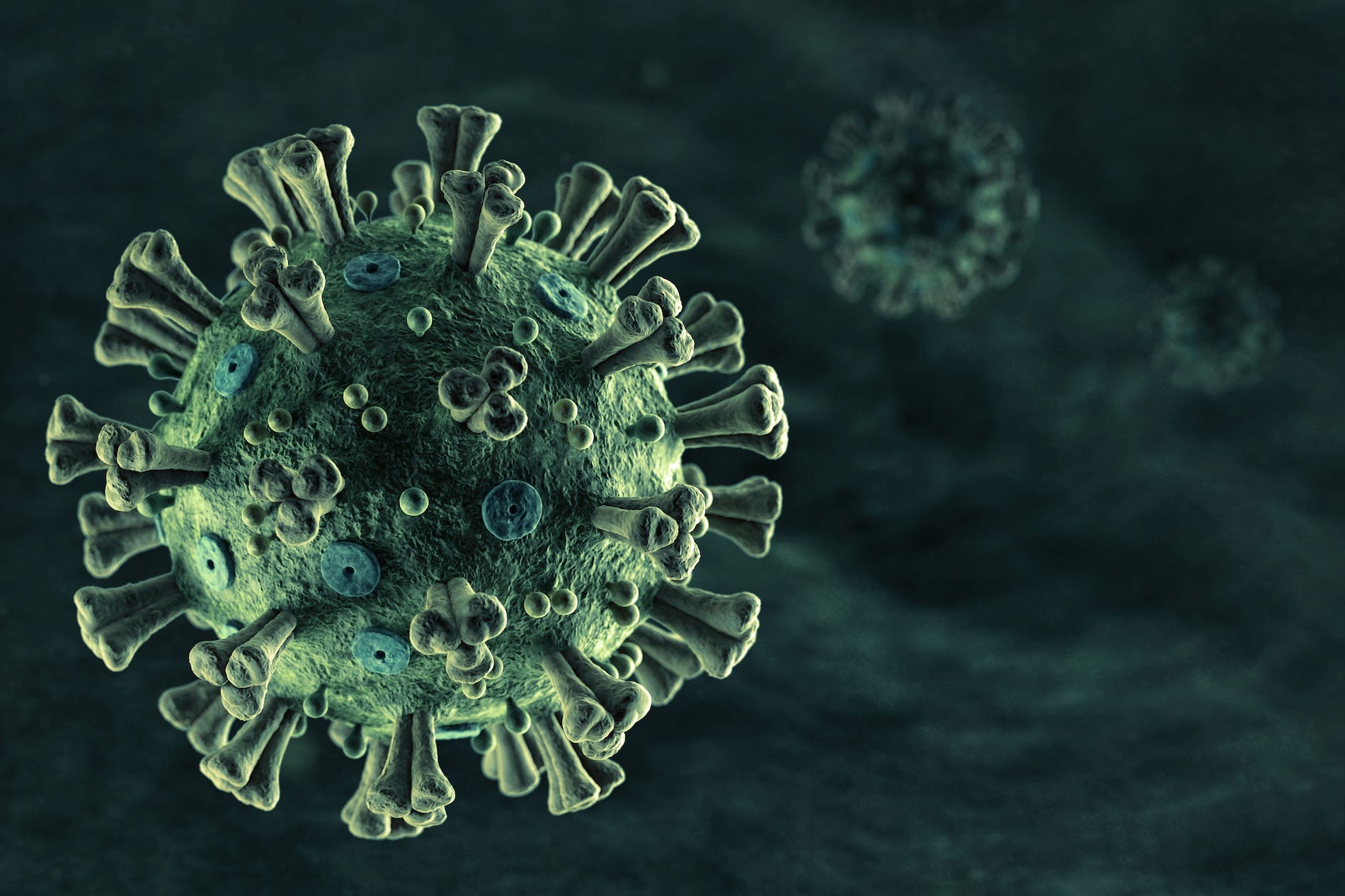 A glimmer of hope on the coronavirus front: Experts who have been tracking the virus’ spread have concluded that it mutates at a slower rate than other respiratory viruses like the flu.

This slow mutation rate has two implications – both positive. It means the virus (whose official name is SARS-CoV-2) is stable in its current form and therefore unlikely to get even more dangerous as it continues to spread. That also means a vaccine could be effective in the long run; it’d act more like a measles or chickenpox vaccine than a seasonal flu shot.

Peter Thielen, a molecular geneticist at Johns Hopkins University, told The Washington Post that an analysis of 1,000 samples of the new coronavirus revealed only four to 10 genetic differences between the strains that had infected people in the US and the original virus that spread in the Chinese city of Wuhan. 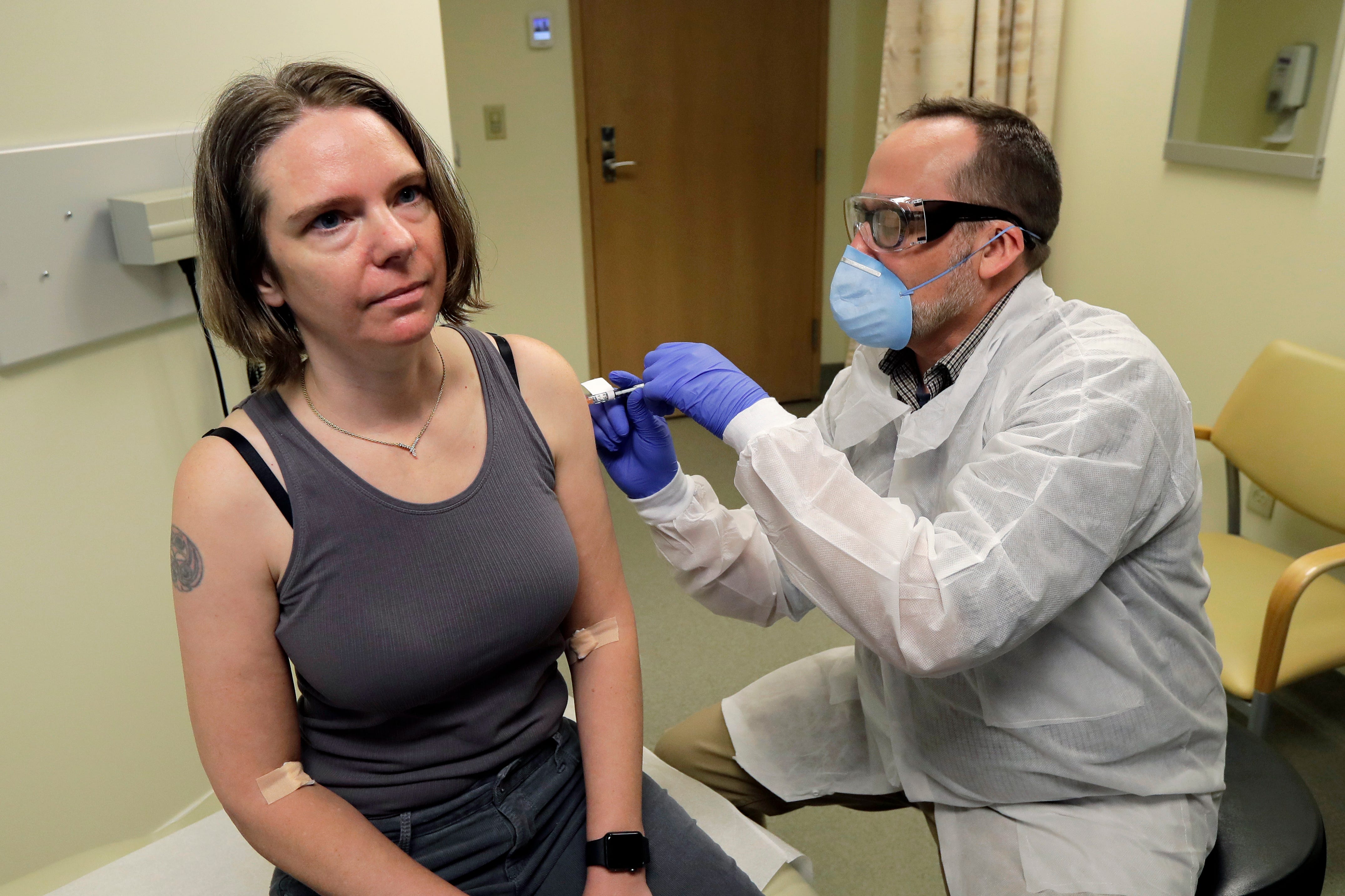 Ted S. Warren/Associated PressA pharmacist giving Jennifer Haller a shot in a clinical trial of a vaccine for COVID-19, the disease caused by the new coronavirus, on March 16 at the Kaiser Permanente Washington Health Research Institute in Seattle.

“At this point, the mutation rate of the virus would suggest that the vaccine developed for SARS-CoV-2 would be a single vaccine, rather than a new vaccine every year like the flu vaccine,” Thielen said.

The coronavirus is more stable than the flu

All viruses mutate over time. As they replicate, minute errors are constantly introduced into the virus’ genetic code, and those then spread through a virus’ population. Such mutations break up a virus into different strains, but tend to not affect how contagious the virus is or how it spreads. The genetic errors do, however, help scientists track how a virus moves through the human population – they’re like genetic breadcrumbs.

SARS-CoV-2 does not seem to mutate much. Subtle changes in its genome have occurred over time, but the virus appears the same everywhere it has popped up. Each strain is nearly identical.

Andrew Rambaut, a molecular evolutionary biologist at the University of Edinburgh, told Science that SARS-CoV-2 accumulated an average of about one to two mutations a month.

“It’s about two to four times slower than the flu,” he said. 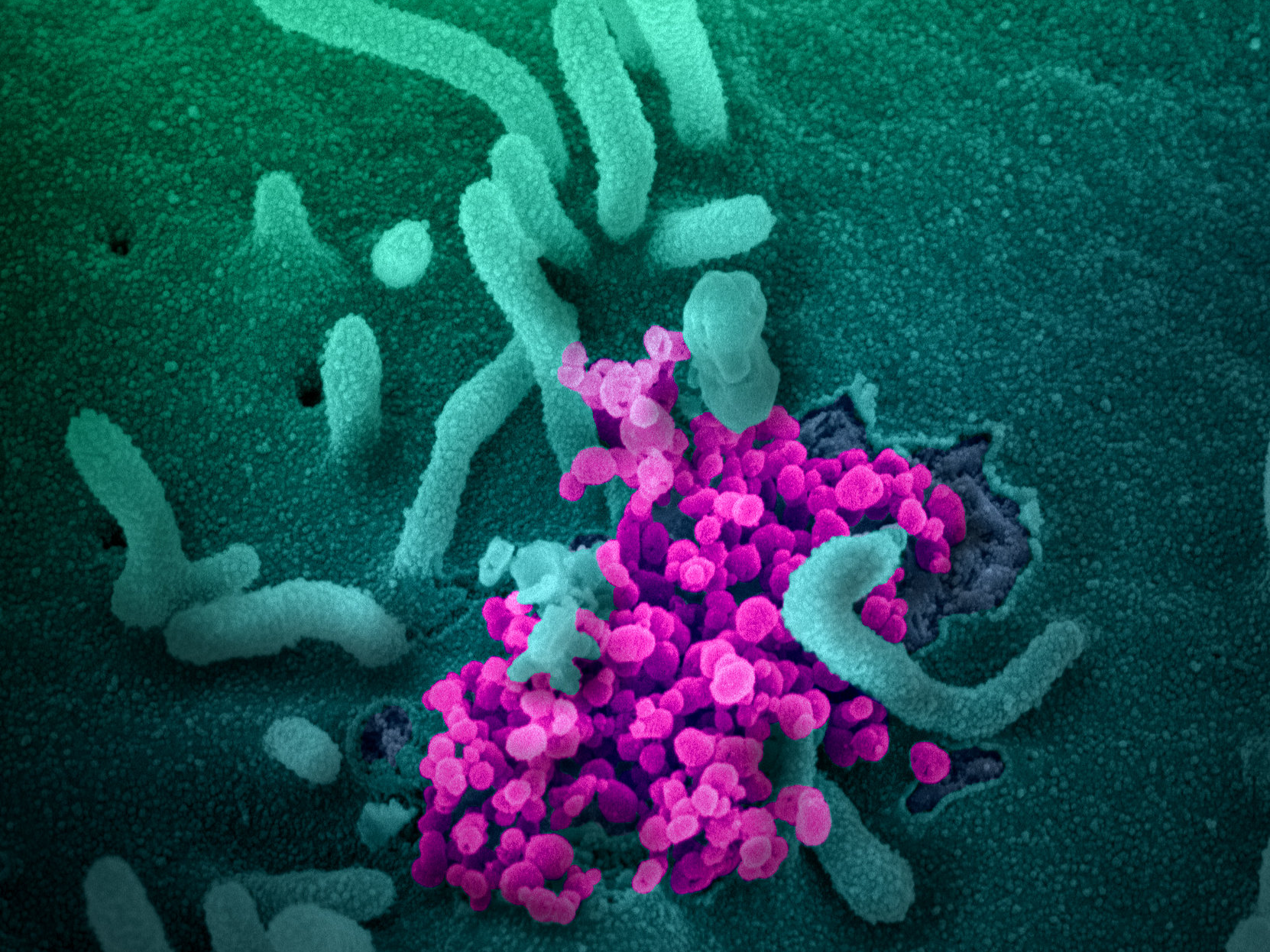 NIAID-RMLA scanning electron microscope image showing SARS-CoV-2 (the round magenta objects) emerging from the surface of cells from a coronavirus patient.

Trevor Bedford, a scientist at Fred Hutchinson Cancer Research Centre, tweeted that the flu virus, by contrast, “mutates about once every 10 days across its genome.”

Most of those mutations are inconsequential, he wrote on Twitter, but occasionally one will appear that undermines people’s immunity to the flu. That’s why we have to get a new flu shot every year, and it’s also why flu vaccines aren’t always 100% effective.

But coronaviruses, on the whole, are “somewhat less prone to mutation than flu,” Stephen Morse, an epidemiologist at Columbia University, previously told Business Insider. The new coronavirus is unlikely to mutate every season, Morse added.

Benjamin Neuman, a virologist at Texas A&M University at Texarkana, told The Post why this was the case.

“Flu does have one trick up its sleeve that coronaviruses do not have – the flu virus genome is broken up into several segments, each of which codes for a gene,” Neuman said. “When two flu viruses are in the same cell, they can swap some segments, potentially creating a new combination instantly – this is how the H1N1 ‘swine’ flu originated.” 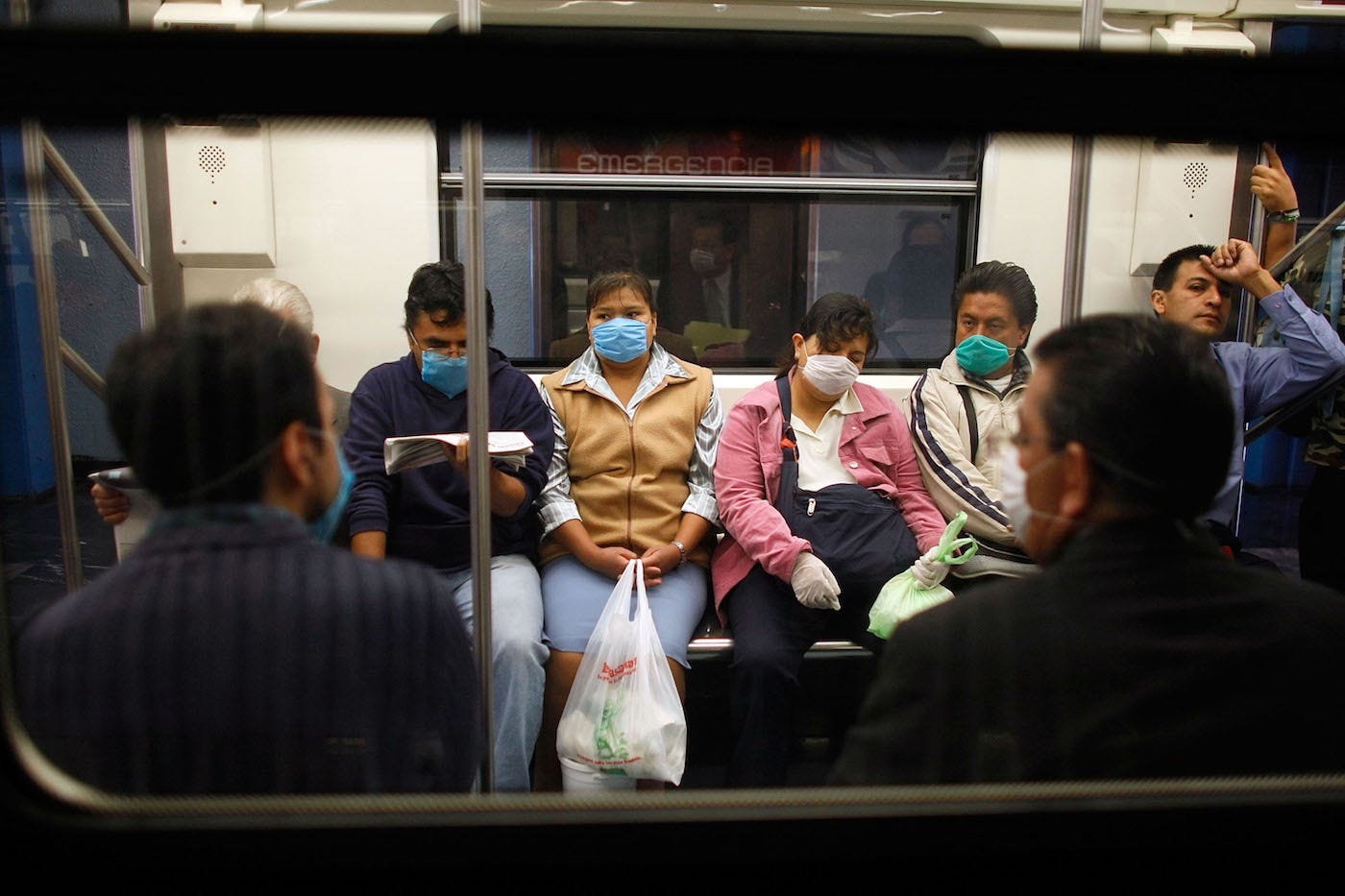 Joe Raedle/Getty ImagesPeople in Mexico City on a public bus in 2009.

The coronavirus’ stability means a vaccine could be long-lasting

Bedford, who is studying the coronavirus in Seattle, tweeted Monday that he predicted “it will take the virus a few years to mutate enough to significantly hinder a vaccine.”

More than 40 coronavirus vaccines are in the works. The biotech company Moderna has begun human trials already, but it’s unlikely any vaccine will hit the mass market before March 2021.

Once a vaccine is created, though, it will most likely be effective in the body for a long time – years, according to Bedford. 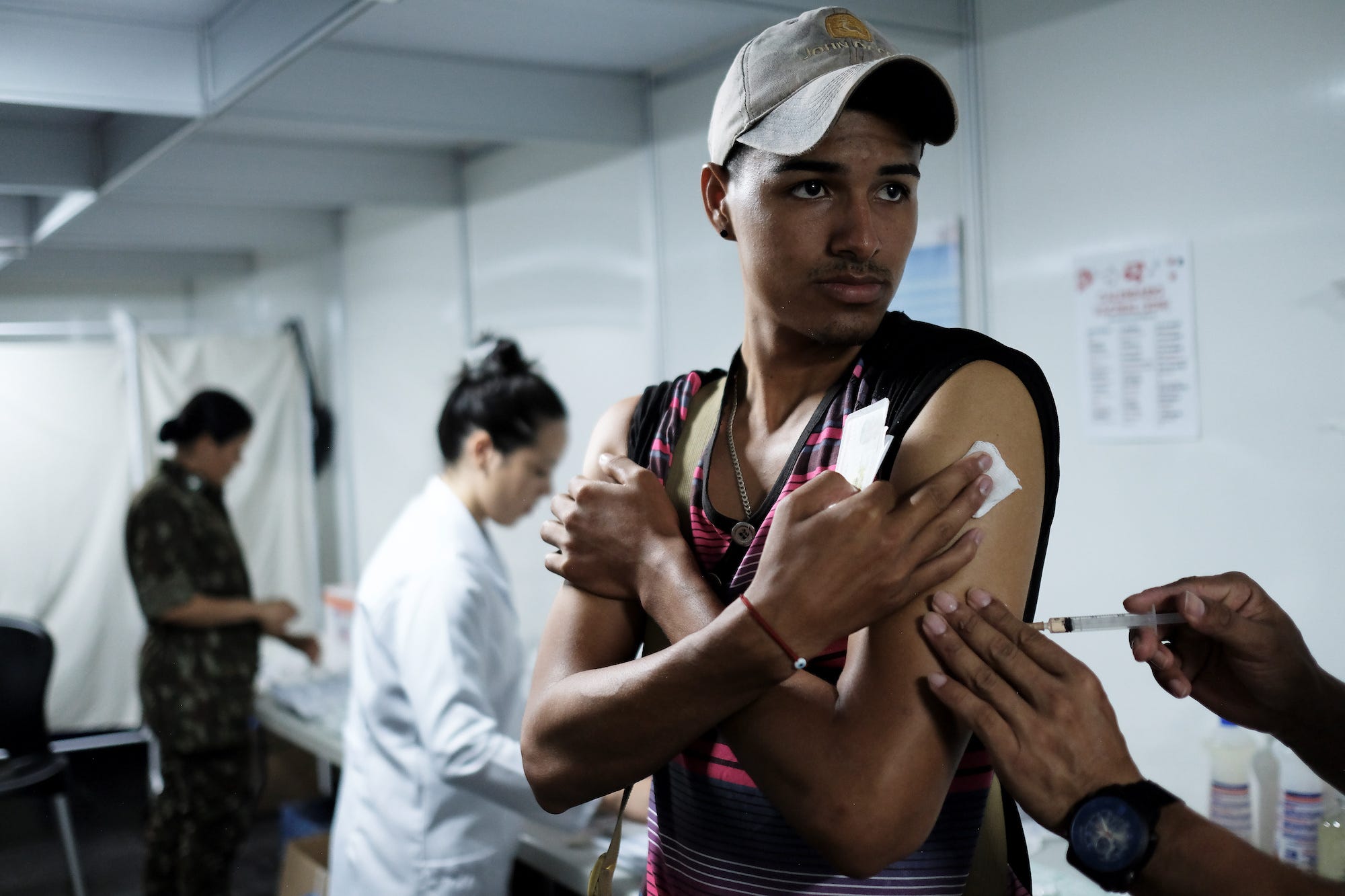 He predicted on Twitter that we would see occasional mutations allowing the coronavirus “to partially escape from vaccines or existing herd immunity, but that this process will most likely take years rather than months.”

That means a coronavirus vaccine would function more like the measles shot, which protects patients for life.

Most viral mutations are innocuous. But some – those that help a virus spread quicker, or infect more people – can affect the severity of an outbreak. A mutation is most likely what enabled this coronavirus to jump from its host species – probably bats – to another animal (perhaps a pig, pangolin, or civet cat) and then to infect people.

To date, SARS-CoV-2 hasn’t mutated in a way that has exacerbated the worldwide outbreak, but that doesn’t mean it can’t happen.

“We have not seen thus far any type of change in the way it’s acting, but we are keeping a very close eye on it because it is conceivable that it could mutate and change some of the ways that it performs,” Anthony Fauci, the director of the National Institute of Allergy and Infectious Diseases, told CBS on Sunday.