Trump retweeted a Nevada doctor's selfie to push the false claim that COVID-19 is a hoax. But the photo actually showed him in a new and still unused hospital-care site. 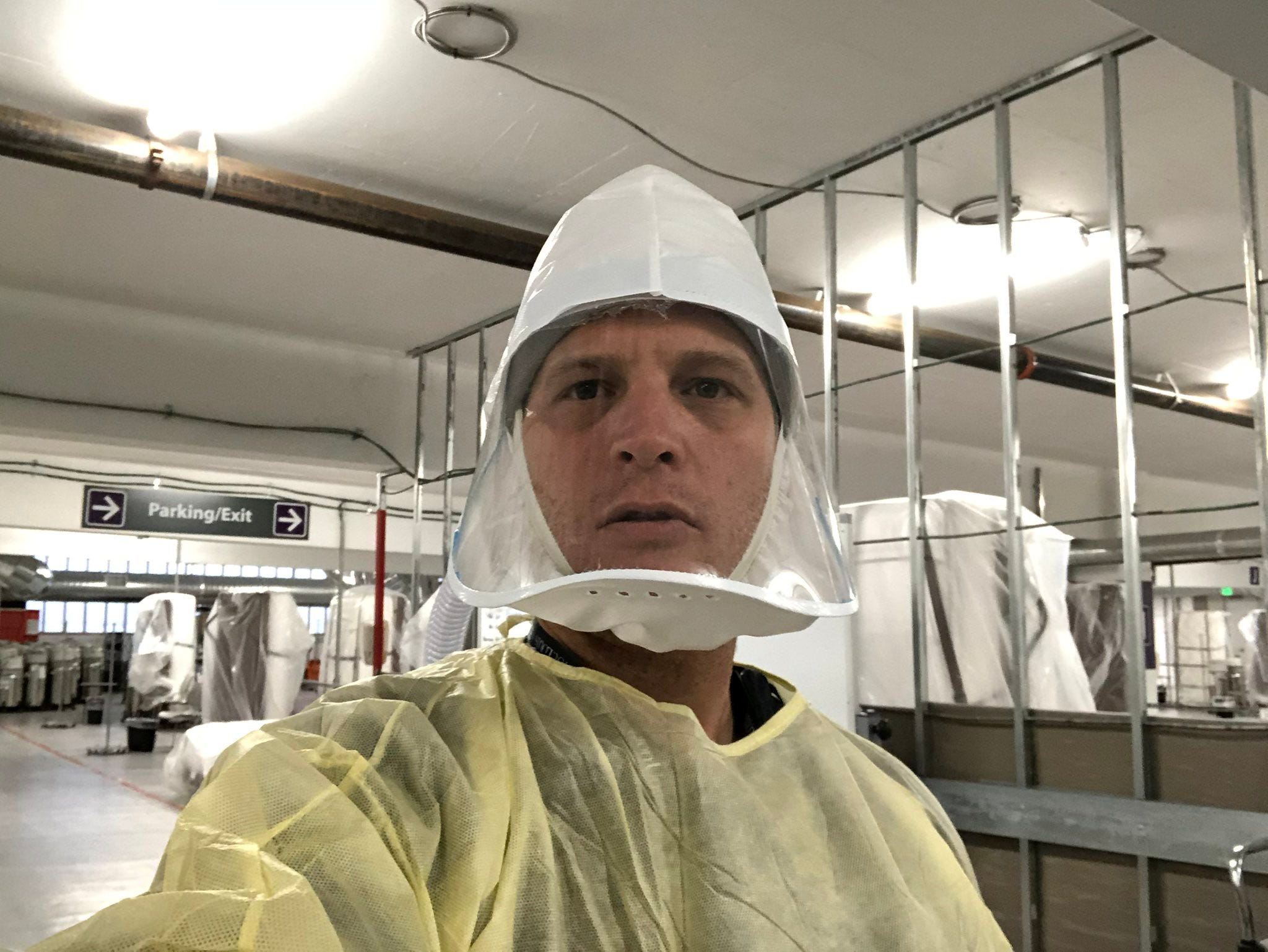 Jacob Keeperman via APDr. Jacob Keeperman, the Renown Transfer and Operations Centre medical director snapped a photo on the opening day the centre’s alternative care site in a parking garage.

After a difficult week treating coronavirus patients at a hospital in Reno, Nevada, a doctor posted a selfie on Twitter to thank his fellow health care workers and lift their spirits.

What Dr. Jacob Keeperman didn’t anticipate, however, was President Donald Trump sharing that photo to push the claim that COVID-19 is a hoax.

“With 5 deaths in the last 32 hours, everyone is struggling to keep their head-up,” Keeperman, of Renown Regional Medical Centre, tweeted on November 29. “Stay strong.”

Donned in personal protective equipment, Keeperman snapped the picture at the centre’s new makeshift care site, which is located in a parking garage. It was taken on the site’s opening day on November 12 before any coronavirus patients arrived, a Renown spokesperson told Insider.

As my 1st clinical week in the COVID ICU at Renown @renownhealth I want to thank all the incredible staff who are Fighting the Good Fight to help all those suffering from COVID-19. With 5 deaths in the last 32 hours, everyone is struggling to keep their head-up. Stay strong. pic.twitter.com/pHLp4PPzA6

The image was later reposted by a Twitter user, Networkinvegas, with numerous false claims, and added to a frenzy of conspiracy theories and denial about COVID-19.

“Here is the fake Nevada parking garage hospital picture that our moron governor tweeted, proving it’s all a scam,” the tweet said. “No patients, folded up beds, wrapped up equipment that’s never been used! They spent millions on this scam and never seen a single patient in this fake hospital!”

Trump retweeted the post on Tuesday, garnering more than 95,000 likes and Keeperman’s criticism.

“It is really demoralising to everybody who is out working so hard to have this politicized and polarised so much,” Keeperman told the Associated Press. “I am holding patients’ hands when they take their very last breath because their loved ones can’t be with them.”

Trump also added a baseless allegation to the tweet, writing, “Fake election results in Nevada, also!” In reality, there is no evidence that supports the president’s claims that widespread voter fraud occurred in the 2020 presidential race. Nevada election officials certified President-elect Joe Biden as the state’s winner on November 24.

Nevada Gov. Steve Sisolak denounced Trump for not only spreading false information but also attempting to “politicize” the virus.

“His consistent misleading rhetoric on COVID-19 is dangerous and reckless,” Sisolak said in a statement on Tuesday, adding that the “implication that Renown’s alternative care site is a ‘fake hospital’ is among the worst examples we’ve seen.”

“It is unconscionable for him to continue to spread lies and sow distrust at a time when all Americans should be united during this historic public health crisis,” Sisolak continued. “Enough is enough.”

The president has routinelydownplayedthe severity of the virus since the start of the pandemic. His administration has flouted public health guidance from experts and scientists â€” about social distancing and mask wearing â€” and has faced backlash for its handling of the pandemic. As of Wednesday, the United States has surpassed 13.7 million infections and 272,000 deaths, based on data compiled by Johns Hopkins University.

Nevada is currently experiencing a surge in cases across several counties, according to The New York Times. The state has seen a 28% uptick in confirmed infections over the past two weeks, with around 155,000 cases and over 2,100 deaths.