People are undergoing 'bee sting therapy' to treat everything from Lyme disease to wrinkles, even though it could be deadly Kerri Ciullo had nothing left to lose.

Diagnosed with Lyme disease long after it had invaded most of her body, she’d tried IV antibiotics (she had a severe reaction), antidepressants (which prevented her from trusting her own emotions), and an exhausting supplement regimen that was both pricey and ineffective.

The 24-year-old artist in New Jersey still lived in pain, with arthritis and neurological complications.

“I’m ready to put my trust in the bees,” she said on episode six of the new Netflix series “(Un)well,” which questions whether the wellness industry is truly improving our collective well-being.

Ciullo is one of several people around the world featured in the episode, which looks into whether bee venom therapy – essentially, being stung by bees – can treat health woes ranging from sagging skin to chronic pain.

The answer, it appears, is that we don’t know. But the practice is expensive, risky, and in some cases, deadly. 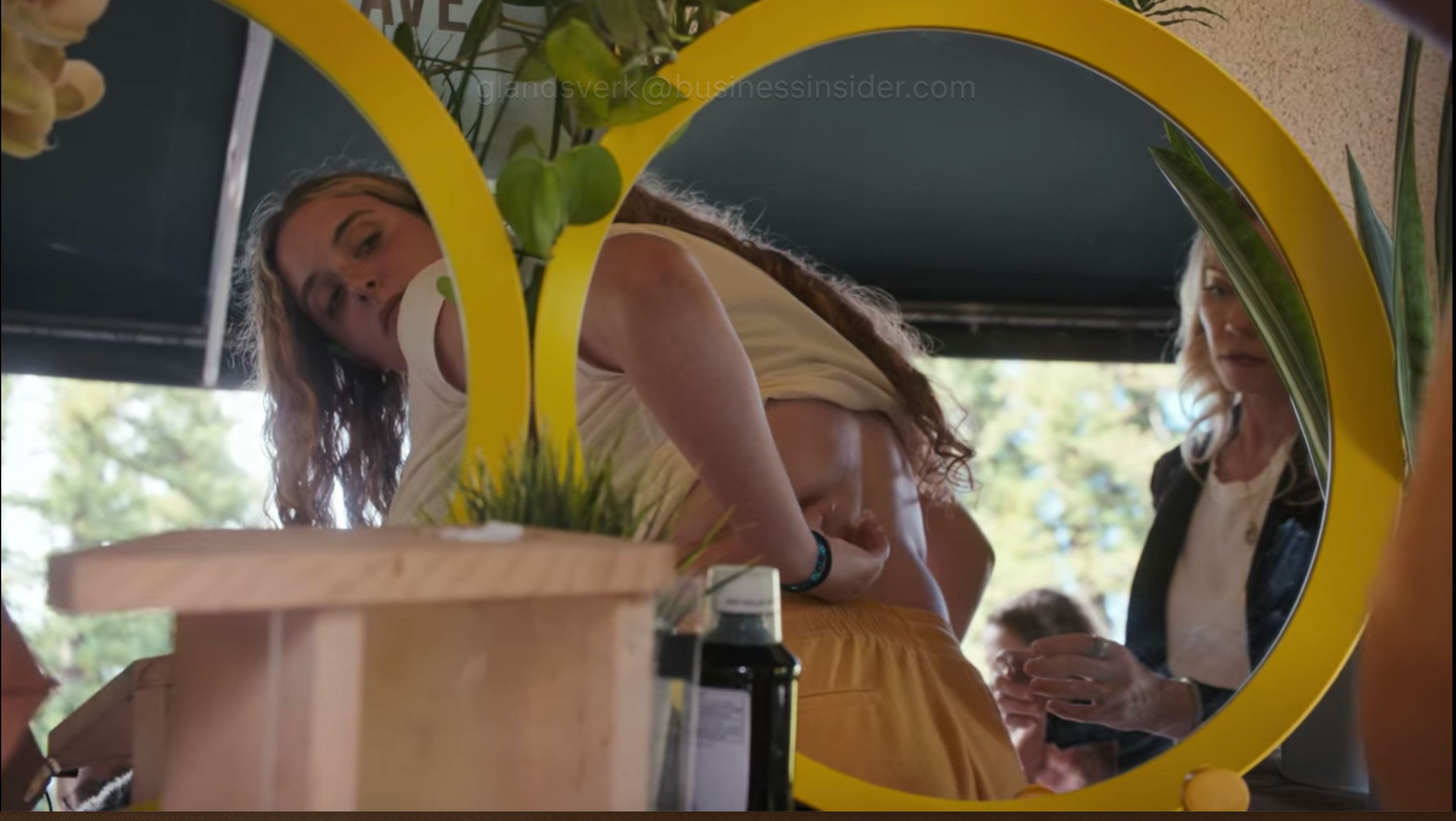 As portrayed on the show, bee sting therapy involves using a tweezer to place a live bee on a particular part of the body. It might go on the knee in an effort to treat osteoarthritis, for example.

The bee then stings the skin and the practitioner (or patient) removes the body but lets the stinger remain for several seconds. People may pursue the treatments several times a week for years.

Brooke Geahan, founder of the Heal Hive, a retreat where people with chronic Lyme disease are introduced to the therapy, said the practice cured her chronic Lyme within three months.

“I went from being in a wheelchair and being unable to remember my own birth date, to literally three months later, dancing on a table at sunset beach.”

Others testified the treatment healed pain from a compressed spine, improved joint mobility, helped their children’s hair grow or hearing improve, eased multiple sclerosis symptoms, and, when used in a cream, made them look 10 years younger.

“It’s like having your picture taken with a soft focus lens,” Deborah Mitchell, founder of Heaven Skincare in the UK, said in the episode. Bee venom is a ‘brew of toxins and chemicals’

The research on bee venom therapy is mixed, with no definitive proof that the treatment works for any condition. But it’s been used in Eastern medicine for thousands of years, and there are several theories behind why some people experience relief.

When the venom is used in a cream as an anti-ageing treatment, it seems to work because the swelling fills in the wrinkles, Shaun Holt, a clinical researcher, said in the episode. It lasts about 12 hours, he said, compared to Botox, which lasts months.

But it’s expensive and there’s often not enough venom in the product to be effective, so people are often wasting their money, he said.

Bee stings also provoke an inflammatory response in the body, releasing a steroid that relieves pain and other symptoms.

But Dr. Steven Novella, a neurologist at Yale, called that a “pretty clumsy way” to evoke an anti-inflammatory reaction, when you could inject a steroid without all the other risky components of the substance.

“Bee venom is kind of a toxic brew of toxins and chemicals,” he said in the episode. “They’re all there to cause you pain and harm.”

The biggest risk of bee venom therapy is death if the body goes into anaphylactic shock, causing your throat to close if you don’t get help soon enough.

It happened to a Spanish woman in 2018, who was already in a coma when she got to the hospital and died weeks later of multiple organ failure.

“It’s a woman who was otherwise healthy who was trying to improve her quality of life,” Dr. Ricardo Madrigal-Burgaleta, an allergist who treated her, said in the episode. “Because of misinformation … she ended up dying.”