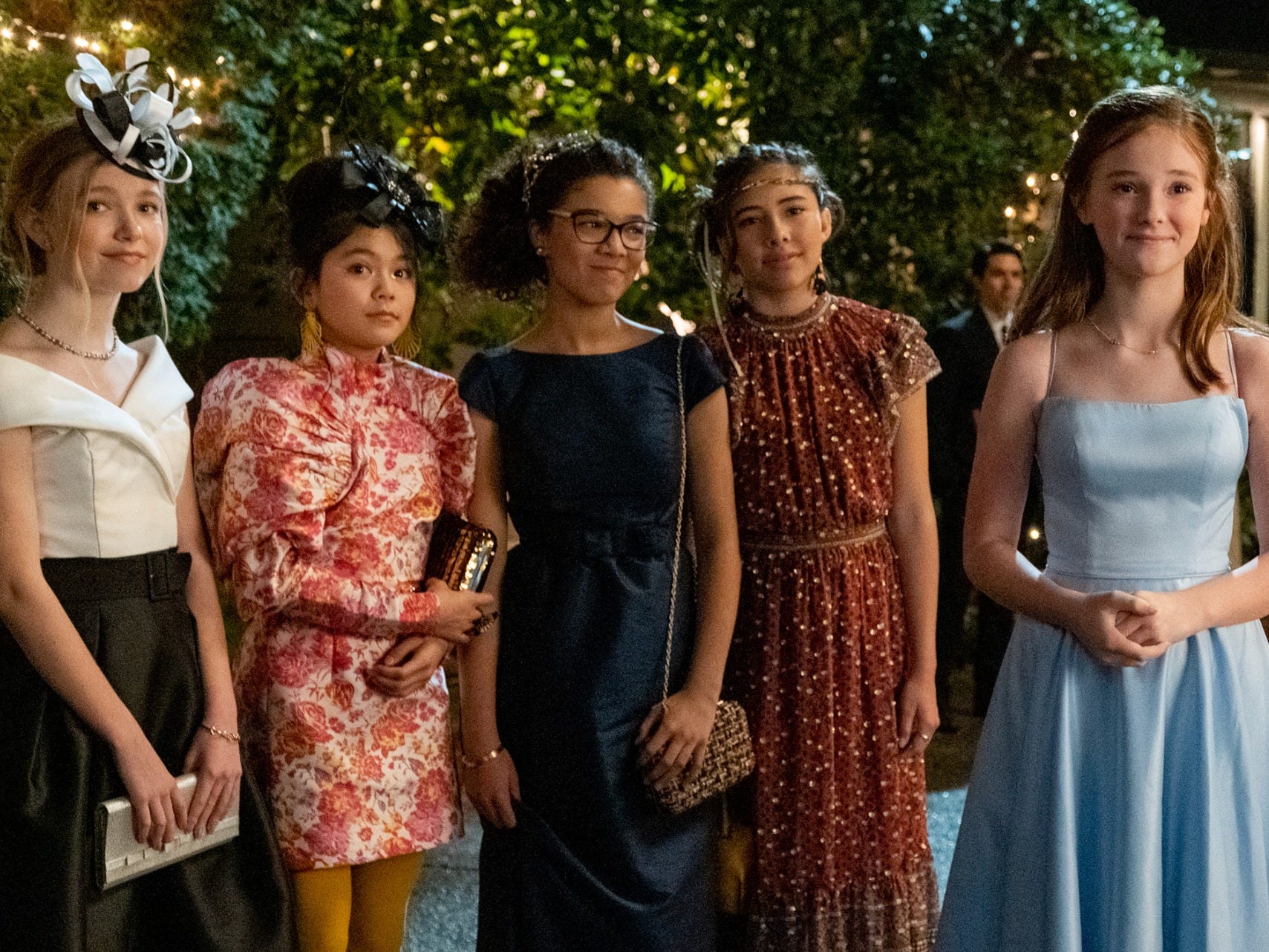 Fourteen-year-old Allie Schnitzer would probably call herself a Claudia – but she has a lot of respect for Mary Anne and Stacey.

“I think Mary Anne’s my favourite, just because she overcame some of her fears,” Schnitzer said. “She’s getting more confidence. And Stacey! Her mum was not very happy about her diabetes, but she told her mum that she didn’t care. That was cool.”

Millennials and Gen Y-ers, in particular, will likely recognise Claudia Kishi, Mary Anne Spier, and Stacey McGill as characters in Ann M. Martin’s beloved book series, “The Baby-Sitters Club.” Along with Kristy Thomas and Dawn Schafer, the three tweens form the core membership of the titular club. Over the course of the series, the sitters come together to build a business that serves dozens of families in their Connecticut community. Coming of age moments abound with childcare as the backdrop.

Martin published the first book in the series in 1986, kicking off a decades-long relationship between the fictional babysitters and the young readers who grew to love and idolize them. The books have sold a collective 180 million copies, inspiring several adaptations along the way. On July 3, the latest on-screen imagining premiered on Netflix in the form of 10 episodes of “The Baby-Sitters Club,” each one clocking in at just under 30 minutes and introducing the modernised crew of sitters to Gen Z-ers like Schnitzer.

“I got really into it really, really fast,” Schnitzer said of the show. “It’s so good.”

In addition to falling squarely within the show’s target age demographic, Schnitzer’s own babysitting experience makes her an ideal viewer. While she’s always been great with kids – Schnitzer’s mum Stacey Gaswirth told Business Insider she’s been called “the baby whisperer” since she was a young child herself – Schnitzer has recently jumped into the babysitting game more aggressively.

Watching Claudia, Dawn, Stacey, Kristy, and Mary Anne flit through their colourful adventures in childcare on Netflix has provided some extra inspiration – but it was the needs of her Dallas community that really gave her the push she needed to start her own babysitting business.

Since the beginning of shelter-in-place orders, Schnitzer and Gaswirth have been taking more walks around the neighbourhood with their dog. On one such walk, they started chatting with a neighbour they’d never spoken to before – a mother of two who was struggling to secure safe, reliable childcare.

Gaswirth suggested Schnitzer for the job. Before long, Schnitzer was babysitting for the family regularly, and Gaswirth had shared her services on the Nextdoor digital neighbourhood hub.

“I definitely don’t have a lot going on right now, so I can accommodate my schedule really quickly if someone needs babysitting,” Schnitzer said. “I’ve always wanted to babysit and it just always felt like I was too young. Now I’m a little more responsible.”

While Schnitzer’s clients haven’t mandated any specific COVID-19 precautions for her, she said she’s doing her best to be careful, frequently washing her hands, sanitizing toys before and after use, and maintaining social distancing practices whenever possible to protect her young charges. She’s been a hit among her three neighbourhood clients – parents and kids alike – and is currently weighing the possibility of adding more families to her rotation.

Other parents, however, are less comfortable with bringing babysitters into their homes mid-pandemic

In spite of daycare closures and the glam portrayal of babysitting on Netflix’s reboot, Emily Bomer isn’t so sure. Bomer, who has a degree in early childhood education and has been teaching in preschool and daycare facilities for years herself, is the mother of a two-year-old son. At this point, her son is attending the preschool she chose for him pre-pandemic in the suburbs of Detroit.

“I am straight-up terrified of this choice, but my only alternative would be to hire a full-time babysitter or nanny, which can be expensive,” Bomer said. “I would also be worried about my family getting the person sick, the sitter’s reliability, and – if it’s a teenager – their own studies being interrupted.”

Although Bomer is “very nostalgic toward the BSC” and “devoured the new series,” she said she would likely only hire a babysitter if her son’s preschool experienced an outbreak and closed or if there was some sort of family emergency requiring her and her husband to be away from home. If COVID-19 numbers go down, it would be even more of a possibility.

“Using a babysitter for [my son’s] care next year is definitely not off the table,” Bomer said. “If we need it, we’ll do it.”

Virtual babysitting opportunities are becoming available for those who fear infection

In an effort to address the unique combination of safety precautions and gaps in childcare caused by the pandemic, the cofounders of the new Kumbaya App, a marketplace for parents to hire teens for jobs such as tutoring, babysitting, and pet care, pivoted their model to allow for virtual babysitting, which may offer more opportunities for teens inspired by “The Baby-Sitters Club.” The app launched in May and has since had 1,600 downloads and 650 paid and completed gigs. Three hundred and fifty teenagers between the ages of 13 and 19 have been registered by their parents so far.

While the app was originally conceived as a sort of teen-centric CareerBuilder that would connect young people to jobs in their communities with the help and blessing of their parents, founders Chen Yahav-Levanon and Adi Zief-Balteriski opted to tap a third party for help in adding a video streaming component to the platform. Now, 93% of the teens using Kumbaya to secure jobs are doing it virtually, the cofounders said. This feature makes it possible for parents who are working from home and don’t have the bandwidth to engage with their children during the day to hire a babysitter who can supervise and entertain the kids from the safe distance offered by a screen.

With the help of the video component, “the teens are being so creative with what they’re offering,” Zief-Balteriski said. Via the app, teen users are leading slime workshops, storytimes, and on-screen drawing lessons.

Teens are eager to enter the workforce, and traditional in-home care will always be a need

Zief-Balteriski, a teen and young adult psychologist who doubles as Kumbaya’s chief behavioural officer, noted that today’s teens are often misunderstood, and that as a group, they’re hungry for opportunities to be valuable to society and save money for themselves. In addition to gig matching services, Kumbaya offers educational resources for users. Aspiring babysitters, for example, can benefit from Zief-Balteriski’s expertise in videos about child development and childcare.

“They really have an opportunity here to develop themselves, and we’re here to educate them and be part of the process,” she said. “It’s no accident that Netflix is doing this show right now. Teens want to work. I think [“The Baby-Sitters Club”] is definitely going to inspire them for action. We’re here for the action phase.” 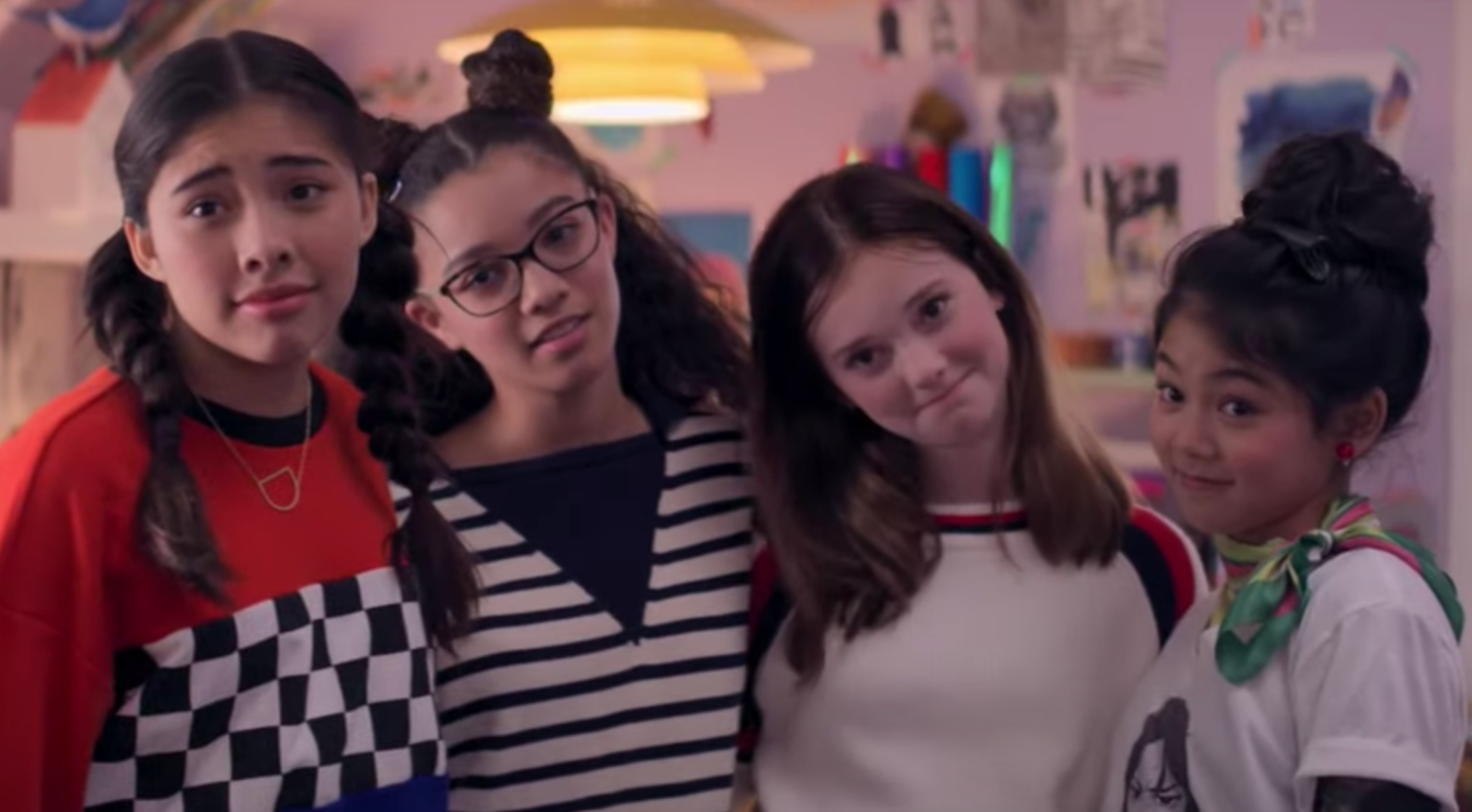 Interest in more traditional in-home childcare – the kind that takes place face to face instead of through a screen – is also up in the midst of COVID-19, according to Kasey Edwards, cofounder and CEO of the Helpr app, which offers vetted, on-demand childcare and seeks to help families refinance their childcare expenses. Helpr has helped tens of thousands of families place and pay for childcare.

“There’s going to be a huge resurgence of caregiving,” Edwards said. “Families who can afford to hire more help will hire more help.”

Edwards shared that the platform has experienced a greater demand for in-home childcare since the beginning of the pandemic, everything from full-time nannies to babysitters who work 15 or fewer hours per week.

To ensure health and safety during the coronavirus, some of the families she’s spoken to have organised official quarantine pods for their childcare, arranging care with one babysitter for a core group of families or neighbours who can then rest assured their sitter is only working in homes that stick to similar quarantine guidelines. Helpr has made that solution more official by organising Care Pods through the platform. They’re also offering a variety of online activities for kids, including jam sessions, yoga, and Disney singalongs.

As restrictions and health practices for COVID-19 shift, eager babysitters like Schnitzer will continue to take inspiration from the entrepreneurial pluck of “The Baby-Sitters Club.”

“The show inspired me to maybe get some of my friends to try babysitting with me,” Schnitzer said. “A lot of my friends don’t babysit yet, but I’m sure if they watch the show, they will probably want to do it.”

Plus, every Claudia needs her Kristy, Mary Anne, Dawn, and Stacey.