Netflix will surge 28% to Street-high price target of $650 on increasing users and prices, Pivotal Research says

Netflix is engaged in a “virtuous cycle” of growing its business and extending its lead against other video streaming services, Pivotal Research Group said in a note on Wednesday.

This cycle is just one reason Pivotal increased its Netflix price target to a Street-high $US650, representing potential upside of 28% from Tuesday’s close.

The “virtuous cycle” consists of Netflix growing its user base, which gives the company more capital it can spend on original content, which increases its potential target market, which enhances its ability to make future price hikes, Pivotal detailed.

The situation helps raise the barriers to entry for other streaming services, and Netflix also benefits from increasing broadband speeds, allowing the company to “piggy back for nearly free” on the substantial investments made by telecom companies, Pivotal said.

On top of that, Netflix is due for a price increase as early as January 2021, Pivotal added. Netflix last increased its prices in April 2019 by $US1 to $US2 for its subscription tiers.

Read more: These 30 global stocks are positioned to stay on top in the 4th quarter as the contrast between a recovering economy and rising COVID cases keeps markets volatile, RBC says

Pivotal said the Disney+ streaming service is complementary to Netflix, given that it’s primarily focused on children under the age of 13. In addition, Disney’s streaming service may exacerbate the trend of consumers swapping their traditional cable box for streaming services, potentially benefiting Netflix.

And as more streaming services come online, few will be able to compete with Netflix. According to Pivotal, “there is a reasonable shot that AT&T management will screw up HBO as a competitor,” and AmazonPrime Video remains on the periphery of the streaming landscape.

“In the end our view is that very few players can (or will) be able to keep up with Netflix content speed levels and that ultimately Netflix will (continue to) be the dominant global SVOD player with Disney+/Hulu a complementary second tier player,” Pivotal concluded.

Shares of Netflix traded up as much as 6% Wednesday. Netflix has gained 65% year-to-date, as the COVID-19 pandemic accelerated the trend of streaming video services. In the first half of 2020, Netflix more than doubled its net subscriber additions year-over-year. 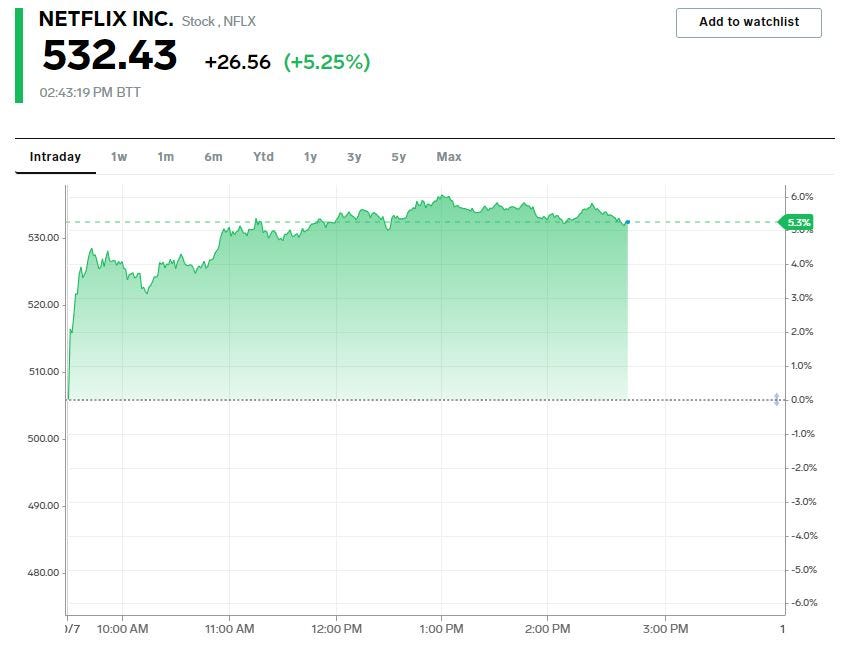