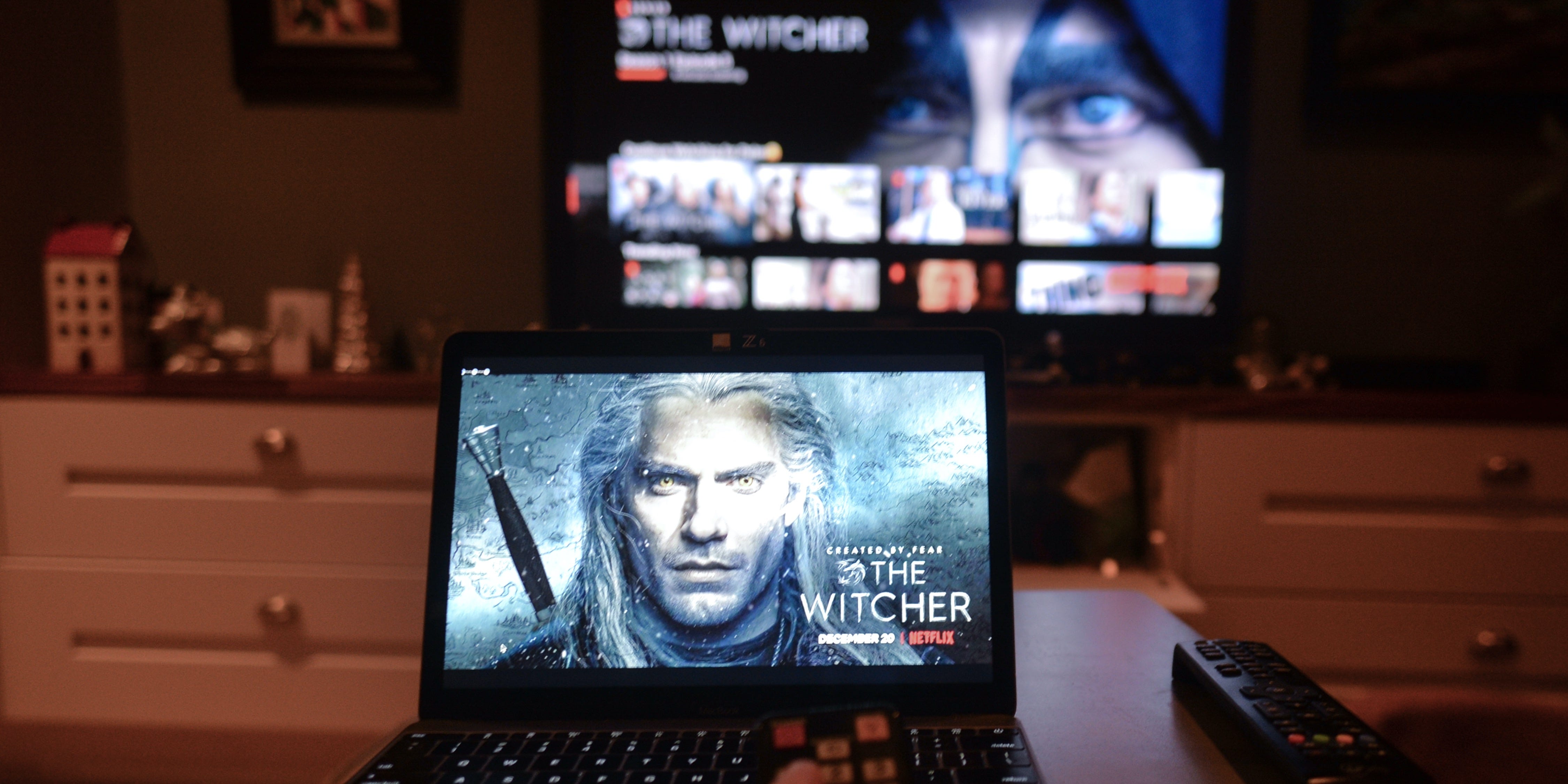 Investors looking to benefit from streaming services’ surging popularity should wait before rushing to Netflix, according to UBS.

The bank downgraded Netflix shares to “neutral” from “buy” on Tuesday while maintaining its $US535 price target. The streaming giant is set to report a “widespread benefit” from virus-prompted lockdowns when it releases earnings data on Thursday.

“In our opinion, NFLX’s long-term narratives remain intact but we would rather be constructive at levels when a mix of potential subscriber volatility, [free cash flow] dynamics, and competition are better reflected in the share price,” the team of analysts led by Eric Sheridan wrote in a note.

Netflix traded as much as 6.6% lower on Tuesday following the downgrade. The slide dragged the Nasdaq composite to underperform other major US indexes.

Shares have already spiked on strong optimism for the company to benefit from stay-at-home activity. Netflix closed Friday up roughly 75% from mid-March lows after rallying in recent months. While the firm remains the leader in streaming, investor debates around new competitors, content costs, and cash flow “have disappeared at current levels,” UBS said.

Other analysts have raised similar concerns. Bank of America lifted its price target for Netflix on Monday to $US625 from $US525, but cited increasing content costs and a sooner-than-expected saturation point as key downside risks. A deep recession could also drive higher subscriber churn, the bank added.


More than 80% of investors fear the market will plummet again before the COVID pandemic ends, UBS says


BANK OF AMERICA: Buy these 7 pharma stocks now as they race to develop COVID-19 treatments and vaccines 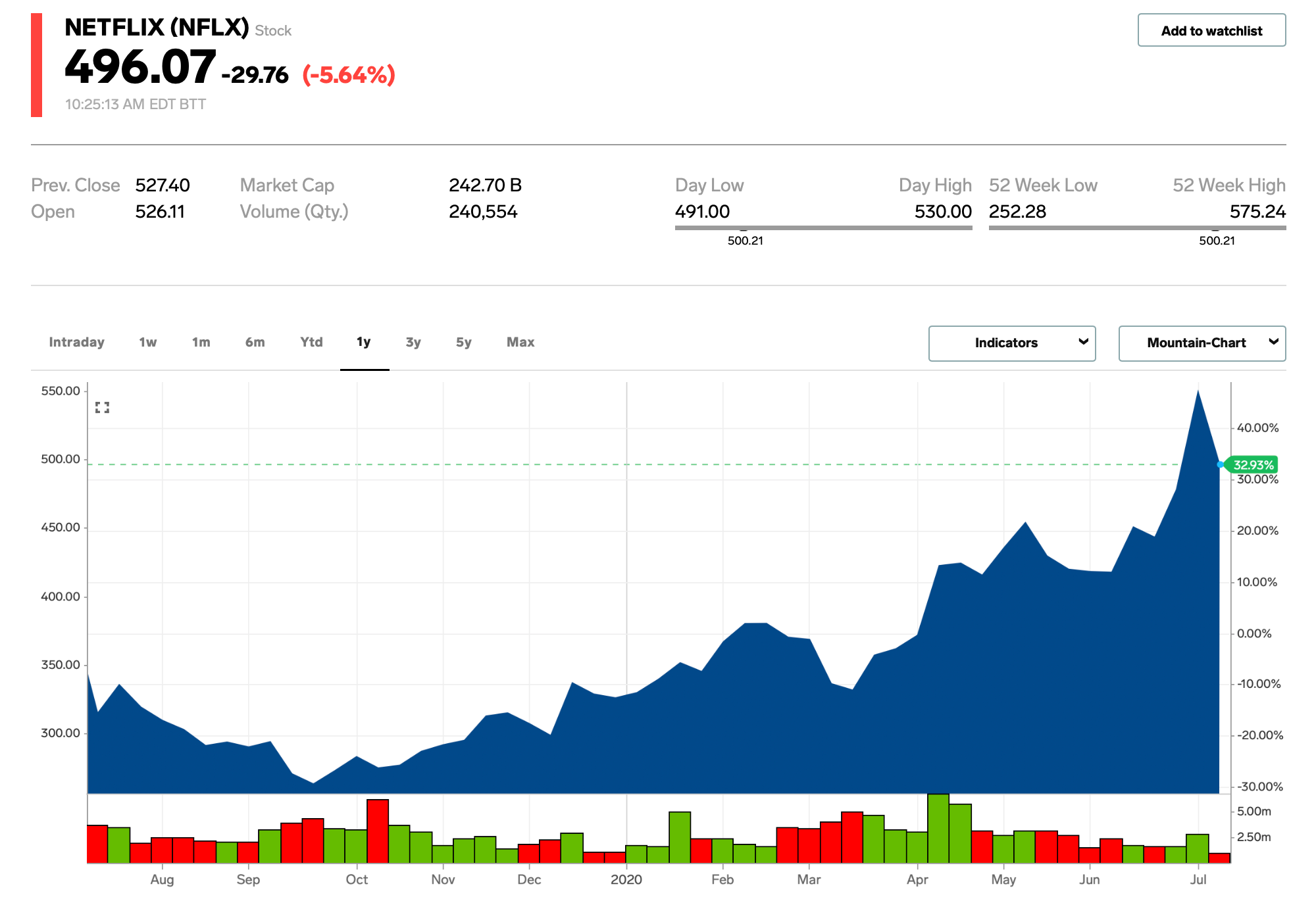