The 15 best sci-fi shows to watch on Netflix 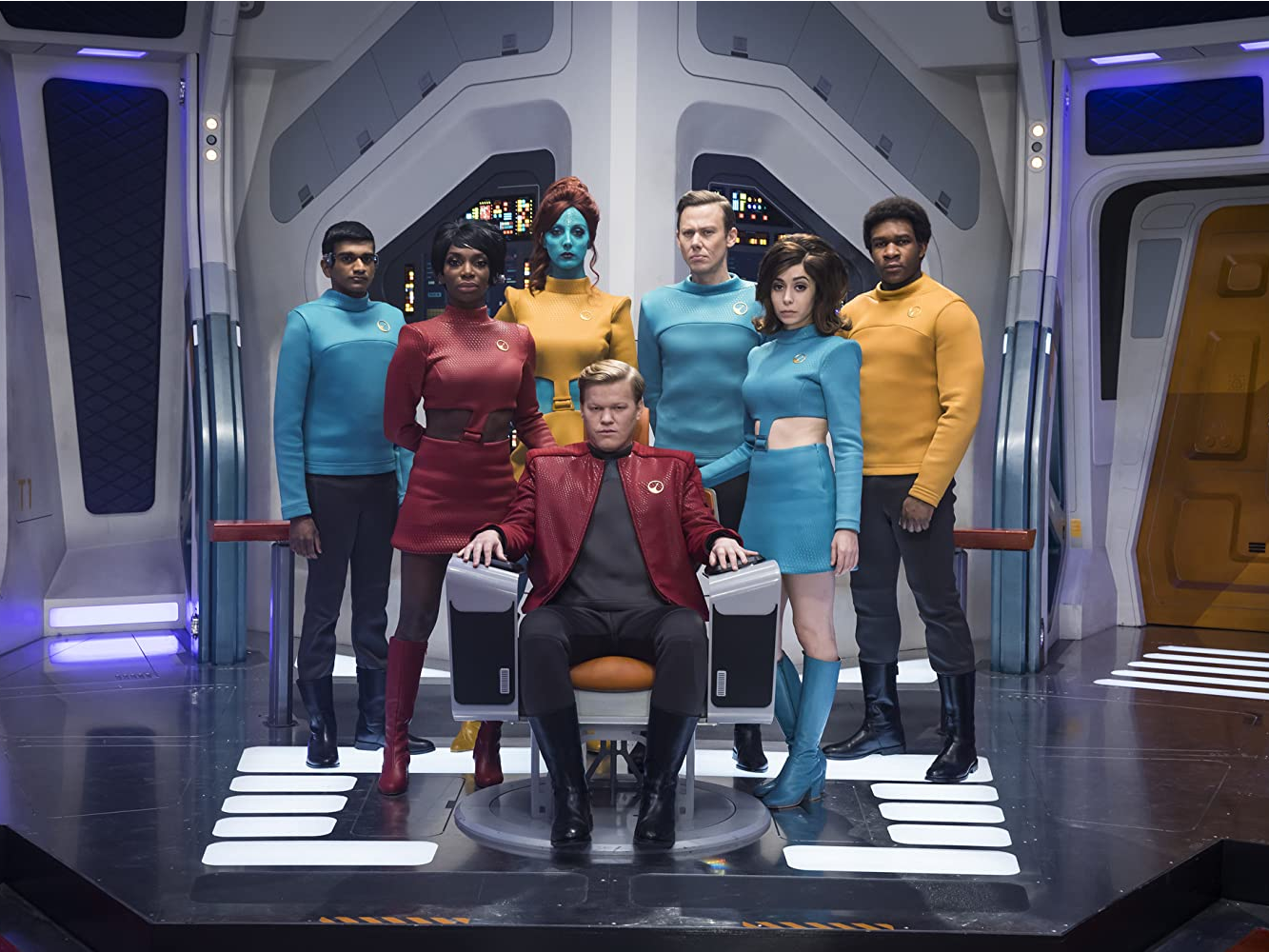 It often feels good to lose yourself in the mind-bending, futuristic worlds of sci-fi, and there’s no shortage of the genre on Netflix.

Whether you decide to watch an anthology series like “Black Mirror,” a nostalgia-inducing hit such as “Stranger Things,” or an underrated gem like “The OA,” there are plenty of titles to choose from on the streaming service.

Keep reading to see the 15 best sci-fi shows you can stream on Netflix right now.

Insider has many movie and TV-show lists to keep you occupied.You can read them all here.

Abby Monteil contributed to an earlier version of this article.

“Stranger Things” takes place in the ’80s and is one of Netflix’s most popular original series. 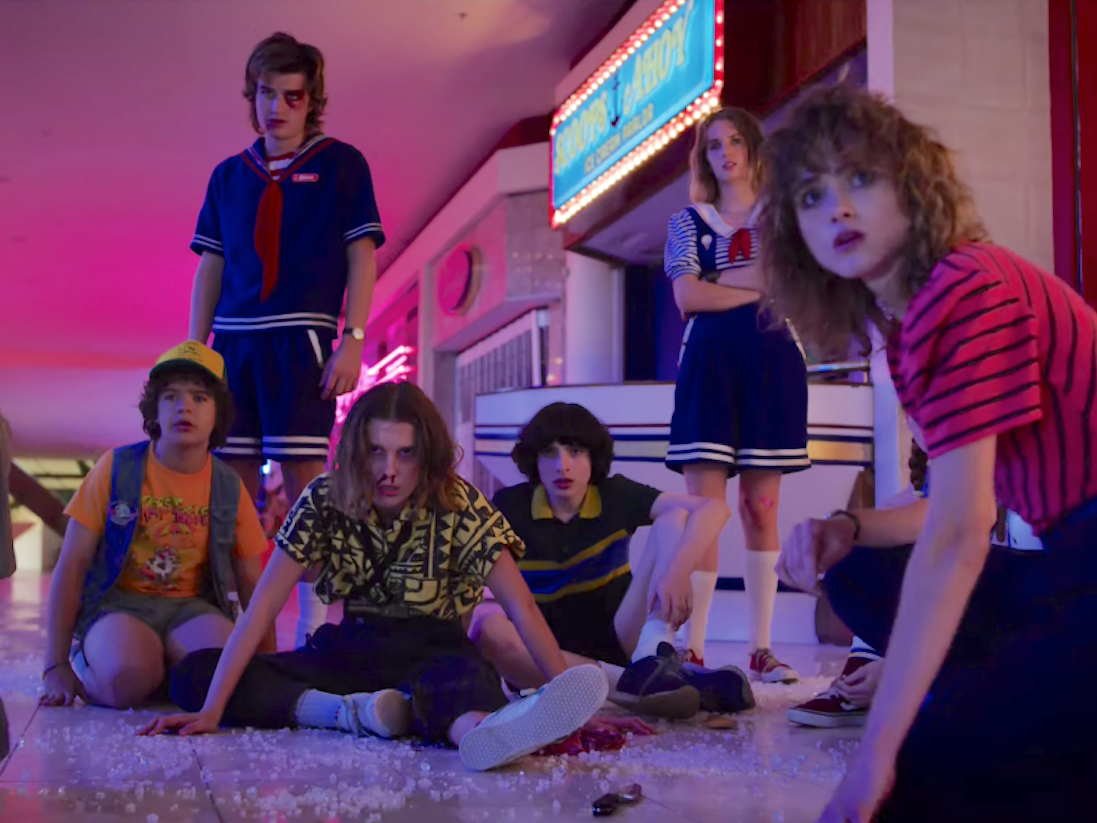 NetflixAll three seasons of ‘Stranger Things’ are available to stream on Netflix.

Why you should watch it: If you haven’t yet immersed yourself in the nostalgically creepy world of “Stranger Things,” what are you waiting for? Apart from being one of Netflix’s most popular originals, the show has all the hallmarks of hit ’80s sci-fi movies: a secretive small town, a ragtag group of outcasts, psychic powers, a government mystery, and an otherworldly monster.

“The Twilight Zone” is a classic sci-fi anthology series. 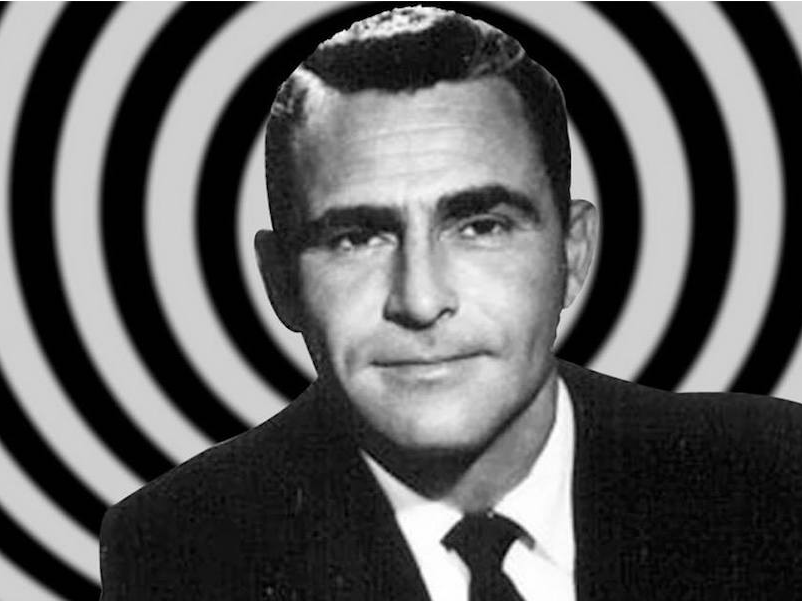 Netflix description: “Hosted by creator Rod Serling, this groundbreaking anthology series presents tales of the supernatural that are often tinged with social commentary.”

Why you should watch it: With over 150 stand-alone episodes to choose from, this classic anthology series is full of enough suspenseful, supernatural tales to satisfy any horror or sci-fi fan. Two episodes from the first season, “And When the Sky Was Opened” and “The Hitch-Hiker,” are often said to be the show’s scariest offerings.

“Star Trek: The Next Generation” introduced a new generation of fans to the “Star Trek” franchise. 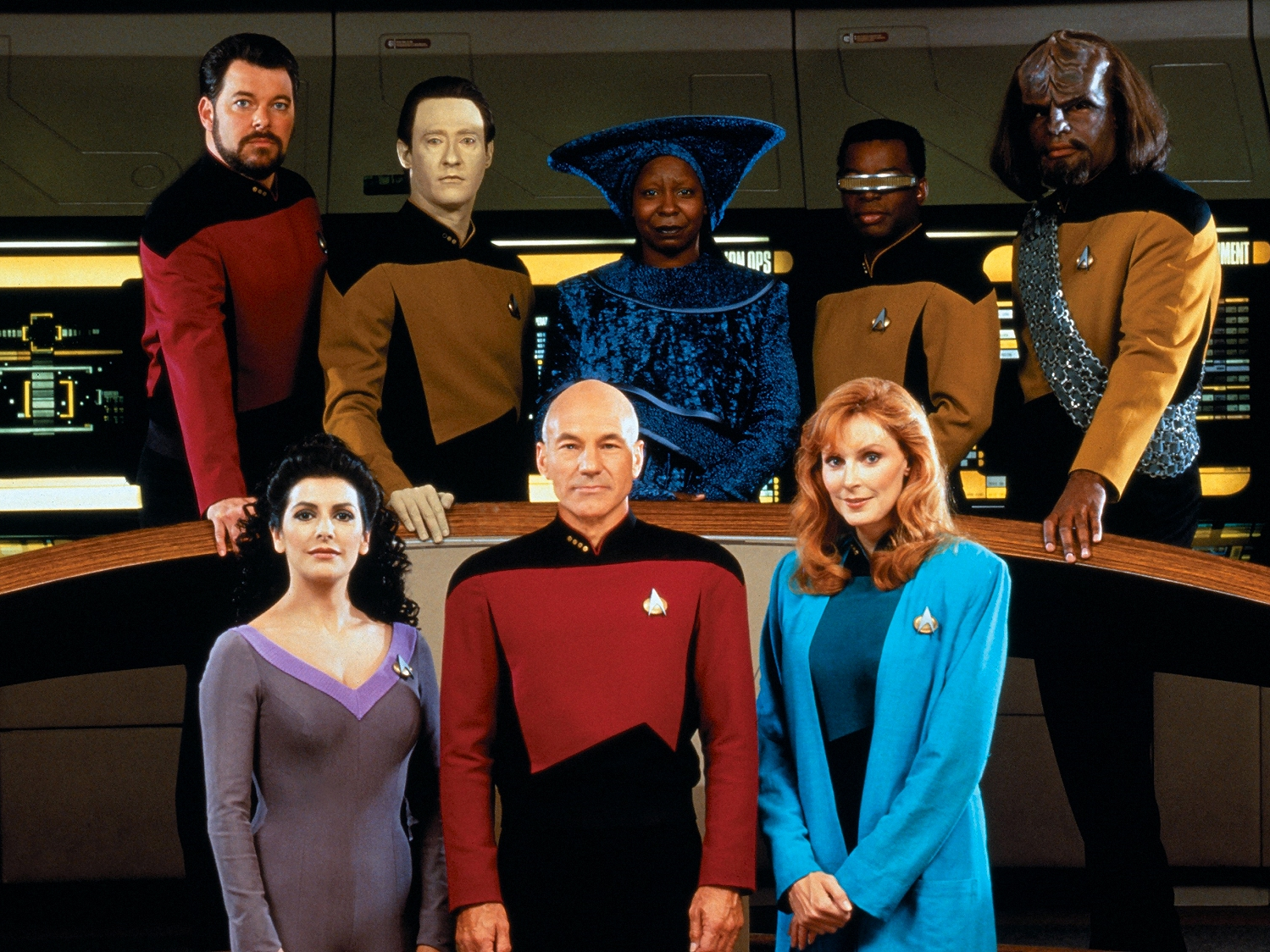 Why you should watch it: There’s never a bad time to watch this enduring sci-fi show, which has enough fun space adventure and action to appeal to audiences of all ages.

While “The Next Generation” is arguably the best-known “Star Trek” show, “Star Trek: The Original Series,” “Star Trek: Voyager,” and “Star Trek: Enterprise” are also available to stream on Netflix in their entirety. 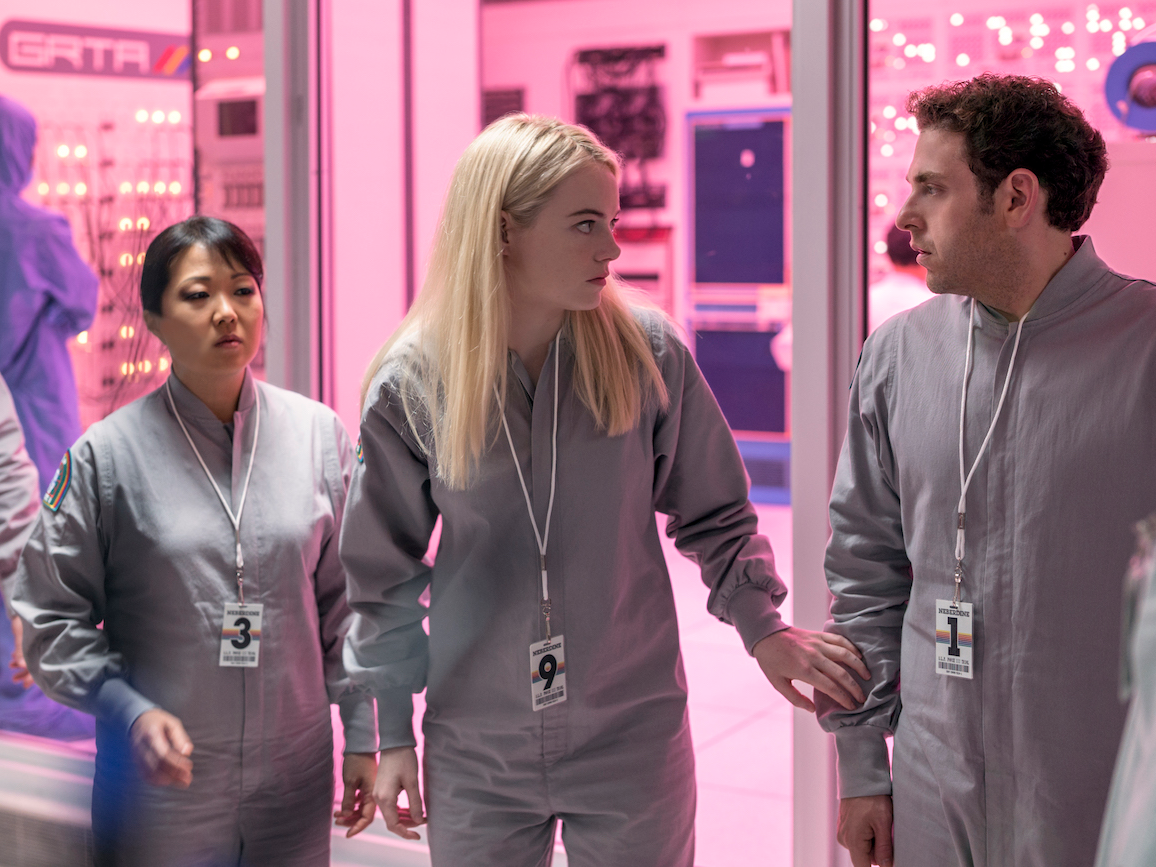 Why you should watch it: Elevated by striking lead performances from Hill and Stone and a visually stunning, delightfully strange rendering of an alternate-universe New York City, “Maniac” is one of Netflix’s most underrated original series.

The sci-fi anthology series “Black Mirror” explores the dark side of our relationships with technology. 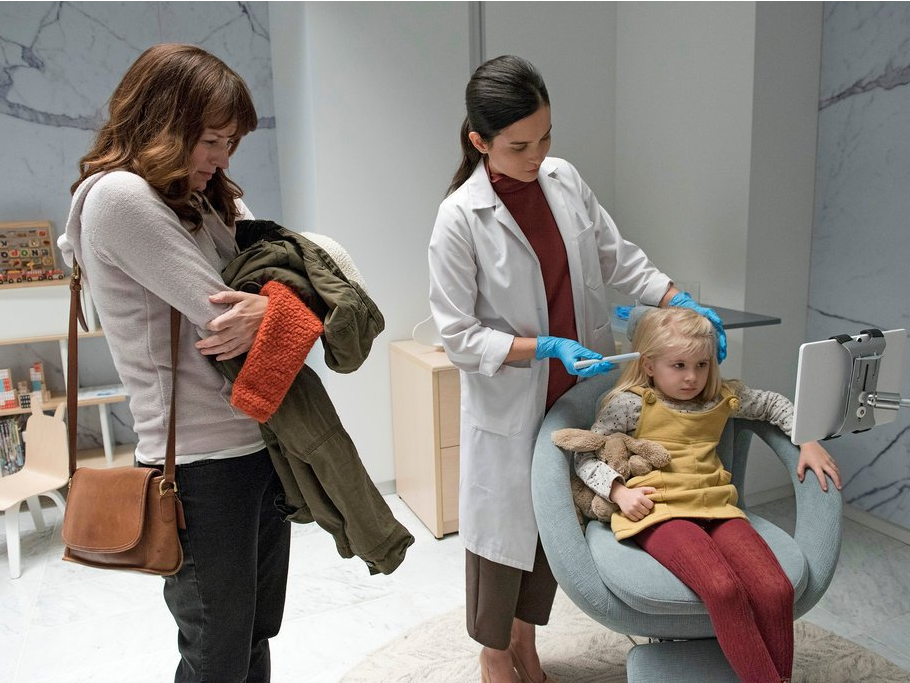 Netflix‘Black Mirror’ tackles how people’s lives are affected by technology.

Why you should watch it: Each episode of “Black Mirror” takes inspiration from a recognisable techno-social phenomenon (such as social-media influencers and virtual reality). In doing so, it tells twisted, absorbing stories about our relationships with technology that are part satire, part cautionary tale.

And since it’s an anthology series, you can watch the episodes that stand out to you in any order, instead of having to binge the entire show chronologically.

Sophia Lillis plays a teenager with superpowers in the ’90s on “I Am Not OK With This.” 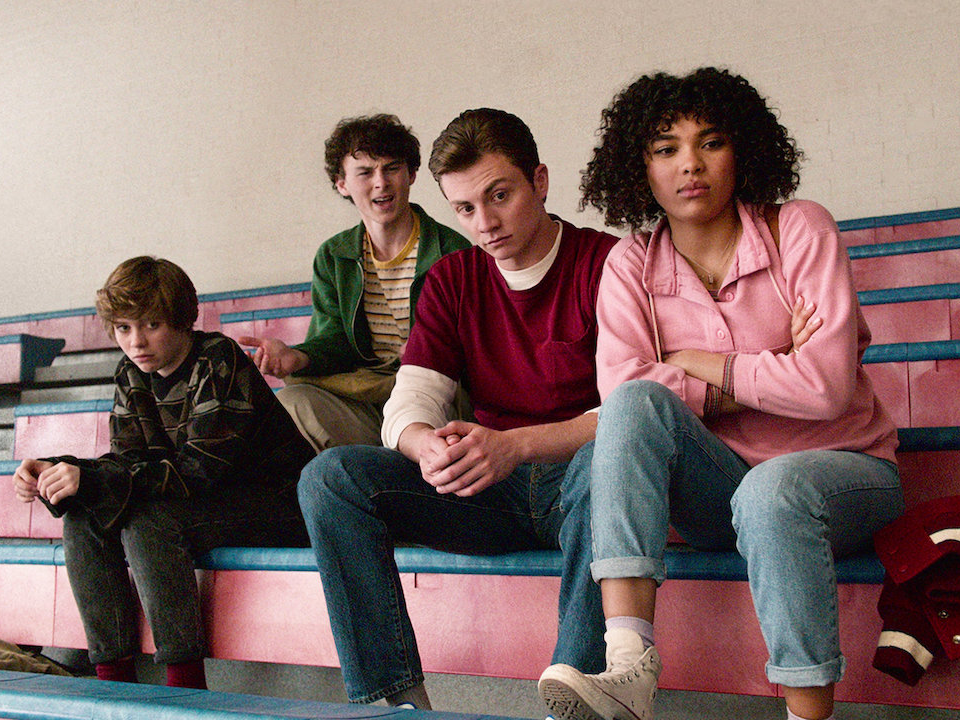 Netflix‘I Am Not OK With This’ is based on a comic book by Charles Forsman.

Netflix description: “Angsty Syd navigates high school awkwardness, family drama and an unrequited crush on her best friend while trying to rein in her budding superpowers.”

Why you should watch it: On its surface, “I Am Not OK With This” may seem like a retread of other nostalgic Netflix originals like “Everything Sucks” and “Stranger Things,” since it takes place in the 20th century and follows a girl (Lillis) with burgeoning supernatural powers.

However, the show more than stands its own thanks to a strong lead performance from Lillis, a quick runtime, and a compassionate view of just how terribly awkward adolescence often is.

On “The OA,” a woman returns to her family seven years after her disappearance and begins to exhibit new abilities. 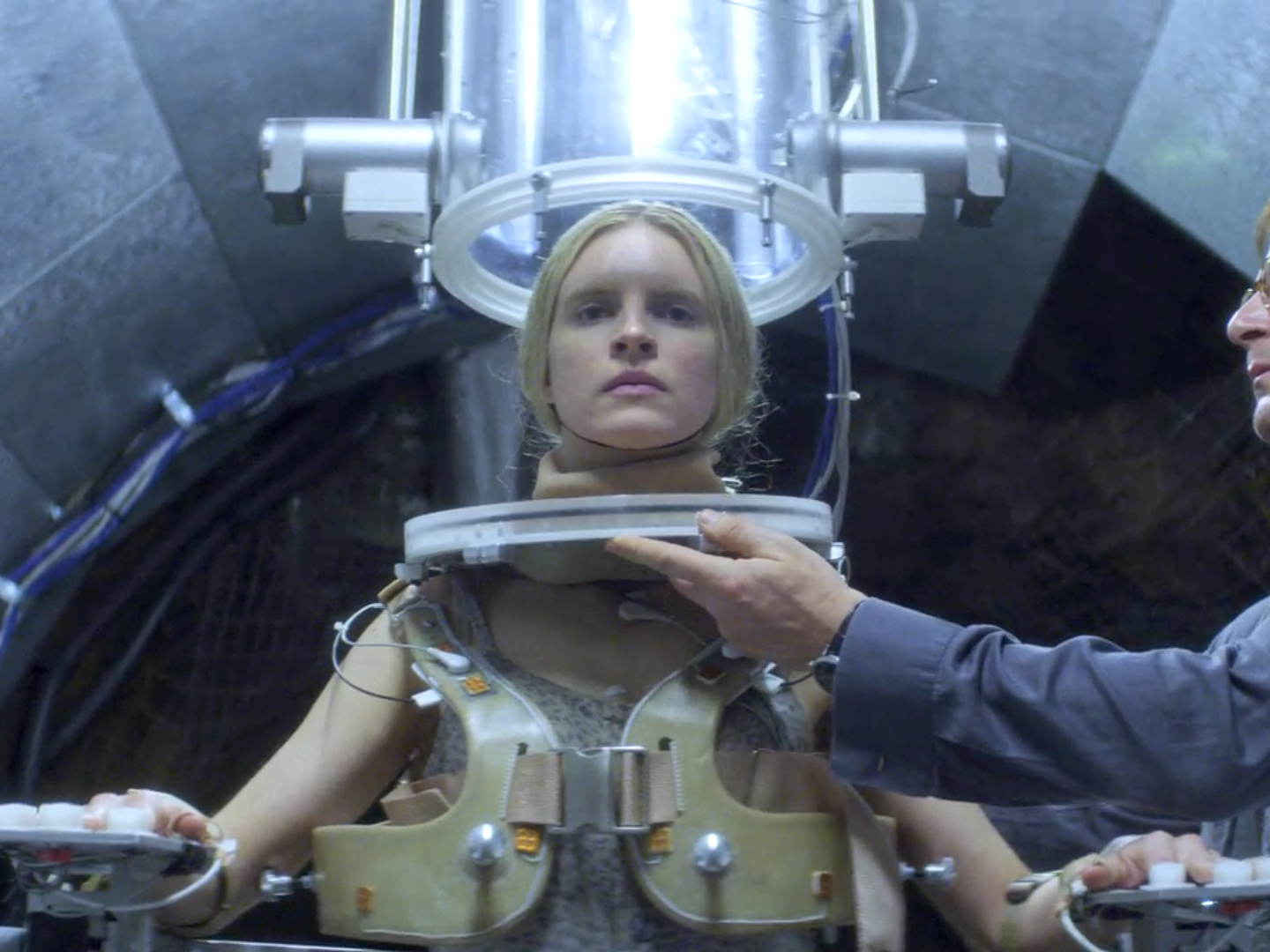 NetflixBrit Marling is the star and cocreator of ‘The OA.’

Netflix description: “Seven years after vanishing from her home, a young woman returns with mysterious new abilities and recruits five strangers for a secret mission.”

Why you should watch it: Though it was unfortunately cancelled after two seasons, this sci-fi mystery remains one of the most riveting and wholly original shows on Netflix.

“The OA” somehow manages to balance more outlandish sequences of interpretive dancing, dimension-hopping, and a psychic octopus with complex themes of telling one’s own story and coping with trauma. No matter what you take from it, the series is worth the ride.

“The 100” is a mix of science fiction and coming-of-age drama. 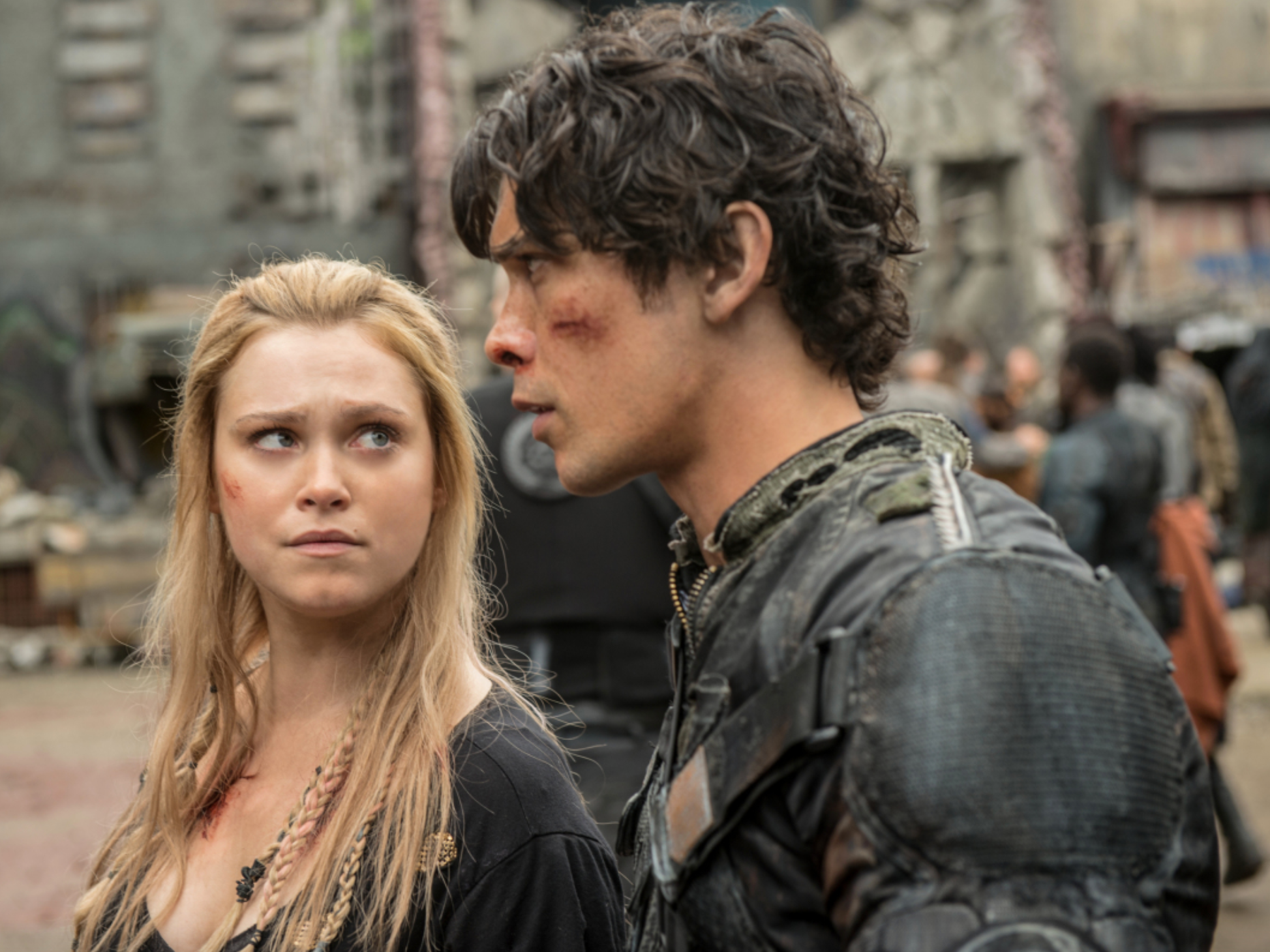 The CWEliza Taylor and Bob Morley star in ‘The 100.’

Netflix description: “A century after Earth was devastated by a nuclear apocalypse, 100 space station residents are sent to the planet to determine whether it’s habitable.”

Why you should watch it: “The 100” manages to combine political intrigue and teen drama within an absorbing futuristic version of Earth that’s full of surprises. While the quality of the later seasons of the show is admittedly debatable, the first two seasons are well worth a watch.

“Sense8” follows eight people from around the world who suddenly become mentally linked. 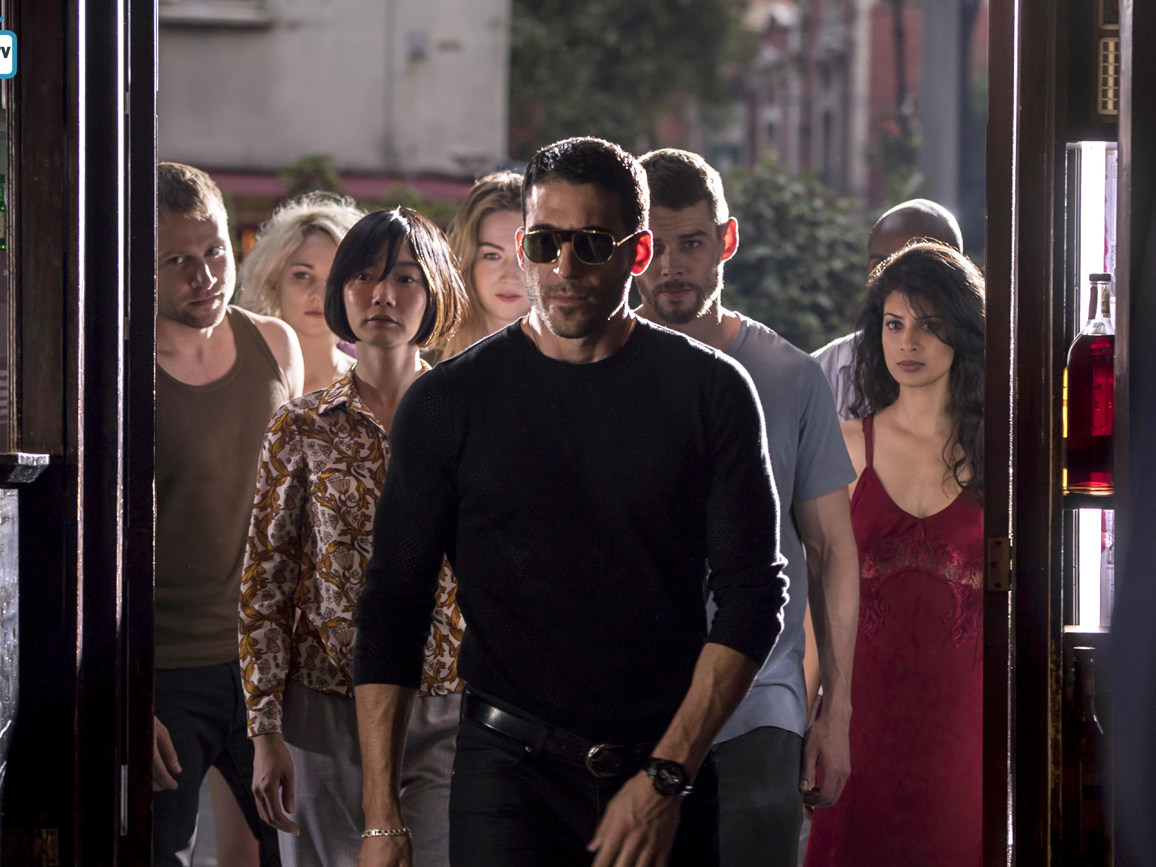 Netflix‘Sense8’ was created by the Wachowskis, who directed ‘The Matrix.’

Why you should watch it: Come for the ambitious, globe-trotting premise, stay for the outstanding ensemble cast and poignant explorations of how people from all walks of life come to be connected.

Featuring on-location scenes in Berlin, Paris, Mexico City, Seoul, Reykjavík, and more, the series also allows viewers to vicariously travel around the world from the comfort of their own homes.

“Dark” takes place in a small German town where the disappearances of children reveal a supernatural secret. 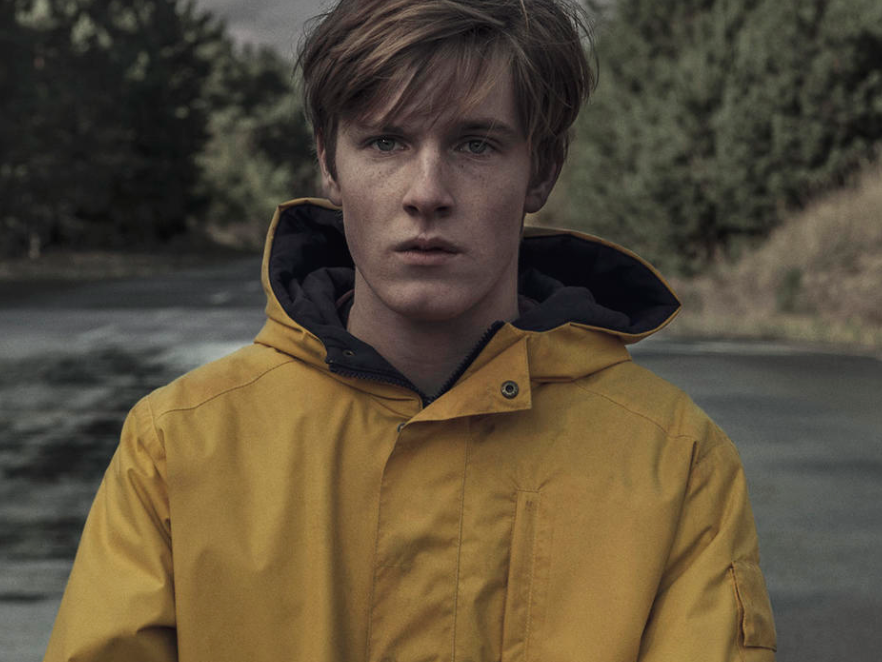 Netflix description: “A missing child sets four families on a frantic hunt for answers as they unearth a mind-bending mystery that spans three generations.”

Why you should watch it: “Dark” meticulously weaves mind-bending mysteries and character-driven melodrama into its sci-fi-noir story, creating a compelling world perfect for fans of “Twin Peaks” and “Stranger Things.”

We strongly recommend you watch it with the original audio and subtitles (not the dubbed version Netflix defaults to).

“3%” takes place in a dystopian future where only 3% of the population escapes poverty. 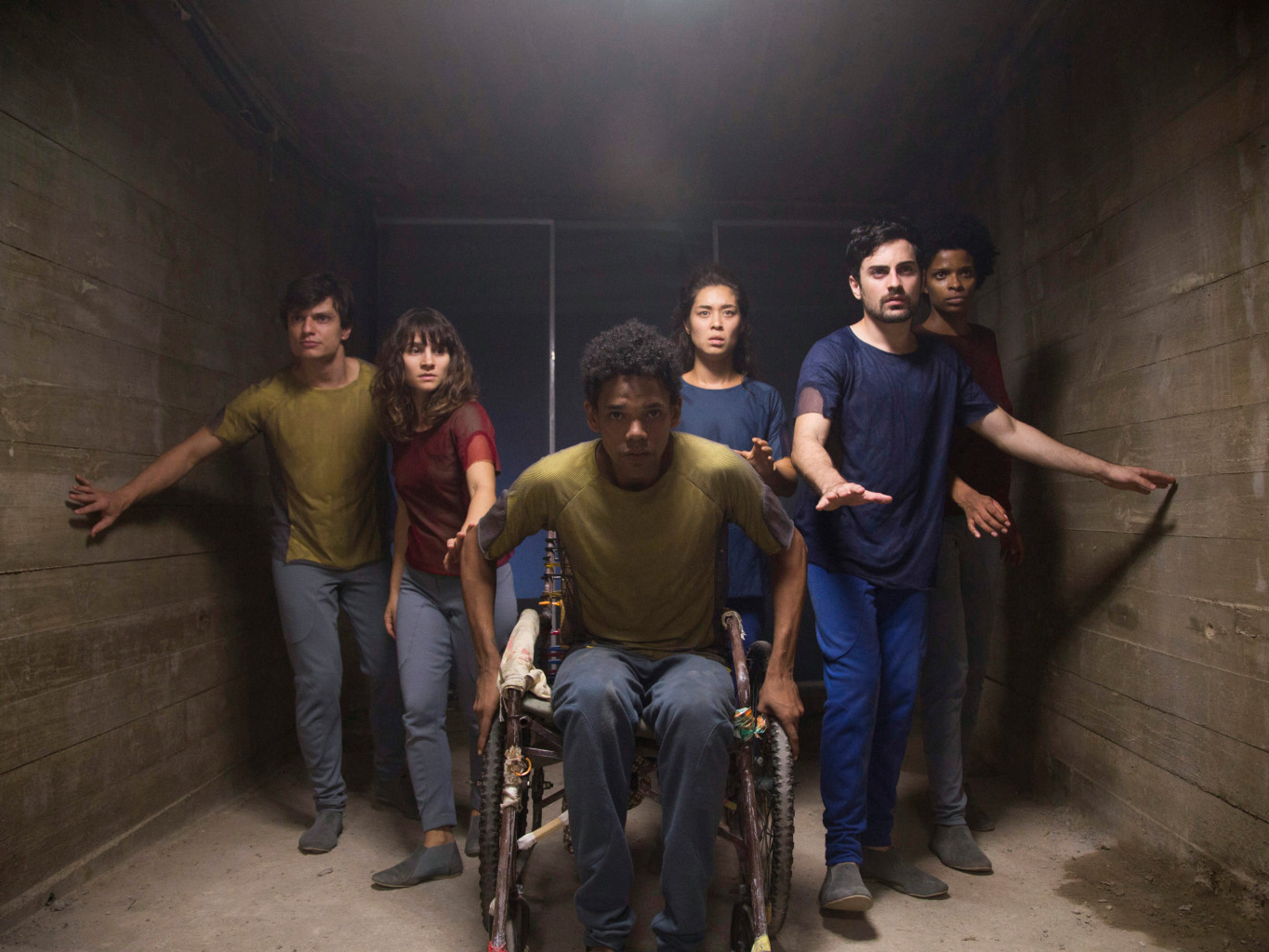 Netflix description: “In a future where the elite inhabit an island paradise far from the crowded slums, you get one chance to join the 3% saved from squalor.”

Why you should watch it: Yes, a dystopian story in which a handful of young people fight one another in hopes of ascending to a rare life of luxury sounds an awful lot like “The Hunger Games” or “The Maze Runner.”

Thankfully, “3%” (Netflix’s first original Brazilian series) is filled with enough compelling character arcs and constantly shifting alliances to confidently stand on its own within the genre.

“Raising Dion” follows a single mum raising her young son, who has superpowers. Netflix description: “A widowed mum sets out to solve the mystery surrounding her young son’s emerging superpowers while keeping his extraordinary gifts under wraps.”

Why you should watch it: “Raising Dion” is one of Netflix’s more family-friendly sci-fi series, as it tells a young boy’s origin story largely through his newly single mother’s eyes.

The show’s fresh, childlike sense of wonder surrounding Dion’s newfound abilities is a welcome change from the ultra-glossy superhero movies we’ve come to know so well, and it keeps its meditations on greed and grief accessible to younger viewers.

In the world of “Osmosis,” people can use technology to identify their soulmates. 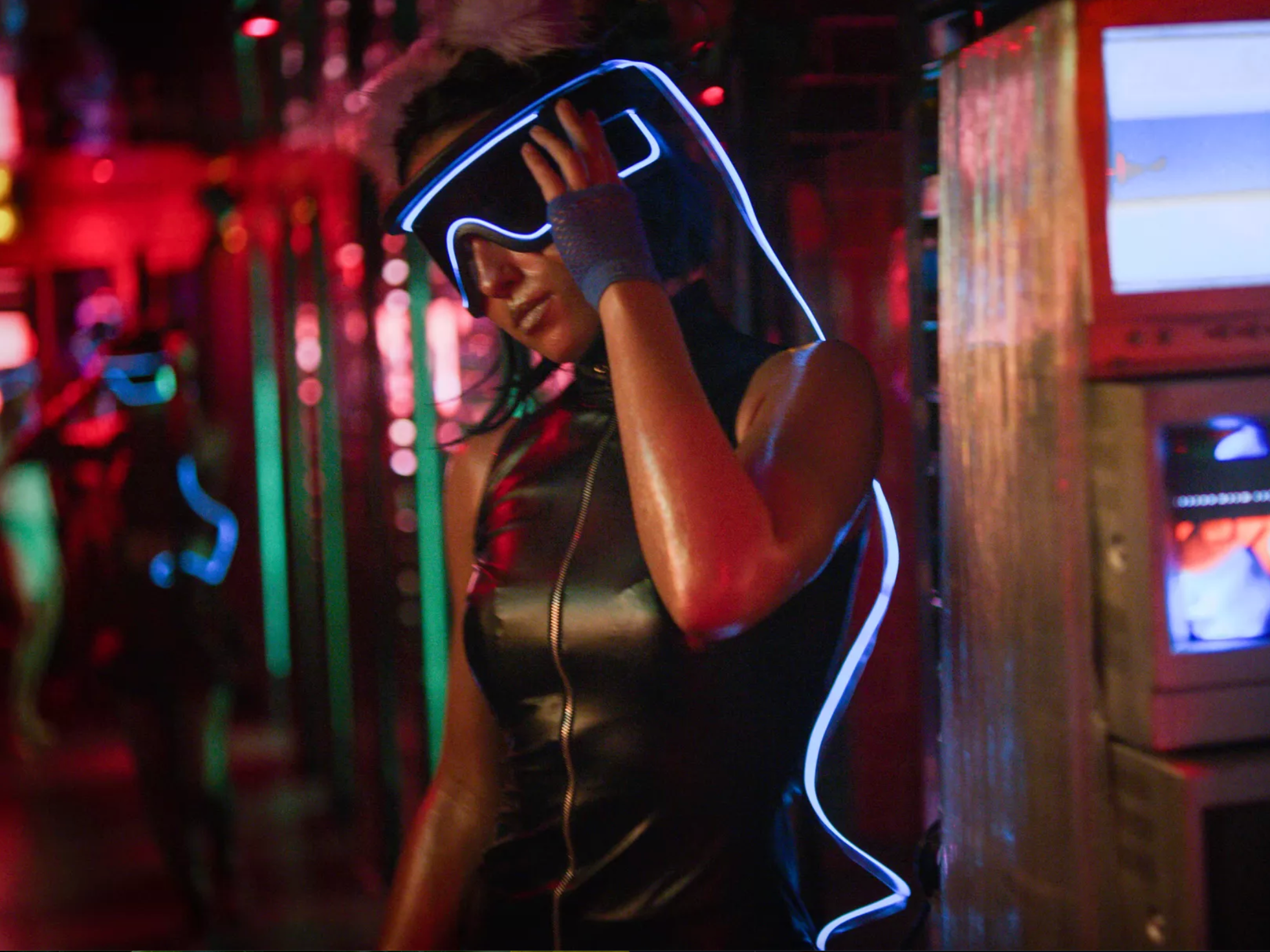 Why you should watch it: If you enjoyed the dating-app-centric “Black Mirror” episode “Hang the DJ,” you’ll likely enjoy this high-concept drama’s similar explorations of how algorithms can affect our search for romantic partners.

“Osmosis,” while filled with twists and turns involving a scheming brother and an eerily sentient AI, ultimately emerges with a refreshingly optimistic take on love in the era of Tinder.

“Lost in Space” takes place on a distant and dangerous planet. 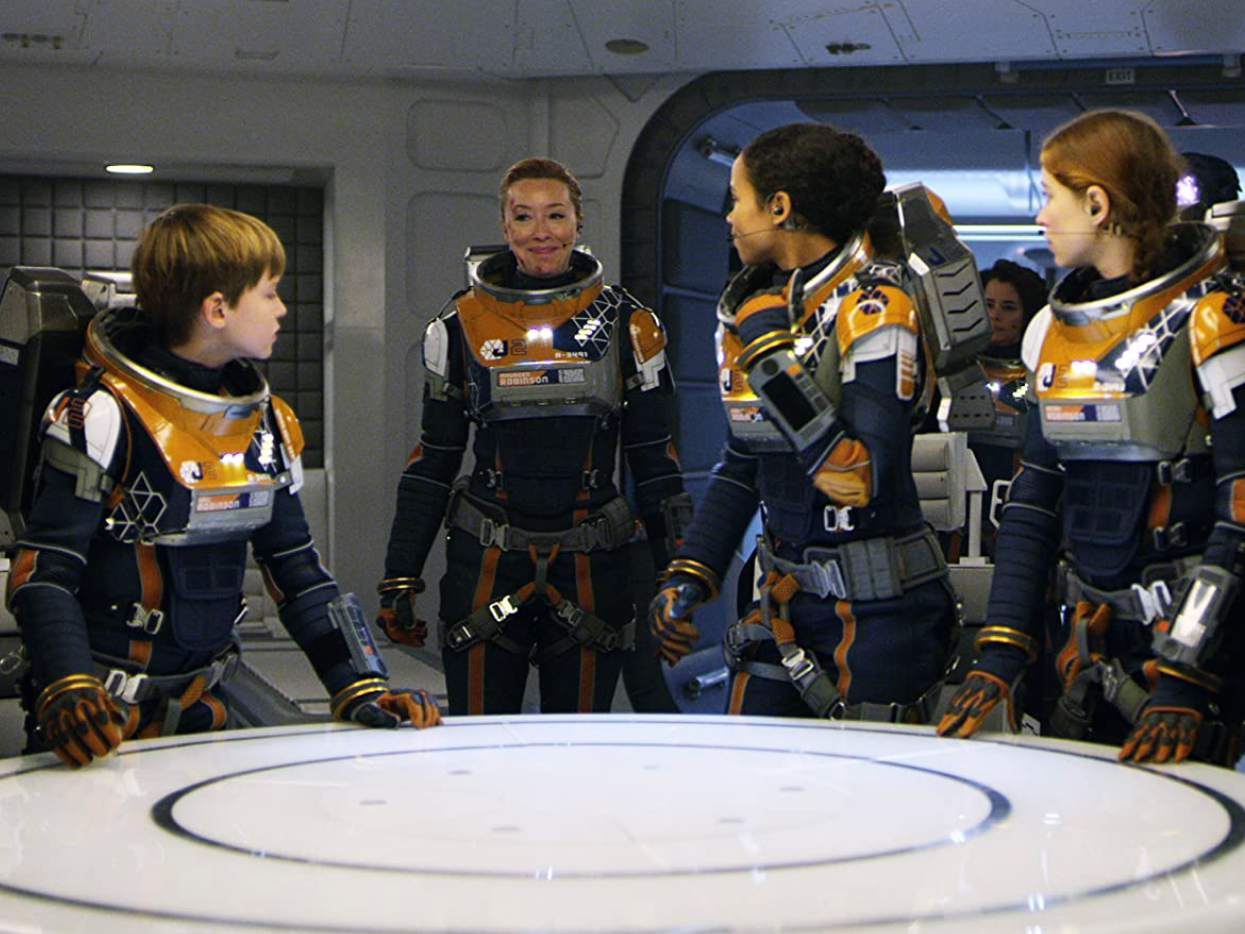 Netflix‘Lost in Space’ is based on a popular ’60s sci-fi show.

Netflix description: “After crash-landing on an alien planet, the Robinson family fights against all odds to survive and escape. But they’re surrounded by hidden dangers.”

Why you should watch it: Blending elements of the ’60s sci-fi show it was based on with more modern ideas of space and colonisation, “Lost in Space” is a must-watch for sci-fi fans.

The show is filled with twists and turns, but never loses sight of the close-knit family at its centre.

Consciousness can be transferred between people in “Altered Carbon.” 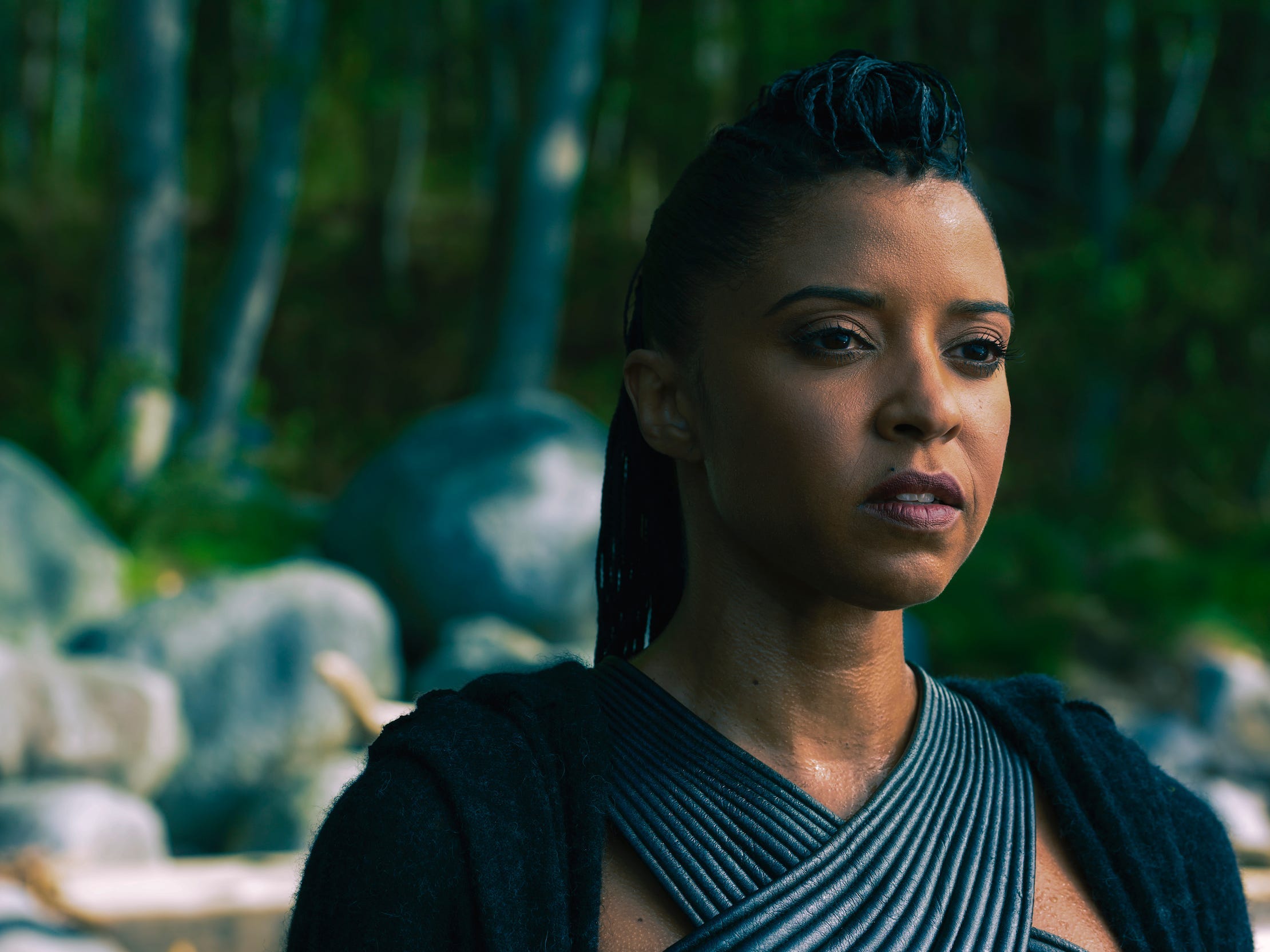 Netflix description: “After 250 years on ice, a prisoner returns to life in a new body with one chance to win his freedom: by solving a mind-bending murder.”

Why you should watch it: Cerebral and chilling, “Altered Carbon” is definitely one of the darker shows on this list. But it handles its serious subject matter well, and it’s easy to get drawn into the story of Takeshi Kovacs and his struggles for answers.