The 20 best teen dramas to watch on Netflix 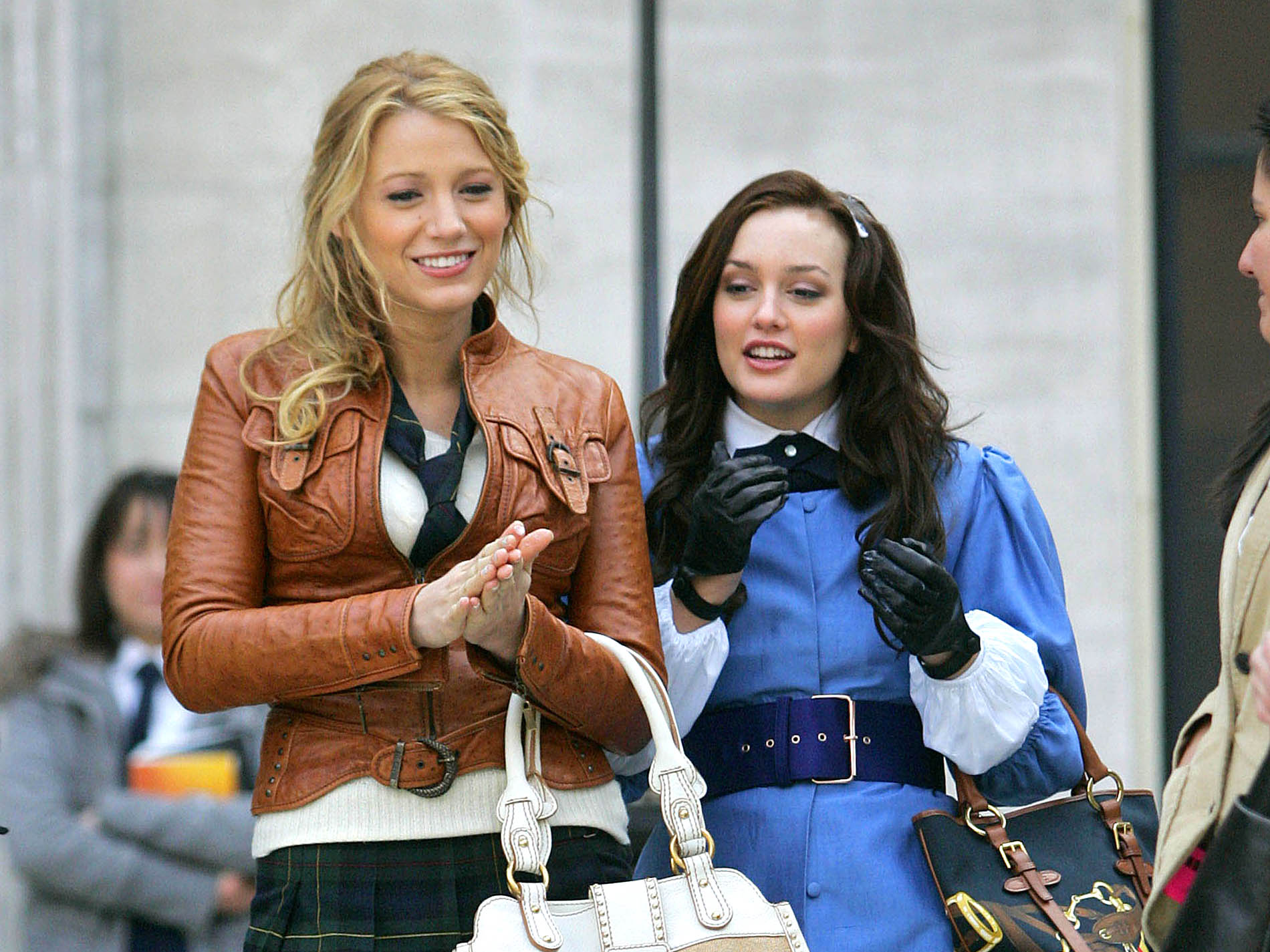 It often feels good to lose yourself in the nostalgic intrigue of a teen drama, and there’s no shortage of the genre on Netflix.

Whether you decide to watch a classic coming-of-age series like “Gossip Girl,” a current hit such as “Riverdale,” or an underrated gem like “The End of the F***ing World,” there are plenty of titles to choose from on the streaming service.

Keep reading to see the 20 best teen dramas you can stream on Netflix right now.

Insider has many movie and TV show lists to keep you occupied.

You can read them all here.

“Gossip Girl” is a classic 2000s show centering on a group of wealthy Manhattan high schoolers. 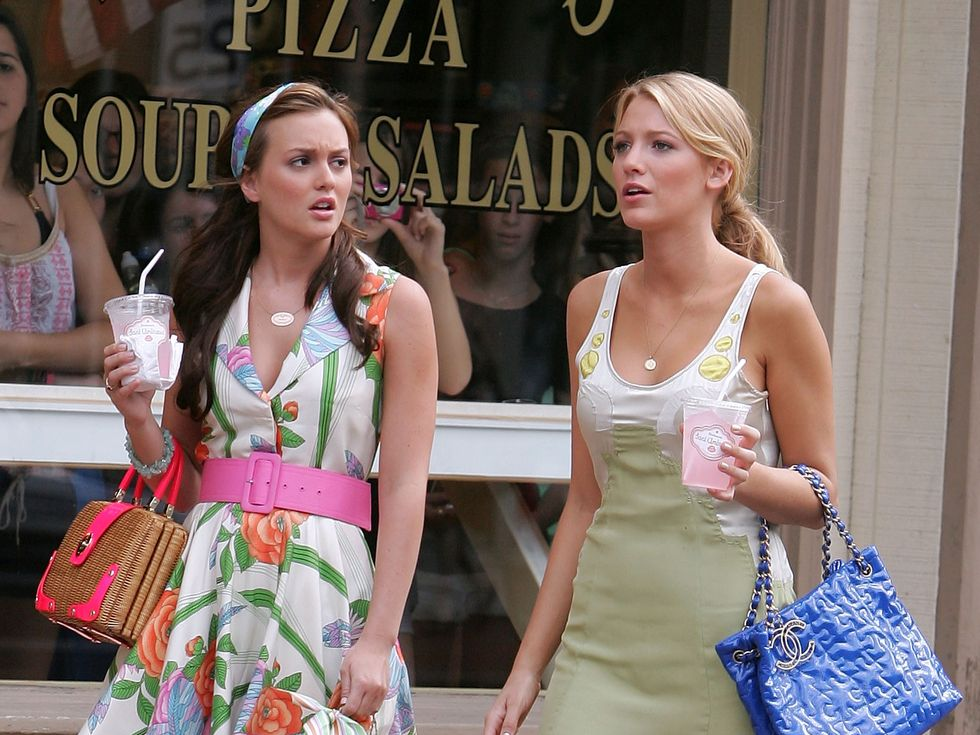 Netflix description: “A group of hyperprivileged Manhattan private-school kids seem to get away with everything. Except an anonymous blogger is watching their every move.”

Why you should watch it: With its A-list leads (such as Blake Lively and “You” star Penn Badgley) and cutting one-liners, the show is an engrossing teen drama for the ages.

Plus, it’s worth catching up on “Gossip Girl” before a 10-episode reboot of the show debuts on HBO Max later this year.

“Sex Education” is a quirky British dramedy that both teens and adults can enjoy. 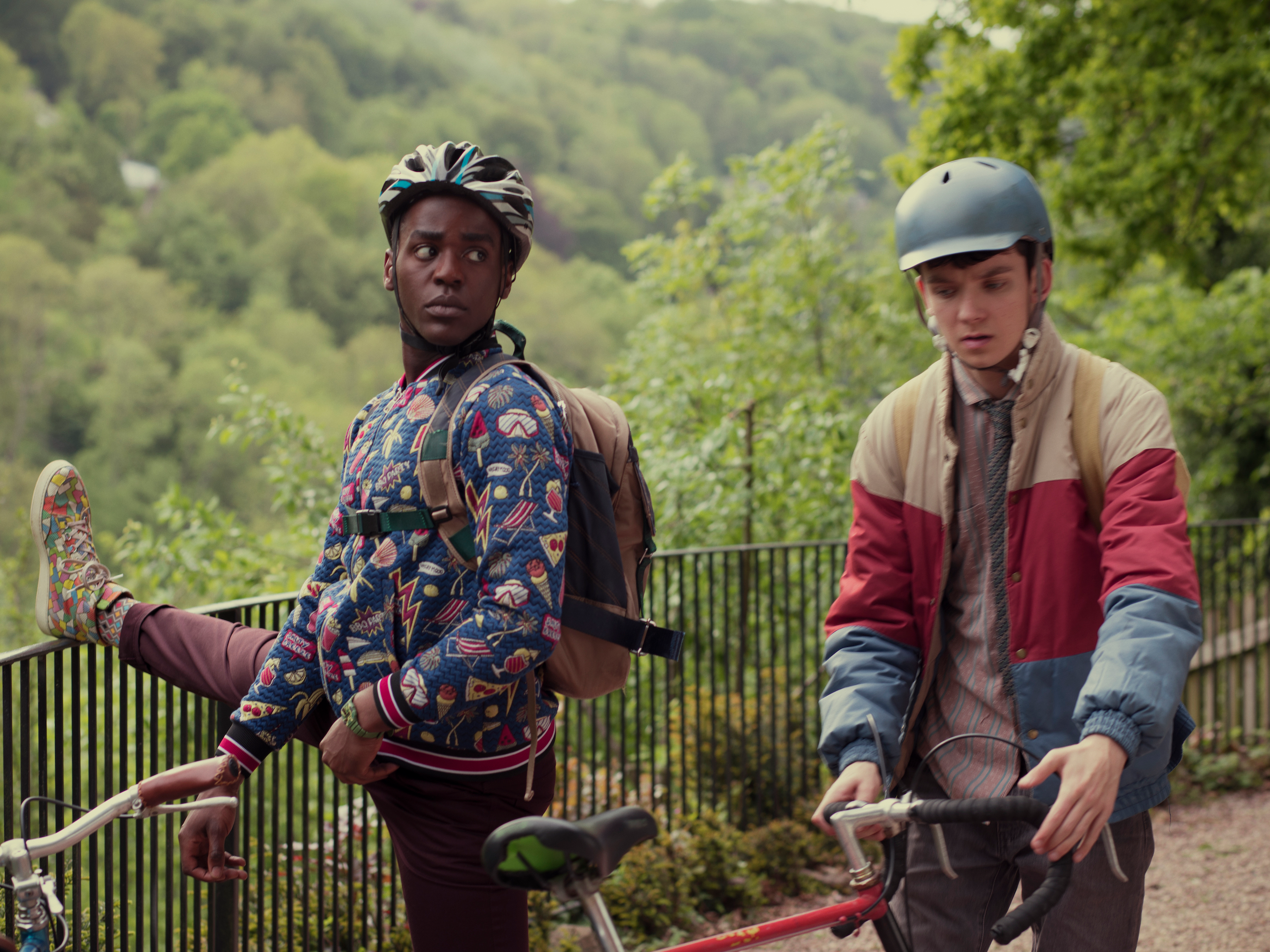 Netflix description: “Insecure Otis has all the answers when it comes to sex advice, thanks to his therapist mum. So rebel Maeve proposes a school sex-therapy clinic.”

Why you should watch it: Raunchy, heartfelt, and delightfully offbeat, “Sex Education” is a sex-positive coming-of-age dramedy for teens and adults alike.

“Elite” is a Spanish high school story with a murder mystery at its centre. Netflix description: “When three working-class teens enroll in an exclusive private school in Spain, the clash between them and the wealthy students leads to murder.”

Why you should watch it: With its compelling crime mysteries and twisty teenage gossip, this international Netflix original was made for binge-watching. Season three of “Elite” recently premiered on the streaming service, with a fourth season set to debut in 2021.

“Riverdale” is a delightfully soapy take on the iconic Archie Comics. 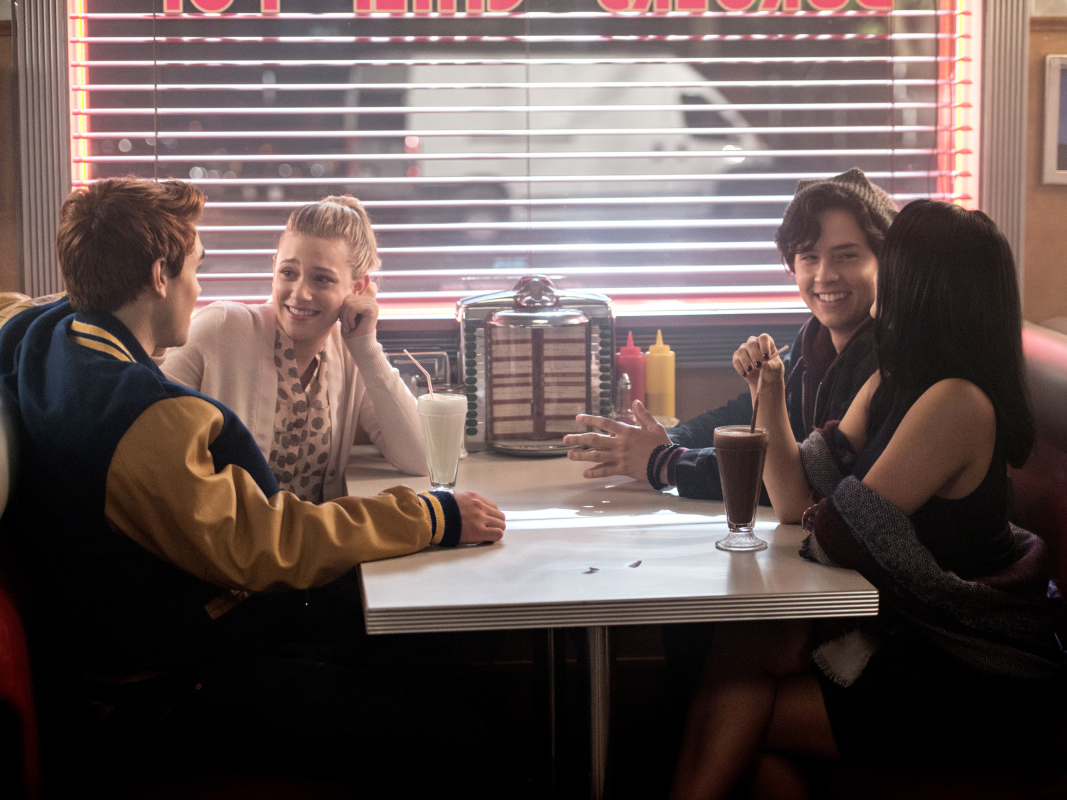 Netflix description: “While navigating the troubled waters of sex, romance, school and family, teen Archie and his gang become entangled in a dark Riverdale mystery.”

Why you should watch it: Since the 1940s, the Archie Comics have told the wholesome story of all-American teenager Archie Andrews, whose biggest problem is deciding whether to date classmates Betty Cooper or Veronica Lodge. In 2017, The CW plopped those classic characters into a live-action teen noir filled with murder mysteries and organised crime.

Sure, the soapy, melodramatic antics of “Riverdale” can get pretty unhinged, but it’s undeniably fun to watch a show take a familiar story and swing for the fences.

“On My Block” is a high school dramedy set in inner-city Los Angeles. 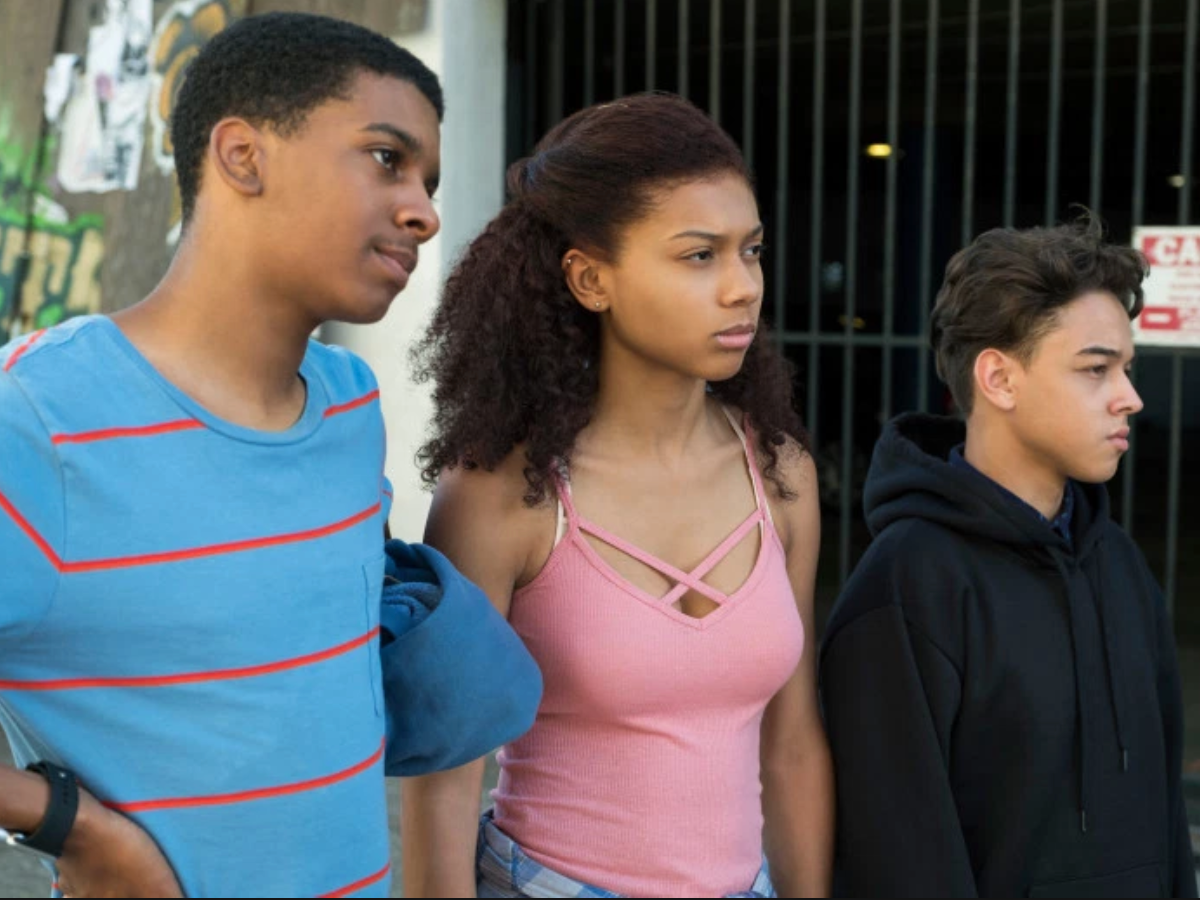 NetflixBrett Grey, Sierra Capri, and Jason Genao star on ‘On My Block.’

Why you should watch it: Season three premiered in March, making it a great time to catch up on this Netflix dramedy. “On My Block” showcases all of the familiar trials and tribulations of high school within the context of an often-underrepresented American community.

“Stranger Things” is one of Netflix’s most popular original series, and is set in the 1980s. 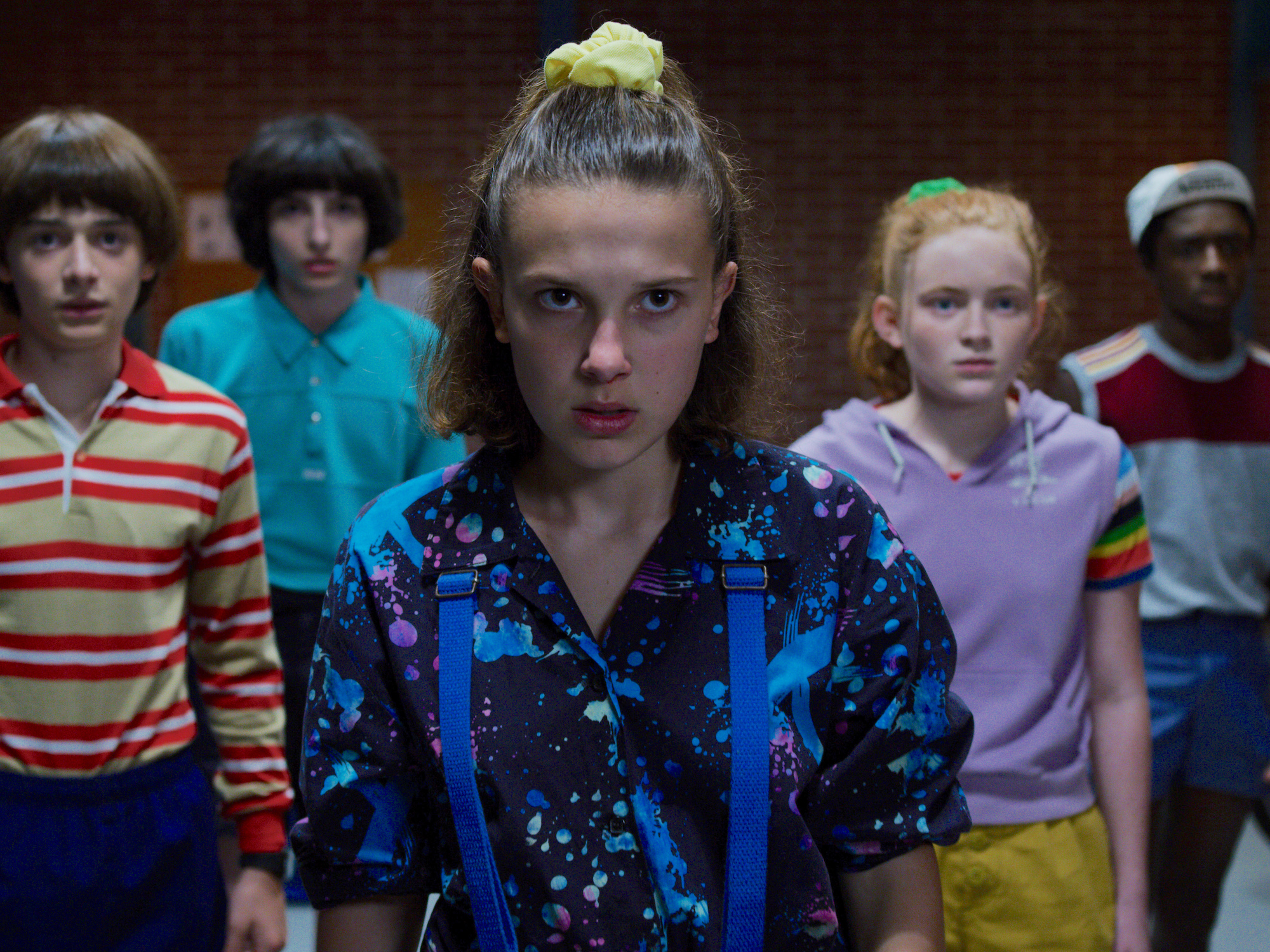 NetflixThere are currently three seasons of ‘Stranger Things’ available to stream on Netflix.

Why you should watch it: If you haven’t yet immersed yourself in the nostalgically creepy small-town world of “Stranger Things,” what are you waiting for? Apart from being one of Netflix’s most popular originals, the show perfectly evokes classic 1980s coming-of-age movies thanks to its charismatic teen leads.

“Glee” is a cult favourite with no shortage of memorable musical moments. Why you should watch it: Aside from making prominent stars out of cast members like Lea Michele and Darren Criss, the first few seasons of “Glee” in particular boast entertaining satire of high school social hierarchies, and catchy song covers that occasionally even rival the original versions.

“Everything Sucks!” is an original Netflix series set in the ’90s. 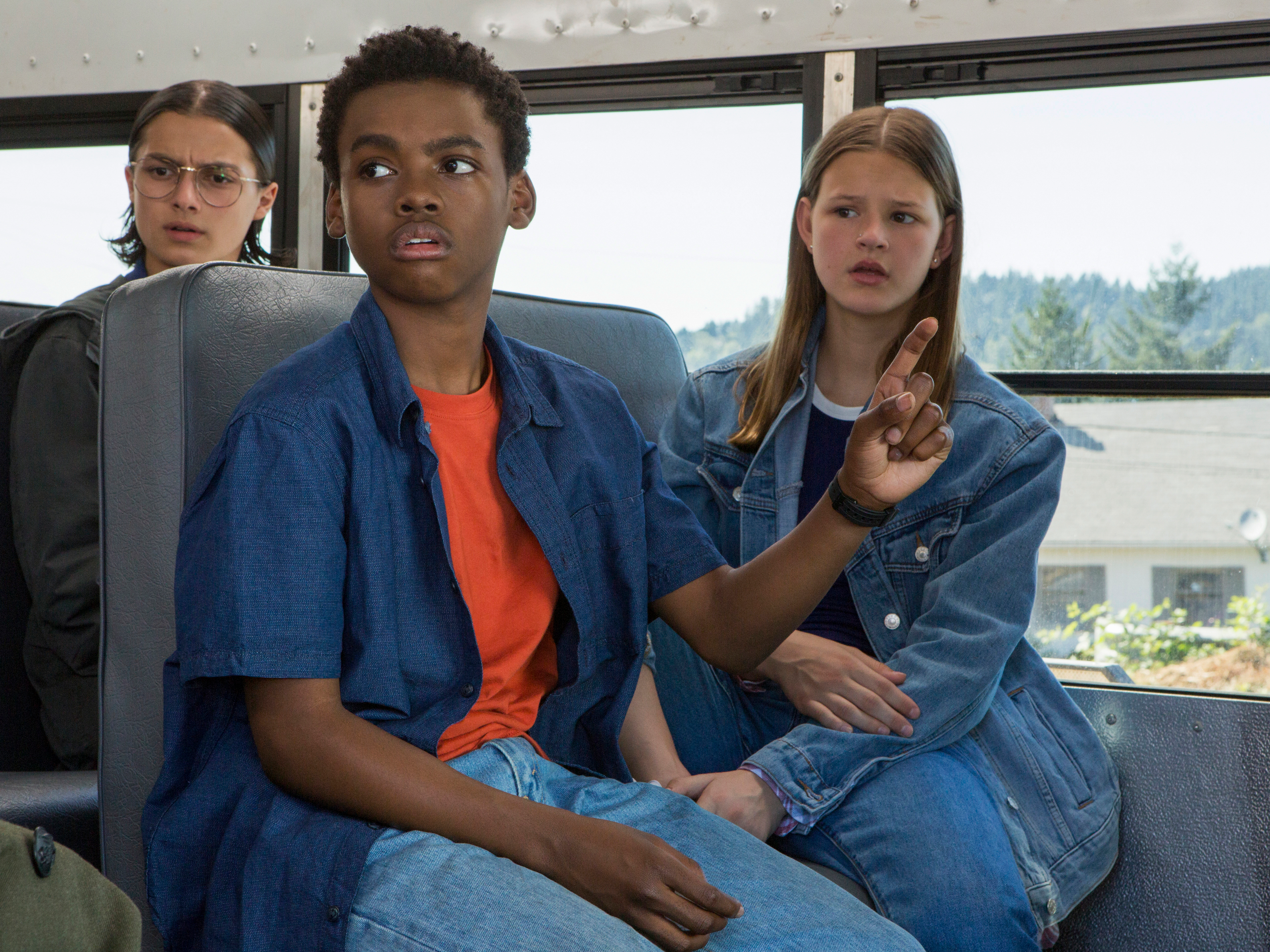 NetflixJahi Di’Allo Winston and Peyton Kennedy costar on ‘Everything Sucks!’

Netflix description: “It’s 1996 in a town called Boring, where high school misfits in the AV and drama clubs brave the ups and downs of teenage life in the VHS era.”

Why you should watch it: Although “Everything Sucks!” was unfortunately cancelled after one season, it maintains a passionate fanbase to this day. The emotional, nostalgic comedy has a great throwback soundtrack and was particularly hailed for its LGBT representation. It’s also a quick binge – you can watch the entire show in just under four hours. Bettina Strauss/The CWAlycia Debnam-Carey and Eliza Taylor play Lexa and Clarke in ‘The 100.’

Netflix description: “A century after Earth was devastated by a nuclear apocalypse, 100 space station residents are sent to the planet to determine whether it’s habitable.”

Why you should watch it: “The 100” manages to blend heady young adult drama and political intrigue within an absorbing futuristic version of Earth that’s full of surprises. While the later seasons of the show are admittedly debatable in quality, the first two seasons, in particular, are well worth a watch. 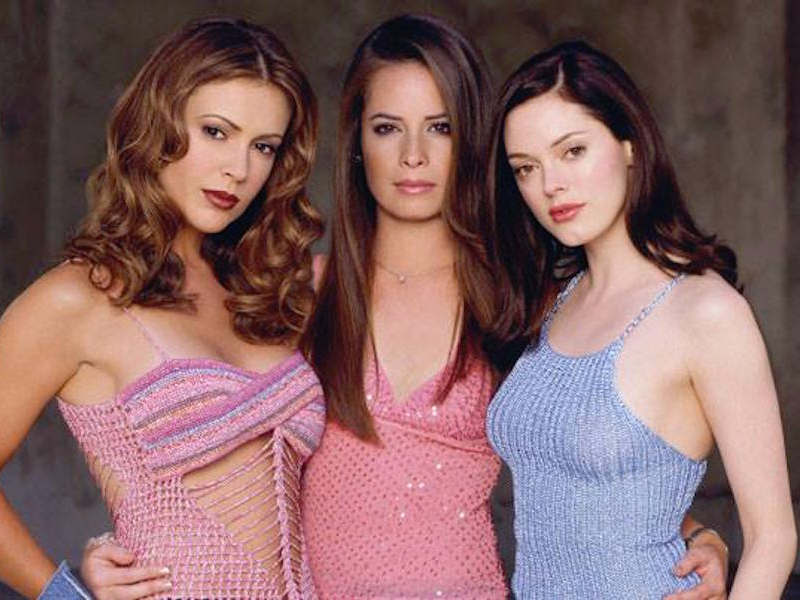 Netflix description: “After a trio of sisters discover an ancient text in their mansion attic, revealing they possess latent supernatural powers, mischief and drama ensue.”

Why you should watch it: The witchy teen drama is a poignant ode to sisterhood, and as a bonus, a reboot is currently airing on The CW.

“Skins” is set in the 2000s and follows several British teens’ tumultuous lives. Netflix description: “This incisive series centres on the tense lives of a group of teenagers as the friends and wannabe lovers weather their final two years of school.”

Why you should watch it: Featuring recognisable actors like Dev Patel and Nicholas Hoult, the British series was one of the first teen dramas to explore issues of eating disorders, mental health, substance abuse, and sexuality as they pertain to young adults.

“Gilmore Girls” follows a gifted teenager living with her single mum in an offbeat small town. Why you should watch it: While “Gilmore Girls” focuses on a mother-daughter duo, much of the action revolves around Rory Gilmore (Alexis Bledel) attempting to fulfil her dreams of attending a top university, as she comes of age along the way.

The show is a classic for a reason – its quirky characters and the relationships that they form feel strikingly real, and the quick-paced stream of jokes hold up well on your first or fifth viewing.

“Chilling Adventures of Sabrina” is a darker take on the classic ’90s sitcom “Sabrina the Teenage Witch.” 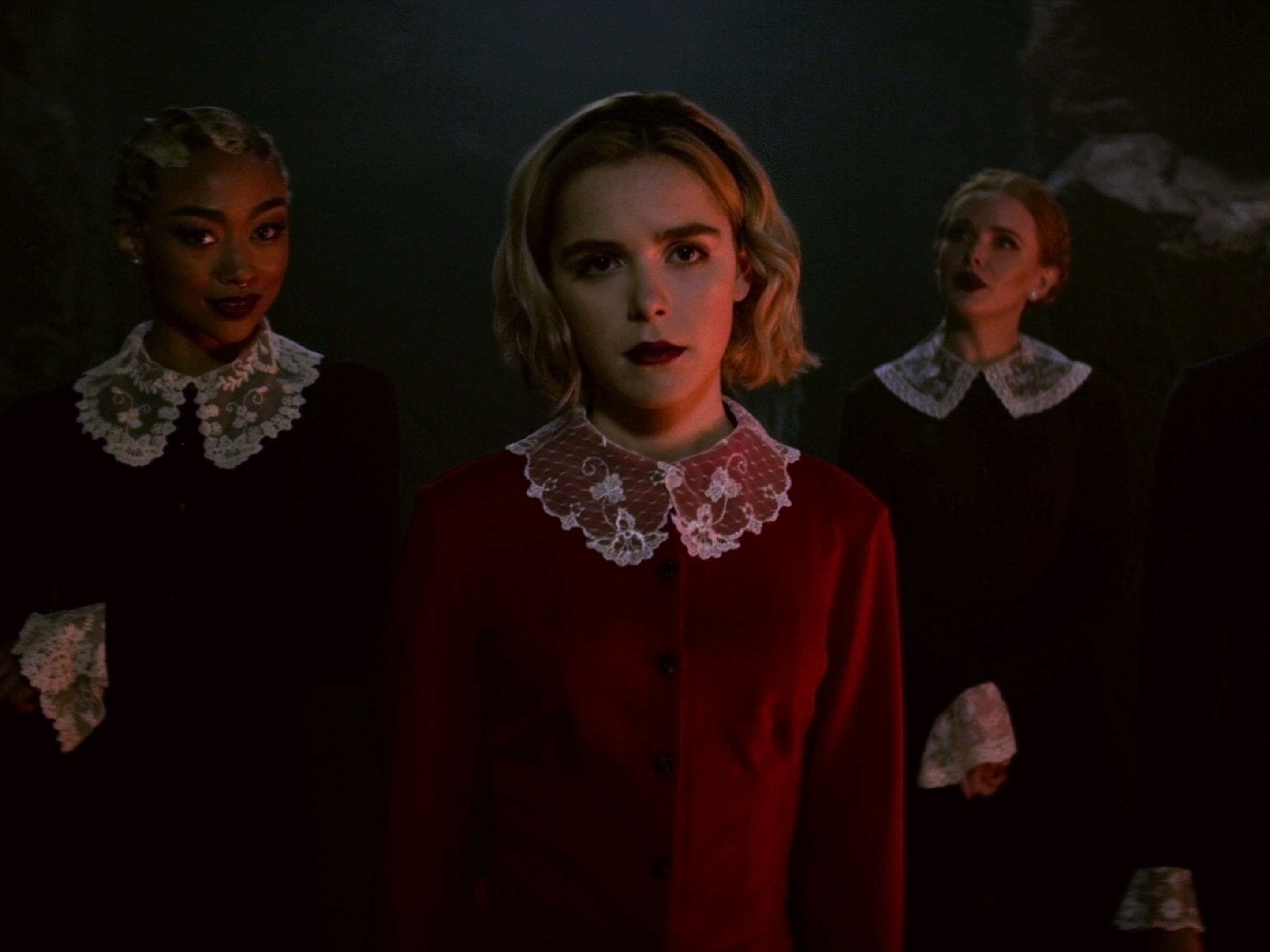 Why you should watch it: This Netflix original was developed by the creator of “Riverdale” (Roberto Aguirre-Sacasa) and is just as bingeable. “Mad Men” star Kiernan Shipka leads this macabre yet campy romp, which is an engrossing supernatural teen show for a new generation.

“The End of the F***ing World” is a darkly comedic road trip romance. 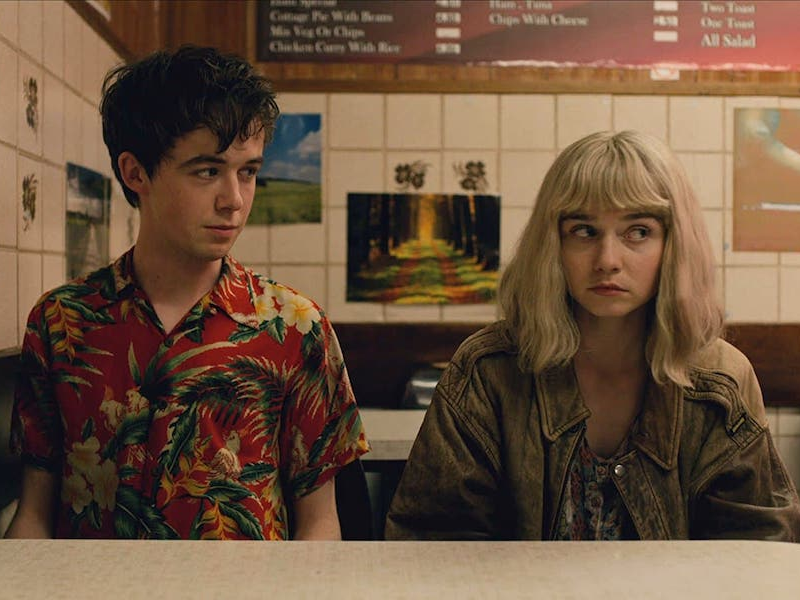 NetflixAlex Lawther and Jessica Barden play James and Alyssa on ‘The End of the F***ing World.’

Netflix description: “A budding teen psychopath and a rebel hungry for adventure embark on a star-crossed road trip in this darkly comic series based on a graphic novel.”

Why you should watch it: “The End of the F***ing World” expertly balances bleak nihilism and outlandish comedy, telling an unconventional love story about two young outsiders. It’s also a quick watch, with a series runtime of less than six hours.

“It” star Sophia Lillis leads “I Am Not OK With This,” playing a ’90s teenager with superpowers. 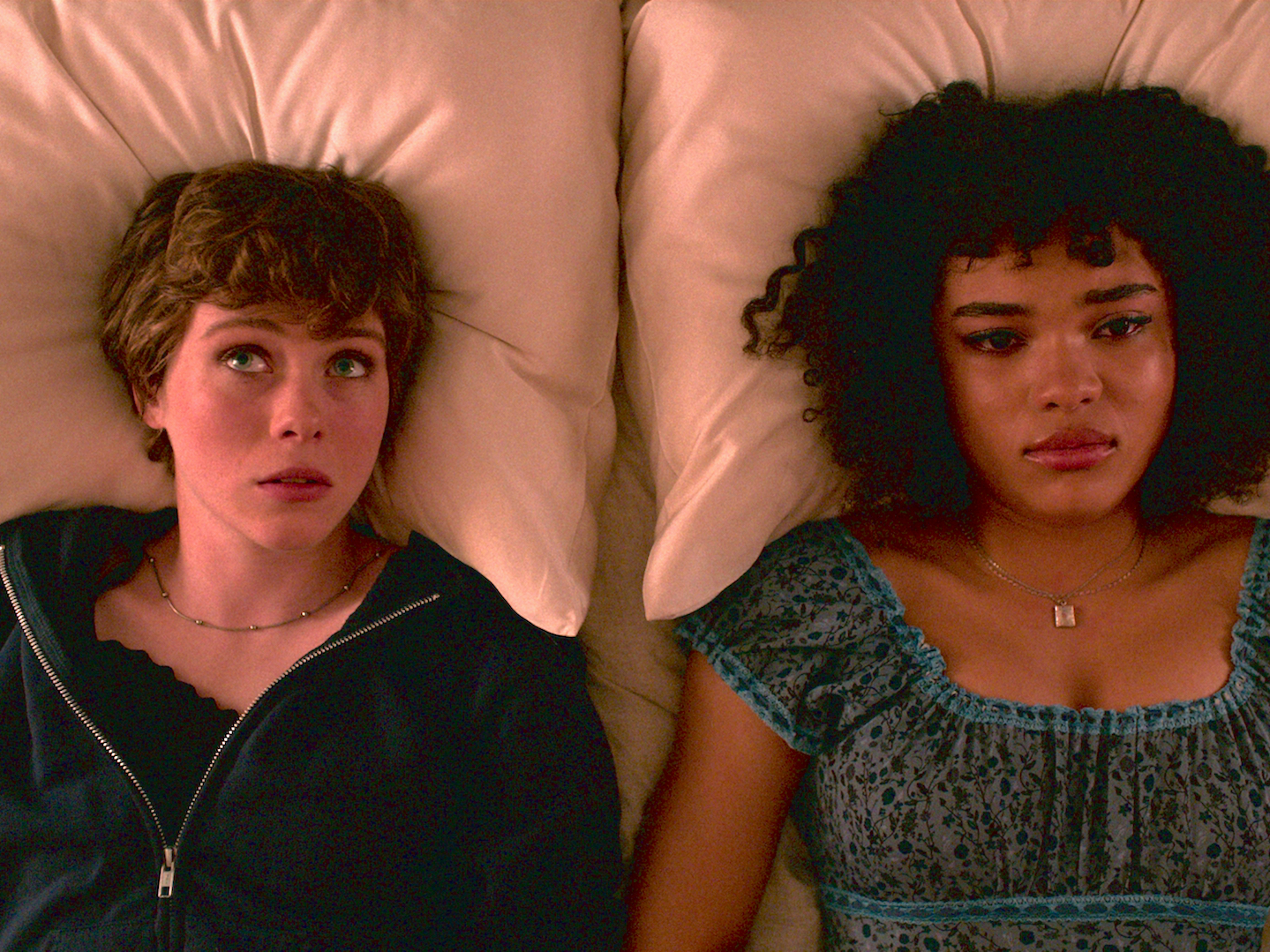 NetflixSophia Lillis and Sofia Bryant star on the Netflix original show ‘I Am Not OK With This.’

Netflix description: “Angsty Syd navigates high school awkwardness, family drama and an unrequited crush on her best friend while trying to rein in her budding superpowers.”

Why you should watch it: On its surface, “I Am Not OK With This” may seem like a retread of other nostalgic Netflix originals like “Everything Sucks!” and “Stranger Things,” since it takes place in the 20th century and follows a girl (Lillis) with burgeoning supernatural abilities.

However, the show more than stands its own thanks to a strong lead performance from Lillis, a streamlined runtime, and a compassionate view of just how terribly awkward adolescence can be. 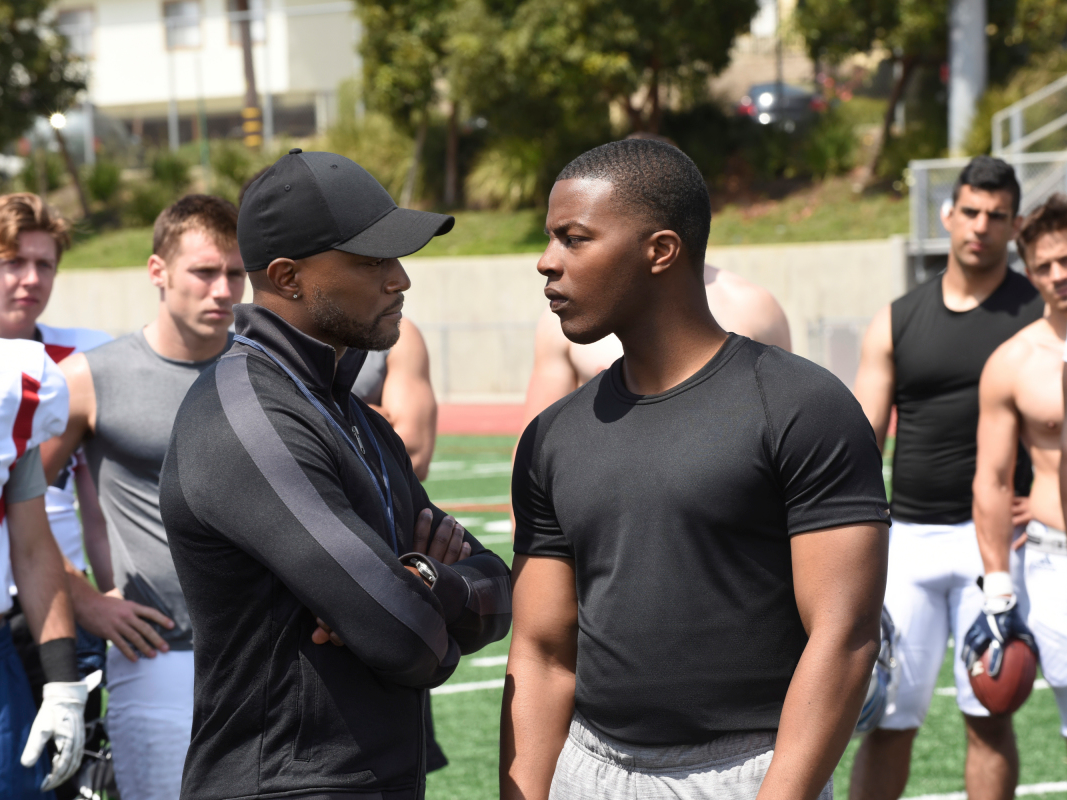 Why you should watch it: Like many sports dramas before it, “All American” uses football to tackle social issues – in this case, how race and class intermingle in one wealthy Los Angeles high school. This show stands out from the pack thanks to standout performances by Diggs and newcomer Daniel Ezra.

“The Society” takes place in a world where everyone in an affluent community vanishes apart from the local teens. Netflix description: “When everyone else mysteriously vanishes from their wealthy town, the teen residents of West Ham must forge their own society to survive.”

Why you should watch it: Chances are you caught “The Society” star Kathryn Newton on “Big Little Lies” or in the 2019 Pokémon film “Detective Pikachu,” but the actress really gets to shine here as Allie, a girl who’s tasked with helping her peers survive in their guardians’ absences.

An interesting modern riff on “Lord of the Flies,” the show balances its fast-paced melodrama with a thoughtful exploration of what happens when teenagers are forced to grow up too fast. 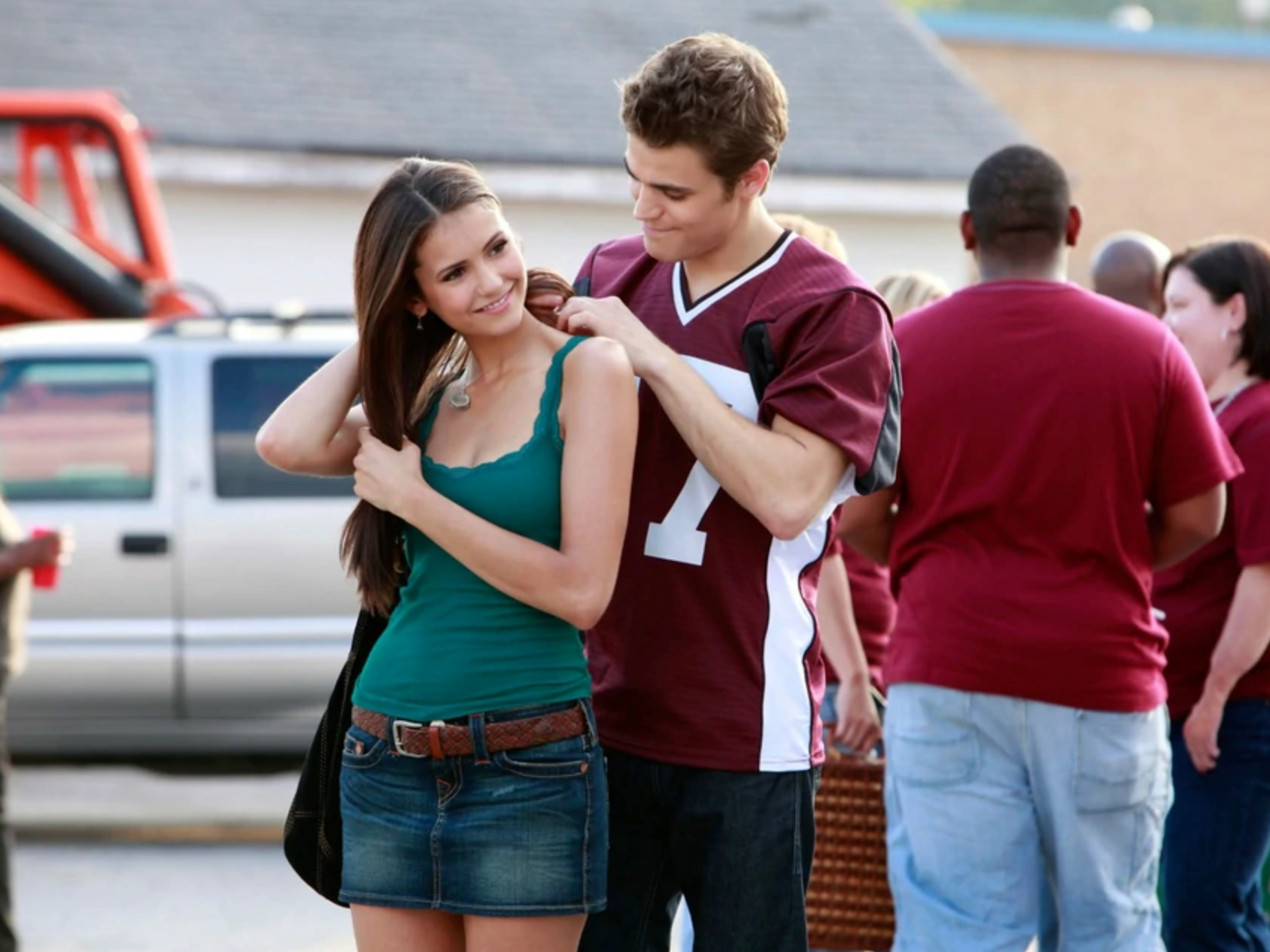 The CWNina Dobrev and Paul Wesley star on ‘The Vampire Diaries.’

Why you should watch it: Released back in 2009, when vampires were in their heyday thanks to the “Twilight” series, “The Vampire Diaries” is fuelled by a juicy young adult love triangle typical of the early 2010s. Come for the supernatural gossip, stay for the show’s witty dark comedy (which is somewhat reminiscent of “Buffy the Vampire Slayer”).

“Atypical” is a Netflix original centering on the misadventures of an autistic high schooler and his friends. 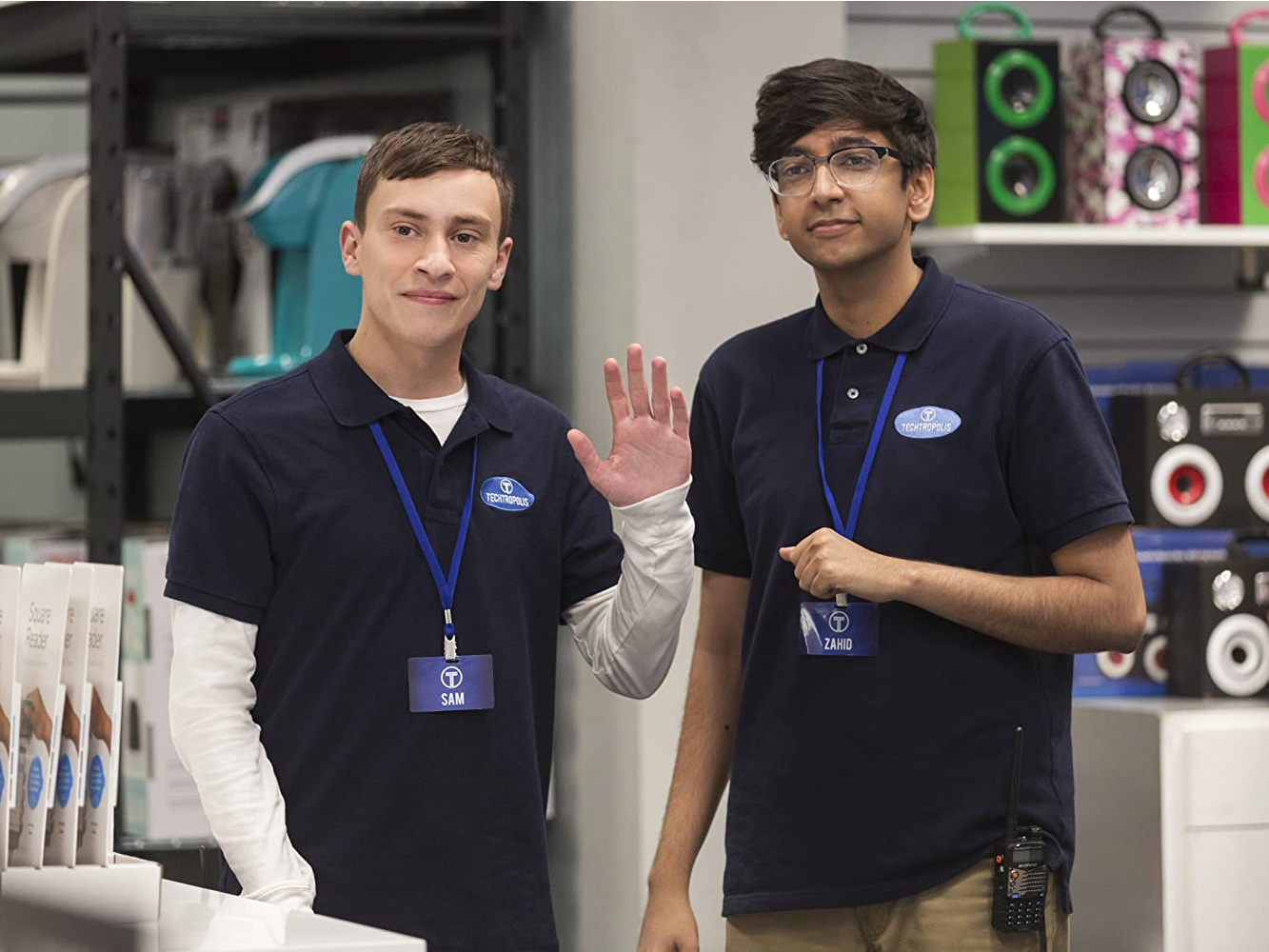 Netflix description: “When a teen on the autism spectrum decides to get a girlfriend, his bid for more independence puts his whole family on a path of self-discovery.”

Why you should watch: “Atypical” has an all-around strong ensemble cast, and incorporates main character Sam’s (Keir Gilchrist) autism into the show’s larger questioning of what it means to be “normal” without ever othering him or making jokes at his expense. The dramedy has only gotten better with each of its three seasons, and a fourth and final season will hit Netflix next year.

“Anne with an E” is a Netflix adaptation of the “Anne of Green Gables” series. 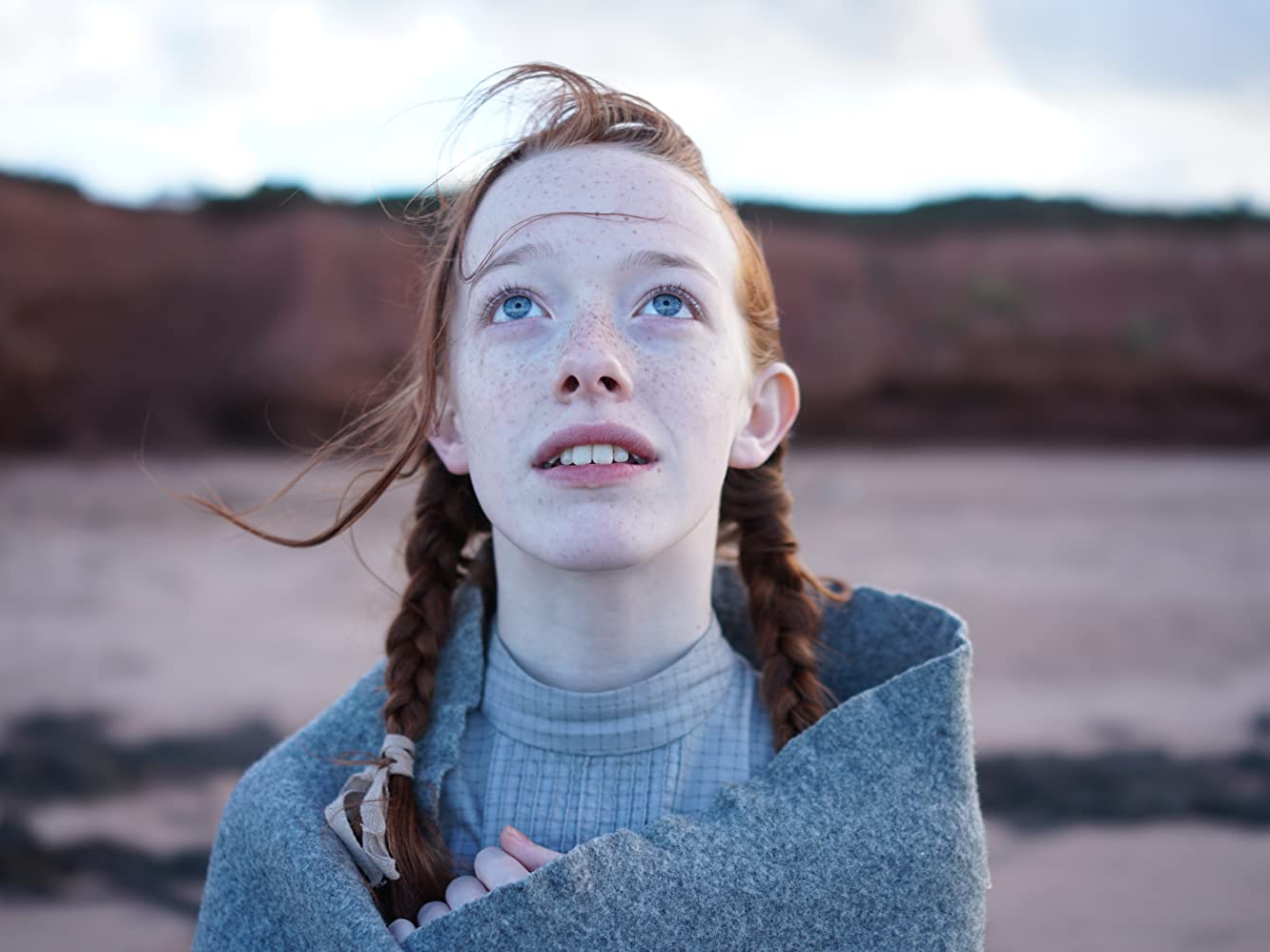 Chris Reardon/NetflixAmybeth McNulty stars on ‘Anne with an E.’

Netflix description: “A plucky orphan whose passions run deep finds an unlikely home with a spinster and her soft-spoken bachelor brother. Based on ‘Anne of Green Gables.'”

Why you should watch it: It can be difficult to adapt a classic story, but “Anne with an E” succeeds by bringing a surprisingly modern sensibility to Lucy Maud Montgomery’s beloved series and heroine. Although the series aired its last episodes in early 2020, all three seasons can be enjoyed on Netflix now.