Netflix is adapting 'The Three-Body Problem' sci-fi trilogy, with the 'Game of Thrones' showrunners set to write and produce Netflix is jumping into a sci-fi epic.

The streaming giant announced on Tuesday it had acquired the rights to and is developing a series based on “The Three-Body Problem” book trilogy, also known as the “Remembrance of Earth’s Past” trilogy, by the Chinese author Liu Cixin.

David Benioff and D.B. Weiss, who served as showrunners on HBO’s “Game of Thrones,” are writing and executive producing, along with Alexander Woo, who executive produced HBO’s “True Blood” and more recently AMC’s “The Terror: Infamy.” Rian Johnson, the director of “Star Wars: The Last Jedi” and “Knives Out,” and his producing partner Ram Bergman will also be executive producers.

The former “Game of Thrones” duo landed a multiyear TV and movie deal with Netflix last year worth $US200 million, according to The Hollywood Reporter. They were previously set to write and produce a “Star Wars” movie, before exiting due to the reaction from fans to their “Game of Thrones” finale last year, THR reported.

Johnson is also still set to direct a new “Star Wars” trilogy, first announced in 2017, but no details have been revealed since.

In the meantime, the creators will be busy with “The Three-Body Problem.” 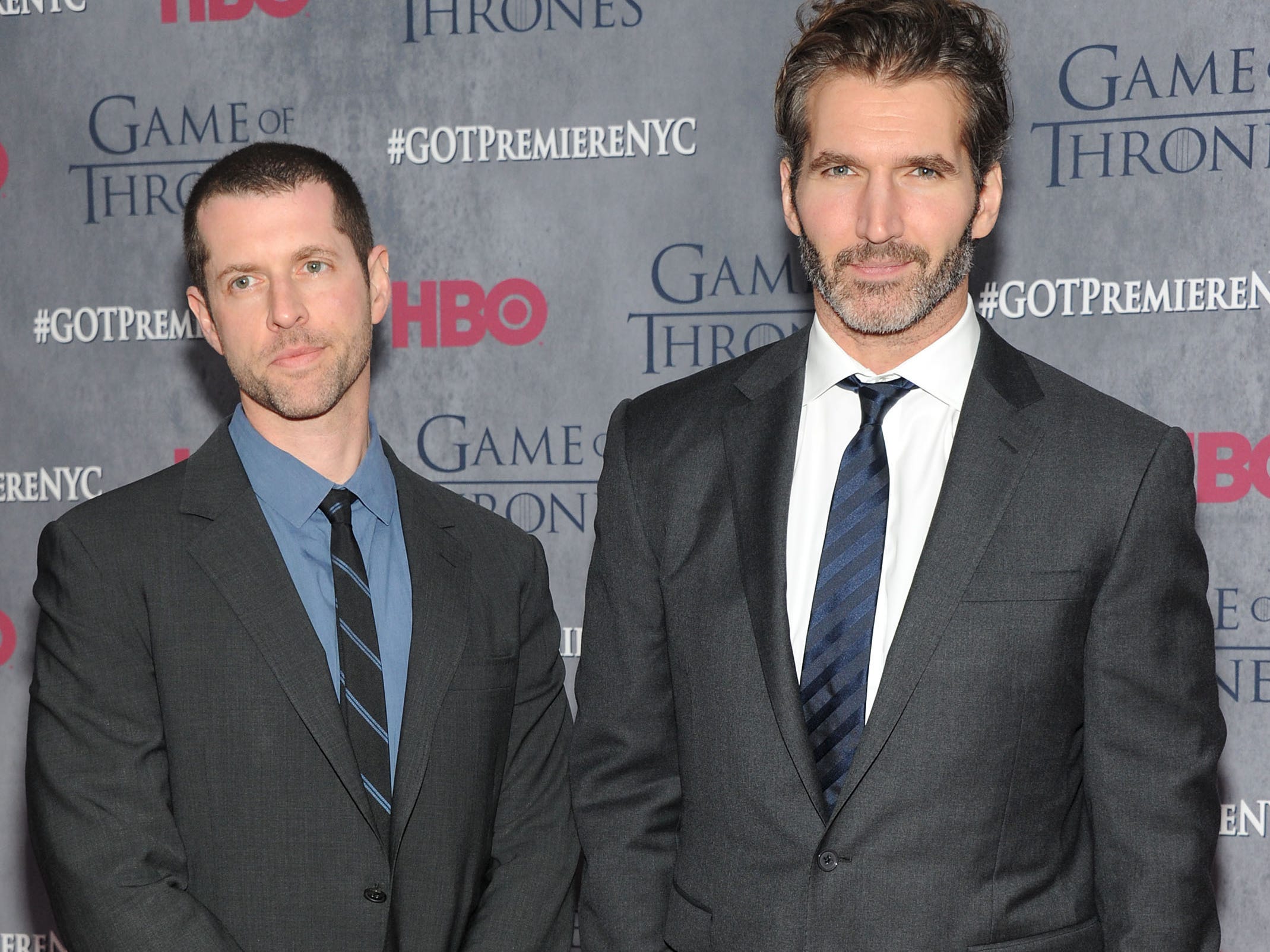 “Liu Cixin’s trilogy is the most ambitious science-fiction series we’ve read, taking readers on a journey from the 1960s until the end of time, from life on our pale blue dot to the distant fringes of the universe,” Benioff and Weiss said in a statement. “We look forward to spending the next years of our lives bringing this to life for audiences around the world.”

“The Three-Body Problem” is Netflix’s latest plunge into sci-fi and fantasy as it appears to be expanding its franchise ambitions. “The Witcher,” based on a series of fantasy novels that turned into a massive hit for the streamer, is just one example.

“Although it may seem like a familiar premise – the story of humanity’s first contact with an alien civilisation – Chinese author Liu Cixin’s ability to interweave science with fiction made his vision of the future and extra-terrestrial contact feel more realistic than any other science fiction I’ve read,” said Netflix’s vice president of original drama series, Peter Friedlander, in a statement.

He added: “Since my earliest days at Netflix working on series like ‘Black Mirror’ and ‘Sense8,’ I’ve sought out stories and POVs that are singular. This story felt singular, special – and eminently relatable.”