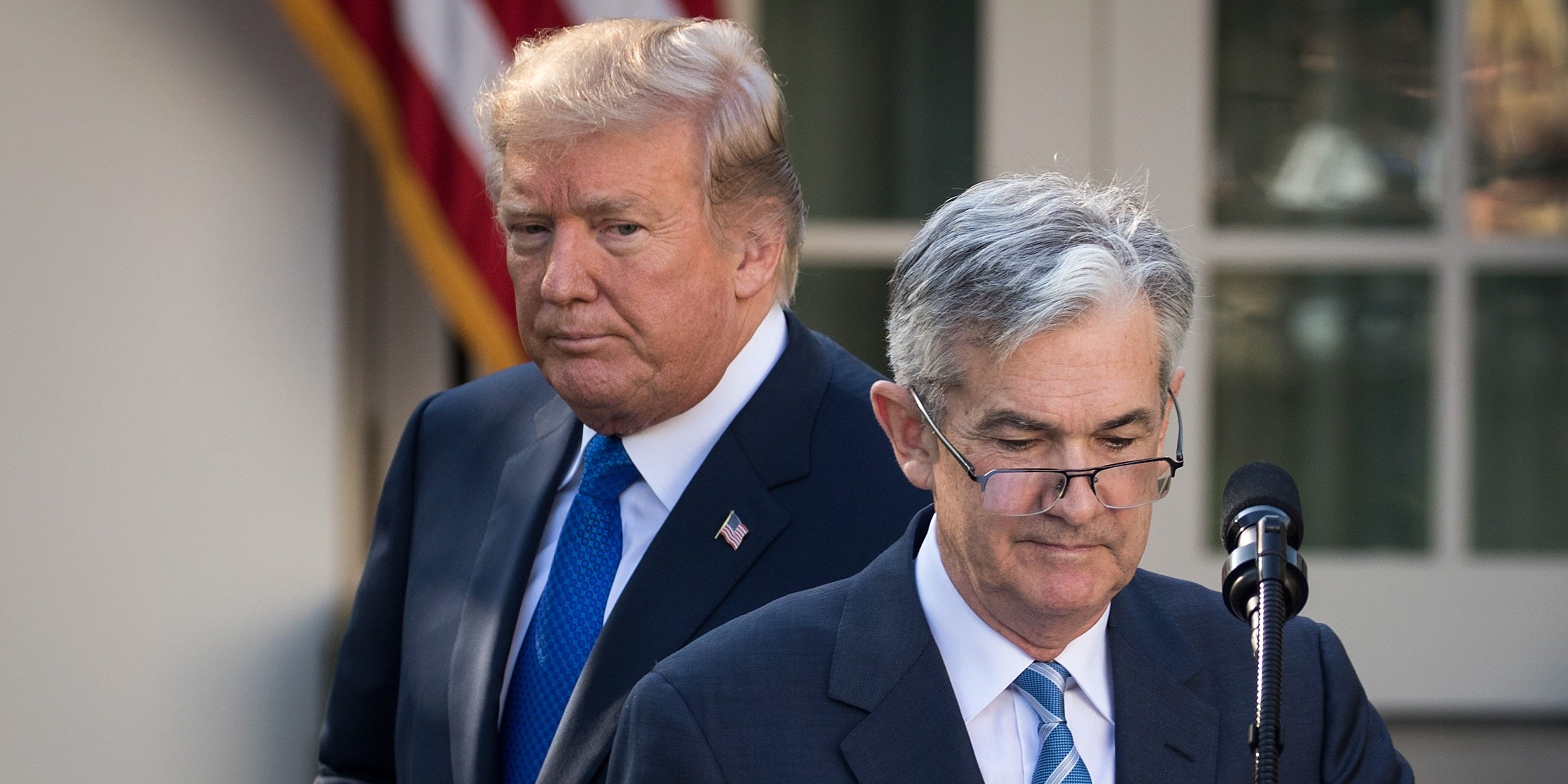 Drew Angerer/Staff/Getty ImagesPresident Donald Trump and current Chairman of the Federal Reserve Jerome Powell at a press event in the Rose Garden on November 2, 2017.

While the stock market continues to move higher after better-than-expected second quarter earnings reports, falling interest rates suggest investors are still risk averse and sceptical of the current rally, according to DataTrek.

In a note published on Monday, DataTrek co-founder Nicholas Colas said that negative interest rates in the US “are still possible.” It seems the Treasury market is getting closer to that reality, which might please President Donald Trump.

Earlier this year, President Trump called for negative interest rates in the US, so that the country can take advantage of record yield borrowing rates.

Meanwhile, Fed Chairman Jerome Powell has insisted that the Fed is not looking at negative interest rates as a potential monetary policy tool.

In early March, in response to the COVID-19 pandemic, the Fed slashed the US federal funds rate to 0% to 0.25%.

The 10-year note was trading at 1.90% just one year ago, and its long-term trading average is 4.44%, according to data from YCharts.com.

Read more: A Wall Street quant chief breaks down why a COVID-19 vaccine is not the silver bullet investors have been hoping for – and warns another stock-market meltdown is likely

With the US 10-year “flirting with another record-low yield,” investors shouldn’t be surprised if negative interest rates end up in the US as they have overseas.

Negative sovereign yielding debt peaked at $US17 trillion last August, and has since fallen to just above $US10 trillion as of April, according to Barron’s.

Stronger-than-expected second quarter earnings may be masking underlying weakness in the economy, as signalled by continually falling interest rates.

And according to Colas, the earnings beats this quarter are mainly because “so many companies stopped giving earnings guidance in the wake of the COVID crisis,” which led to Wall Street analysts assuming “the worst when they did their earnings models.”

With 63% of S&P 500 companies having reported second quarter earnings so far, 84% of them beat analyst expectations, according to data from FactSet.

But despite the earnings beats, “the slide of long-term Treasury yields is a good reminder that investor risk aversion remains and negative US rates are still possible,” explained Colas, who has pointed out over the past few months that fed funds futures “refuse to give up on the idea of negative US policy rates.”

Read more: These 16 global stocks have at least 20% upside in the next year – and they will continue to thrive as COVID-19 accelerates a crucial technological shift, UBS says