Nearly half of Democrats say they would be comfortable returning to their old routines, a new poll shows 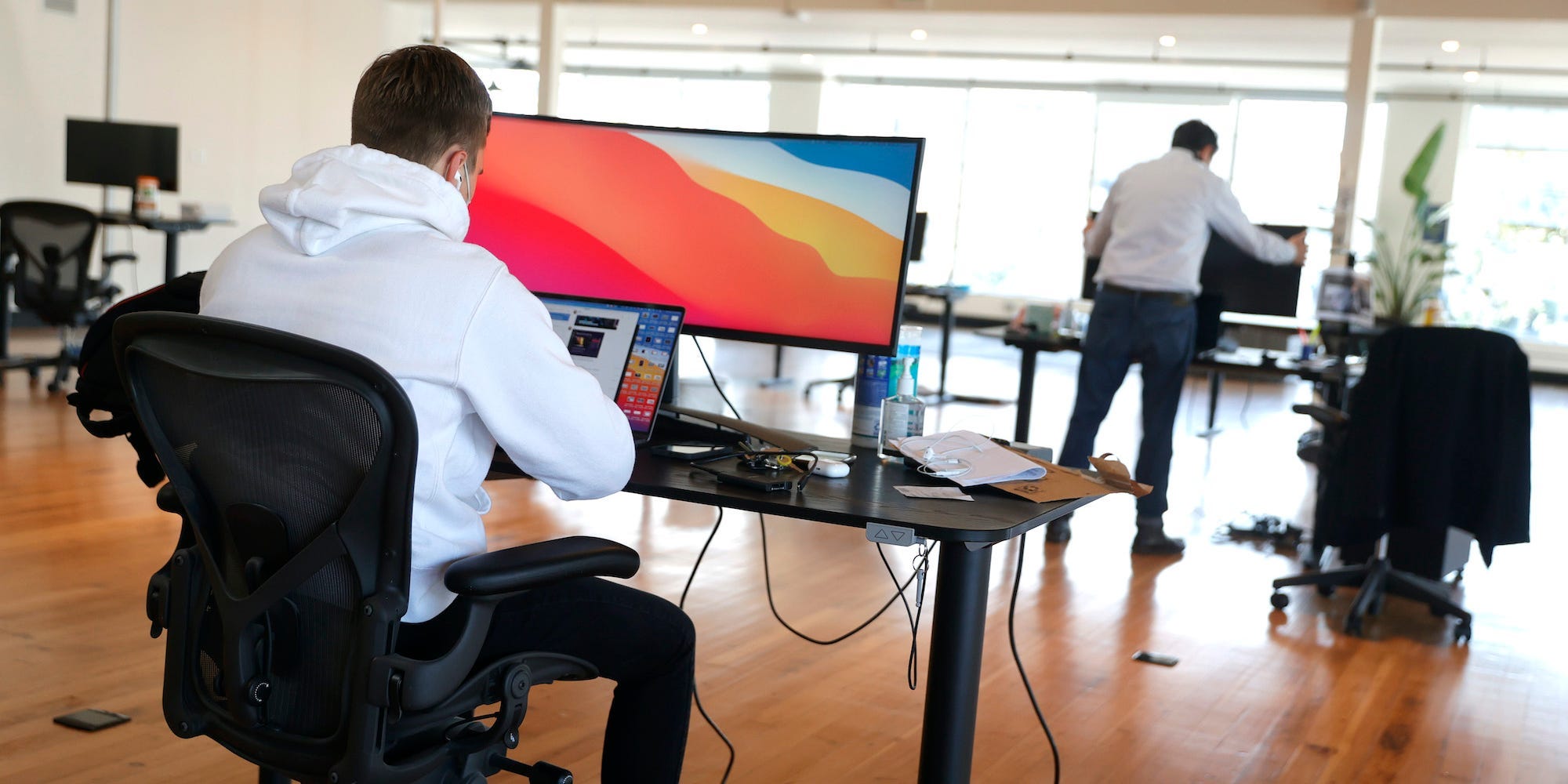 Justin Sullivan/Getty ImagesVlad Lapich, with tech startup company Fast, works on his computer on the first day back in the office on March 24, 2021 in San Francisco, California.

The level of comfort with returning to work is at an all-time high among Democrats in newly-released Morning Consult survey data.

Morning Consult has tracked public sentiments about daily life amid the pandemic since March 2020. As of April 18, approximately 46% of Democrats in the US said they would feel either “very comfortable” or “somewhat comfortable” returning to their old routines as vaccination accessibility increases across the country.

Republicans surveyed by Morning Consult have consistently reported higher levels of comfort returning to their old normal routine than Democrats. Republican comfort levels in the survey have never dropped below 40% while Democrats polled close to 20% several times in the past year. Similarly, those polled who disapprove of the job President Joe Biden has done in the White House were much more likely to be rearing to return to their normal routines than those approving of the president.

Gaps in comfort levels also appear among different generations in Morning Consult’s polling, where half of all Baby Boomers surveyed (people born between 1946 and 1964) said they were either “somewhat uncomfortable” or “very uncomfortable” returning to their previous routines – over ten percentage points more than the younger Gen X, Gen Z, and Millennial generations.

Overall sentiment among adults toward returning to a normal routine has grown to record heights in recent weeks. According to the survey, 52% of adults said they felt comfortable returning, an 18 percentage point increase since January 2, 2021.

The COVID-19 pandemic threw a wrench in the US economy and derailed businesses, leading to over 55 million unemployment claims in 2020 alone.

At the beginning of April, Biden said every American adult would be eligible for a COVID-19 vaccine by April 19. Before coming into office, the president said his goal was to ensure 100 million Americans received a dose of the vaccine in his first 100 days – a goal that was surpassed on March 19.

Biden later pushed the goal to 200 million vaccine doses administered by his 100th day, April 30. According to Bloomberg’s COVID-19 Vaccination Tracker, over 213 million doses have already been administered as of April 21 with 3 million receiving the vaccines every day.