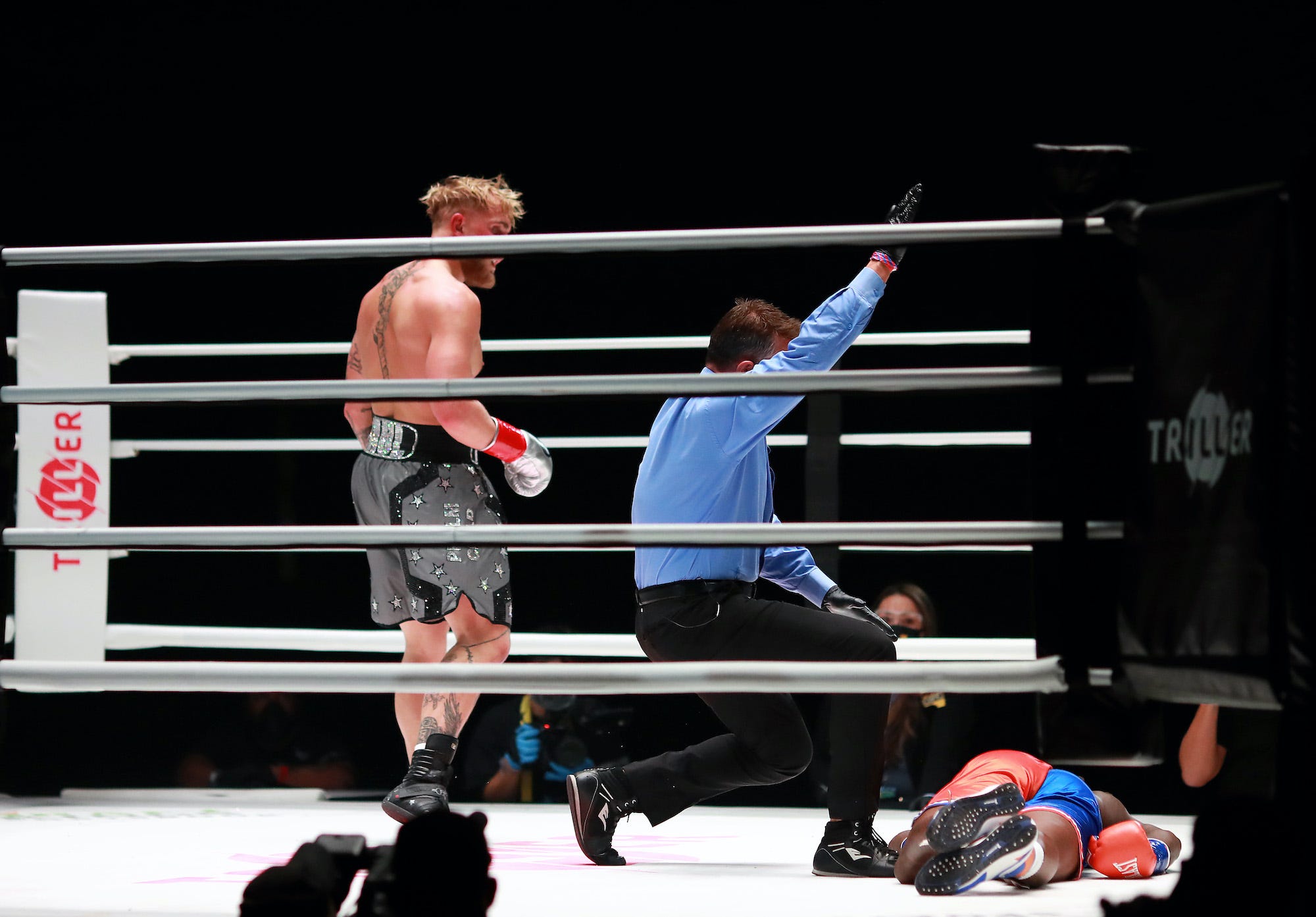 The NBA world is mercilessly trolling the three-time slam dunk champ Nate Robinson after he was viciously knocked out by Jake Paul in the second round of their cruiserweight boxing match Saturday.

Robinson and the YouTube creator contested a professional cruiserweight match in the co-main event of the highly-anticipated boxing showcase at the behind-closed-doors Staples Centre in Los Angeles.

Though Paul is renowned for his rap music and his massive social media following, he has only fought twice as a pro boxer and has never competed against an actual fighter.

Regardless, there was a clear skill gap between himself and Robinson, as Paul knocked the former baller down once in the first round, twice in the second, and left him face-down, motionless, on the canvas with only his eighth landed punch of the fight.

The brutal finish has opened Robinson up to mockery from his peers in the basketball community.

Responding to a Twitter comment in which Robinson said, “Gonna shock the world, bro,” the Golden State Warriors point guard Steph Curry waited until after the fight result to say: “I see no lies.”

I see no lies

Joel Embiid, of the Philalphia 76ers simply said: “Night night,” as Robinson was not moving and unconscious for an uncomfortable amount of time.

The former LA Lakers player J.R. Smith appeared to mock the level of opponent Robinson was up against.

Not everybody reacted negatively as the Denver Nuggets power forward Paul Millsap praised Robinson by saying: “Man, respect to Nate for putting himself out there and trying.”

It is the first time Robinson ever fought as a pro boxer and he now has a losing record. Paul, in contrast, advanced his record to two wins (two knockouts) unbeaten.

An eight-round exhibition between the two former world heavyweight boxing champions Mike Tyson and Roy Jones Jr. topped the six-bout card, with both fighters leaving the ring with a draw.

Mike Tyson smoked a joint before the Roy Jones Jr. exhibition, threw 193 punches in 16 minutes, and said he’d do it all again

Roy Jones Jr. said his body hurts everywhere Mike Tyson landed a punch: ‘He is capable of fighting anybody’