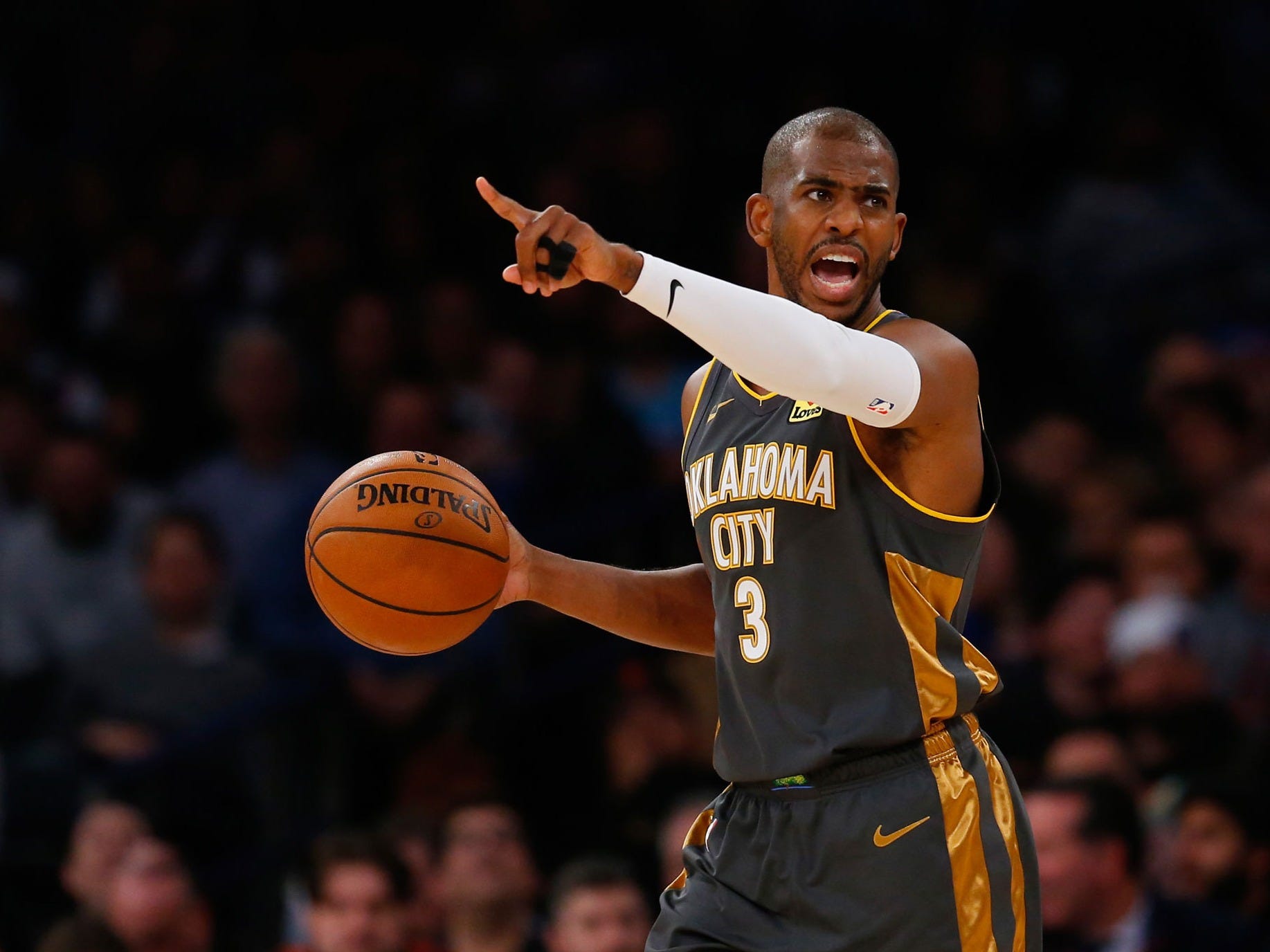 Noah K. Murray-USA TODAY SportsChris Paul was the butt of the joke on Twitter after the NBA announced that there would be an anonymous hotline for players to report rule-breakers.

NBA fans are slowly learning more details regarding the league’s plan to restart the season in a “bubble” at Disney’s Wide World of Sports complex in Florida.

On Tuesday night, fans got their first look at some of the rules, restrictions, and entertainment ideas the league was working to put in place, from which hotels players will be staying in, to how often players will be tested, and the protocols for what would happen should a player test positive.

One detail that immediately caught the collective eye of NBA Twitter was the establishment of an anonymous hotline that players could call to report violations of protocols they saw in Orlando, as reported by Shams Charania and Sam Amick of The Athletic.

The hotline makes sense in theory – the NBA is clearly going a long way to attempt to bring back the season as safely as possible – but when viewed through the lens of NBA Twitter, the jokes came fast and furious, with Oklahoma City Thunder guard Chris Paul as the punchline.

Chris Paul calling the NBA's bubble-violation hotline for the sixth time in one night pic.twitter.com/AvrPiLDXKY

Chris Paul when he sees anything other than players going to the gym and to bed https://t.co/gsCL7luF5F pic.twitter.com/Arctglqnwu

Paul has long been known for his exacting play, but his reputation as a tattletale was cemented during a game earlier this season in which his snitching helped the Thunder secure a win over the Timberwolves.

With just seconds remaining and the Thunder trailing by two, Wolves centre Karl-Anthony Townes was at the free throw line looking to extend his team’s lead. But before he would get the opportunity to shoot, Paul called out to the referees, bringing attention to the fact that Jordan Bell had returned to the floor with his jersey untucked.

“That’s a delay of game!” Paul could be heard shouting, and the officials agreed. And because it was the Timberwolves second delay on the night, it resulted in a technical foul. The Thunder would go on to win the game.

While his history of on-court antics made Paul the butt of most of the jokes made on Tuesday night, other players we’re safe from getting roasted, with LeBron James, D’Angelo Russell, and Gordon Hayward all getting their fair share of punchlines as well.

Chris Paul and D’Angelo Russell when they see each other calling into the hotline at the same time pic.twitter.com/oMJNGDFZLC

“Yes, it was Giannis and Kawhi out with no masks. I’m certain of it” https://t.co/he11tmaqer pic.twitter.com/nus9N1SbqT

We don’t know what the NBA’s hotline will look like in practice yet, but rest assured, if a player winds up getting dinged for failing to properly socially distance, Twitter will be ready with jokes.

We’re getting a better look at the NBA’s ‘bubble’ environment in Disney, and it includes frequent COVID-19 testing, movie nights, DJ sets, and physical-distancing alarms