7 NBA players have tested positive for coronavirus, and one chart shows how quickly it could spread through the league 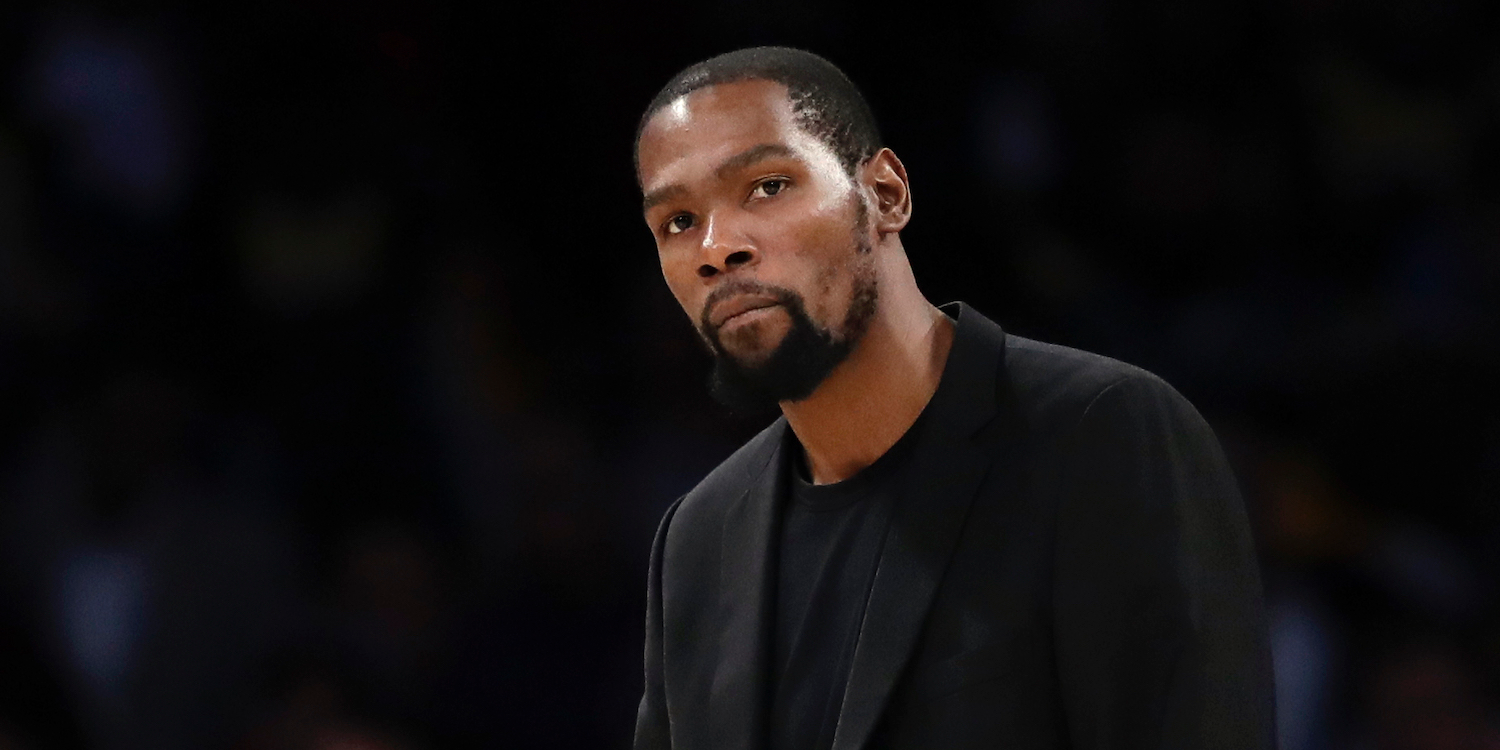 Marcio Jose Sanchez/AP ImagesKevin Durant is one of seven NBA players to test positive for the coronavirus.

The NBA suspended the 2019-20 regular season on Wednesday, March 17, the night that Utah Jazz centre Rudy Gobert tested positive for the novel coronavirus.

Gobert had flown with the Jazz to Oklahoma City to play the Thunder that Wednesday. He had reportedly been feeling well enough to play and planned to until the positive test came back. The game was cancelled after his test came back positive before tip-off.

Since then, six other players have tested positive for COVID-19 – Jazz guard Donovan Mitchell, Detroit Pistons centre Christian Wood, and four Brooklyn Nets players, including Kevin Durant, as the Nets announced on Tuesday. Now, after four Nets players tested positive for the virus, it’s worth looking back at who they previously played. The Nets’ last game was against the Los Angeles Lakers on Tuesday, March 10. Two days before that, they played the Chicago Bulls.

The Los Angeles Times’ Brad Turner reported that the Lakers on Tuesday announced that players would be tested and put into quarantine for 14 days.

One chart showed how all 30 teams are affected by the outbreak, based on which teams have played each other.

All 30 NBA teams can be connected in just the last 5 days.

The NBA made the right decision to suspend this season. pic.twitter.com/jUy3X5zwTj

It’s unclear who on the Nets beyond Durant has COVID-19 and when they may have contracted the virus. Furthermore, some teams have tested their players; no other Jazz players tested positive besides Mitchell and Gobert.

However, some teams haven’t been tested yet, and the number is likely to grow. Golden State Warriors GM Bob Myers told reporters on Tuesday that the team was told not to test asymptomatic players because of the limited availability of testing.

On average, one person infected with COVID-19 infects 2-2.5 more people.

ESPN’s Adrian Wojnarowski reported on Sunday that the NBA is bracing for a mid-June return at best.