NBA's Karl-Anthony Towns says when he had COVID-19, his father feared every phone call would be his last 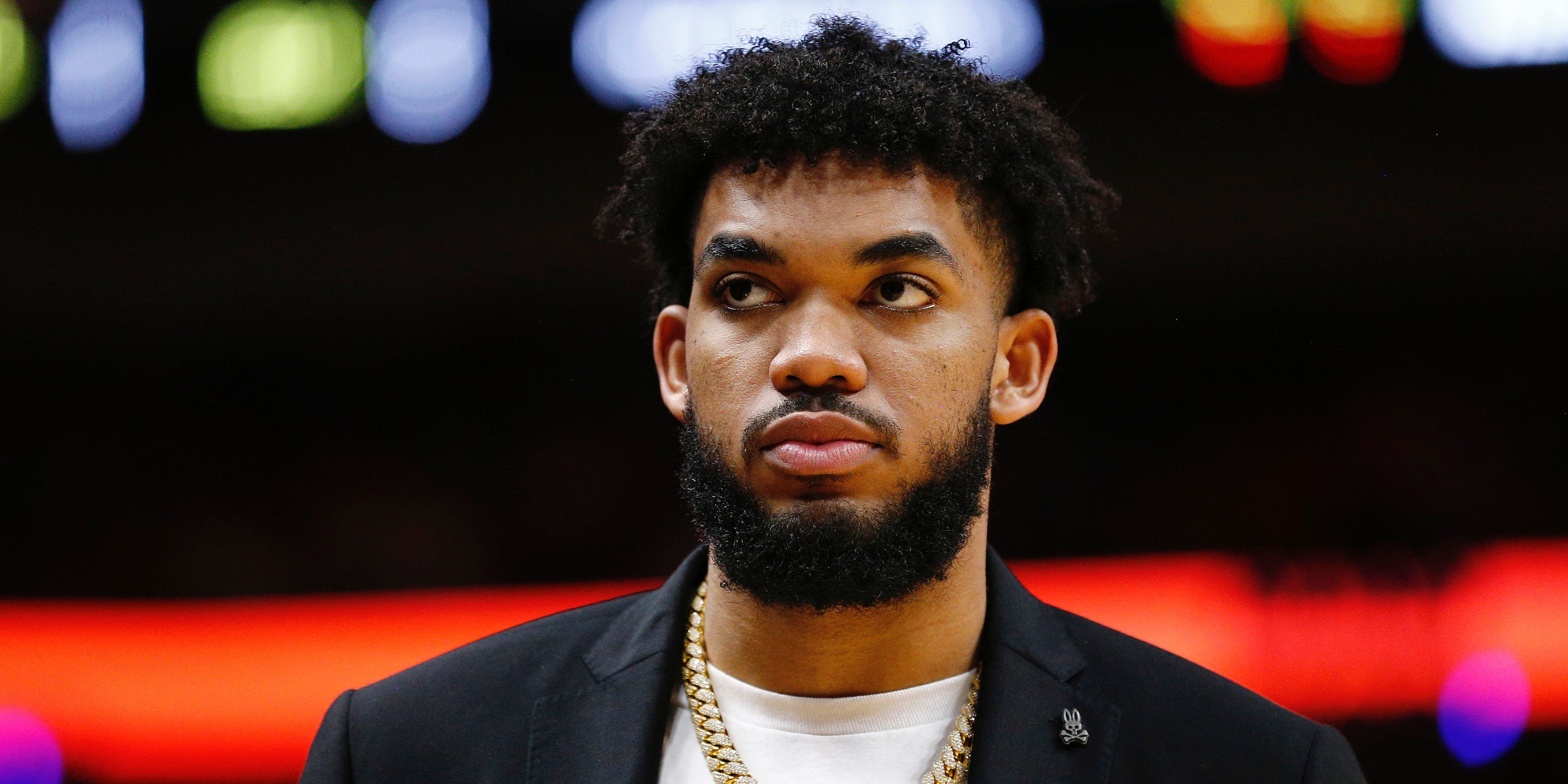 Michael Reaves/Getty ImagesKarl-Anthony Towns #32 of the Minnesota Timberwolves looks on against the Miami Heat during the second half at American Airlines Arena on February 26, 2020 in Miami, Florida.

NBA star Karl-Anthony Towns has opened up about his experience with COVID-19, saying he had some “scary nights” because of underlying health conditions.

Towns, a centre for the Minnesota Timberwolves, told reporters in a post-game interview on Wednesday that he was a “high-risk” case and that his father feared every phone call would be their last.

“I was worried at points early on because of how serious everything got,” he said, according to USA Today. “My vitals weren’t well. I had a lot of underlying conditions that didn’t play in my favour genetically as well. The amount of virus I had in my body was not healthy whatsoever.”

Towns tested positive for COVID-19 in January. He previously lost his mother and six other family members to COVID-19, and his father also contracted and recovered from the virus.

“I just have been through so much that it numbs you a lot to stuff,” Towns said in the post-game interview, according to USA Today. “I just have seen tragedy in my life all the time.”

Towns said he relied on his faith to help him through hard times over the last year, and leaned on his girlfriend, Jordyn Woods.

He returned to his team on Wednesday night for a game in which the LA Lakers beat the Timberwolves 119-112.

Towns took nearly a month off from basketball while recovering from COVID-19, and said he felt guilty about the treatment he received while he was out.

“I feel that should be more widely available to Americans, to anyone in the world. I felt very guilty even getting something that could help me more just recover, stay healthy, stay alive,” he said, according to ESPN. “There is such mental strain through all this time, a feeling of guilt because of the resources I have, and I wish I could spread these resources with as many people as possible.”

Towns has donated $US100,000 to the Mayo Clinic to support COVID-19 testing efforts, and urged people to “be safe” when it comes to the virus.

“Think of others before yourself. Wear the mask. Do your part,” he said. “If you really hate this disease and this virus, then help us end it. Help us stop the spread of it. Wear one of these. Go about your day. Be smart. Be intelligent and be responsible. It’s as simple as it gets.”