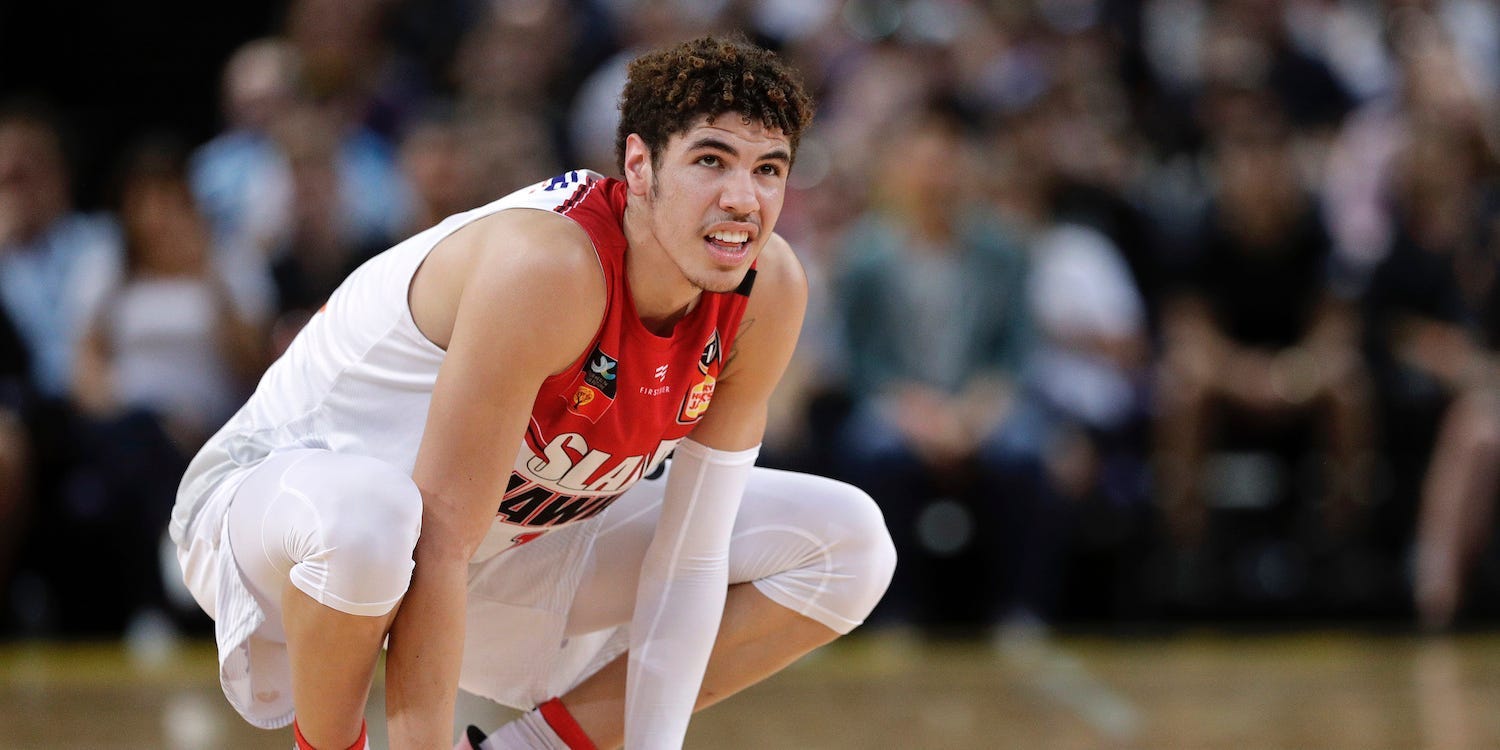 Rick Rycroft/AP ImagesLaMelo Ball is considered the top prospect in the 2020 NBA draft.

As the NBA draft approaches on November 18, there seems to be only tepid excitement from NBA teams about the top prospects.

There has long been a sentiment that this is a weaker draft class, lacking prospects who project as sure-fire superstars. Of course, there could be meaningful contributors throughout the class, but the top doesn’t have the same appeal as other years.

Three players project as the top three picks and there doesn’t seem to be much excitement about any of them.:

The Minnesota Timberwolves and Golden State Warriors, who own the No. 1 and No. 2 picks in the draft, respectively, are both shopping their picks in hopes of getting later picks, future picks, and a veteran to help their teams now.

The problem is, there doesn’t appear to be many teams interested in giving up much to trade up to the top two picks.

“I think what’s happening is the teams outside the top 10, they look at these top three guys â€” LaMelo, Anthony Edwards, and James Wiseman â€” and they’re scared s—less,” ESPN’s draft expert Jonathan Givony said on “The Lowe Post” podcast. “They’re like, ‘We want no part of those guys, and we would be petrified to make that pick.'”

Consider some pre-draft evaluations on the three prospects.

The Athletic’s John Hollinger, who worked with the Memphis Grizzlies, wrote of Ball: “There are still warts here, relative to the top pick in most drafts: His jumper is shaky at best, he needs to dial up the defence, and from what I’ve heard his interviews were somewhere between mediocre and flat-out bad.”

Hollinger wrote of Edwards: “Teams aren’t sold on Edwards. They know he’s talented, but the shaky J, blah workout, and some very iffy background reports make everybody nervous as hell. I can’t find anybody excited to pick him, and that makes me wonder if he could slip.”

Wiseman is considered raw and needs time to develop. He also plays a position (centre) on shaky ground in the NBA, and if he can’t prove to be a plus-defender or capable of playmaking or shooting, he may find himself on the outs in a league that demands particular skills from big men.

There is interest in the top prospects, but no one knows how the draft will play out

It is not as if no one is interested in the top players; the interest is just different from usual. 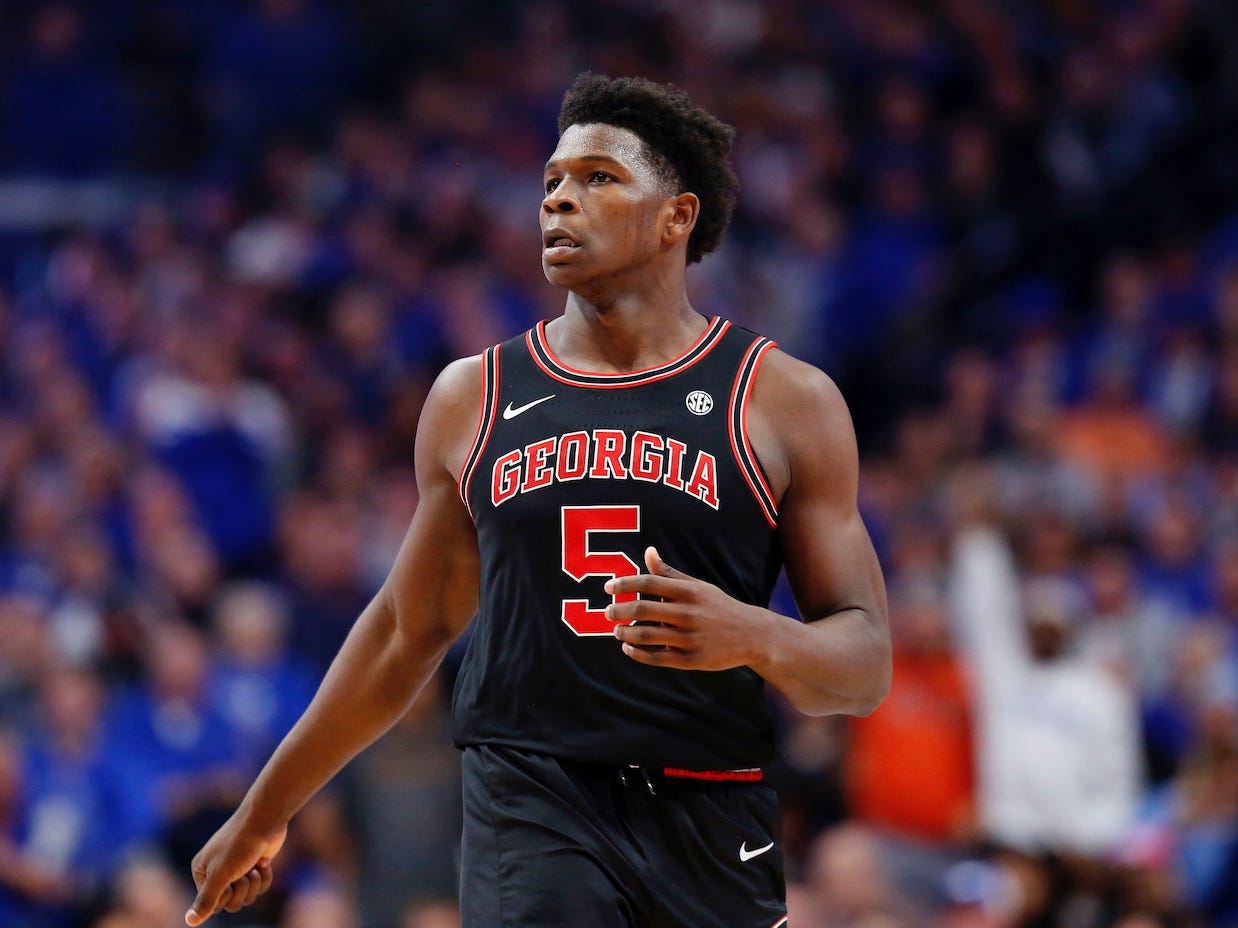 As Zach Lowe noted on his podcast, it is almost unprecedented to have the top two teams in the draft trying to trade out of their picks. The prices of trading up are also different from other years.

According to Givony and Schmitz, Ball appears to the No. 1 pick, and many teams operate that way. Givony and Schmitz said there are teams in the top 10 in the draft interested in trading up to get Ball or the No. 2 pick.

The Chicago Bulls, at No. 4, are the wild card. It’s unclear what they could trade to Minnesota or Golden State to move up. The Wolves likely aren’t interested in getting Zach LaVine back, and the Warriors don’t need a volume scoring guard. The Bulls are reportedly not keen on trading third-year centre Wendell Carter Jr., and fourth-year forward Lauri Markkanen doesn’t appear to be on the table.

The New York Knicks would like to move up if Ball slips, according to Hollinger, but may balk at including players like Mitchell Robinson or R.J. Barrett in a deal.

The same logic can be applied to teams like the Charlotte Hornets, Cleveland Cavaliers, Detroit Pistons, Washington Wizards, and more â€” there is interest in moving up, but only at a certain price.

According to Givony, teams are also hesitant to include first-round picks in 2021 because it is expected to be a “loaded” class, with several potential stars.

It is worth noting that, according to Givony, the Wolves have gotten offers for the No. 1 pick that he would deem pretty good. They may end up keeping the pick, however, and selecting the best player.

The coronavirus pandemic upended the NBA calendar. Teams have had months to analyse the draft but have very little information, in part because the pre-draft process has changed and in part because of the strange nature of the class.

“People within the league are tired of this draft class,” Lowe said. “They’re ready to move on.”