The NBA draft is 27 days away, and experts have no clue how the top picks will unfold 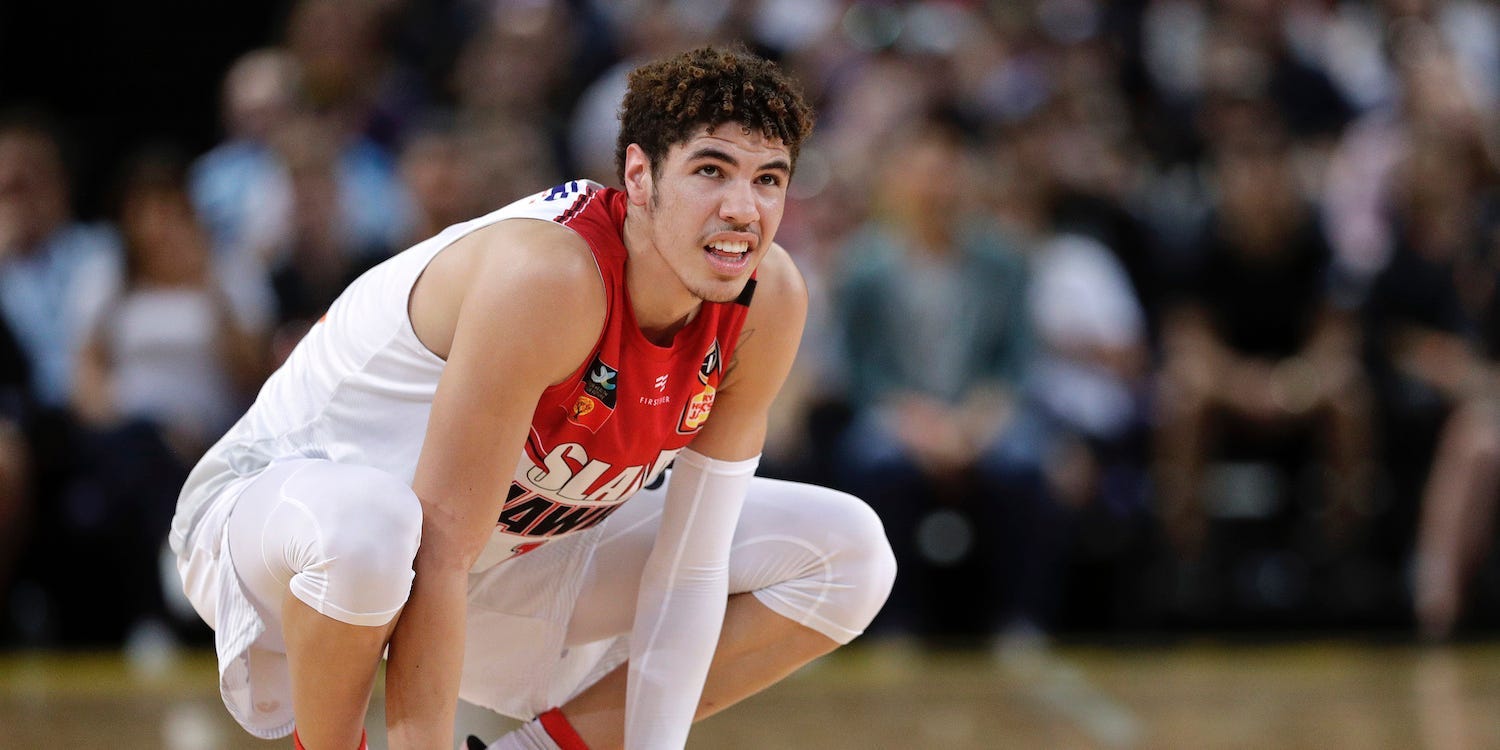 As the 2020 NBA draft approaches (November 18), there is little consensus on who the top picks are and how the draft will unfold.

The 2020 draft class isn’t considered especially strong. The lack of consensus on which prospects should go to which teams has muddled mock drafts from draft experts.

We found that in the top five picks, where consensus is normally the strongest, there is little certainty. Here’s what the experts are currently predicting, with the number of experts picking players for that pick.

Ball is the most intriguing prospect in the draft for this creativity and otherworldly passing vision. Yet there are concerns about his shooting form, shot selection, decision-making, and defence. He might overlap with D’Angelo Russell, who the Wolves traded for in February. 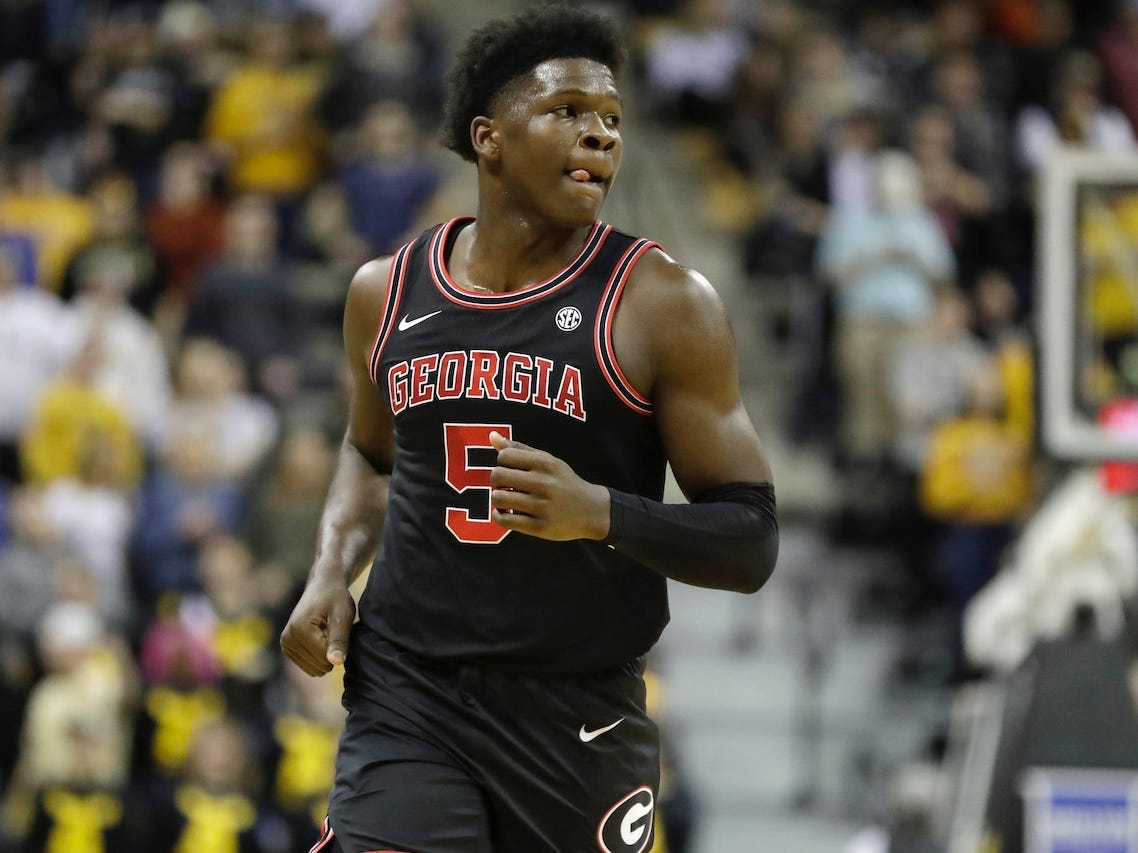 Edwards, meanwhile, might be a better fit next to Russell, though it’s not seamless. According to Woo, Edwards has high potential, but is inconsistent, lacks defensive attention, and may not impact winning all that much. He’s the most all-around player of the top prospects, but not a sure thing.

If Ball went No. 1, the Warriors could take Edwards, perhaps the best all-around prospect in the draft. But with Stephen Curry and Klay Thompson, Edwards may not be what the Warriors need to get back to title contention. 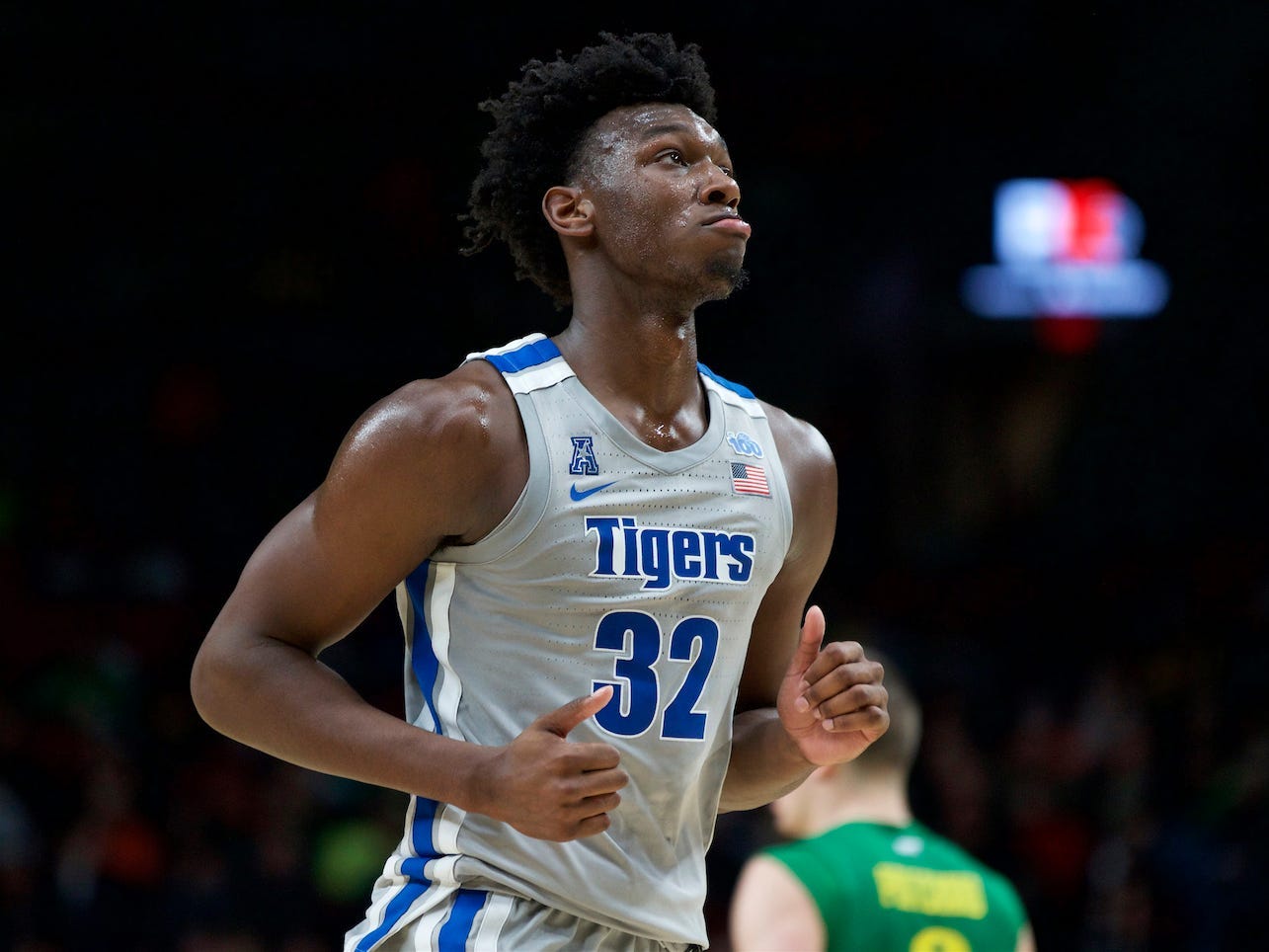 Wiseman was considered the best prospect in college basketball but had his college season shortened because of eligibility issues. His game is raw, and though the Warriors need a centre, he may not be able to step in and help the team immediately.

O’Connor writes that Avdija might be the most natural fit for the Warriors as a big, versatile forward, but he hasn’t been a good shooter, and his lack of athleticism could be a problem at the NBA level.

ESPN’s Zach Lowe said on his podcast recently that the Hornets want a centre. That could make Wiseman a perfect fit for a rebuilding team. Of course, he’d have to make it past the Warriors at 2.

Edwards would also fit the Hornets’ needs, as they have some solid young pieces in Devonte Graham, Miles Bridges, and P.J. Washington, but no centrepiece to build around. However, Edwards would need to fall past 1 and 2 to make it to the Hornets.

Ball might be less of a natural fit with the Hornets, given Graham’s development in 2019-20 and the Hornets signing Terry Rozier to a three-year contract. But the Hornets need talent, Ball could split ball-handling duties with Graham, and he’d be a star presence Charlotte needs.

The Hornets are in a good position to scoop up whichever top-three player falls to them. It’s just unclear who that might be.

Avdija is the popular pick for the Bulls because of his fit on the roster and new Bulls president of basketball operations Arturas Karnisovas’ international scouting history.

Toppin is an athletic forward who has some offensive versatility that could help the Bulls. Hayes is considered one of the most dynamic play-making guards â€” a need for the Bulls â€” in the draft but is a bit raw. Both players might be reaches at No. 4. 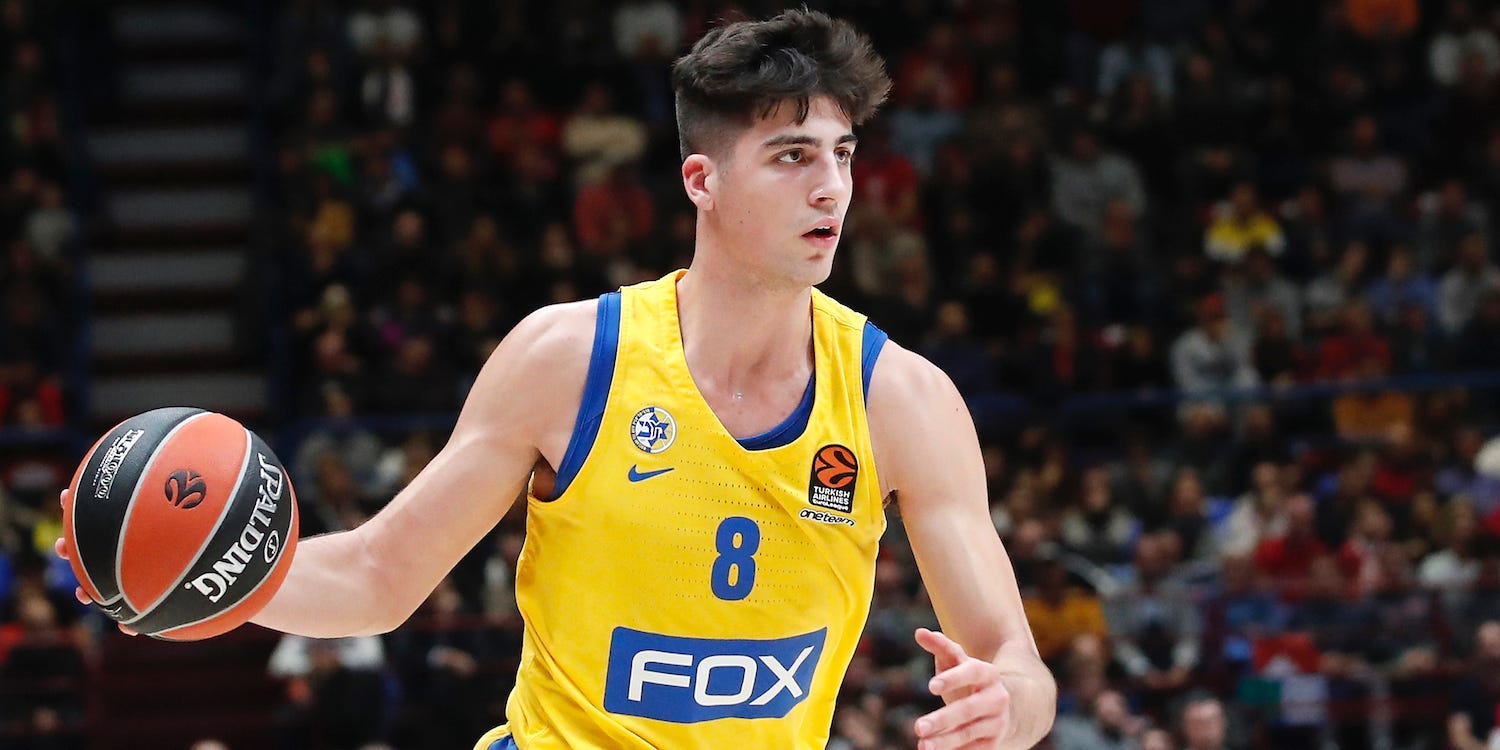 The Cavs invested in their back-court the past two drafts. They could use Toppin (or Avdija or Wiseman if they fall down the draft) to fill out a veteran front-court that consists of Kevin Love (expected to be traded), Andre Drummond (a year away from free agency), Larry Nance Jr., and the free agent Tristan Thompson.

The rest is muddled

Things get murkier after the top five of the draft.

Eight different players are currently projected to be selected with picks 5-10. In most years, most experts might agree on a certain player going to a certain time. Of the six mock drafts we consulted this year, no more than three experts picked the same player to be drafted with a certain pick. There’s little consensus.

Further muddying the picture, two mock drafts we consulted predicted trades later in the lottery, a possible sign that teams in the top 10 might be ambivalent about drafting high up in this draft.

Trades could stall out

There are indications that both the Wolves and Warriors would like to trade their picks to move down in the draft. The problem may be finding deals that work for two sides. 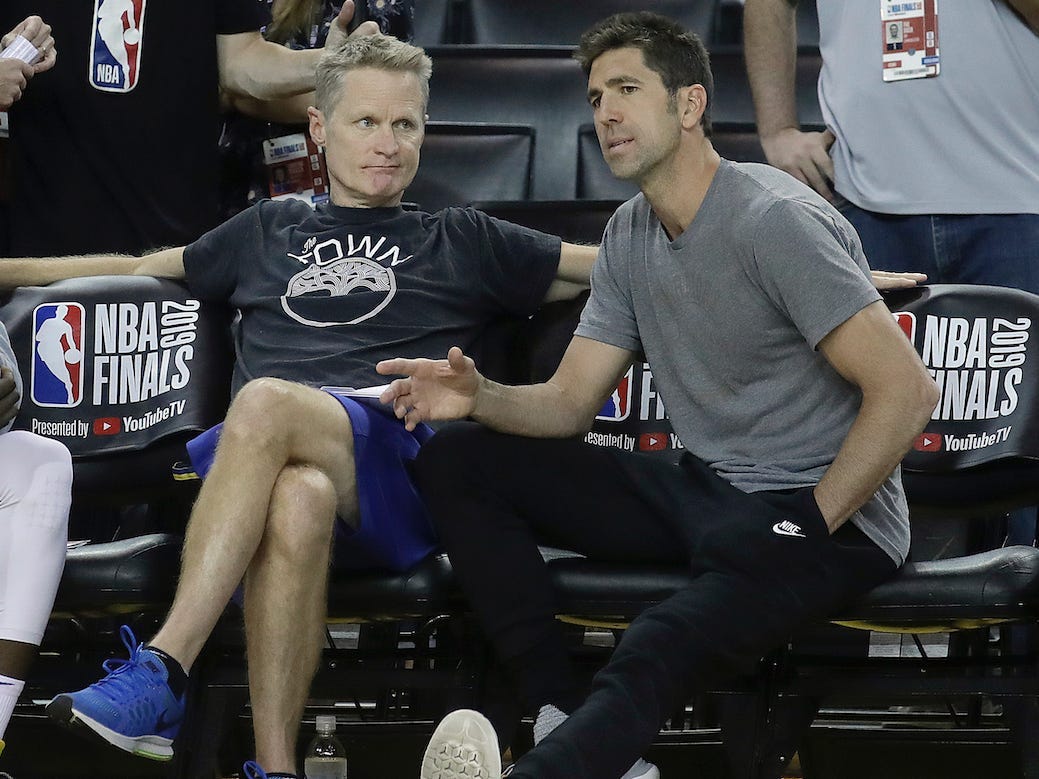 Both the Wolves and the Warriors may have trouble finding teams willing to pay a steep price to move to the top of a draft that’s considered weak. Vecenie wrote that many teams feel that while the top of the draft is seen as weak, it’s considered a deep draft, with potential contributors available with later picks.

Woo wrote, “You’d be hard-pressed to find anyone in the NBA enamoured with the challenge that accompanies selecting first in this draft.”

On the opposite end, neither the Wolves nor Warriors may be all that interested in moving the No. 1 or No. 2 picks for a mediocre trade package. Hypothetically, would a package consisting of a later pick and a veteran player be enough to convince one of those teams that it’s worth trading the top picks in the draft?

Teams will certainly call about the No. 1 and No. 2 picks, but will the offers be enough for either the Wolves or Warriors to justify trading out of the top of the draft?