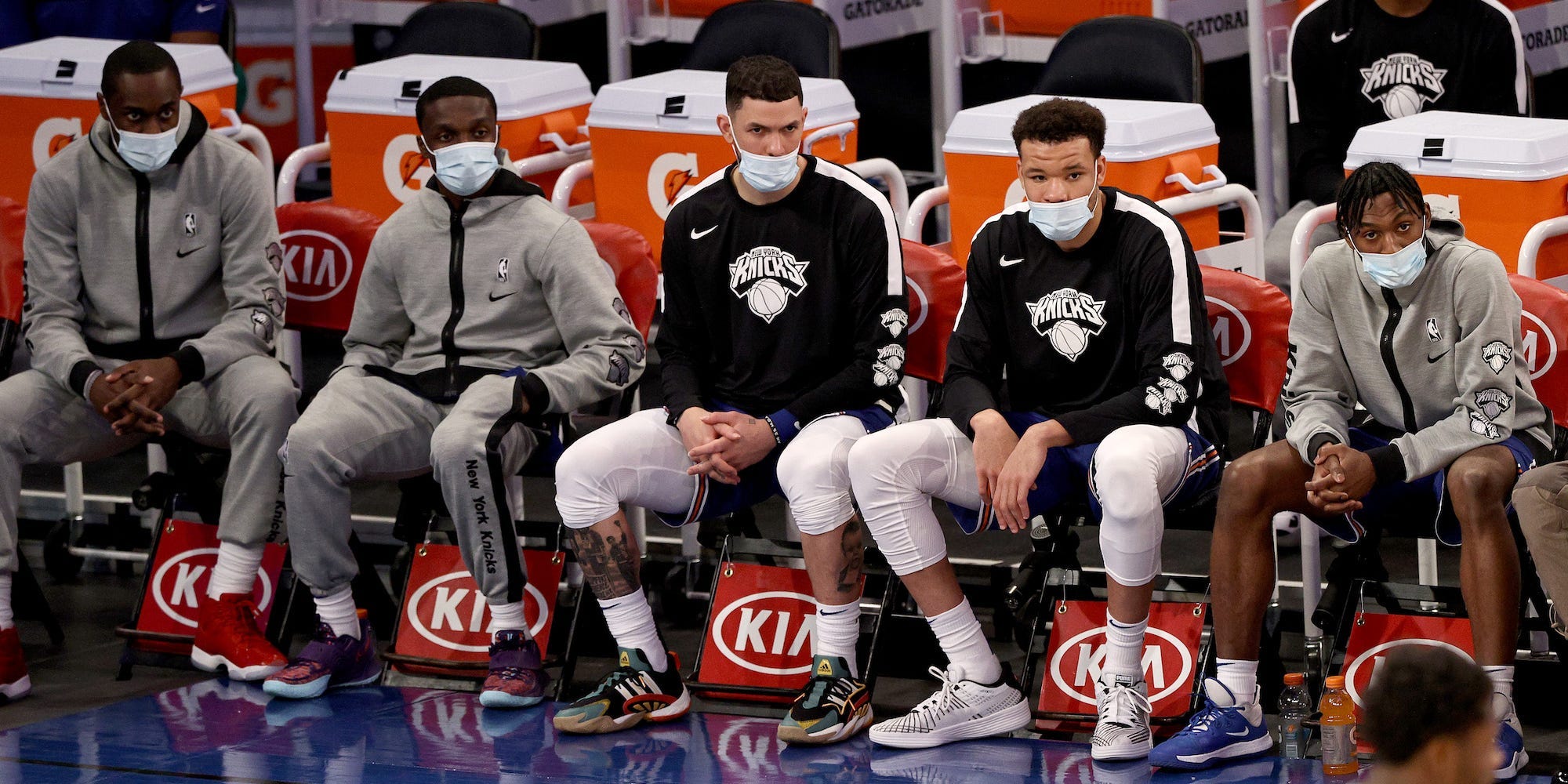 The NBA, like MLB and the NFL before it, is attempting to conduct its 2020-21 season outside of a bubble. The early results are not encouraging.

Seven games have been postponed through 24 days of the season, including two Tuesday night and one on Wednesday, due to teams not having enough players between injuries and COVID-19 protocols. 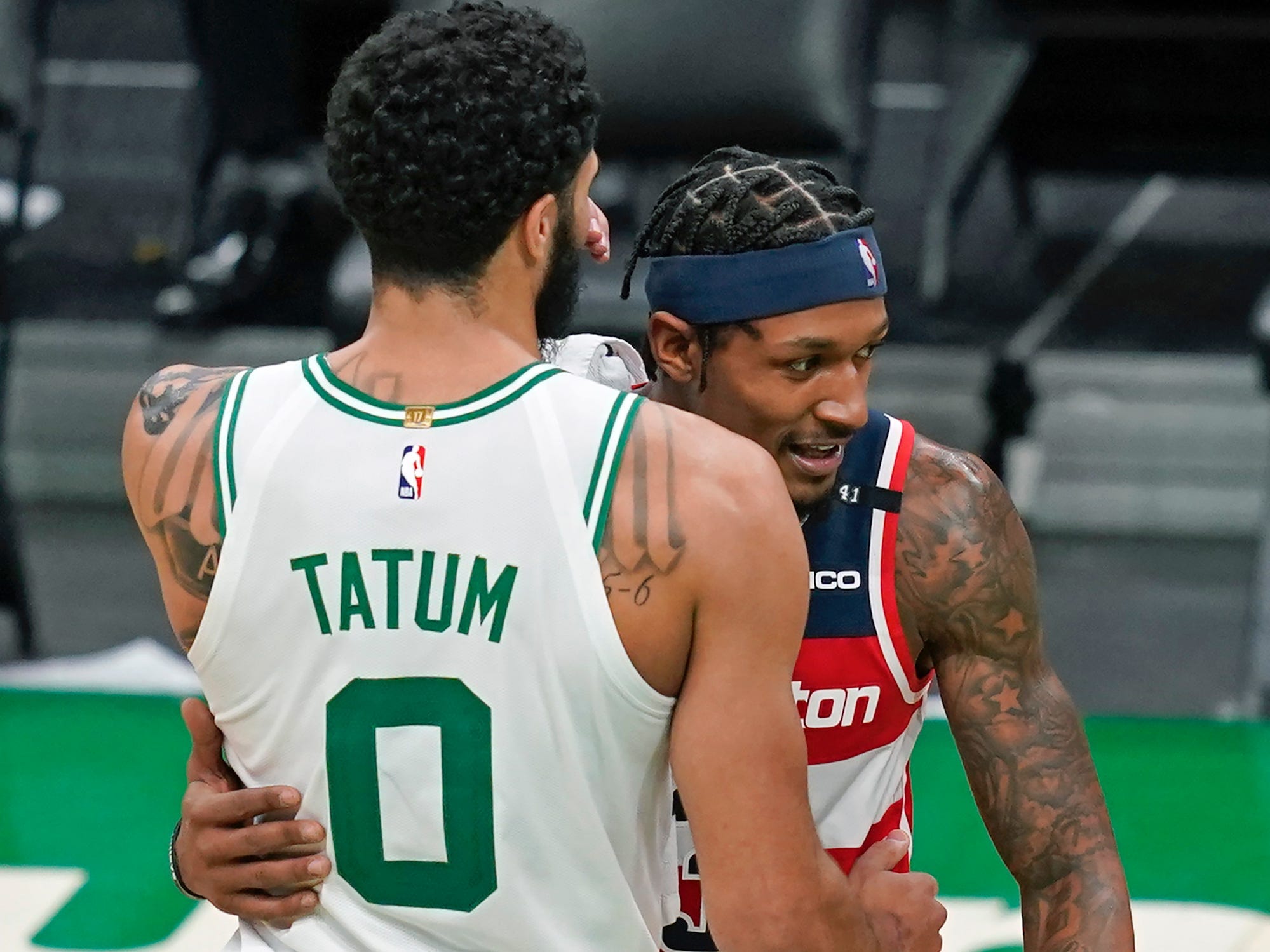 A third game on Tuesday, between the Philadelphia 76ers and Miami Heat, was played with only eight Heat players available â€” the minimum requirement to play a game. Seven Heat players were inactive due to injury or COVID-19 protocols.

The scene between the Heat and 76ers has become a familiar one this season: the 76ers recently played a game with only eight available players. The 76ers head coach Doc Rivers told reporters he didn’t believe the game should be played. The Boston Celtics and Dallas Mavericks have also played games short-handed.

On Tuesday, the NBA and players union announced new, stricter protocols to slow the spread of the novel coronavirus within the league. The rules include more mask-wearing during games and away from the court, more space during travel, and fewer interactions during the game, such as hugging after games or high-fiving between free throws. The new rules also call for players to stay home or in their hotels except for team business at arenas or team facilities and emergencies. Players are no longer allowed to go out to pre-approved restaurants or bring non-team guests to their hotel rooms.

The new rules were met with mocking around the NBA world.

This will def stop cooties not sure about the virus https://t.co/tMkd2u4fhj

they're trying to recreate the bubble without actually creating another bubble, which was, yknow, the most important part https://t.co/r0NCEXsHg6

On Tuesday, Oklahoma City Thunder guard George Hill openly defied the new rules and questioned if the NBA should be playing.

“I’m a grown man. I’m gonna do what I want to do,” Hill said. “If I want to go see my family, I’m going to go see my family. They can’t tell me I have to stay in a room 24/7. If it’s that serious, then maybe we shouldn’t be playing. But it’s life; no one’s going to be able to just cancel their whole life for this game.”

Hill added: “I don’t understand some of the rules. We can sweat 48 minutes with a guy next to us for 48 minutes, but we can’t talk to them afterwards. It makes no sense.”

Another bubble was “untenable,” but the current setup may be, too

In a December media call, NBA Commissioner Adam Silver said the prospect of another “bubble” like the NBA ran in Disney World to finish the 2019-20 season was “untenable.”

Indeed, those involved in the bubble process bemoaned the isolation, lack of freedom, and repetitiveness of the schedule. It wasn’t just the players â€” there were coaches, training staff, and league employees all separated from family for large chunks of time, confined to hotel rooms and resort grounds. 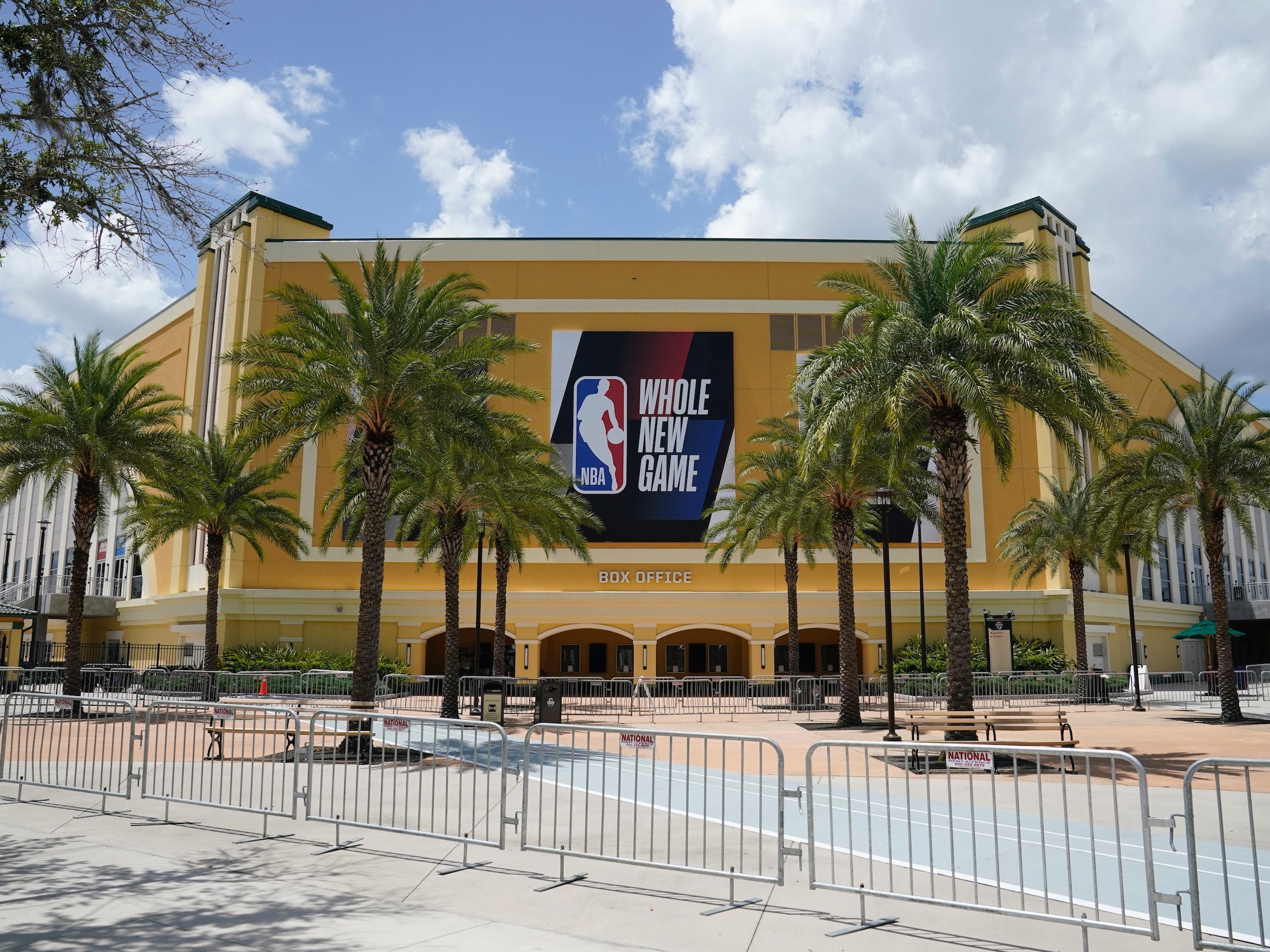 AP Photo/Ashley LandisOne of the arenas of the NBA’s bubble in Disney.

The New York Times’ Marc Stein reported on Tuesday that the league initially proposed regional bubbles to reduce travel, at least until the COVID-19 vaccine is more widely available. The players union shot the idea down.

The NBA expected that the early part of the season would bring cases and postponements. The league has not yet announced the second half of the schedule to keep flexibility to make up lost games.

The Athletic’s Shams Charania reported that Silver told the players that he projects circumstances to improve in February. The idea of pausing the season was not even brought up. Stein noted that the league is “determined” not to pause the season.

Yet, there are reasons to believe that the NBA’s current situation is likely to continue, even into the spring when vaccines may be more widely available. Unlike football and baseball, all NBA games are played indoors, in close contact. The NBA schedule rivals MLB’s in the frequency of games, but baseball is primarily played outdoors, with less contact between players.

The behaviour of the NBA’s population may be a factor, too.ESPN’s Brian Windhorst said on the “Hoop Collective” podcast on Monday that much of the NBA has had the novel coronavirus, and their lifestyles reflect it.

“There’s a lot of NBA players who have had COVID,” Windhorst said. “In stories I wrote before the start of the season, from talking to people, people were saying they thought, they were guestimating, around 30%. It’s probably significantly higher than that.

“As a result, there are players who have antibodies and are living their life, and even people in their family, differently than those who don’t.”

Windhorst added: “It’s hard enough to get these guys to live under the restrictions they’re putting on them anyway … Some of the guys feel like, ‘If I get this, I’ll be sick for a few days and I’ll be fine.'”

This was the case with James Harden, who skipped the start of Houston Rockets training camp to attend rapper Lil’ Baby’s birthday party. Videos on social media showed him maskless in a large gathering, and he faced a week of quarantine and negative tests before he was allowed to return to the floor.

Brooklyn Nets guard Kyrie Irving is facing a similar situation.Irving has been away from the team for “personal reasons.” He also was recently seen in videos posted to social media at a mask-less gathering that appeared to be a birthday party. The NBA is now investigating the video, but Irving faces quarantine when he returns to the team and must return negative tests.

These lengthy lay-offs also increase injury risk, as players will have to work out on their own, then return to the team. In some cases, the one- or two-week self-isolation periods could be extended if players fall out of shape or suffer an injury while ramping up to gameplay.

The NBA’s new protocols are set to last for two weeks. Without a significant improvement in the situation, the league may have to face pausing. However, that is not without risks also. According to Stein, the NBA believes players are as likely to contract the virus away from the game as they are with the season in session.