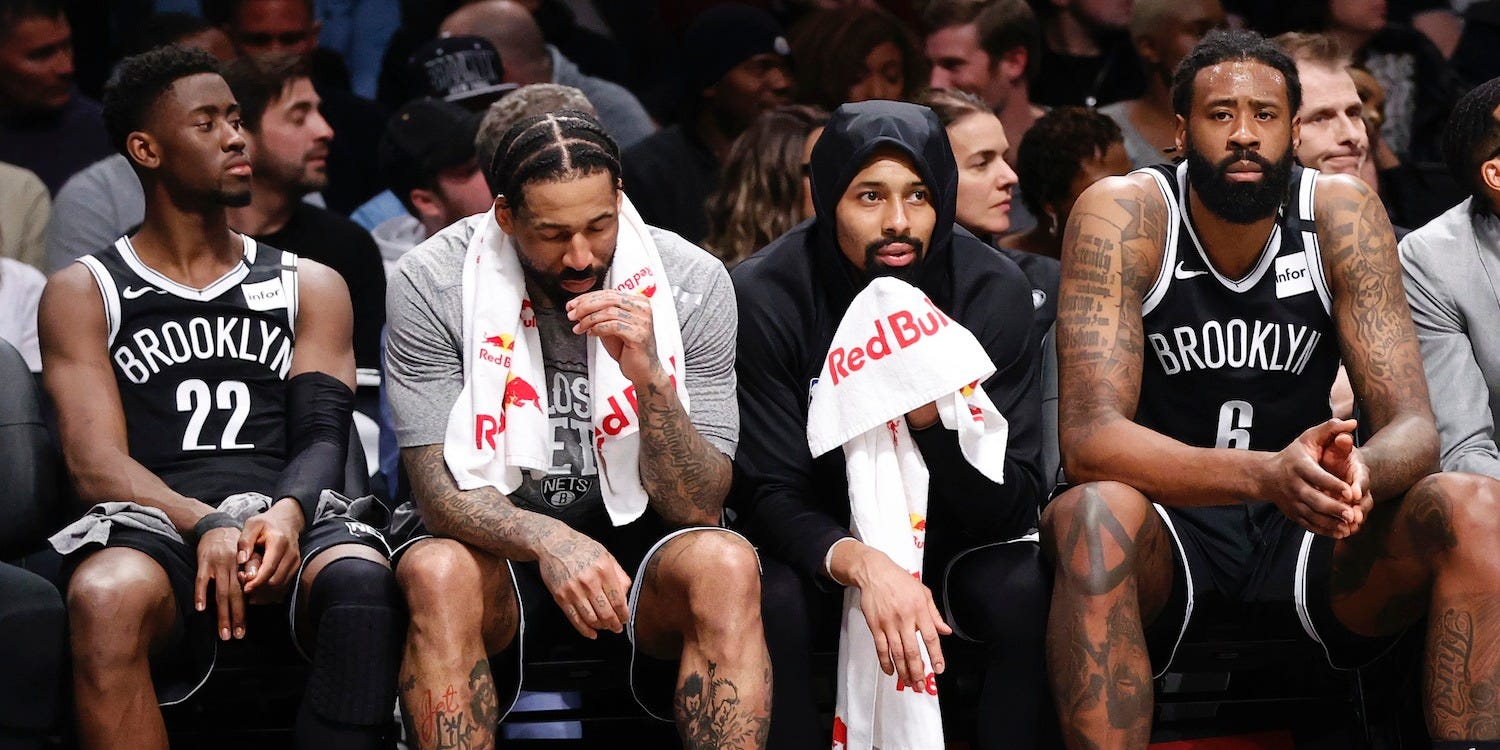 Paul Bereswill/Getty ImagesWilson Chandler (second from left), Spencer Dinwiddie, and DeAndre Jordan are all sitting out of the NBA’s restart.

When the NBA season resumes in a “bubble” in Disney World, the Brooklyn Nets and Washington Wizards look set to compete in a playoff race “race” that raises questions about the wisdom of the league’s restart format.

Thanks to a series of COVID-19 cases, injuries, and opt-outs, the Brooklyn Nets and Washington Wizards, separated by six games in the standings, will bring shells of their teams to Disney World.

The Nets will be without Kyrie Irving (shoulder), Spencer Dinwiddie (COVID-19), DeAndre Jordan (COVID-19), Taurean Prince (COVID-19), and Wilson Chandler (opting-out). Kevin Durant, who has missed the entire season with a torn Achilles, will also not return.

Meanwhile, the Wizards will be without Bradley Beal (shoulder) and Davis Bertans (opting out), while John Wall, who has been out the whole year, also won’t return. On Thursday, Gary Payton II and Thomas Bryant both tested positive for COVID-19; it’s unclear if they will join the team at a later date. 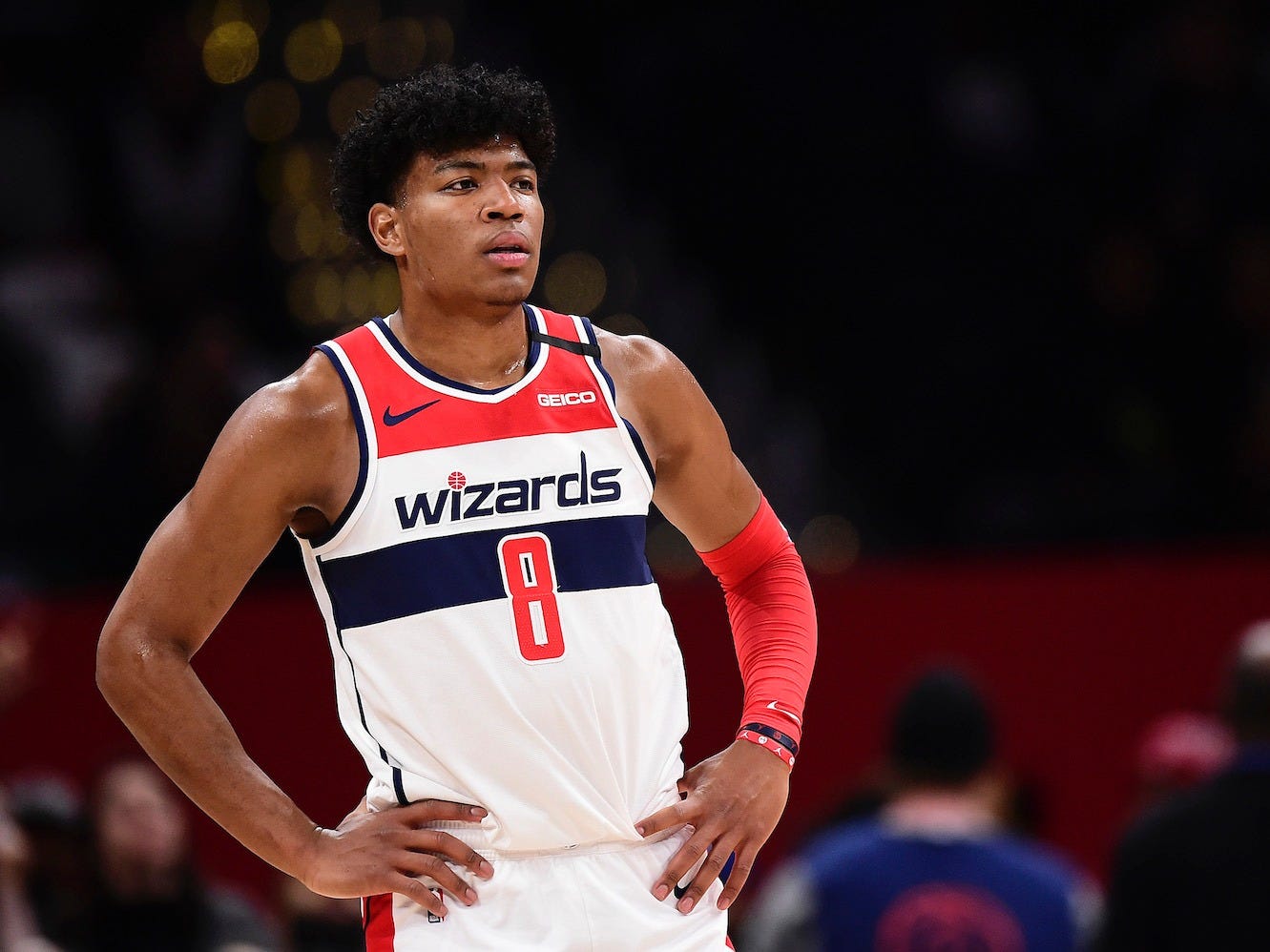 Patrick McDermott/Getty ImagesRui Hachimura is the only one of the Wizards’ top-five scorers set to play in Disney.

The Nets, to fill some roster spots, have signed Jamal Crawford and Michael Beasley. While both are talented, beloved players, neither have played an NBA game in over a year.

The Orlando Magic sit in eighth place, they have nearly a full squad in Disney and could easily climb into seventh place.

The Nets and Wizards will likely compete for eighth place and a chance to be swept out of the playoffs by the league-best Milwaukee Bucks. If they finish within four games of each other after eight regular-season games, they will play a “play-in” tournament to determine the eighth seed.

Some have criticised the NBA’s format

The NBA had to juggle several competing issues when deciding on the format for resuming the season: whether to play regular-season games, TV contracts, the safety of bringing more people into the bubble during the coronavirus pandemic.

They ultimately decided to bring 22 teams, all within playoff contention, to play eight “seeding” regular-season games and then advance to the standard playoff format. The play-in tournament is sort of a trial run at a long-discussed idea to increase interest in the playoffs.

However, by including teams like the Wizards and Phoenix Suns in the West, the NBA included an extra two teams who had little shot at the playoffs. With each team bringing travelling parties of 37 people, that means an additional 74 people are entering the bubble.

Some thought the league should just go right to the playoffs – bring 16 teams, with the standings as is, play the postseason, and get out.

Playing eight more regular-season games with 22 teams not only helps more teams make back some money they lost while the league was suspended, but it will also help fulfil some local TV deals. The more games, the more revenue is involved. 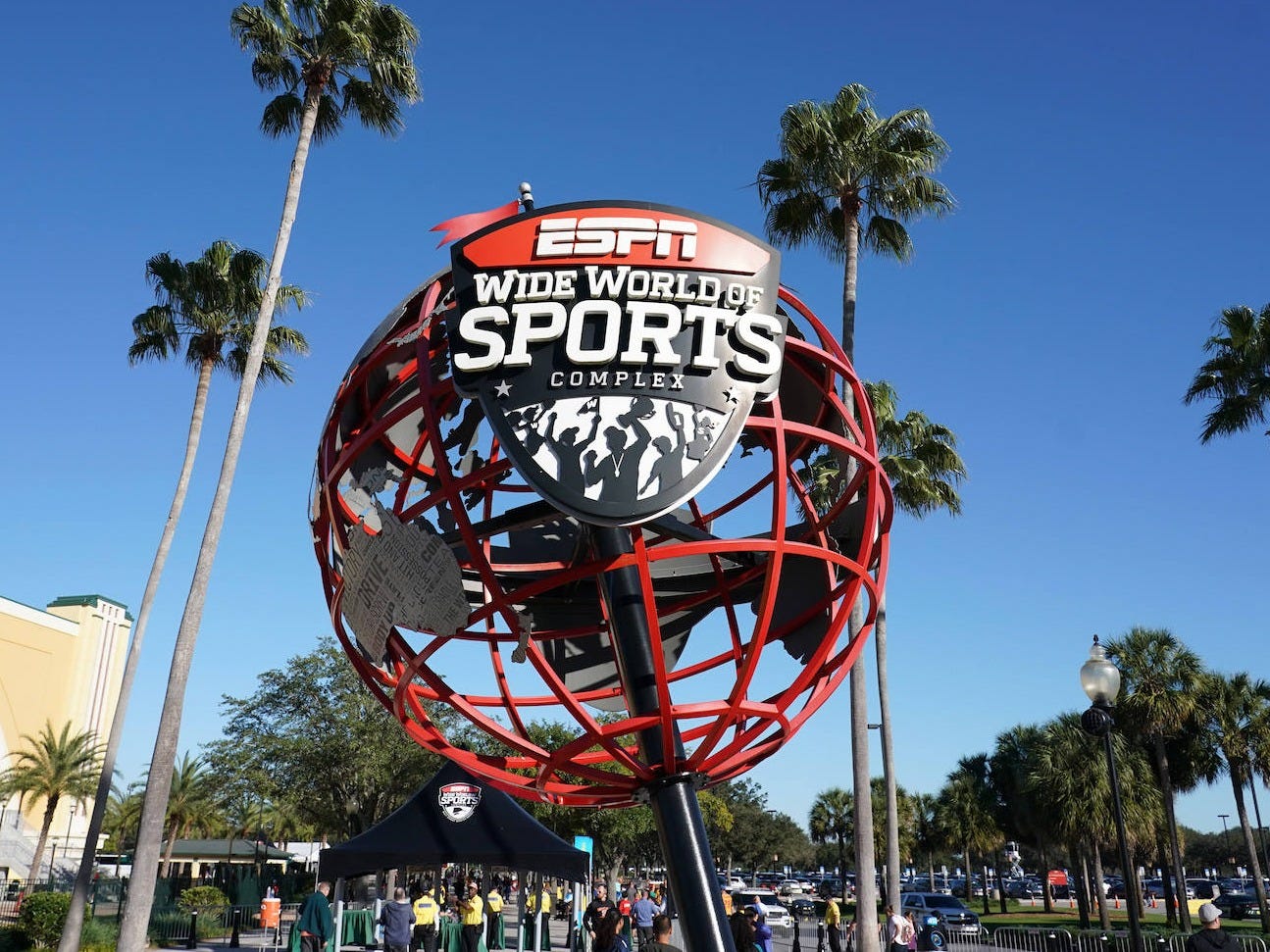 The format of the season wouldn’t affect whether players tested positive for COVID-19, but it could change the circumstances for some of these teams. If the Wizards were not invited to the bubble, the eight Eastern Conference playoff teams would be decided, and there would be fewer people entering the bubble.

The Nets would still be entering the bubble short-handed, but at least their stay would be shorter. The Nets travelled to Orlando on Tuesday. Their regular-season games conclude on August 13. If they make the playoff, that stay may be extended another two weeks. That could mean up to seven weeks, isolated, without their families, for what are now essentially meaningless games.

If the season went straight to the playoffs, the Nets would be there, nonetheless, but their stay would be several weeks shorter. With many players expressing concern about being away from their loved ones for weeks at a time, those extra few weeks could make a big difference.

“Going in there for a month or a month and a half before you see your family, that’s gonna be tough,” Giannis Antetokounmpo recently told reporters.

Additionally, the product is going to suffer – a concern of the NBA’s. ESPN previously reported in May that the league was sensitive to the idea of putting on an inferior product when games finally resumed after such a long layoff. That almost certainly would have been the case with the teams at the bottom of the standings if all 30 clubs returned to play. It will likely be the case now with the Nets and Wizards, and there will be little payoff for either team to have entered the Disney bubble.