The NBA bubble has rolled out some wild technology to help keep players, coaches, and staff COVID-free — including a $300 smart ring that can monitor biometric data 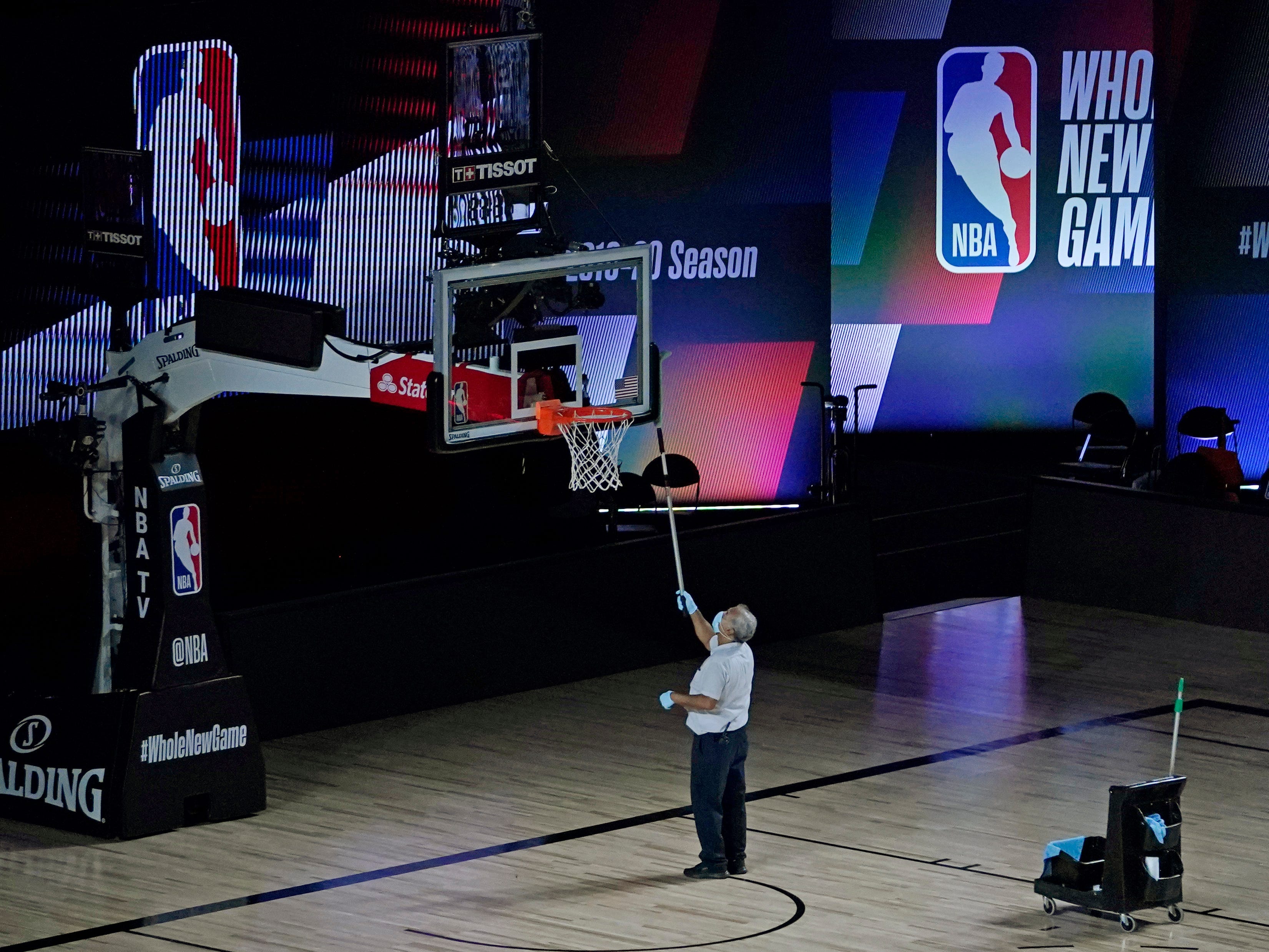 The health and safety protocols that the NBA has implemented since its season restarted in late July include many of the measures you may expect, such as regular testing, frequent disinfecting of basketballs and courts, and limitations on who players can come into contact with.

But the NBA has also been making use of high-tech gadgets like smart thermometers and connected pulse oximeters to monitor players’ and staff health. as USA Today first reported in mid-July.

It appears to be working. The NBA announced on August 19 that none of its 341 players had tested positive for COVID-19 for the fifth week in a row. The NBA’s “bubble” at Walt Disney World in Orlando, Florida, has been without a coronavirus case since games started in late July.

That might change. The league will start to allow some guests into the complex on August 31, according to a memo sent to teams and obtained by ESPN earlier this month. The potential strain on the bubble means players, coaches, and staff will be relying even more heavily on their strict protocol – and those high-tech gadgets.

Among the most interesting of those gadgets is a $US300 smart ring called Oura that’s capable of measuring body pulse, activity, heart rate, and skin temperature. About 25% of players, coaches, and staff have been using the ring on a daily basis as they sequester in the NBA’s bubble, spokesperson Joanna Shapiro told Business Insider. This number has not been reported previously. 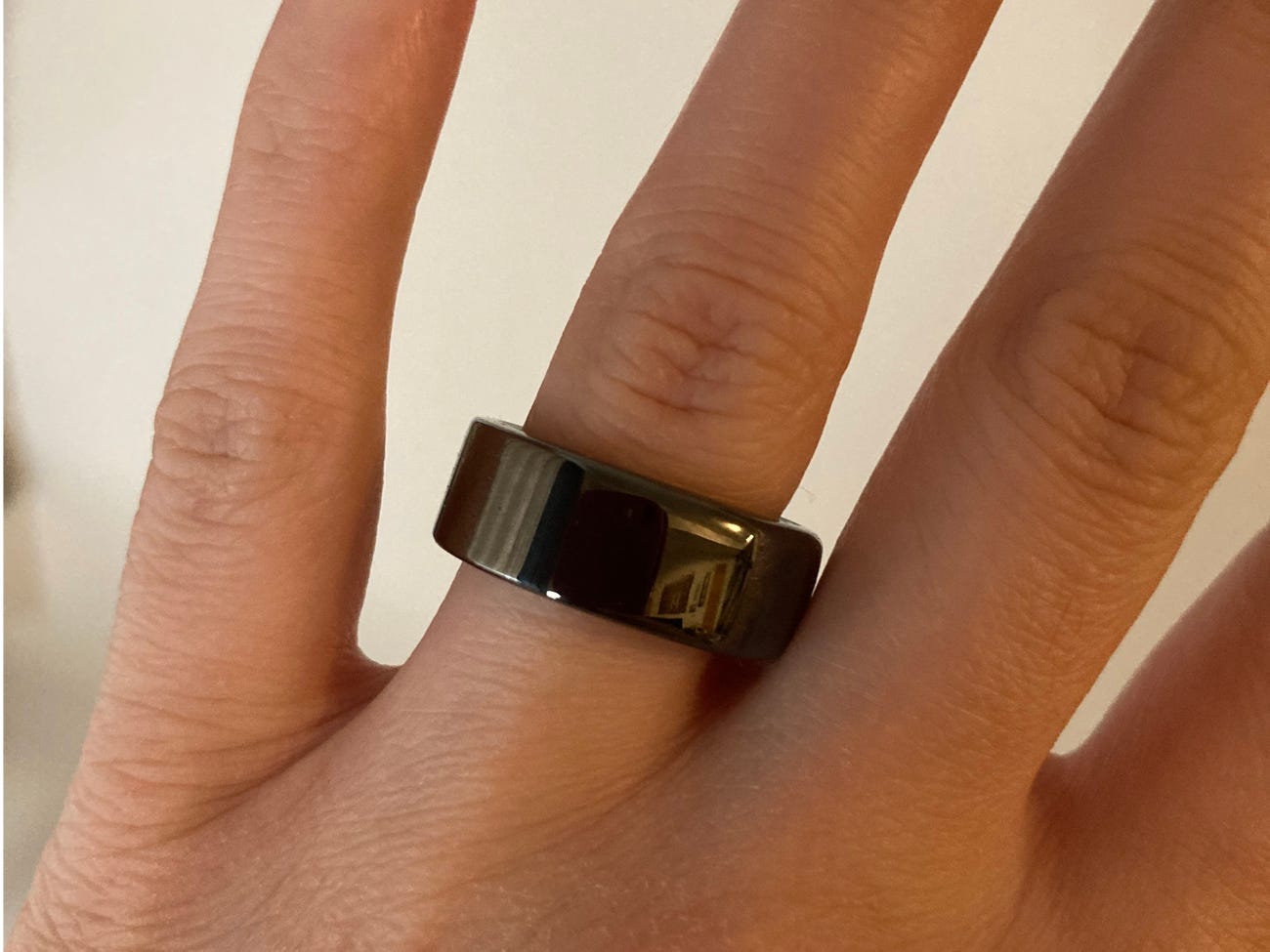 Lisa Eadicicco/Business InsiderThe Oura smart ring is a little bulkier than the average ring, but is lightweight.

The ring is optional and not a mandatory part of the NBA’s 113-page safety protocol, which required players to undergo quarantine upon arrival and implements a tiered system that governs how and when players can come into contact with others inside the bubble, among other measures, according to The Washington Post. It was previously reported that the NBA had ordered 2,000 of Oura’s smart rings.

Oura is also just one of several technologies being used by the NBA in its health and safety plan. Players log their symptoms in the NBA’s MyHealth app, record their temperature in the app after taking it with a Kinsa Bluetooth thermometer, and measure their oxygen levels with a smart pulse oximeter made by a company called Masimo, according to USA Today.

The NBA and health officials have access to a database that tracks these data points logged by NBA players, coaches, and staff members, the report says, and players wear Disney Magic bands on their wrists. These bracelets are typically used to allow guests to sign into attractions and unlock their hotel rooms, but the NBA is using them to manage everyone’s whereabouts by having those in the bubble use it to check in to various points around campus, like COVID-19 testing sites and practice facilities.

Some health and safety gear the NBA just dropped off for me pic.twitter.com/rNijTQP174

????A shot of @ESPNNBA reporter @Malika_Andrews’ displaying her “Oura” ring that NBA players have on a volunteer basis as well. The ring collects data that could detect early symptoms of Covid-19. It works in conjunction with a phone app. pic.twitter.com/BmSyYhdORj

The fact that Oura is optional has made it impossible to attribute the health of players and staff to usage of the ring, and difficult to tell just how widely the gadget is being used inside the bubble until now. Still, Oura’s partnership with the NBA and WNBA, as well as its usage in COVID-19 research projects, has raised new questions about the potential of wearable devices to quickly identify illness.

Fitbit devices, for example, are being used in a study from Scripps Research Translational Institute. The Stanford Healthcare Innovation Lab is also looking at how fitness trackers made by Apple, Fitbit, Samsung, and Garmin in addition to Oura can be used to track diseases like COVID-19.

Oura is a lightweight metallic ring clad in sensors that enable the ring to measure metrics like your heart rate, skin temperature, and respiratory rate as well as your activity. It certainly feels a bit bulkier than your average piece of jewellery, but once you get used to it the ring is barely noticeable.

The ring first gained attention for its sleep tracking capabilities, as it can measure the duration of your sleep, various stages of sleep, and how restful your sleep was among other metrics. It’s been worn by Twitter CEO Jack Dorsey and Prince Harry. 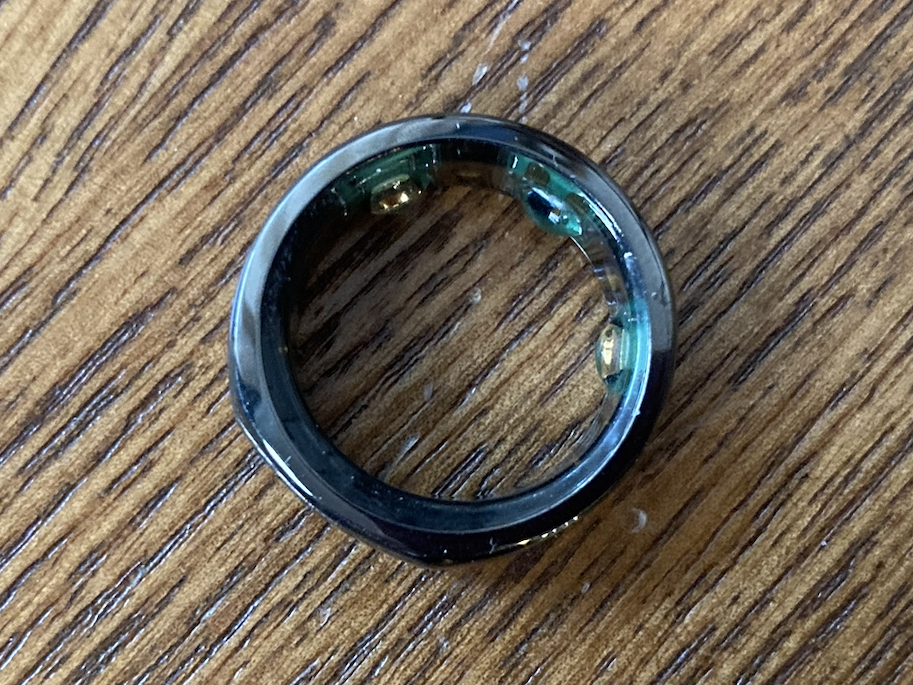 Oura says on its website that the ring should be considered a supplement to testing and other safety protocols rather than a standalone tool. Harpreet Rai, CEO of Oura, sees the ring as being an additional tool that can be useful for helping companies prioritise testing among employees.

“Everyone’s trying to figure out how to become a pro at operating in a pandemic,” Rai said in an interview with Business Insider. “And I think what we’ve just found is being able to help those organisations prioritise those individuals who may need help most is really helping them.”

One way Oura does this is by calculating a risk score, Rai said. This assesses four metrics: changes in temperature, changes in respiratory rate, changes in heart rate, and heart rate variability versus a user’s baseline.

The idea is to eventually make it so that worksite administrators can look at a dashboard of employee data and immediately see which workers might be at risk and in need of testing. Employees would have to consent to having their data shared.

Oura has been in the spotlight since the early days of the pandemic for research investigating whether the rings could be used to detect COVID-19 symptoms early. The company distributed 2,000 rings to staff at UCSF Medical Centre and Zuckerberg San Francisco General Hospital in March as part of an effort to help frontline health workers spot symptoms ahead of time.

It’s also worked with the West Virginia University Rockefeller Neuroscience Institute and WVU Medicine on a digital platform it claims can predict symptoms related to COVID-19 up to three days in advance.

Oura isn’t a medical device, but Rai said he hopes the ring can provide more insight for signalling when it might be time to go to the doctor. The studies and research are intended to be a step in the direction of being able to provide tools that can help users seek medical attention more proactively, rather than waiting for something to go wrong.

“Here’s an early warning sign that something may be off, but go seek the proper medical assistance to help you confirm this,” Rai said, citing an example of how the ring’s data should be interpreted. “And I think that is really what’s going to change the healthcare industry.”