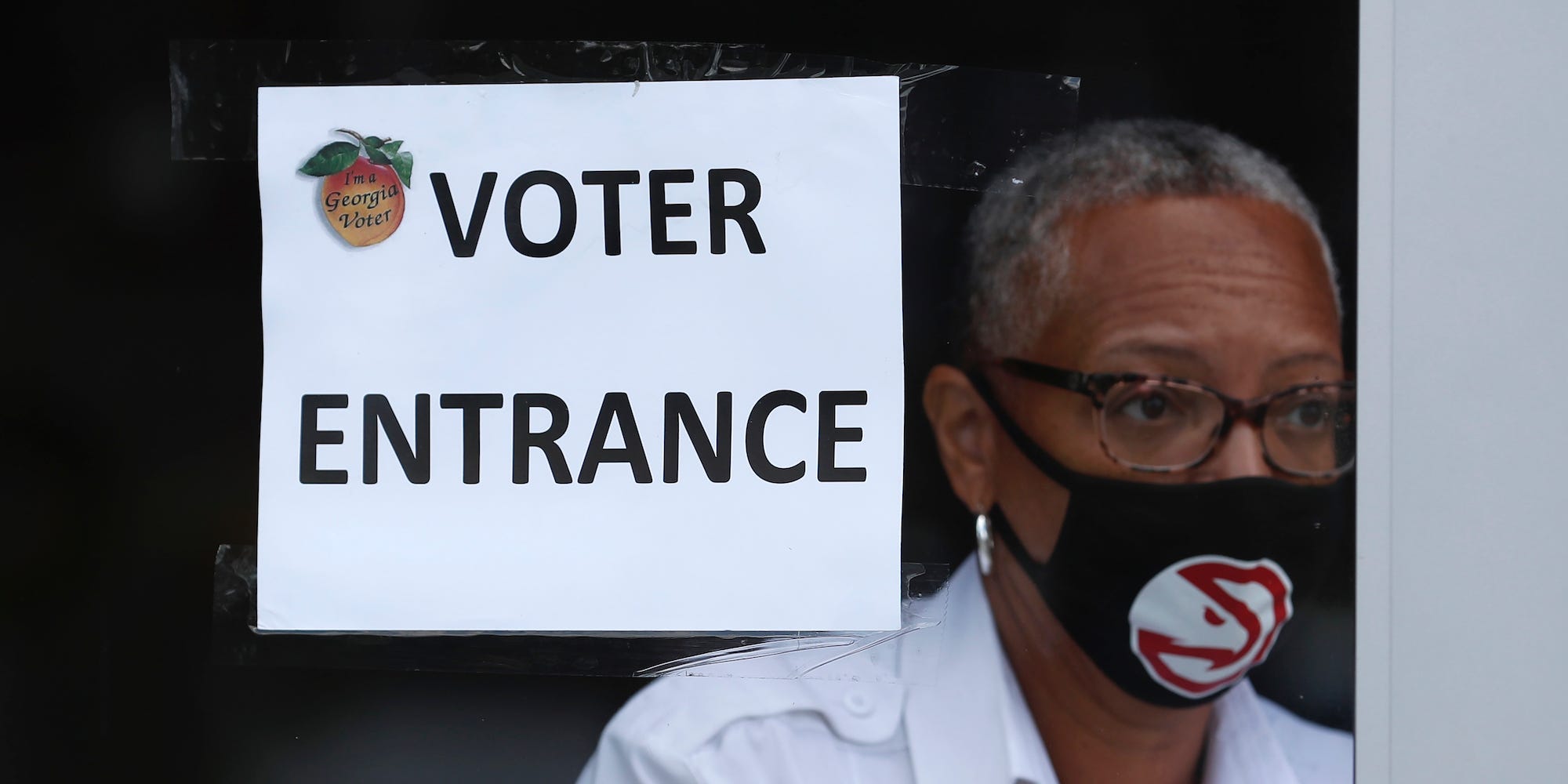 Some NBA arenas will be used as in-person voting sites in November as part of a deal the NBA reached with the league’s players association to resume this season’s playoffs in the wake of many teams demanding a stop to play after the police shooting of a Black man in Kenosha, Wisconsin.

In a joint statement Friday, NBA Commissioner Adam Silver and NBA Players Association Executive Director Michele Roberts announced they had reached a deal to continue this season’s playoffs on Saturday, which includes commitments from the league to promote civic engagement and voting and address systemic racism.

“In every city where the league franchise owns and controls the arena property, team governors will continue to work with local election officials to convert the facility into a voting location for the 2020 general election to allow for a safe in-person voting option for communities vulnerable to COVID-19,” the statement said, listing one of three commitments from the league and opening up the possibility for stadiums to be used as voter-registration sites or facilities where ballots can be counted.

The statement also said the league and players “have agreed immediately to establish a social justice coalition” and would air advertisements during games encouraging viewers to vote.

In an unprecedented move earlier this week, the Milwaukee Bucks and the Orlando Magic announced they would not play in a scheduled match in protest of the shooting of Jacob Blake, a Black man who was shot seven times in the back by a Kenosha police officer.

The teams demanded the Wisconsin state legislature take action on police reform and racism, and the Bucks even called Wisconsin Attorney General Josh Kaul from their locker room.

Their strike set off a series of similar moves across the sports world, with fellow NBA teams and WNBA, MLB, and MLS teams also going on strike and demanding concrete action on racial justice before agreeing to play again.

Because of the COVID-19 pandemic, many localities across the US have struggled to hold in-person voting with sufficient room for social distancing or have been unable to use certain spaces, like senior centres, as polling locations.

Some counties have turned to hosting in-person voting at large venues, including sports stadiums and other convention centres.

In Kentucky, officials in Jefferson County, which includes Louisville, decided to hold all in-person voting for the June 23 primary at the Kentucky Exposition Centre, a 1.2 million-square-foot convention centre that allowed room for hundreds of voting booths and social distancing.

Already, the Atlanta Hawks offered up their arena to be used as an in-person voting location for Georgia’s August 11 primary runoff elections, and before Friday’s announcement, the Houston Rockets and election officials in Harris County, Texas, announced the Toyota Centre would be used as an in-person voting site, with free parking for Texas’ early-voting period and on November 3.

Many basketball players and prominent athletes have used their platforms to advocate not just for police reform but also expanded voting rights and an end to voter suppression in the wake of several high-profile incidents of Black people dying in encounters with police, deaths that sparked protests across the nation over the summer.

LeBron James of the Los Angeles Lakers, one of the most famous athletes, cofounded an organisation called More Than a Vote, which is taking on a number of initiatives to expand voter access in Black communities, including registering and turning out Black voters, combating suppression, and, most recently, partnering with the NAACP Legal Defence Fund to recruit poll workers.