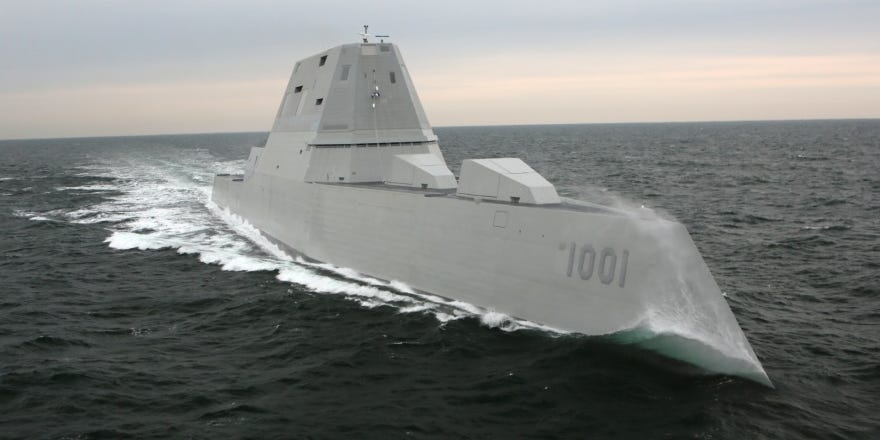 The US Navy will give one of its advanced Zumwalt-class destroyers control of multiple unmanned systems during an upcoming exercise exploring possibilities for future naval warfare.

During next month’s Fleet Battle Problem exercise in the Pacific, the USS Michael Monsoor (DDG-1001) will command both unmanned surface vessels and aircraft as the Navy looks at which elements of a potential future force “will have the greatest impact on increasing the fleet’s lethality,” a Navy official said in a statement first reported by USNI News.

Navy spokesman Lt. Col. Tim Pietrack, citing the demands of the Unmanned Campaign Framework, said that “it is imperative that we understand what our future force will need to operate both in day-to-day competition as well as high-end combat.”

The exercise, which will take place in the 3rd Fleet area of responsibility under the supervision of US Pacific Fleet, “will incorporate many unmanned capabilities and unmanned capability enablers,” Pietrack said.

He said that during the exercise, the Michael Monsoor “will use the ship’s unique capabilities to command and control manned and unmanned forces to conduct long-range, multi-domain fires.”

The unmanned assets expected to participate in the complex exercise include the unmanned surface vessels Sea Hunter and Sea Hawk and the MQ-8B Fire Scout and MQ-9 Sea Guardian unmanned aerial vehicles. 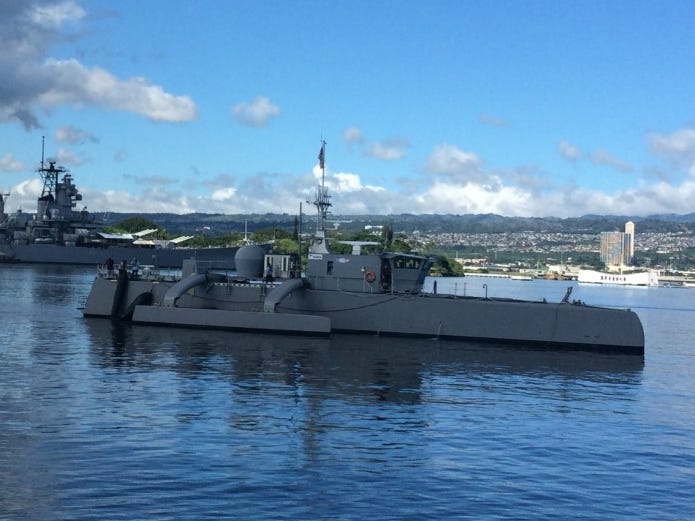 US NavySea Hunter, an entirely new class of unmanned sea surface vehicle developed in partnership between the Office of Naval Research (ONR) and the Defense Advanced Research Projects Agency (DARPA)

The MQ-9 Sea Guardian drone serves as a scout aircraft, as well as an anti-submarine warfare asset, while the Fire Scout, an unmanned helicopter that will operate from a Littoral Combat Ship during the exercise, can conduct both reconnaissance and strike missions.

During next month’s exercise, the Sea Hunter, which has participated in past exercises, and the newer Sea Hawk will support manned units in an anti-submarine role while also providing maritime domain awareness.

Pietrack said that “through operational scenarios, what we learn from this event will provide pertinent and timely input to the Naval Research Enterprise and the acquisition community to better inform unmanned system development moving forward.”

The Navy has shown increasing interest in unmanned systems, which are expected to be a critical part of the future fleet.

Looking at the competition with China, which has the world’s largest naval force, the Pentagon proposed in October a 500-ship Navy consisting of as many as 240 unmanned or optionally-manned vessels, both surface ships and undersea assets, that could conduct resupply, surveillance, mine, and strike missions, among other operations.

It remains to be seen if such a force will become reality, but the interest in using unmanned systems to augment the force is there.

For the Michael Monsoor, the second of the three stealthy Zumwalt-class destroyers, the upcoming Navy exercise is an opportunity to explore some potential options for the class amid uncertainty about the role the advanced vessels might play in combat.

Commanding multiple unmanned systems in an exercise of this scale will be a first for the ship. 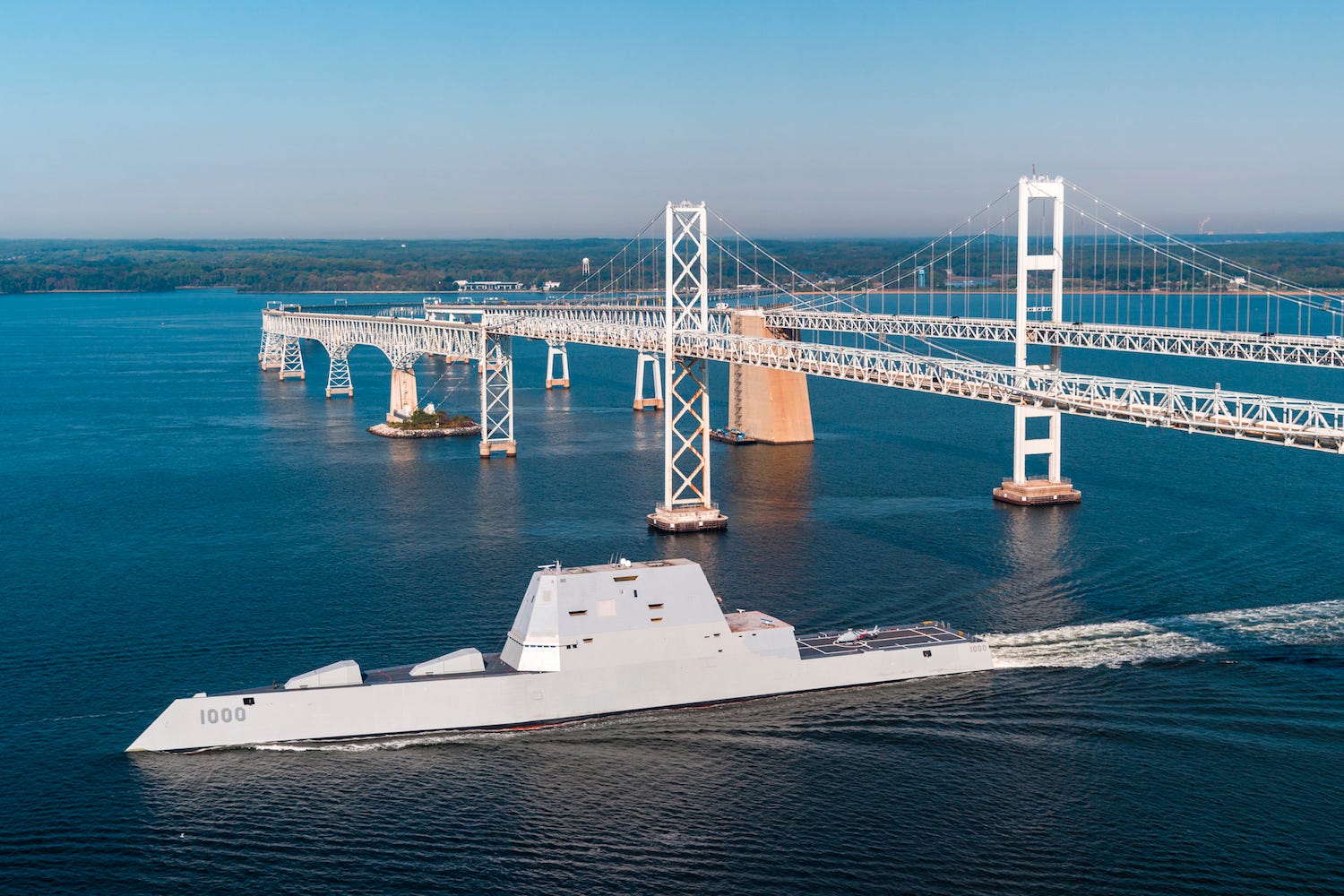 The Navy commissioned the Zumwalt, the first of a new class of destroyers, in 2016, but the warship was not delivered to the service with a working combat system until April.

Among problems like cost overruns and major delays, a big problem with the Zumwalt was the two 155 mm guns of the Advanced Gun System.

When the Navy reduced its order for Zumwalt-class ships from roughly three dozen to just three, the cost of the rounds for the guns shot up. A single Long-Range Land Attack Projectile was going to cost almost $US1 ($1) million.

The unacceptable price of the gun’s ammunition was just one of the problems with the guns that forced the Navy to reevaluate the combat system and shift the ship’s mission from a naval fire support role to maritime strike.

The Zumwalt fired its 30 mm Mk 46 MOD 2 Gun Weapon System for the first time in May and first launched a SM-2 missile from its Mk 57 Vertical Launching System in October.

More recently, there have been discussions about eventually arming the vessels with hypersonic missiles.