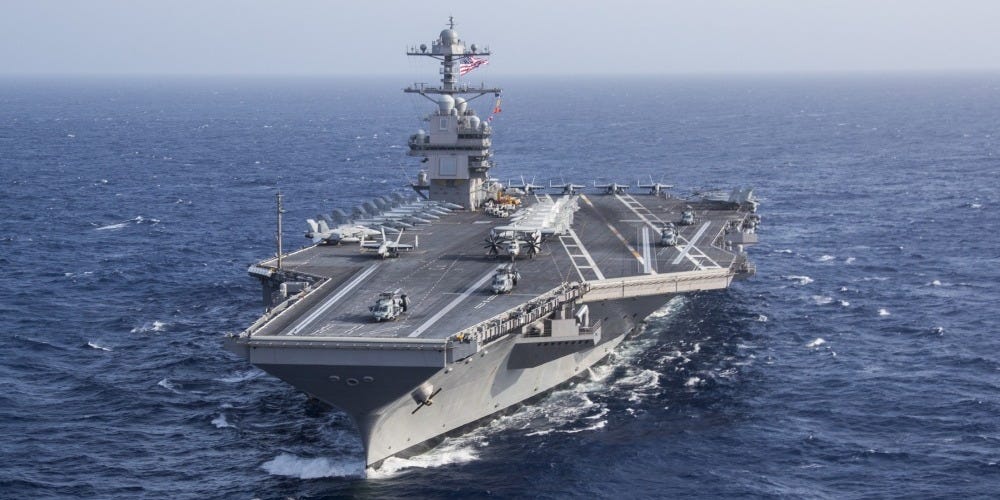 The US Navy is still unsure exactly what caused a critical piece of technology on the first-in-class aircraft carrier USS Gerald R. Ford to fail earlier this month.

Unlike the steam catapults on the older Nimitz-class carriers, the new EMALS on the Ford uses electricity to create strong magnetic fields that propel a carriage connected to an aircraft down the runway, throwing the plane into the air.

While the EMALS is supposed to be better than the steam catapults, it has not had the smoothest development.

As one of the new technologies integrated into the Ford, the EMALS has had its share of problems. For instance, its first public launch in 2015 was a failure. The Government Accountability Office released a report in early June noting that the “the Navy is still struggling to demonstrate the reliability of key systems, including the electromagnetic aircraft launch system.”

The system went down earlier this month due to a fault in the launch system’s power-handling elements that connect the turbines to the power system for the EMALS, but the exact cause remains unknown. A workaround developed at a land-based test site allowed the air wing to depart on June 7 as the ship returned to port.

James “Hondo” Geurts, the assistant secretary of the Navy for research, development, and acquisition, said Thursday that the Navy is still trying to figure out what went wrong, Inside Defence reported.

“We’re still going through the diagnosis. We’re doing full-fault isolation to understand … what caused the condition to come up in that way,” he told reporters during a press availability, explaining that “we’re trying to do the exact fault isolation of how did we get in that state.”

The problem arose during the largest aircraft embark to date for the Ford, and during recent at-sea testing, the air wing conducted day and night flight operations with 324 catapult launches and arrested landings.

Geurts explained that one of the reasons for recent activities was to “pressure test the system,” adding that despite the setbacks, he remains confident in the technology.

“We’ve been operating that system at high availabilities and launching a large number of aeroplanes. And the system is a solid system. We believe in the design,” he said, according to Inside Defence.

“Are we going to find things over time? Absolutely,” Geurts said. “But nothing we’ve seen, nothing I know of, nothing we’re tracking is a landmine or Achilles’ heel in the system.”

On Thursday, Geurts also mentioned that the Ford may soon have over half of its Advanced Weapons Elevators (AWEs) working,Military.com reported.

The AWEs, new technology designed to rapidly move munitions, have been another longstanding problem for the Ford, which is behind schedule and over budget at more than $US13 billion dollars. All eleven elevators were actually expected to be working last summer.