Navy SEALs are 'rusty' from scandals and post-9/11 wars as US prepares for more powerful foes, insiders warn

US Navy/PO3 Adam HendersonA Navy SEAL climbs a ladder on the side of a gas and oil platform during training, July 26, 2011.

As conflicts in Afghanistan and Iraq draw down, the US military is pivoting toward a new era of greatpowercompetition (GPC) in which China and Russia are at the top of the target deck.

As tip of the US military’s spear, US Special Operations Command (SOCOM) is preparing accordingly â€” especially the Navy’s SEALs and Special Boat Teams, which are recovering from a wave of scandals.

‘We have a problem’ 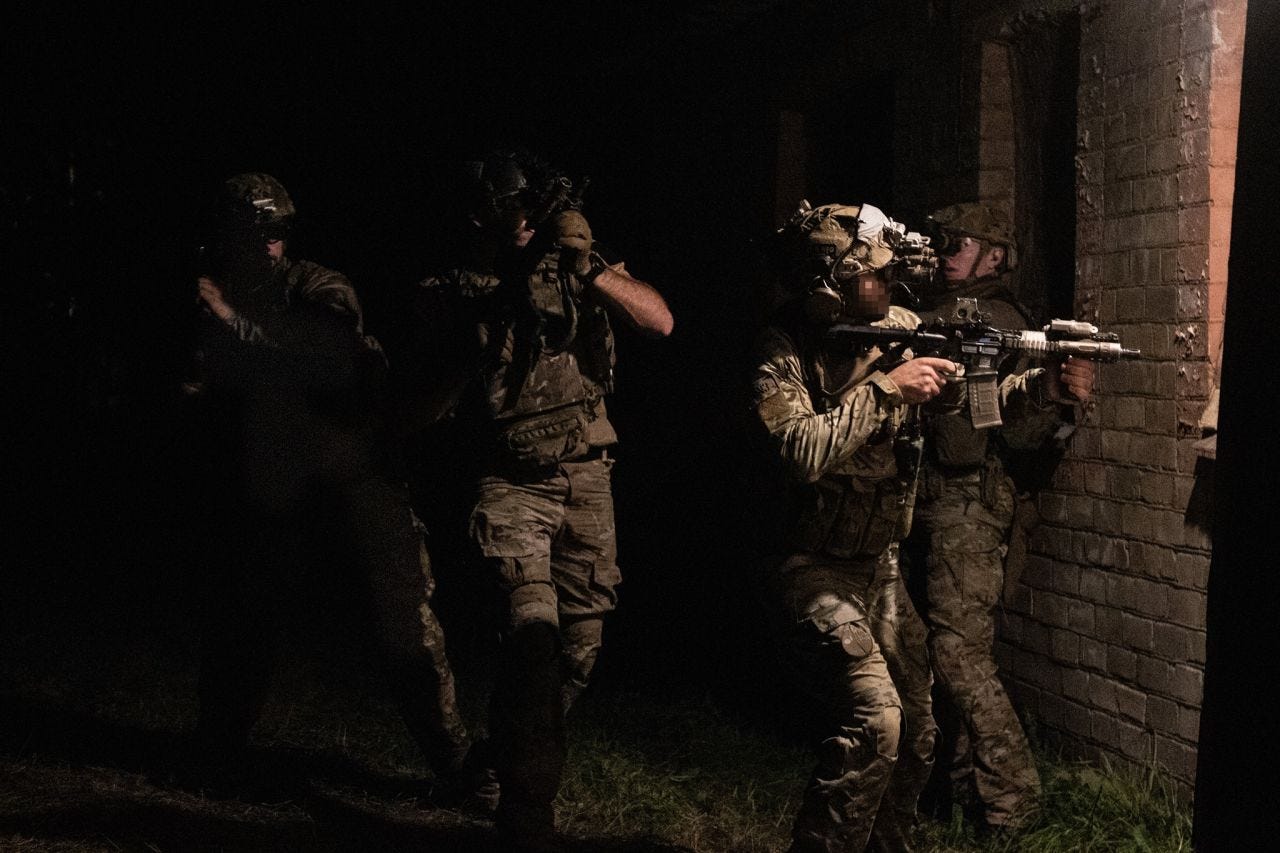 The letter was a last-ditch attempt to address the bad publicity and concomitant issues caused by a series of scandals that have rocked the SEAL community in recent years.

With the dramatic trial of Eddie Gallagher, drug abuse in SEAL Team 10, war crimes accusations in SEAL Team 6, the murder of a Green Beret by SEALs in Mali, and the withdrawal of a SEAL platoon from Iraq in 2019, the SEAL community has been in the spotlight for all the wrong reasons.

Although all special-operations units take pride in their lineage, selective nature, and accomplishments, the SEAL Teams have developed what many perceive as an arrogant culture.

To be clear, the majority of SEALs are quiet professionals, but the loud minority that exists in any organisation seems to be louder in the SEAL Teams than in other special-operations units.

The scandals have left many wondering if Naval Special Warfare can be trusted to perform in a near-peer conflict. Current and former NSW members, who requested anonymity out of concern about disciplinary action or professional ramifications, said the command needed to focus its personnel and their training on preparing for that kind of fight.

“NSW needs to find a way to remind their members that they need to uphold the reputation of ‘Quiet Professionals,'” a former SWCC operator told Insider. “It’s important that people are there for the right reasons. It’s OK for NSW operators to be confident and proud of the community they are a part of, but it can’t lead to arrogance. Humility is everything.” 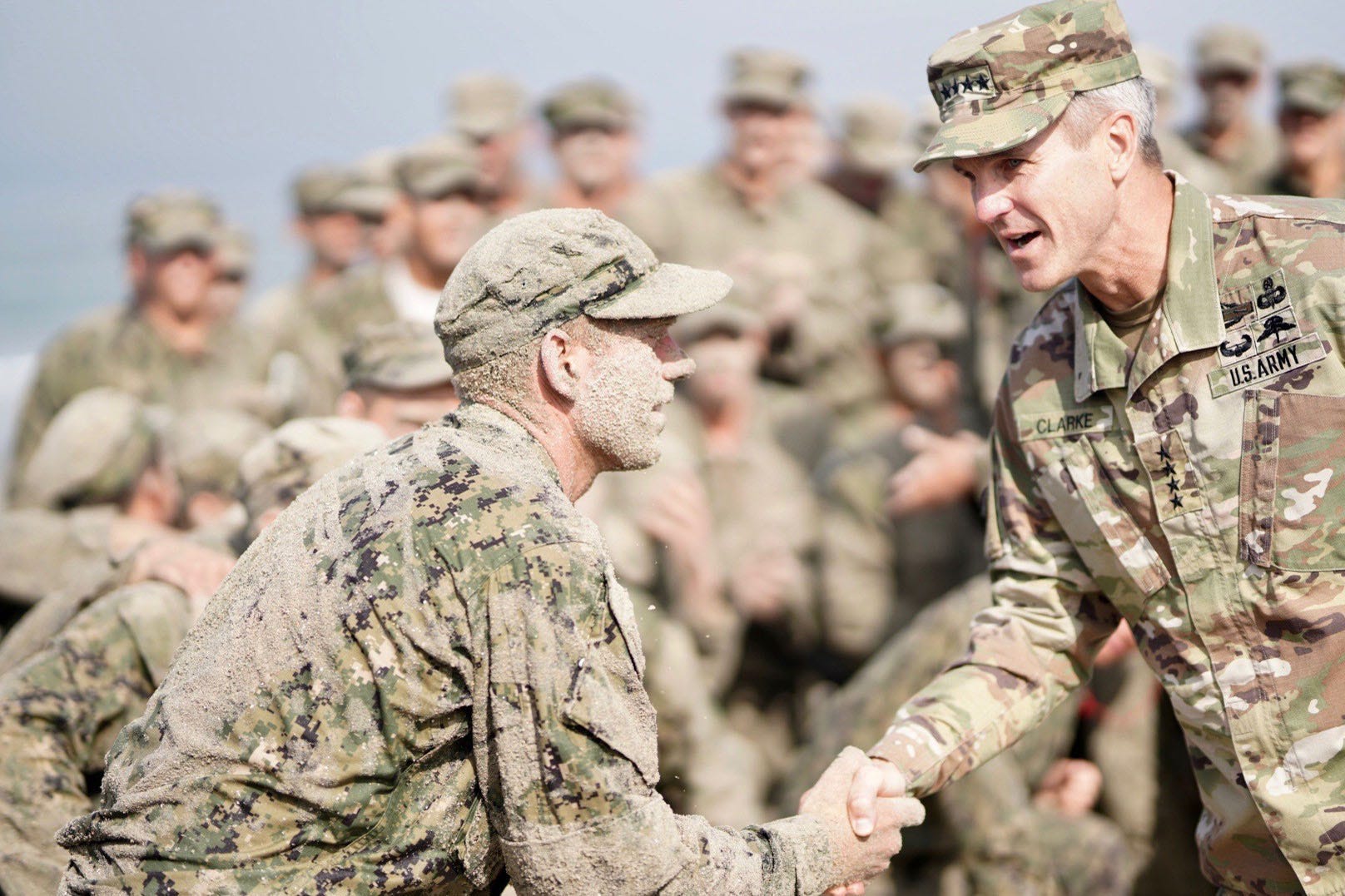 SOCOM doesn’t seem to have such qualms.

Gen. Richard Clarke, SOCOM’s commander, has gone out of his way to show his support for the SEAL Teams. In August 2019, as the first Army general to be a speaker at a SEAL graduation, he told the new frogmen of class 332 that NSW has played and will continue to play a vital role in national security.

“SOCOM hasn’t lost confidence on the SEAL Teams writ large,” a SEAL officer told Insider. “The ethics review was across the board.”

But to ensure that SOCOM doesn’t lose trust, “the Teams should be super transparent with SOCOM and continue to enforce the stricter standards when it comes to professional and ethical behaviour,” the SEAL officer added. “There should be no tolerance for lapses.”

SEAL representation at the top of the special-operations ladder is strong. SOCOM’s deputy commander, Vice Adm. Timothy Szymanski, and its chief of staff, Rear Adm. Collin Green, are both SEALs.

Green, who led a controversial crackdown on standards, left the helm of NSW in September, his standing within the community diminished.

“Currently, his reputation is pretty negative,” an enlisted SEAL told Insider. “Mainly because of his handling of big national news events. He seems to be directing the blame down and in, as opposed to taking responsibility. The gender-neutral change to the [SEAL & SWCC] ethos did him no favours.”

SOCOM might have still confidence in SEALs, but is NSW ready for a near-peer conflict?

Rusty but not dull 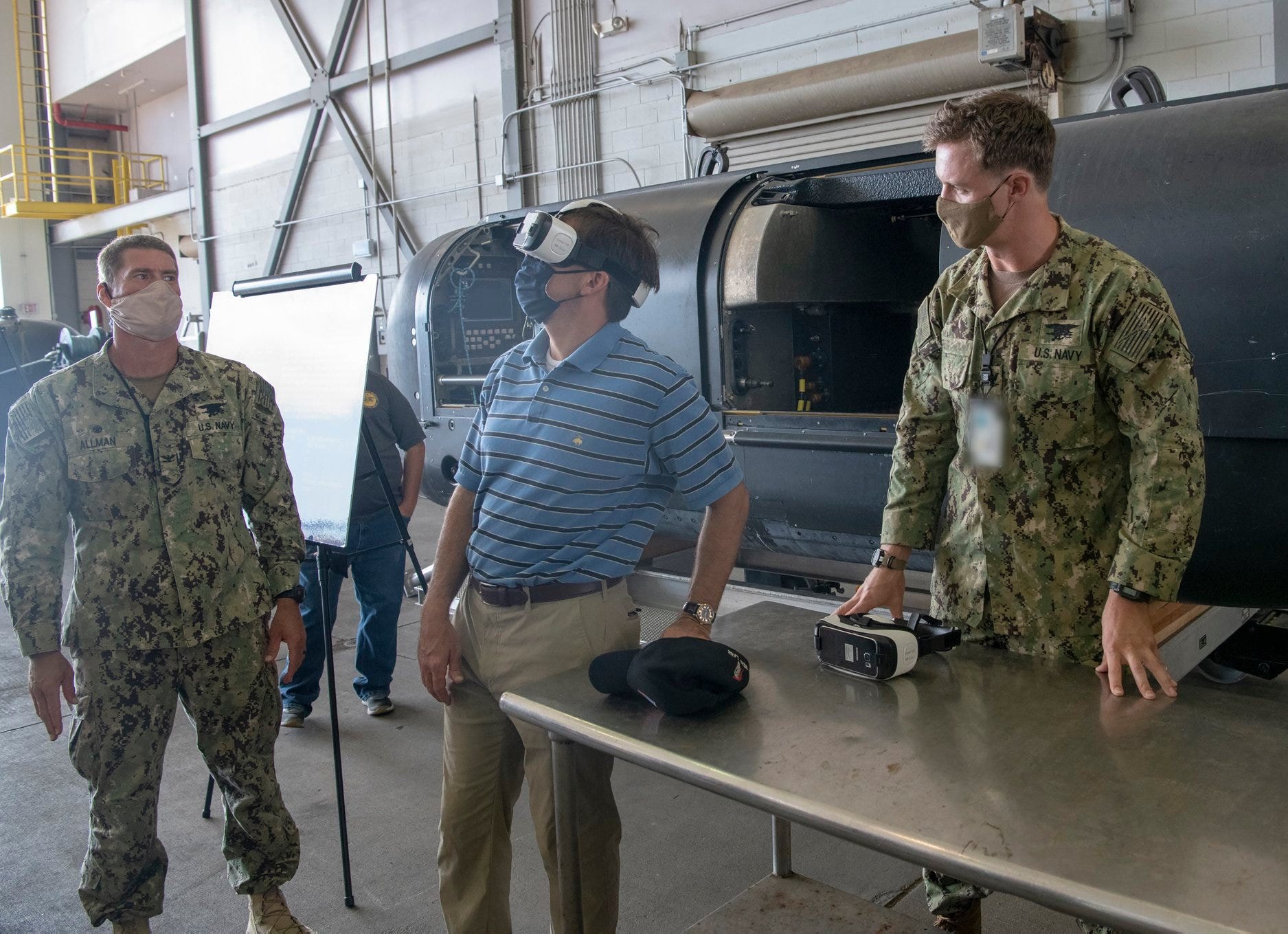 There is also the question of NSW’s cultural readiness to revert to its maritime roots. A conflict with China in the Pacific will heavily involve operations in and around water, but for the past 20 years, SEALs have been fighting on land.

“I don’t think they are ready right now,” the SEAL officer said. “They’re underprepared, but this is historically true for the military. We always train for the last war. That being said, the knife might be a bit rusty, but it’s not dull. You can already see the sea changes on the platoon level.”

So what do SEALs and SWCCs bring to the table?

To begin with, there’s the SEAL Delivery Vehicle (SDV) capability. Operated by specially trained SEALs, the SDVs are mini-submarines used for special operations such as clandestinely transporting operators close to an enemy anchorage or for maritime special reconnaissance.

It’s also worth noting that Szymanski began his career at an SDV team. He thus understands the importance and potential of the capability in a near-peer conflict. Although officers tend to lose contact with the ground truth as they scale the rank ladder, the SDV community is quite small and its mission unique, so chances are that Szymanski can call on his SDV past to build NSW’s future.

SEALs are also combat divers. Although the Army and Marine Corps have a combat diver capability, their operators use it as means of infiltration â€” a way to the job â€” rather than for underwater special-operations, such as placing limpet mines on enemy vessels.

Aside from the SDV capability, SEALs are experts in over-the-beach raids, maritime special reconnaissance, and visit, board, search, and seizure (VBSS) operations.

“I think the Teams will always be open to any mission, if tasked, and they’d pivot quickly to more traditional activities (like hydrographic recon and over the beach stuff) if required to,” a former SEAL officer told Insider. “Those missions are in the SEAL DNA and would be easy to pick back up after an initial re-learning period. They never really went away in the training program.” 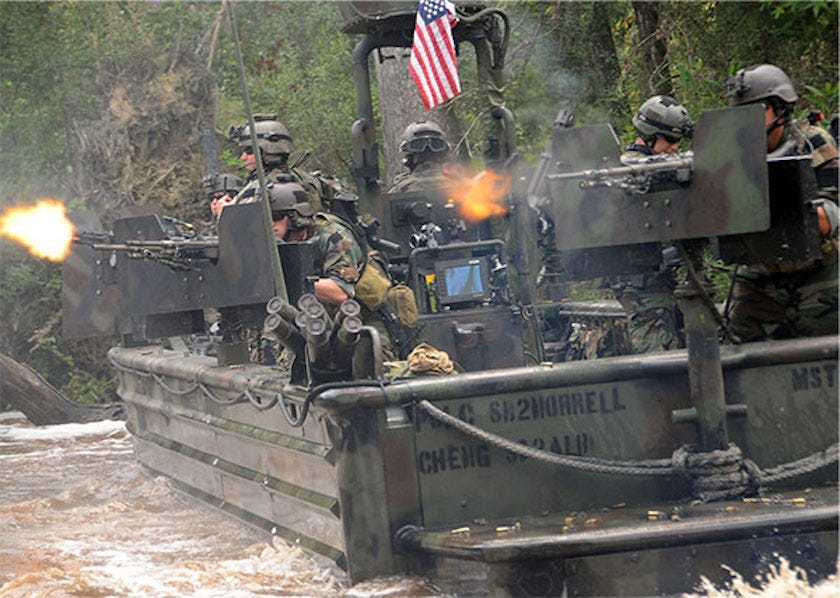 US NavySWCC operators blast away during a riverine exercise.

And then there are the SWCCs.

“SWCC’s bread and butter is VBSS, over-the-beach direct-action operations, and coastal reconnaissance,” added the former SWCC operator. “They spend an exorbitant amount of time training. With the right support and appropriate operational assignments, I believe they could easily outmaneuver and successfully complete challenging and dangerous operations.”

Considering that the South China Sea is brimming with islands built-up and fortified by the Chinese to support illegal claims and that China has the largest Navy in the world, it will be hard to ignore the capabilities of the SEAL and Special Boats teams in a future conflict there.

Preparing for a potential conflict with Russia and China will dominate the Pentagon’s focus in the years to come. While NSW’s contribution in a conflict against Russia would be less than that in a war in the Pacific, SEALs and SWCCs can still contribute in either theatre like they have in wars in the Middle East over the past 20 years.