'People coughing all over each other': US Navy sailors are reportedly being packed into close quarters aboard ships, despite coronavirus worries 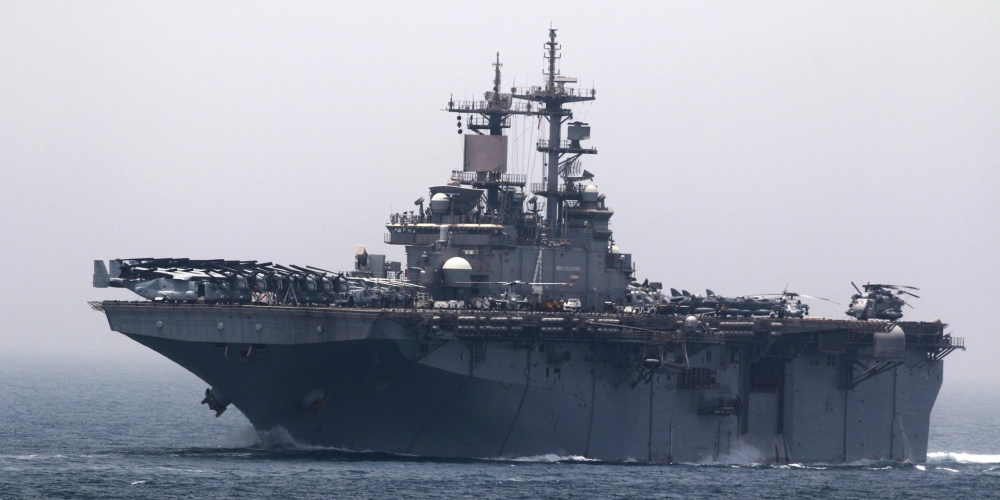 A sailor aboard a US Navy warship in San Diego, California, is presumed to have contracted novel coronavirus, the military announced on Sunday; however, the subsequent steps officials took to address concerns was scrutinised by fellow service members.

The morning after the Navy announced that a sailor aboard the USS Boxer tested “presumptive positive” for the coronavirus, the first such case aboard a Navy vessel, military leaders ordered around 80 crew members into a tight room for a roughly 30-minute meeting, according to a ProPublica report.

The meeting in the amphibious assault ship’s wardroom consisted of a briefing on the situation and the importance of exercising “social distancing,” a term used to refer to separating oneself from others in order to prevent the spread of the disease that can be spread through coughing, an unnamed sailor said to ProPublica.

The scene appeared contrary to the guidance given by the Centres for Disease Control and Prevention (CDC), which recommends keeping six to 10 feet of distance from others.

“Definitely not enough room to maintain appropriate distance,” the sailor reportedly said, referring to fellow service members who stood around two to four feet apart in the room. “People are wondering why we gathered in a room contradictory to CDC guidance.” 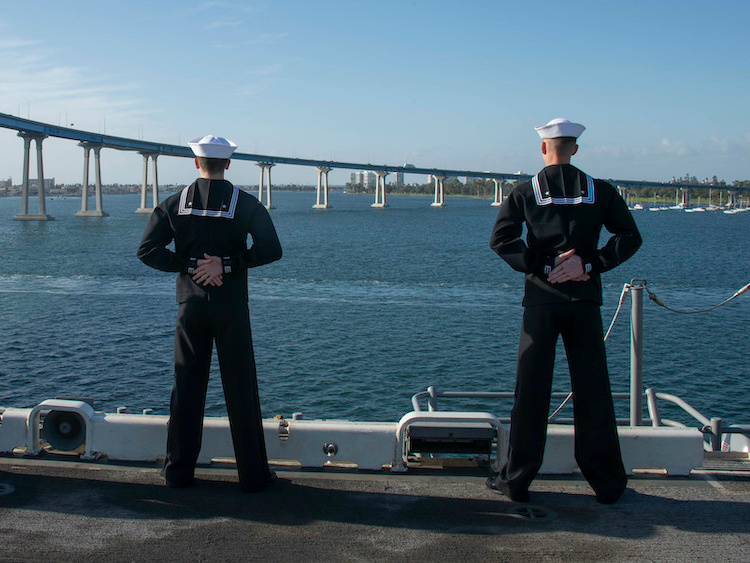 The sailor who tested presumptive positive has been quarantined at home, according to the Navy. The Defence Department said there were 18 US service members who tested positive as of Monday.

One of the most distinctive features aboard naval ships are the cramped, shared spaces where the crew lives and works. The USS Boxer can include a crew of 1,200 sailors and can transport over 1,000 US Marines. But despite the guidance given to sailors to notify their chain of command if they are sick, some service members still found themselves in tight spaces.

Almost 600 sailors were loaded into a packed barge as they took a promotion exam, one sailor attached to the USS Carl Vinson aircraft carrier said to The San Diego Union-Tribune.

“There were a lot of people coughing all over each other,” the unnamed sailor reportedly said. “Afterwards we all went back to the ship to our small compartments.”

“Given the space that we have on the barge, I’m not sure we could have people sit six feet apart,” the sailor added, according to The Union-Tribune.

The Navy implemented sweeping changes to address the influx of cases around the world. The Navy’s 6th Fleet, which primarily operates around Europe and Africa, imposed a 14-day quarantine on ships between port calls in Europe. The guidance follows a similar one for 7th Fleet, which operates in the Asia-Pacific region, out of “an abundance of caution.”

The Navy Reserve also postponed drill weekends through May for its reservists and limited unofficial travel.

“Shipmates, the spread of the coronavirus is something that we are taking very seriously,” Chief of Naval Operations Adm. Mike Gilday and Master Chief Petty Officer of the Navy Russell Smith said in a joint statement. “While many of you may be anxious, worried, or wondering what happens next, leadership at every level is actively engaged on this issue.”

“America depends upon us to help provide security and stability to this nation, and that’s exactly what we will continue to do,” they added. “Stay safe, Shipmates. Our nation depends on you.”