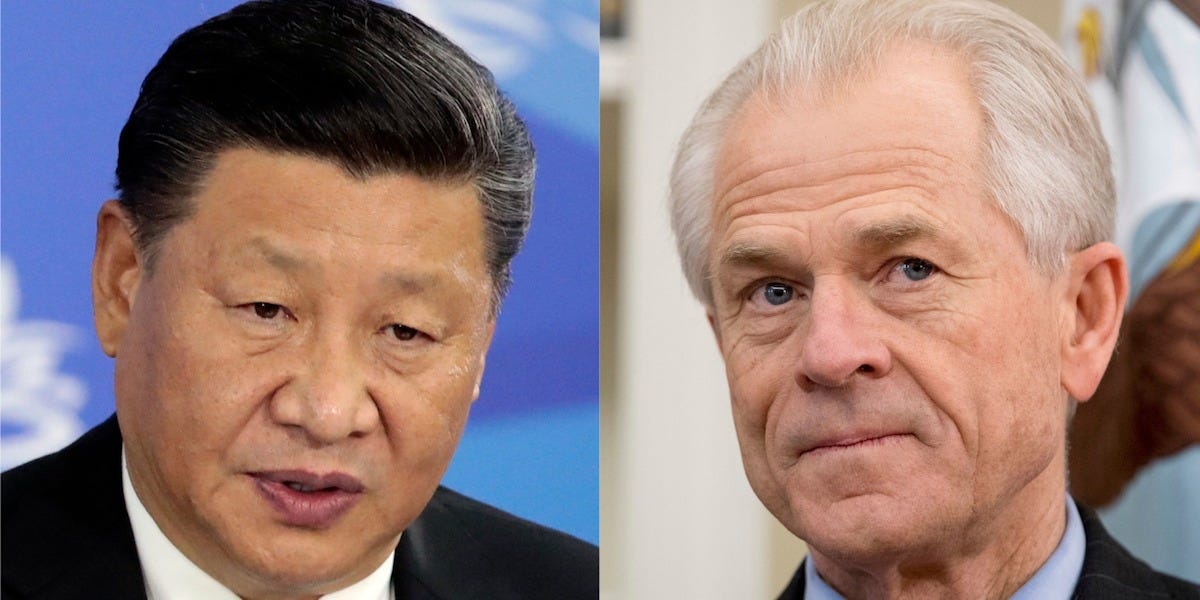 President Donald Trump’s trade adviser retracted his assertion that US-China trade negotiations were “over” hours after making it in a Fox News interview.

Peter Navarro made the claim while speaking to Fox host Martha MacCallum on Monday.

He criticised China for its handling of the coronavirus, its treatment of Uighur Muslims, and numerous other examples.

Asked if these things meant that any deal was “over,” Navarro said: “It’s over. Yes.”

Navarro has since said in a White House statement that his comments were taken “wildly out of context” and that the trade deal “continues in place,” according to Reuters.

Later on Monday, Trump tweeted himself to emphasise that Navarro’s earlier claim had been wrong. He said: “The China Trade Deal is fully intact. Hopefully they will continue to live up to the terms of the Agreement!”

In his statement, Navarro said his comments had nothing to do with the trade deal.

“I was simply speaking to the lack of trust we now have of the Chinese Communist Party after they lied about the origins of the China virus and foisted a pandemic upon the world,” Reuters reported him as saying.

His interview on Fox News had been largely focused on former National Security Adviser John Bolton, whose forthcoming book “The Room Where it Happened” contains many criticisms of the president.

Navarro seemed eager to defend the president’s foreign policy record, aiming several barbs at Bolton’s hawkishness on the Middle East. Navarro praised Trump for his handling of tensions with China. 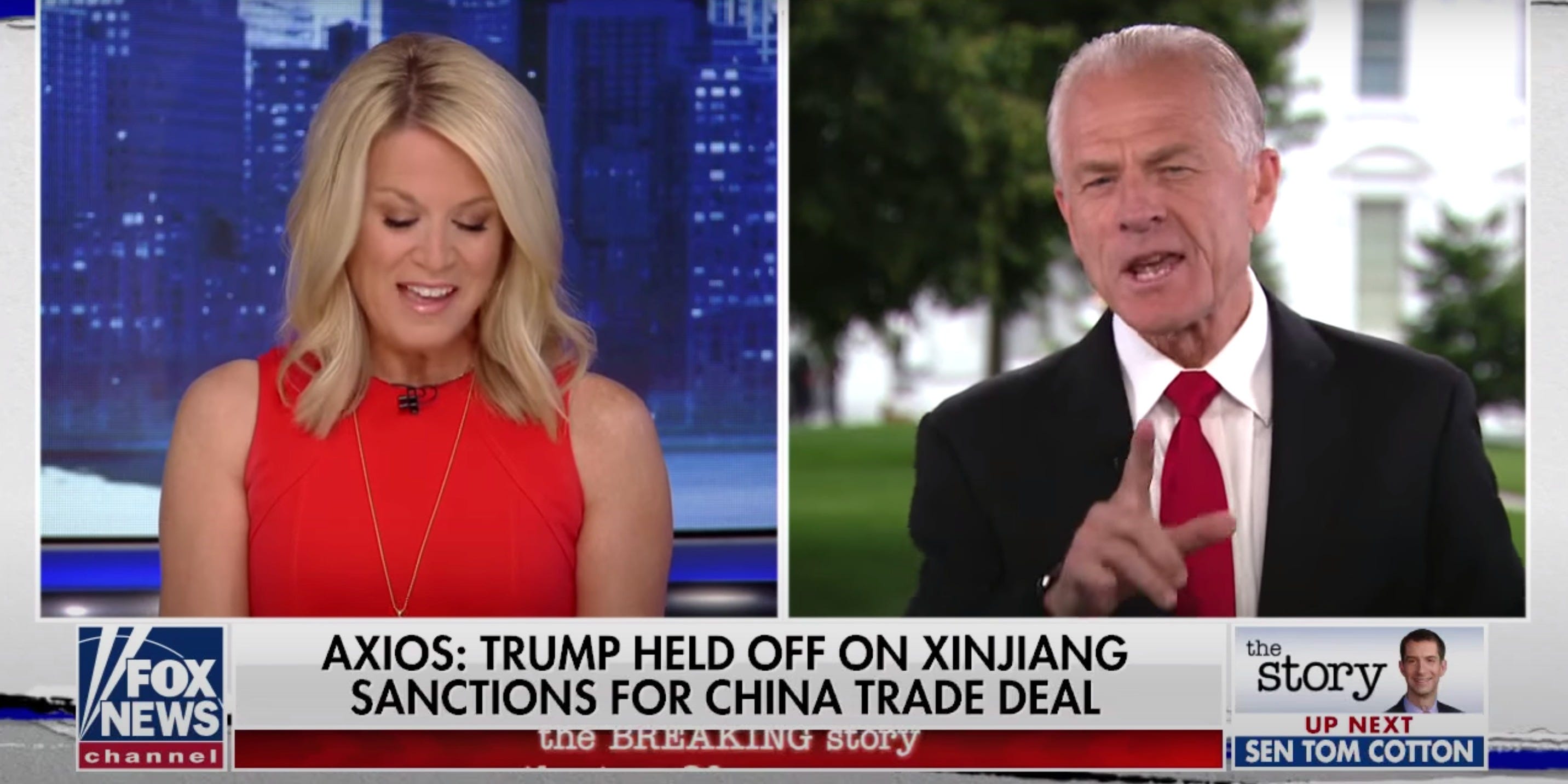 Fox News/YouTubeTrade Adviser Peter Navarro on Fox News, in an interview when he told Martha MacCallum that the US-China trade deal was ‘over’

“We as a country … have to ask each other how much we let the Chinese Communist Party get away [with],” he said, citing the “ethnic cleansing and cultural genocide” of Uighur Muslims in Xinjiang Province.

Following his statement that the trade deal was “over”, some commentators predicted it wouldn’t stand.

Moh Siong Sim, FX analyst at the Bank of Singapore, told Reuters to “take it with a pinch of salt.”

Andrew Brenner, head of international fixed income at Natalliance, told Reuters: “Put a muzzle on this guy … we are certain his statement is going to be walked back.”