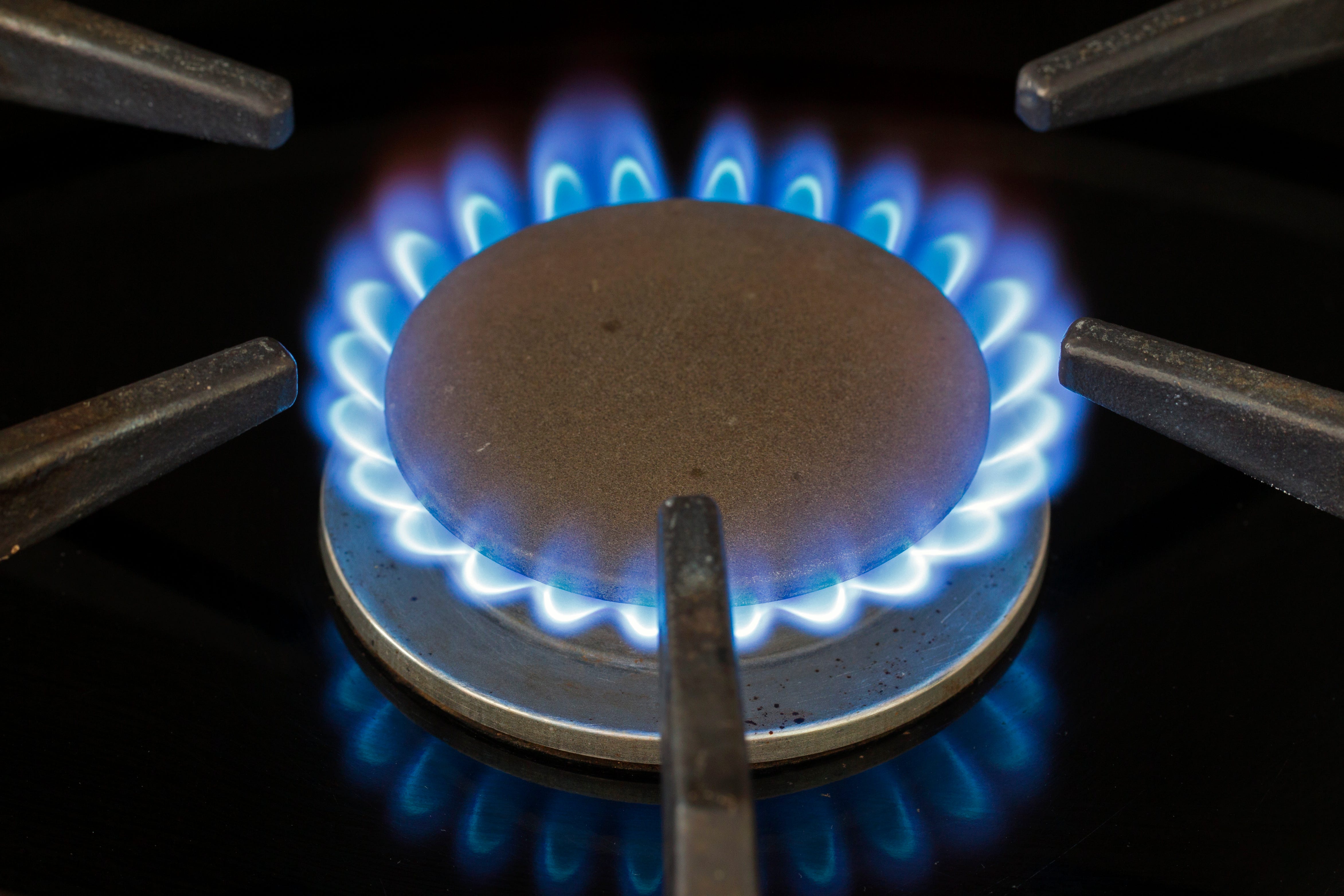 Natural gas prices in Europe and Asia have rocketed higher this week, thanks to the polar vortex pushing cold fronts into both regions, sending temperatures below freezing and stoking a burst in demand for power generation and heating.

A shift in wind patterns means the polar vortex â€” a pocket of frigid air that forms around the Arctic every year â€” moves further south than it ordinarily would, bringing cold fronts to the northern hemisphere.

This year, the cold front is forecast to move down from northern Russia, all the way through eastern Europe to the Mediterranean. The weather in parts of Europe has already been extreme, with the Spanish capital of Madrid paralysed after the heaviest snowfall in 50 years this week.

“Frigid temperatures in Asia and Europe in the face of LNG supply issues have led to a surge in local gas prices,” Goldman Sachs said in a note on Wednesday.

“While data on emerging market oil-fired power generation and substitution capacity is limited, we believe this could lead to at least a 1 million barrel-per-day boost to global oil demand in coming weeks, with an upside potential of 1.5 million barrels per day,” the bank said.

“The Beast from the East,” as the phenomenon is known, last struck in Europe in late 2017 and into 2018. It has driven natural gas prices to record highs, while Dutch gas prices rose by as much as 40% at one point this week.

This time is no different. Following a rapid warming of the air above the Arctic, known as a sudden stratospheric warming (SSW), the polar vortex has pushed benchmark UK gas prices to around the highest since the start of 2018, at around 64.50 pence per term.

“We can’t completely rule out a signal for colder weather following this SSW event later in the month. However, evidence from model data and other drivers of the UK weather support a return to relatively milder and more unsettled conditions next week,” the UK Met Office’s chief meteorologist, Paul Davies, said in a blog post last week.

Winter tends to bring with it higher gas prices, but the rally this week is unusual. On a seasonal basis, UK prices are at their highest since 2013, according to Bloomberg data. 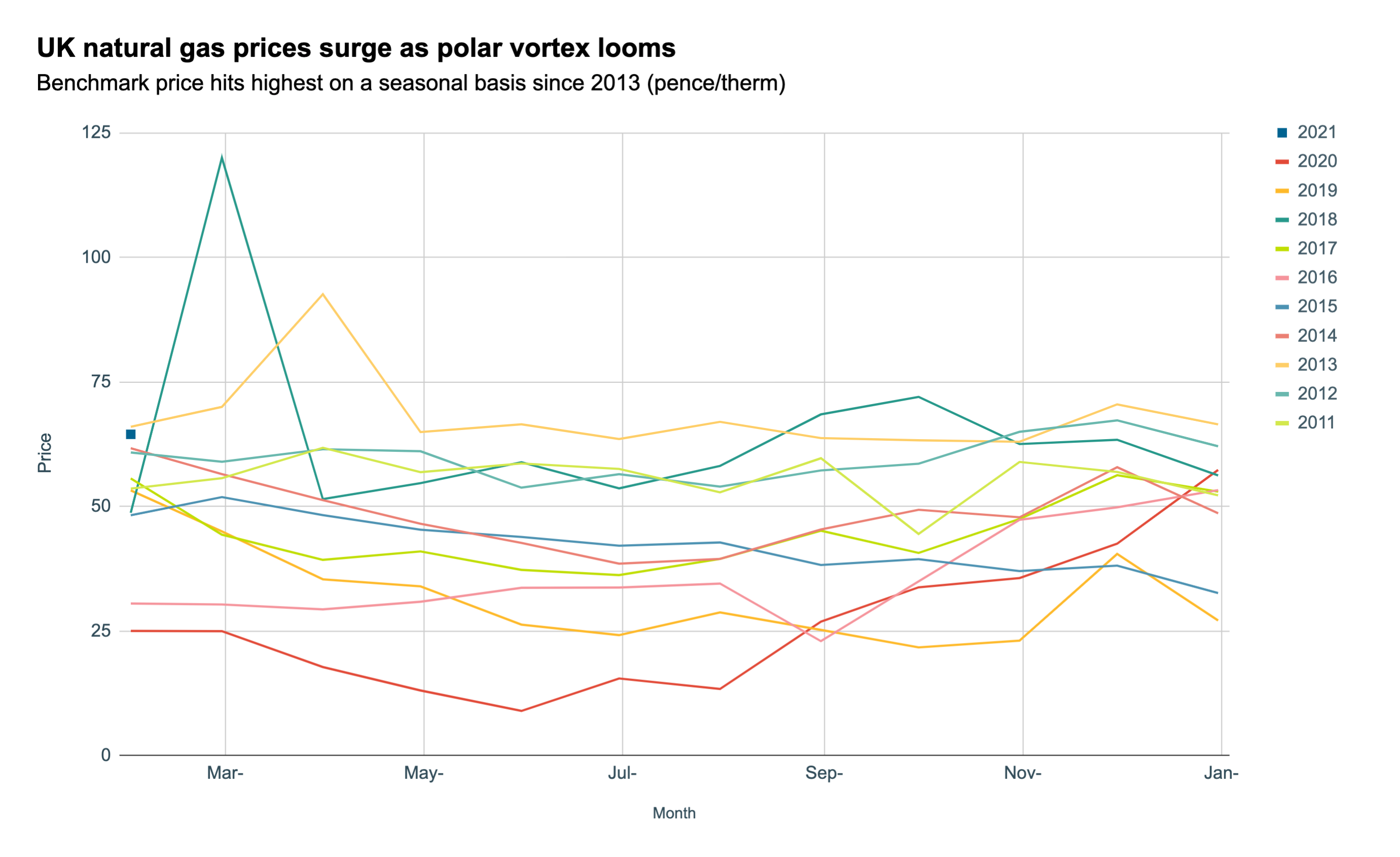 The price for S&P Global Platts’ Japan-Korea-Marker benchmark has risen to around $US20 per million British thermal units (MMBTU), from closer to $US8 at the start of the month.

“Gas markets had a volatile 2020, with prices initially coming under pressure from both the hit to demand and ramping up of LNG capacity. However, a rallying Asian LNG market has dragged the whole natural gas complex higher,” Gerben Hieminga, a senior economist at ING said in a note on Thursday.

Henry Hub natural gas futures, the US benchmark, have cranked around 10% higher since the start of the year, but without any of the volatility of European and Asian prices. But at around $US2.758/MMBTu, US gas prices are still within sight of last spring’s 25-year lows around $US1.521.