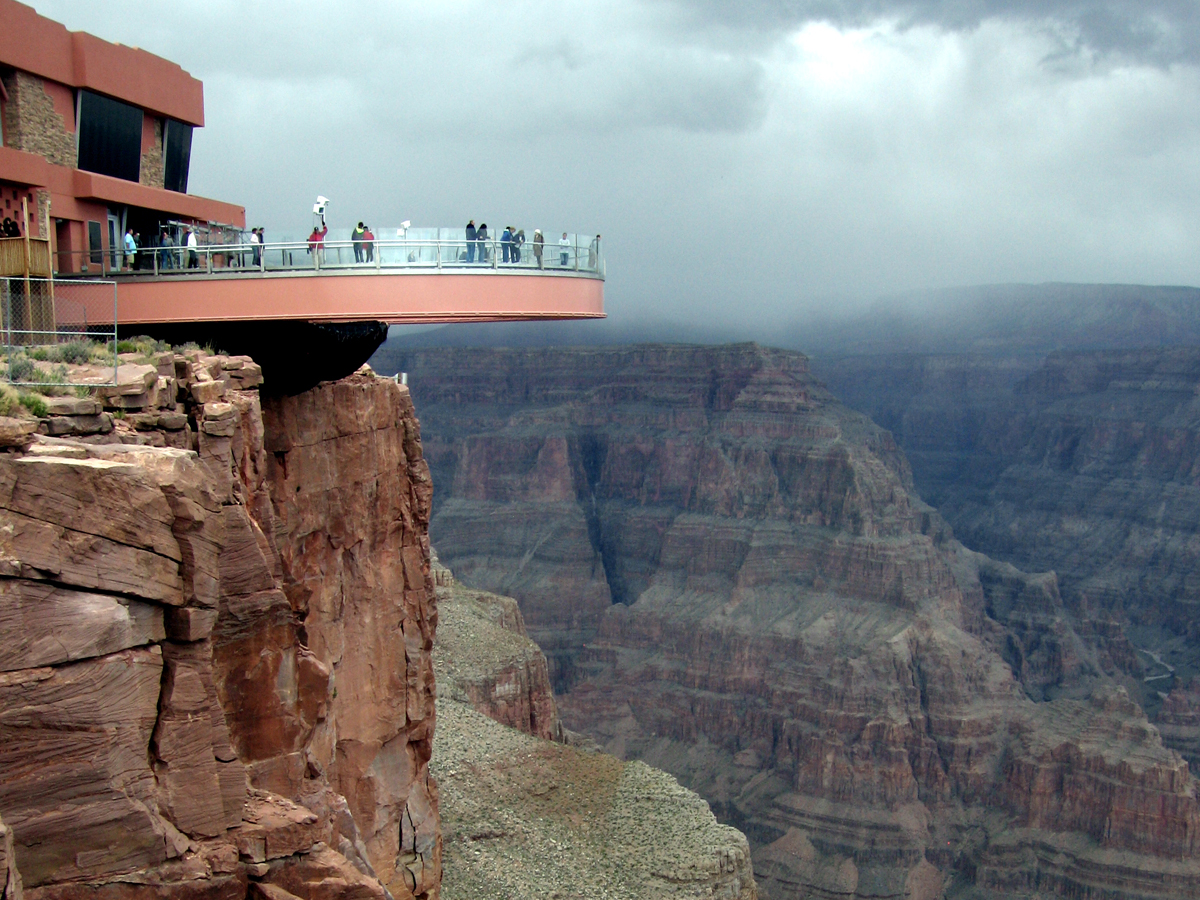 Native Americans built vibrant communities in what is now the United States long before colonizers arrived. Some of their villages, sacred sites, and names remain, while others have been razed, renamed, or forgotten.

Here are 10 US landmarks you may not have known have Native American origins.

The name of Gateway Arch National Park in St. Louis, Missouri, was changed to reflect the area’s Native American history. 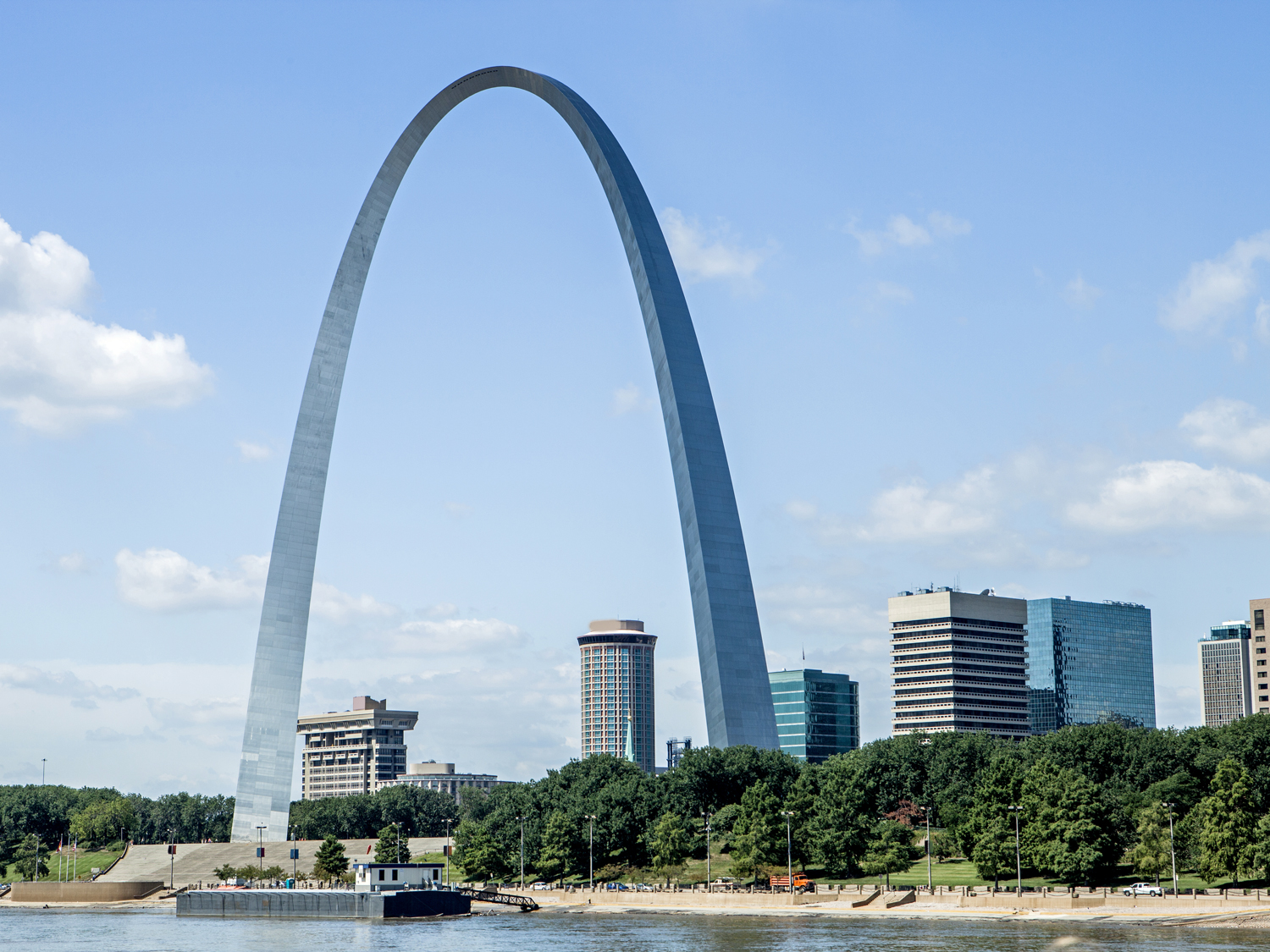 Before European explorers arrived in St. Louis in the 1500s, it was a city of 20,000 people called Cahokia.

The name was changed in 2015 to shift away from honouring a movement that forced Native Americans out of their lands and ravaged their communities. The museum under the arch was also renovated to include personal responses from Native Americans to questions like “Does staking claim to land justify national ownership?” according to the Washington Post.

“Why did they feel that they could go out and just take these lands?” National Park Service historian Bob Moore told NPR. “Basically they believed it was their God-given right.”

Alcatraz Island in San Francisco, California, was used by Native communities to house those who broke tribal laws. 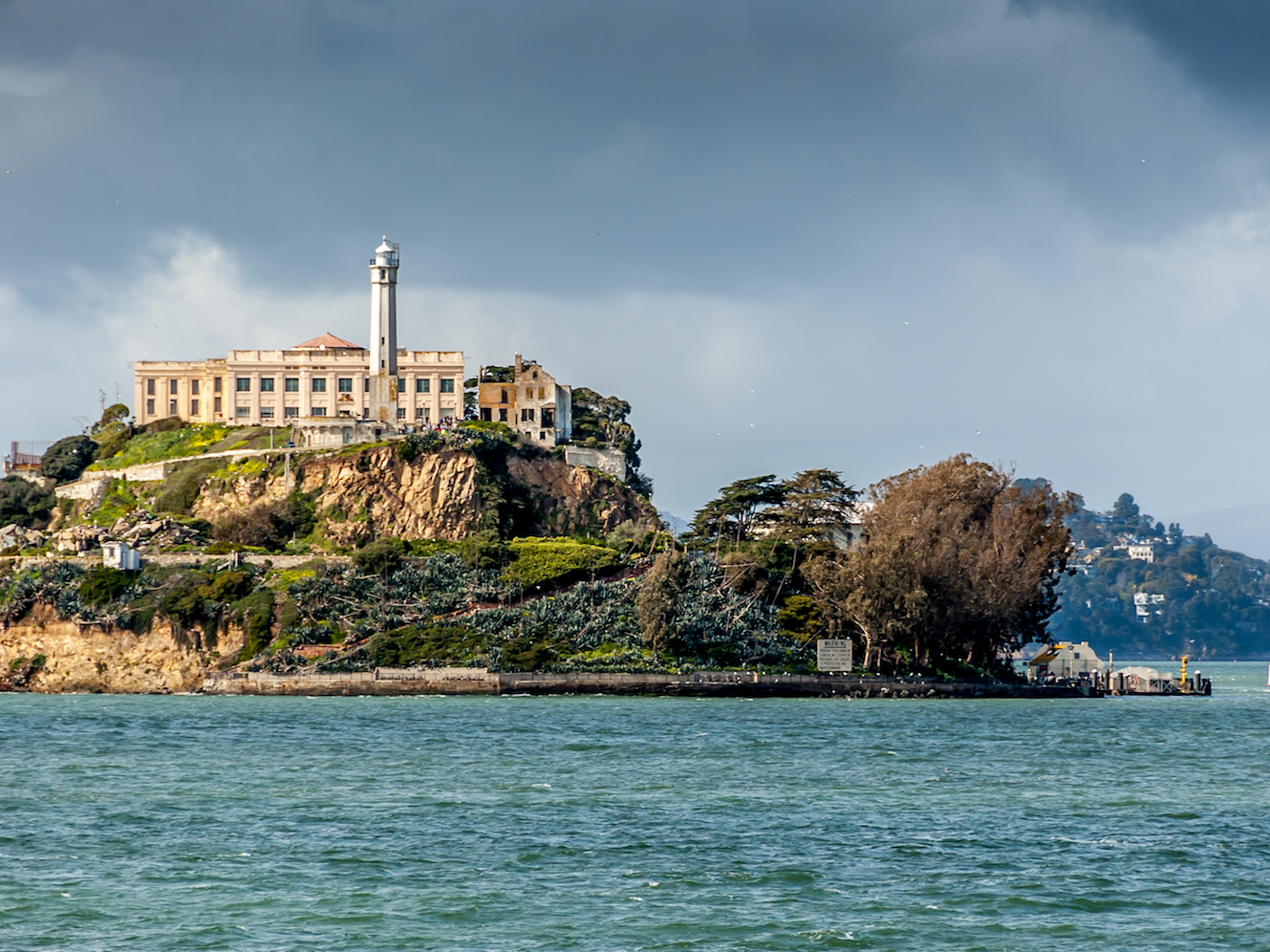 According to the oral history passed down in Native American communities reported by the National Park Service, Alcatraz Island was used as a place to send those who broke tribal law into isolation. It was also used as a camping spot with plentiful bird eggs and sea life.

When Spanish settlers arrived, Native Americans used the island as a hiding place from the mission system, an effort that began in 1769 when Spanish colonizers “civilized” Native people by baptizing them.

Mesa Verde National Park in Colorado is home to the remains of the Ancestral Pueblo culture. 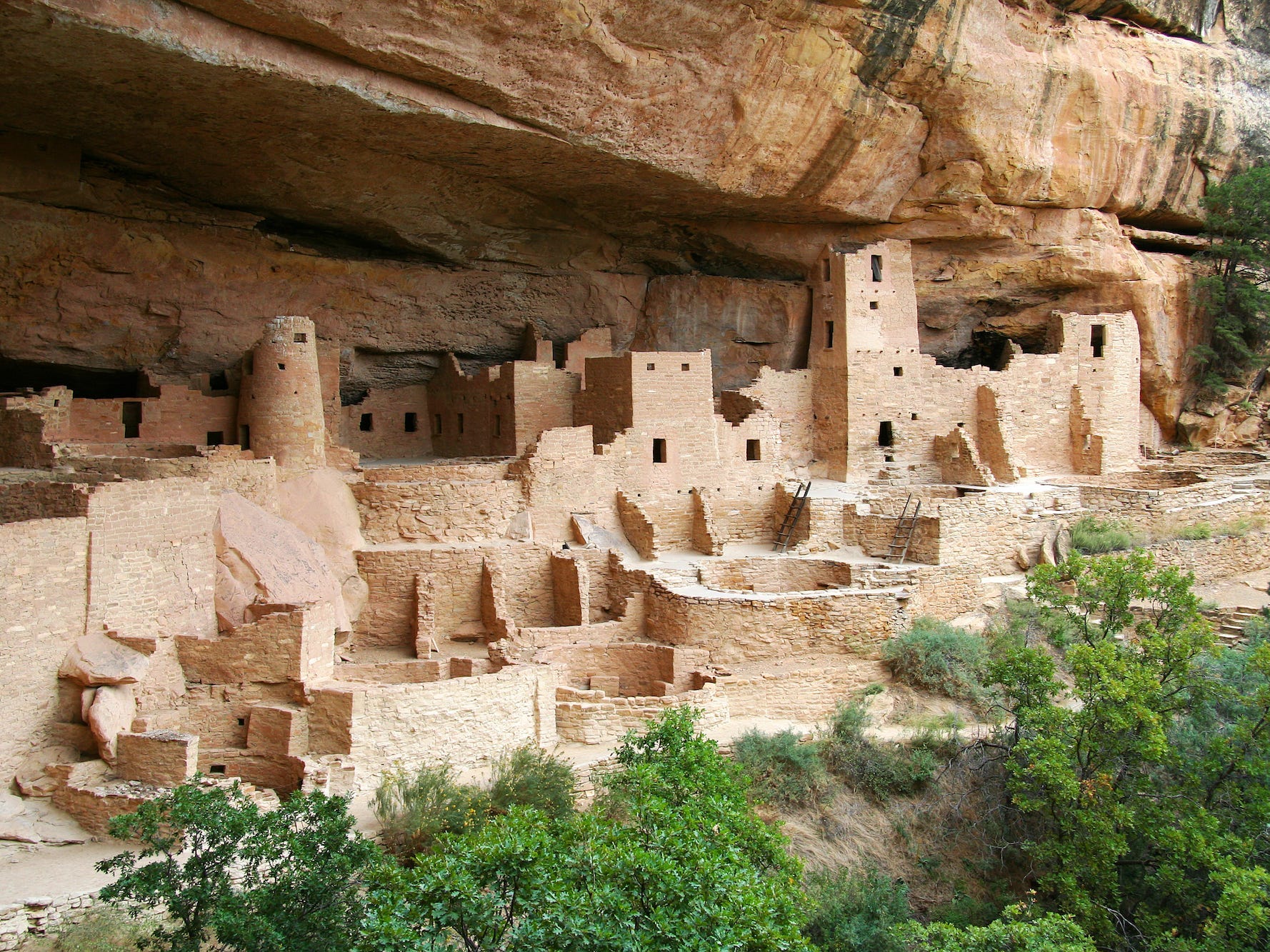 Mesa Verde National Park contains remnants of the Ancestral Pueblo culture, also known as Basketmakers, who lived in the area from AD 600 to 1,300. They built communities of pithouses and eventually stone villages. It is unknown why they migrated elsewhere.

Established in 1906, the park preserves 5,000 archaeological sites that include 600 cliff dwellings. It was designated as a UNESCO World Heritage Cultural Site in 1978. 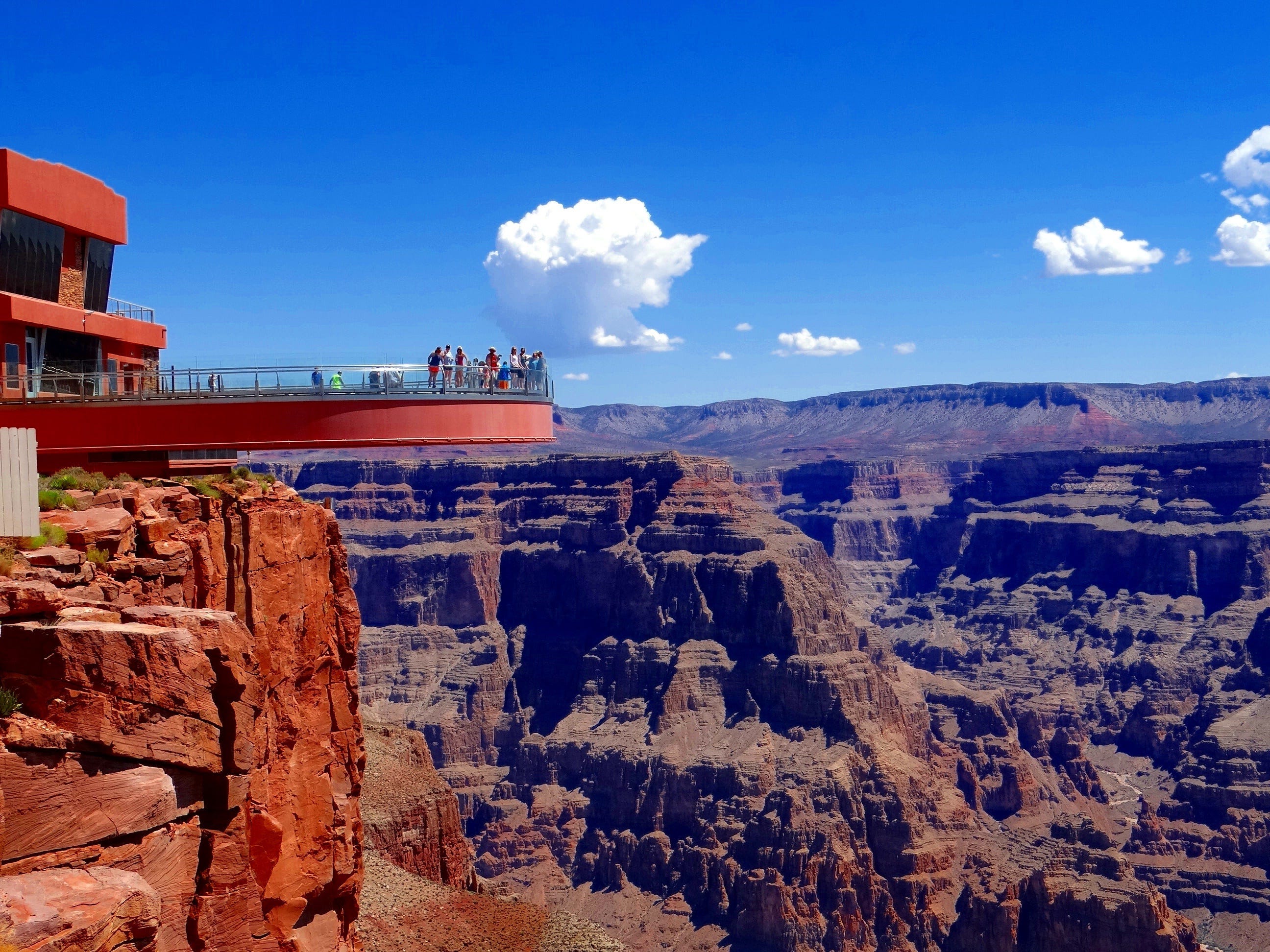 Built on sacred Hualapai land, the site cost$US30 million to construct. The tribe continues to manage the site after a legal battle between the tribe and the developer reached a settlement.

“People come from all over the world and ask where the real Indians are. And I say, ‘I am right here,'” 24-year-old Luka Montana, a Hualapai singer who works at the Skywalk, told MyGrandCanyonPark.com. “They think we are still living in teepees, hunting and gathering. But we have Dish Network. We live in houses.”

The Everglades in Florida were full of Native American communities. 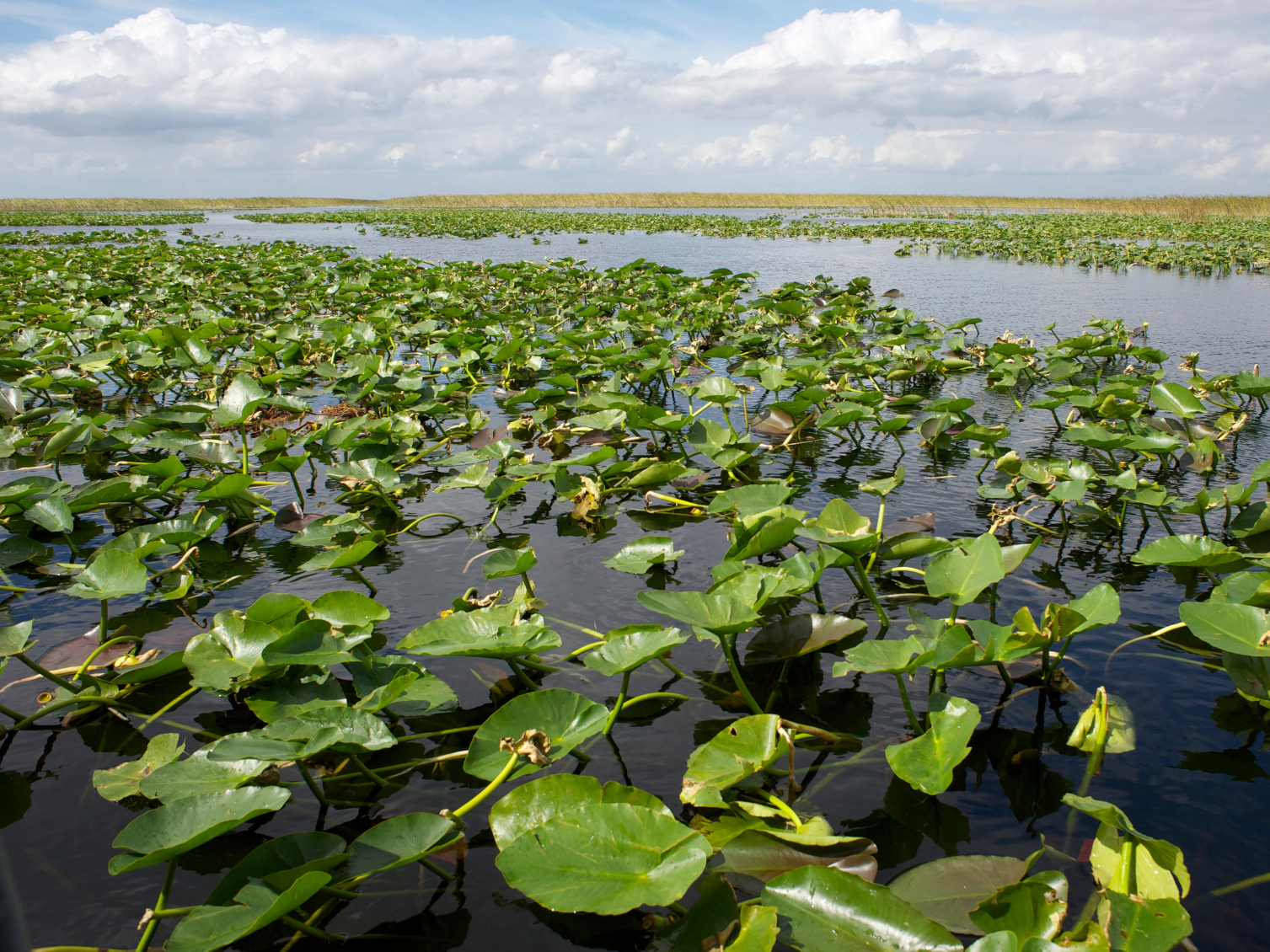 The Everglades contain hundreds of archaeological sites that show how different parts of it housed different Native American communities, according to the National Park Service. The plains region south of Lake Okeechobee once contained small camps and was used for canoe travel, and buildings on the western edge appear to have been more permanent. The area was known as Pa-hay-Okee, translating to “grassy waters.”

When Europeans arrived between 1500 and 1750, they found five separate, well-established tribes totaling about 20,000 people: the Tequesta, Calusa, Jeaga, Ais, and Mayaimi.

The name of Niagara Falls comes from the Native American village of Onghiara. 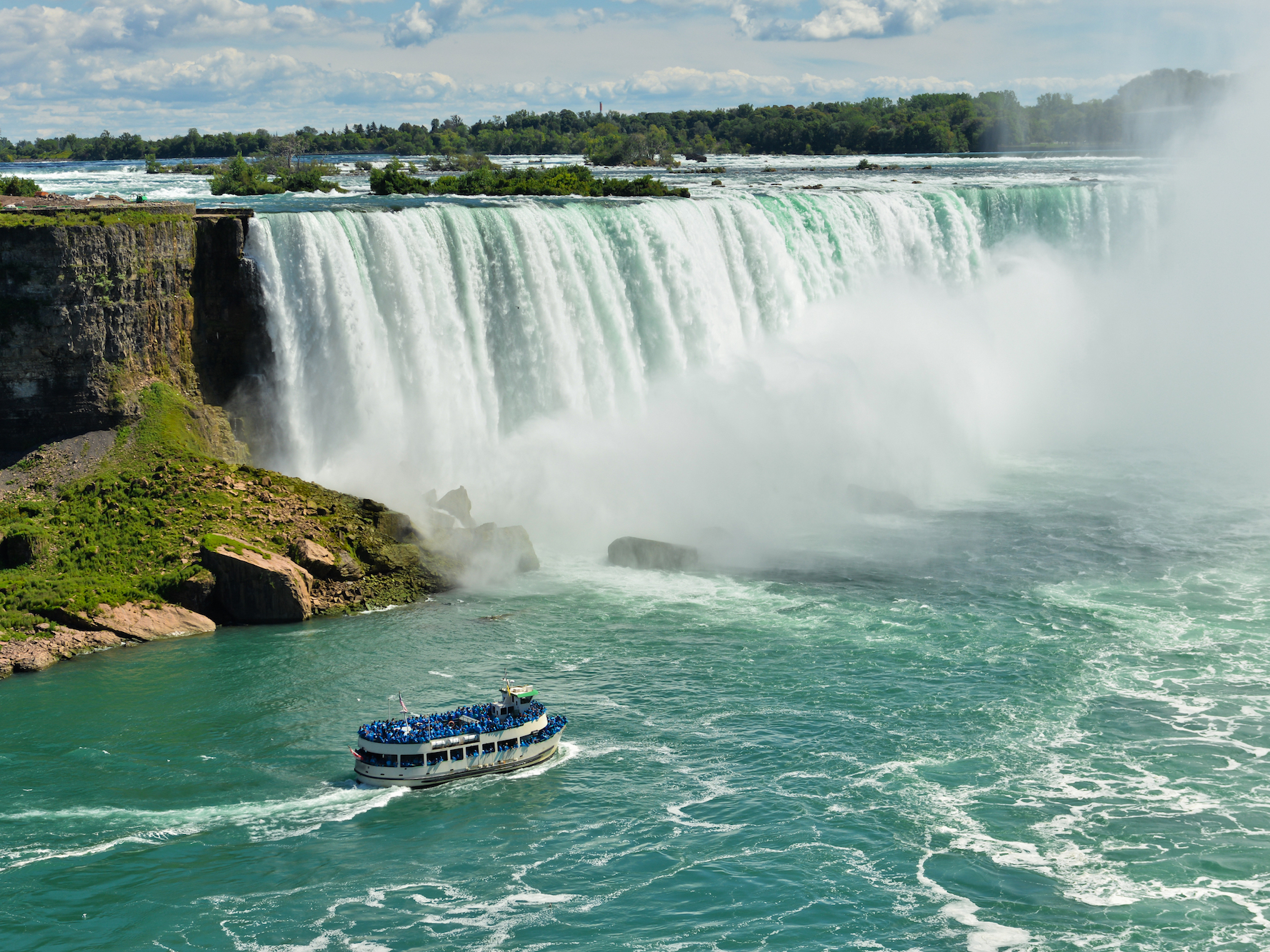 The name “Niagara” partly originated from the name “Onghiara,”a village that was inhabited by a tribe called Atiquandaronk.They remained neutral as the Iroquois and Huron tribes were at war with each other, leading French settlers to name the Atiquandaronk “Neutrals.”

The Iroquois eventually pushed other tribes out of the area, but they lost much of their land and autonomy after the War of 1812, when more settlers arrived.

The Four Corners Monument in Arizona, Colorado, New Mexico, and Utah, is run by Navajo Nation Parks and Recreation. 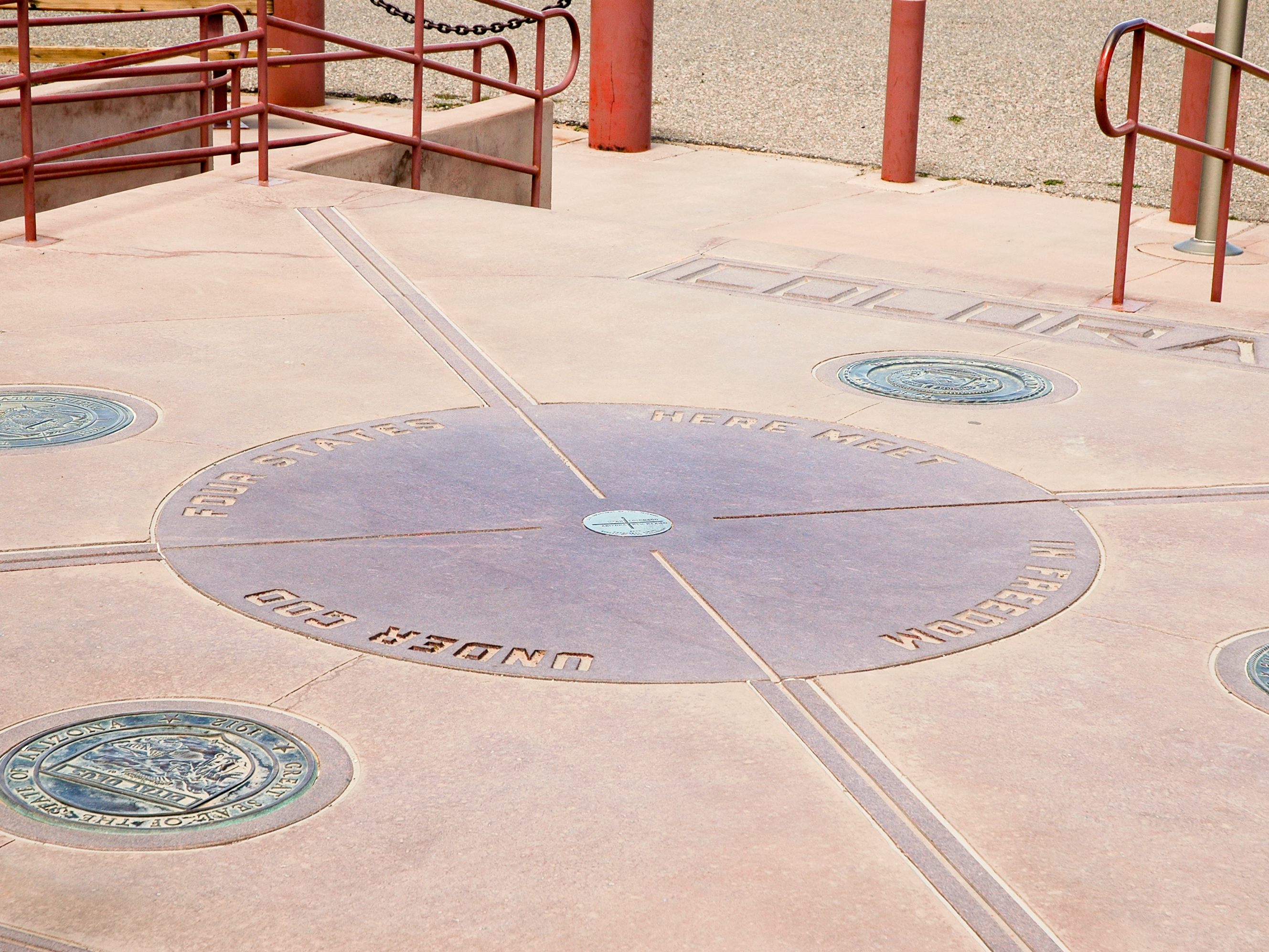 In the winter of 1864, the Navajo were removed from their lands in Arizona and New Mexico and forced to walk 300 miles to a military outpost called Fort Sumner, where they were imprisoned. The march became known as “The Long Walk.”

Four years later, they signed the Navajo Treaty of 1868 with the US government that allowed them to return to a small portion of their land.

The current Navajo reservation covers 25,000 miles across all four states. The Four Corners Monument, where tourists can stand in Arizona, Colorado, New Mexico, and Utah all at the same time, is run by Navajo Nation Parks and Recreation, which was established in 1957 by the Navajo Nation Tribal Council. Navajo artists sell jewellery, food, and hold demonstrations of their crafts in the visitor centre. The Kiowa and Crow tribes, in particular, have traditional stories relating to hot springs in the area. According to Kiowa folklore, their creator gave them the land through a hot spring called Dragon’s Mouth. The Shoshone and Bannock hunted bison and other animals on the plains.

Tribes are currently advocating for the federal government to change the name of Yellowstone’s Mount Doane to First Peoples Mountain. Army Lt. Gustavus Doane, for whom the mountain is named, led the Marias Massacre that left 200 Piikani people dead.

Mount Rushmore in Keystone, South Dakota, was carved into the Black Hills — a sacred site for the Lakota Sioux. 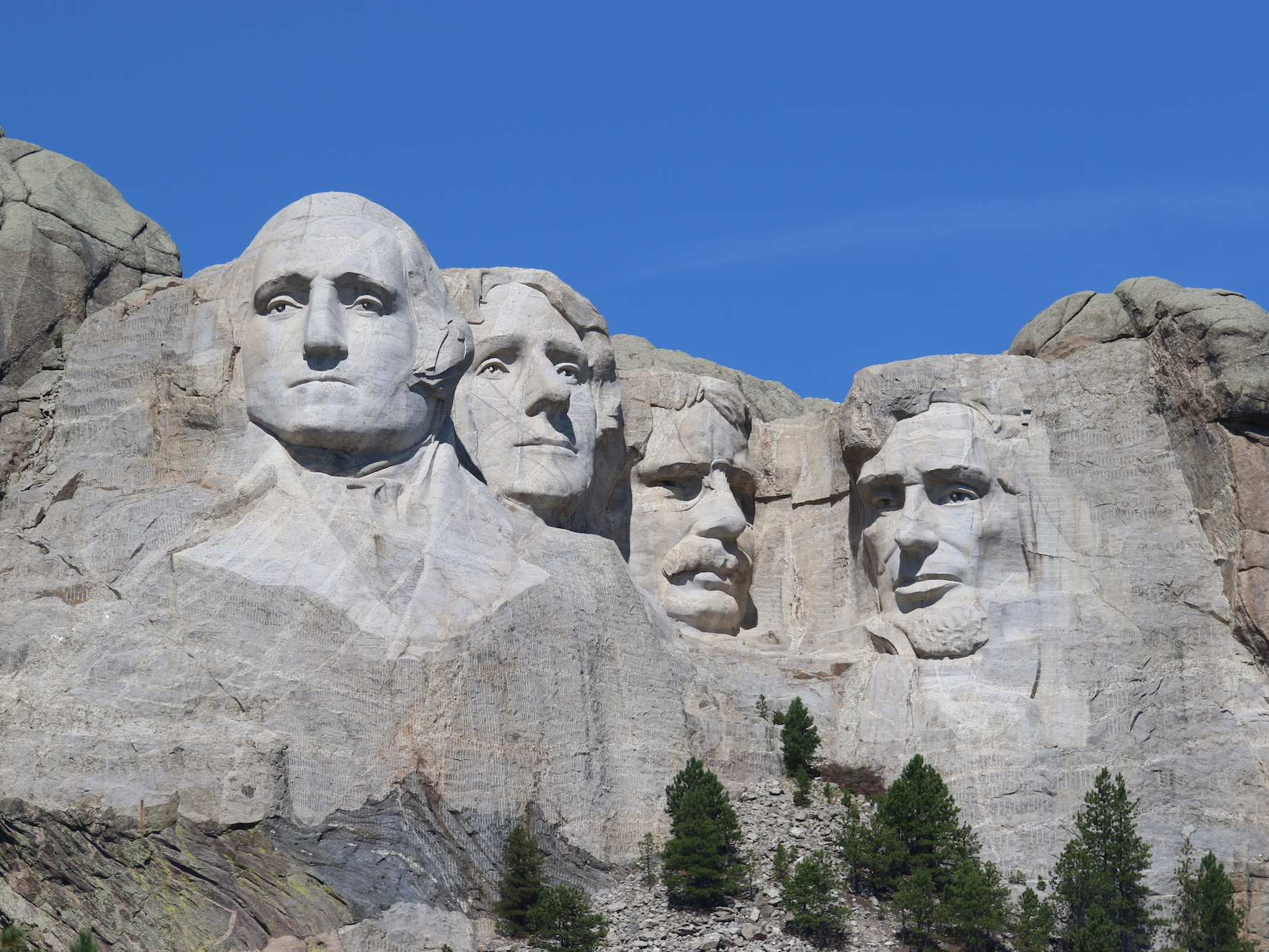 Despite their opposition, the landmark was sculpted from 1927 to 1941. Nearly 2 million people visited Mount Rushmore in 2019, according to the National Park Service.

A 1980 Supreme Court case United States vs. Sioux Nation of Indians confirms that Mount Rushmore is located on Sioux land. While the court ruled that the tribe should be offered the 1877 price of the land, plus 100 years of interest, the offer was rebuffed.

Denali, the tallest mountain in the US located in Alaska, is central to the Athabascans’ traditional beliefs about the creation of the world. 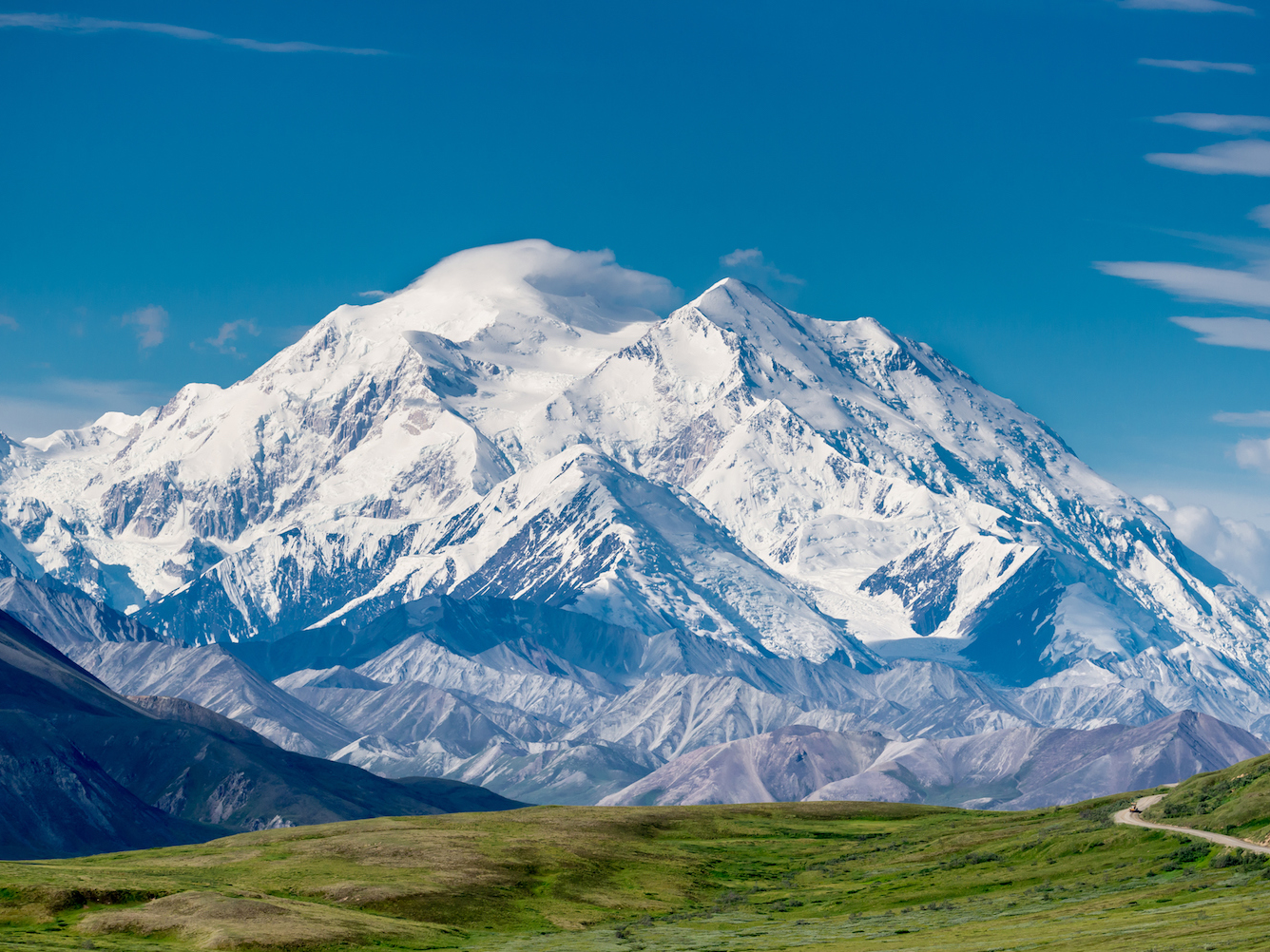 The tallest mountain in the US was known as Mount McKinley from 1917 to 2015, named for President William McKinley. But McKinley never even visited Alaska and had no connection to the mountain or the state. President Obama’s Secretary of the Interior Sally Jewell restored the mountain’s local Athabascan name, Denali, in 2015. “Denali” means “the great one” or “the high one,” and the mountain is central to the Athabascans’ creation story.