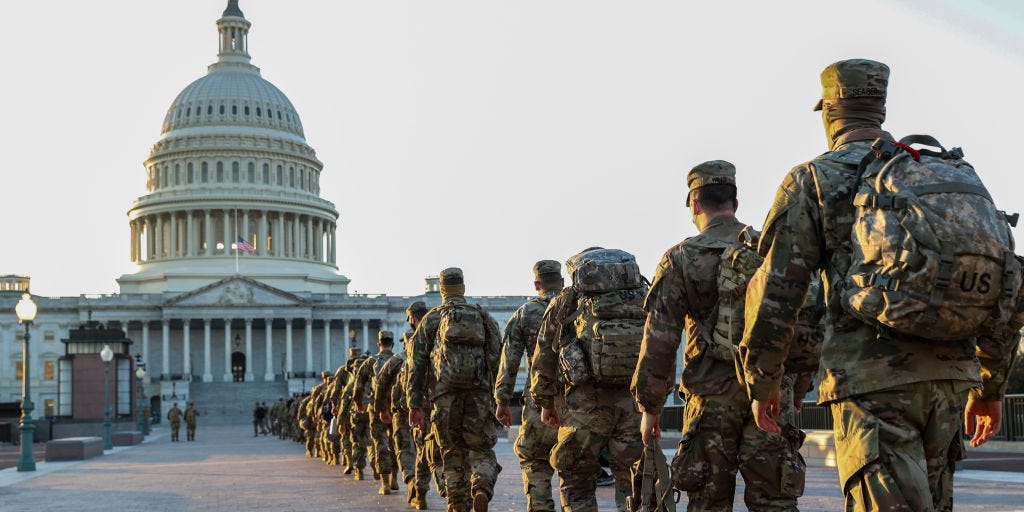 Photo by Tasos Katopodis/Getty ImagesMembers of the U.S. National Guard arrive at the U.S. Capitol on January 12, 2021 in Washington, DC.

National Guard troops defending the Capitol in the wake of last week’s assault by Trump supporters have been briefed on the possibility that improvised explosive devices may be used in follow-on attacks, Politico reported Wednesday, citing two National Guard members.

Last Wednesday, federal law enforcement officers not only had to deal with a pro-Trump mob storming the Capitol, but they also had to respond to two explosive devices discovered a few blocks away outside the offices of the Republican and Democratic National Committees.

Authorities are still looking for the person responsible.

The Associated Press reported on Monday that investigators remain concerned about the potential explosive threat to targets in Washington, DC.

During the violent riots at the Capitol, police responding to a suspicious package also discovered a truck with firearms and nearly a dozen Molotov cocktails that prosecutors characterised as “homemade napalm bombs” near the building, the AP reported. The truck’s owner was arrested.

Improvised explosive devices have been among the greatest threats to US troops fighting terrorism in Iraq and Afghanistan. A2005 Pentagon report on the war in Iraq revealed that 70 per cent of American casualties were caused by IEDs.

Politico reported that it is unclear whether Guard troops are expected to respond to IED threats. The briefings have reportedly made some uncomfortable.

Preparing for the possibility of more protests and violence in the days surrounding the inauguration, the Army has authorised Guard personnel to carry firearms, including M-9 handguns and M-4 rifles. Photos from Wednesday showed Guard troops receiving weapons at the Capitol. 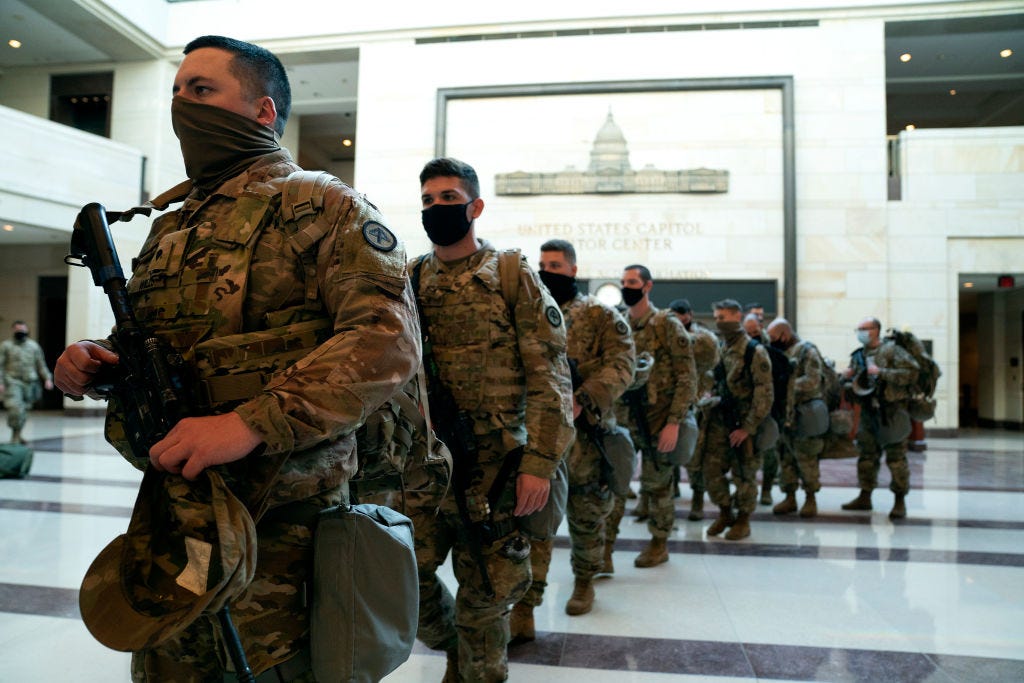 Photo by Stefani Reynolds/Getty ImagesMembers of the National Guard walk through the Visitor Centre of the U.S. Capitol on January 13, 2021 in Washington, DC.

The Guard is also strengthening its presence in DC. Earlier this week, it was reported that as many as 15,000 Guard troops had been authorised to deploy to the nation’s capital. That number has since risen to 20,000.

A new FBI bulletin reported Monday warned of possible “armed protests” at the US Capitol and all 50 state capitols ahead of President-elect Joe Biden’s inauguration.

In a statement put out Wednesday on the possibility of future protests, President Donald Trump, who was impeached Wednesday for his part in last week’s Capitol siege, said that “there must be NO violence, NO lawbreaking and NO vandalism of any kind.”

“That is not what I stand for, and it is not what America stands for. I call on ALL Americans to help ease tensions and calm tempers,” the president said.