A photographer captured the highest resolution images of snowflakes ever, and the results will give you chills 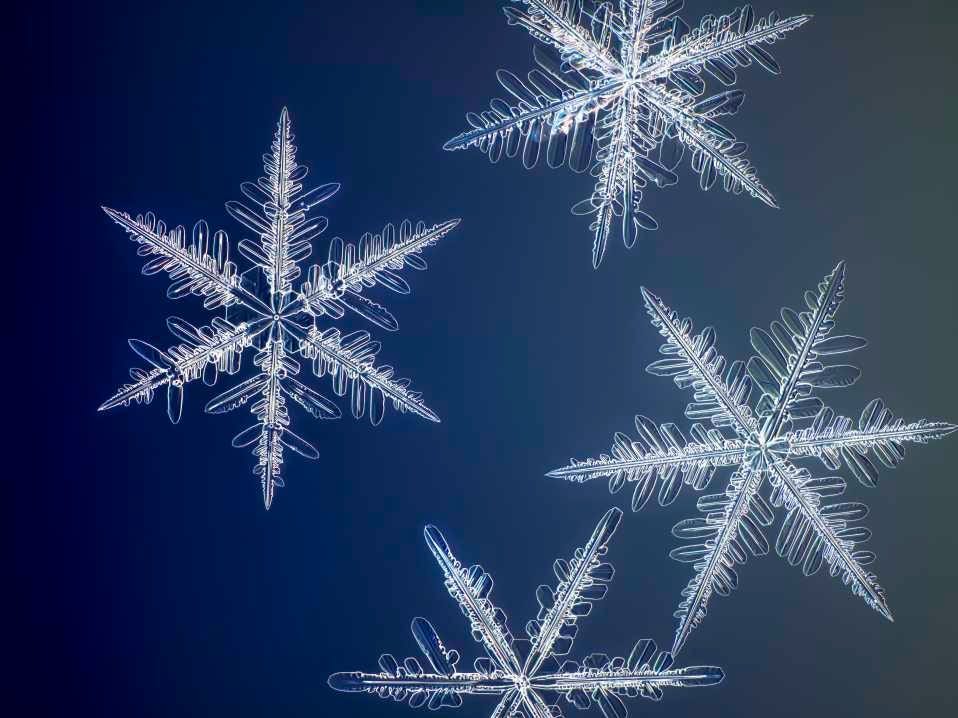 For the former Microsoft chief technology officer and Intellectual Ventures founder, snow is the greatest natural art form. Which is why he drew from his experience founding Modernist Cuisine, a research kitchen and laboratory that creates high-definition photographs of food, to make what he calls the highest resolution snowflake camera in the world.

Up close, each snowflake’s unique structure is visible, revealing branches of crystalline arms normally hidden from the naked eye.

Myhrvold spoke with Insider via email about his interest in snowflake photography and how he created his high-resolution camera.

Nathan Myhrvold is the latest in a long line of scientists and photographers to capture high-resolution images of snowflakes. 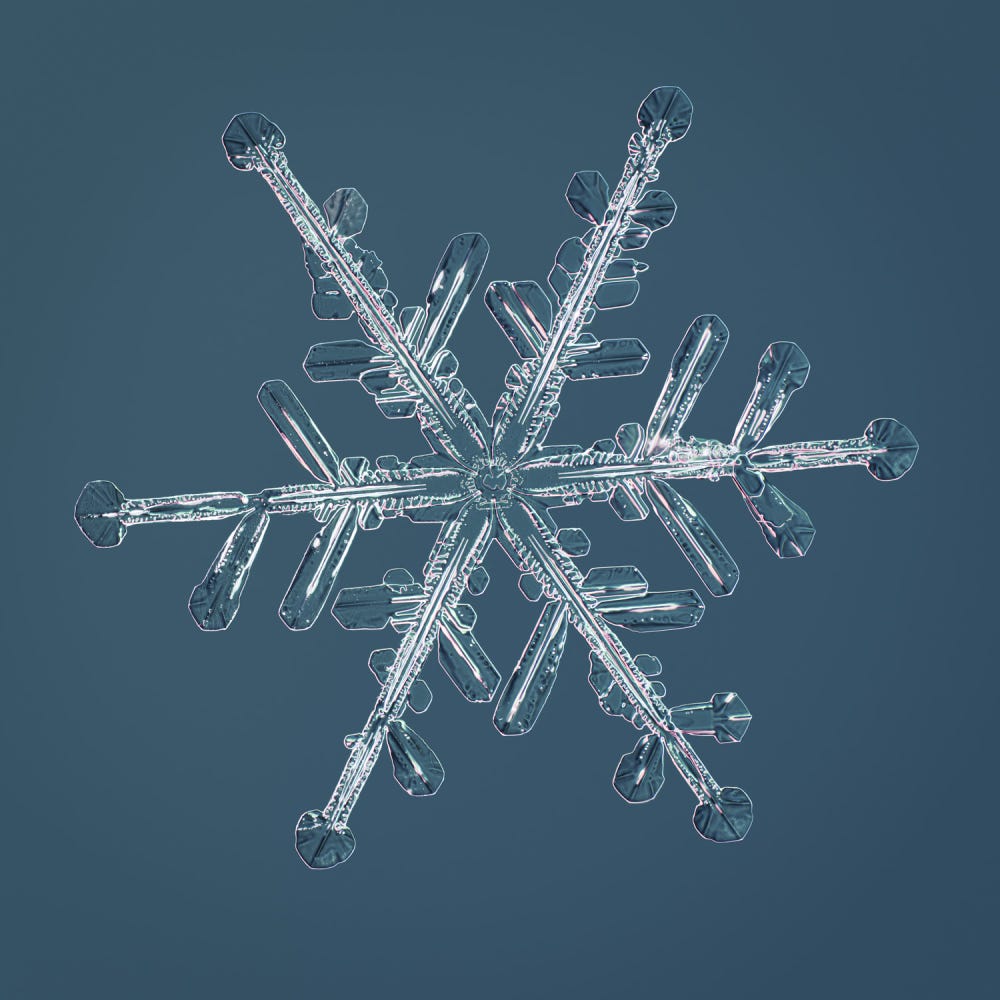 The first person to shoot snowflakes at the microscopic level was the Vermont farmer Wilson A. Bentley in the 1880s. His detailed photographs changed the way scientists and society viewed the little ice crystals forever.

Since then, numerous other photographers have taken exquisite photos of snowflakes. In 2013, for example, Russian photographer Alexey Kljatov went viral for his images, which were taken at home using inexpensive equipment.

Myhrvold’s passion for snowflakes stems back to his childhood. 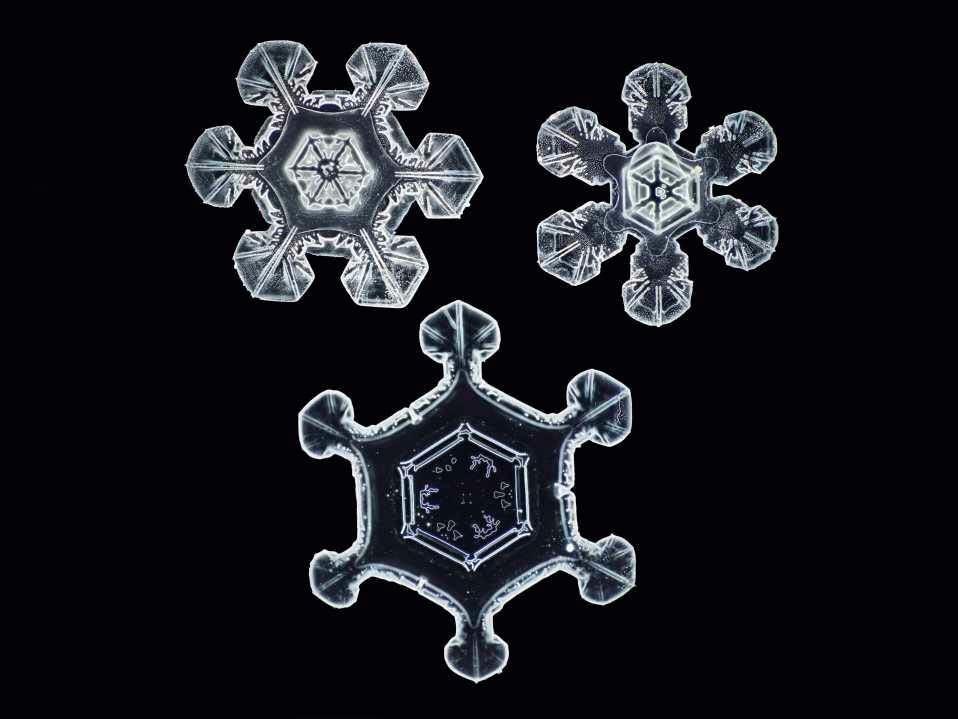 There are multiple kinds of snowflakes, some more common than others, and each features unique crystal shapes. Which snowflake falls on a given day depends on many factors including location and temperature.

“As I got older, I not only learned why they look the way they do but just how incredibly important snow is to us for survival,” Myhrvold told Insider. “Snowflakes are something that we don’t think of as food, yet most of us (in North America anyway), spend our whole summer drinking melted snowflakes. The water we drink in the summer is dependent on the snow that falls in the winter.”

He started work on the custom-built Snowflake Cam in 2018 and took 18 months to finish it. 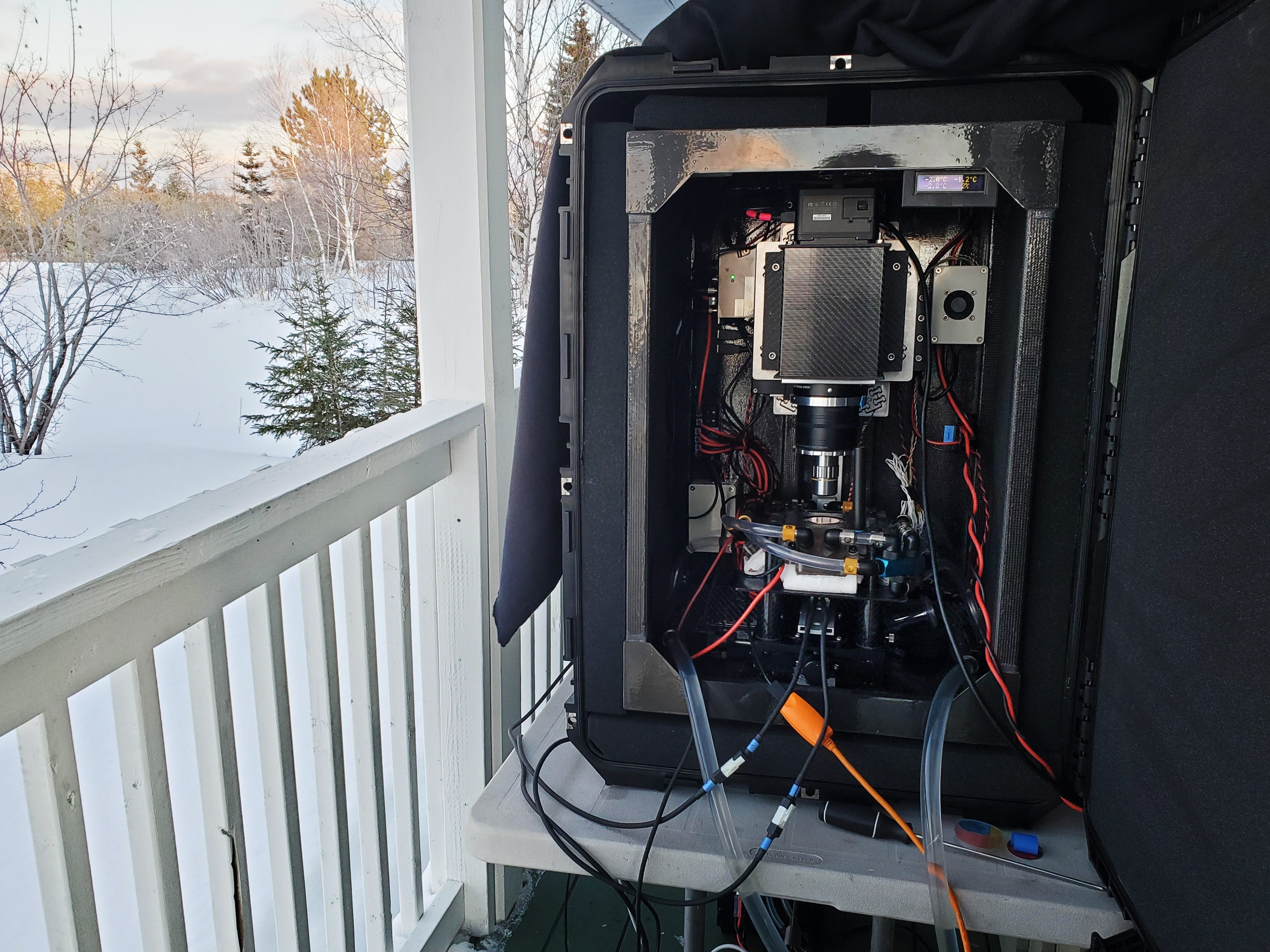 The scientist turned photographer is calling his creation the highest resolution snowflake camera in the world. To obtain such microscopic images of the snowflakes, the camera uses a 100-mega pixel Phase One sensor adapted to a microscope objective lens.


Read more:
50 of the most incredible photos captured in 2020

The biggest challenge was making sure the snowflakes didn’t melt before or while being photographed. 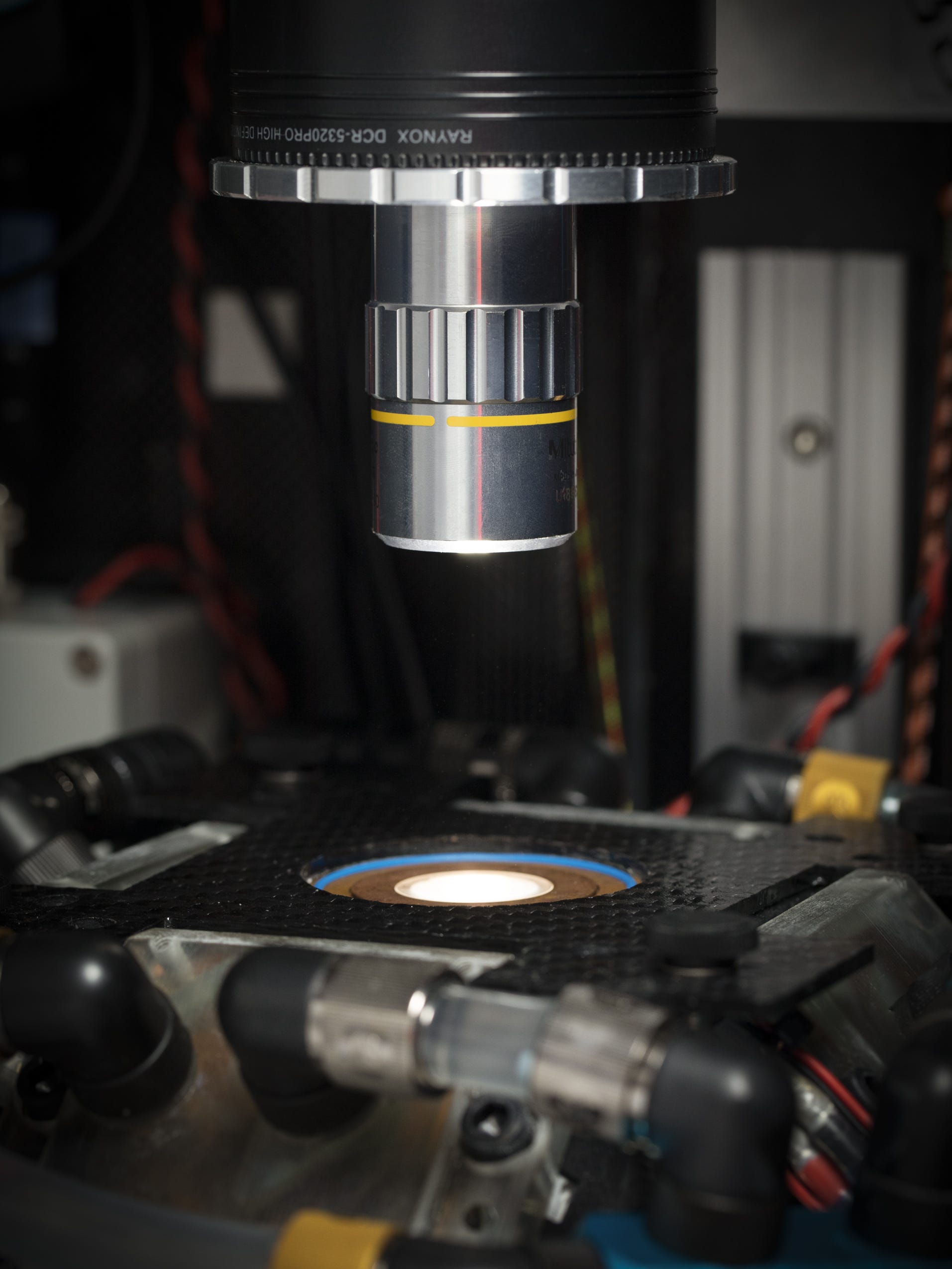 He explained that the microscope has a cooling stage, giving him more time to capture the images without the snowflakes melting.

In addition, he said, “The camera is paired with short-pulse, high-speed LED lights, typically used for industrial purposes, to reduce the heat they put out and increase the speed at which a photographer can capture the image.”

He also prevents melting by capturing the snowflakes on a piece of foam he painted black.

Another snowflake photographer, Kenneth Libbrecht, helped him realise he had another problem to overcome: finding the right snowflake.

Myhrvold said the photographs Libbrecht, a professor at California Institute of Technology, released 15 to 20 years ago blew his mind. The two eventually met and Myhrvold learned how Libbrecht built his snowflake microscope, which informed the construction of Myhrvold’s own camera.

“I was of course sending him pictures every now and then, and it eventually got to the point where he said, ‘You’re snowflake limited,'” Myhrvold told Insider. “I said, ‘What does that mean?’ He said, ‘Well you know how to take pictures, you just don’t have very good-looking snowflakes yet.’ From there it was a matter of finding the right snowflakes to photograph.”


Read more:
A photographer captures up-close photos of some of the world’s most dangerous animals. Here’s how he does it.

To find photogenic snowflakes, Myhrvold has travelled all over North America. 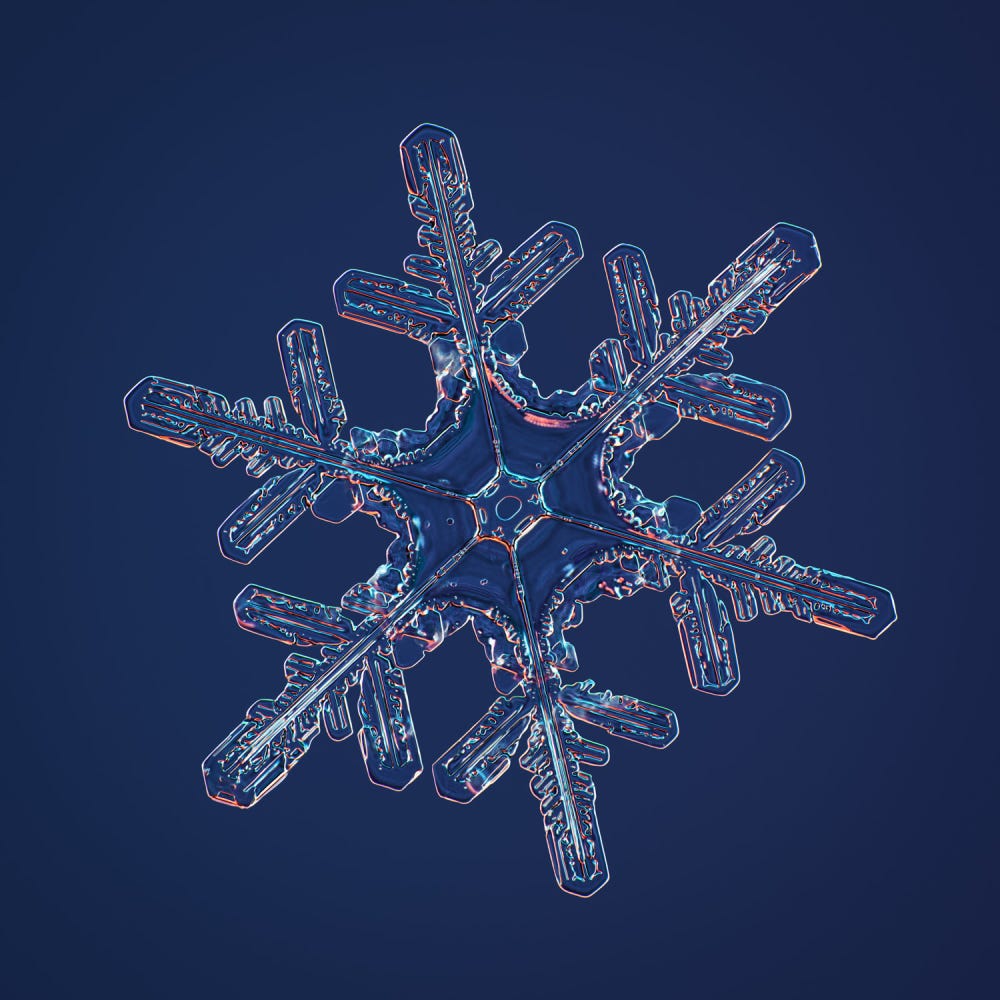 So far, Myhrvold has travelled from his lab and studio located in Bellevue, Washington, to Fairbanks, Alaska; Timmins, Ontario; and Yellowknife, Northwest Territories, Canada.

“Location scouting is very important for field shoots,” Myhrvold told Insider. “For these photos, temperature was the main factor for determining location in addition to considering wind, moisture, and humidity.”

Myhrvold picked these cold locations because in warmer weather snowflakes tend to clump but in extreme cold, they are more likely to dry out, offering a better chance at a good photograph. He said some of the best snowflakes he’s found have been at temperatures around -15 °C

Contrary to popular belief, most snowflakes look alike. Finding ones with exciting patterns can take hours. 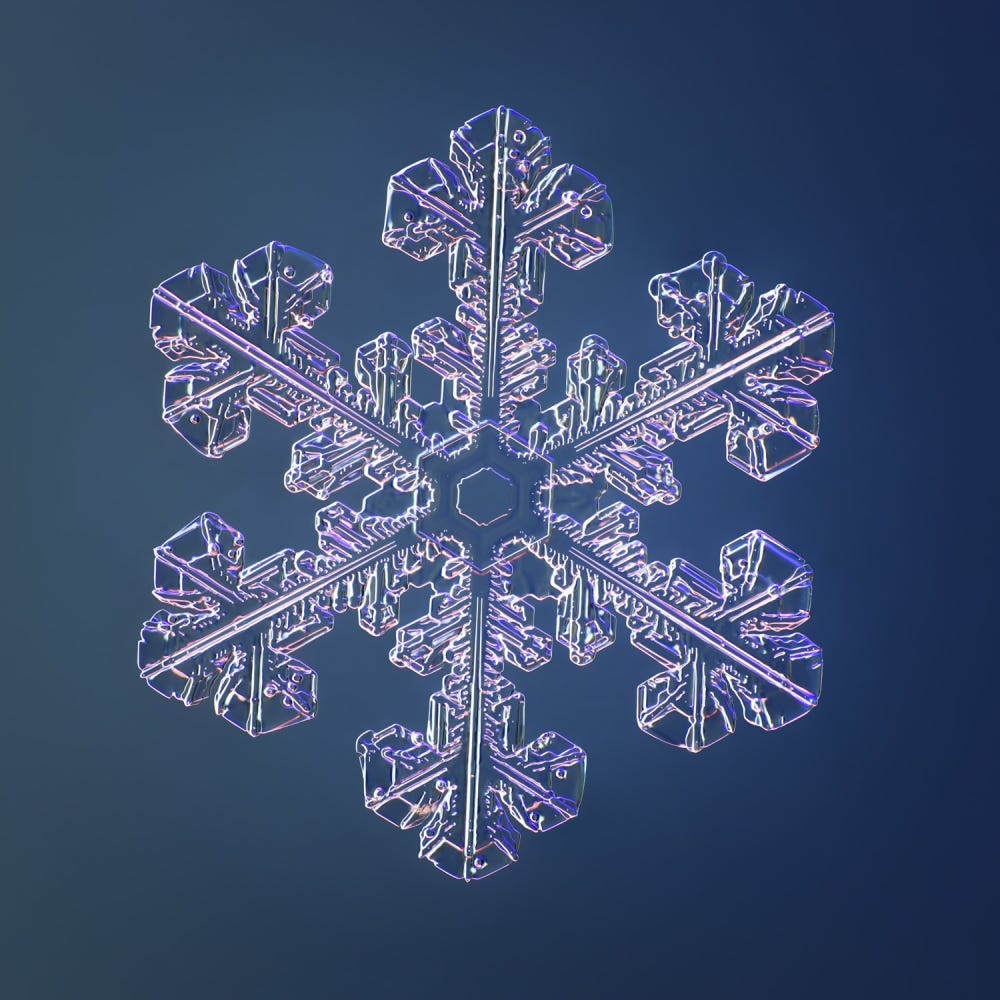 Myhrvold said the phrase “no two snowflakes are alike” is not necessarily true. Most snowflakes are not the stellar dendrites he seeks, rather simple hexagonal plates lacking distinct features.

“That can change extremely suddenly, though, and that’s when you go from boring plates to seeing something amazing,” Myhrvold told Insider. “So you have to quickly mobilize to get the shot.”

But finally finding the right subject makes the long, cold hours worth it. 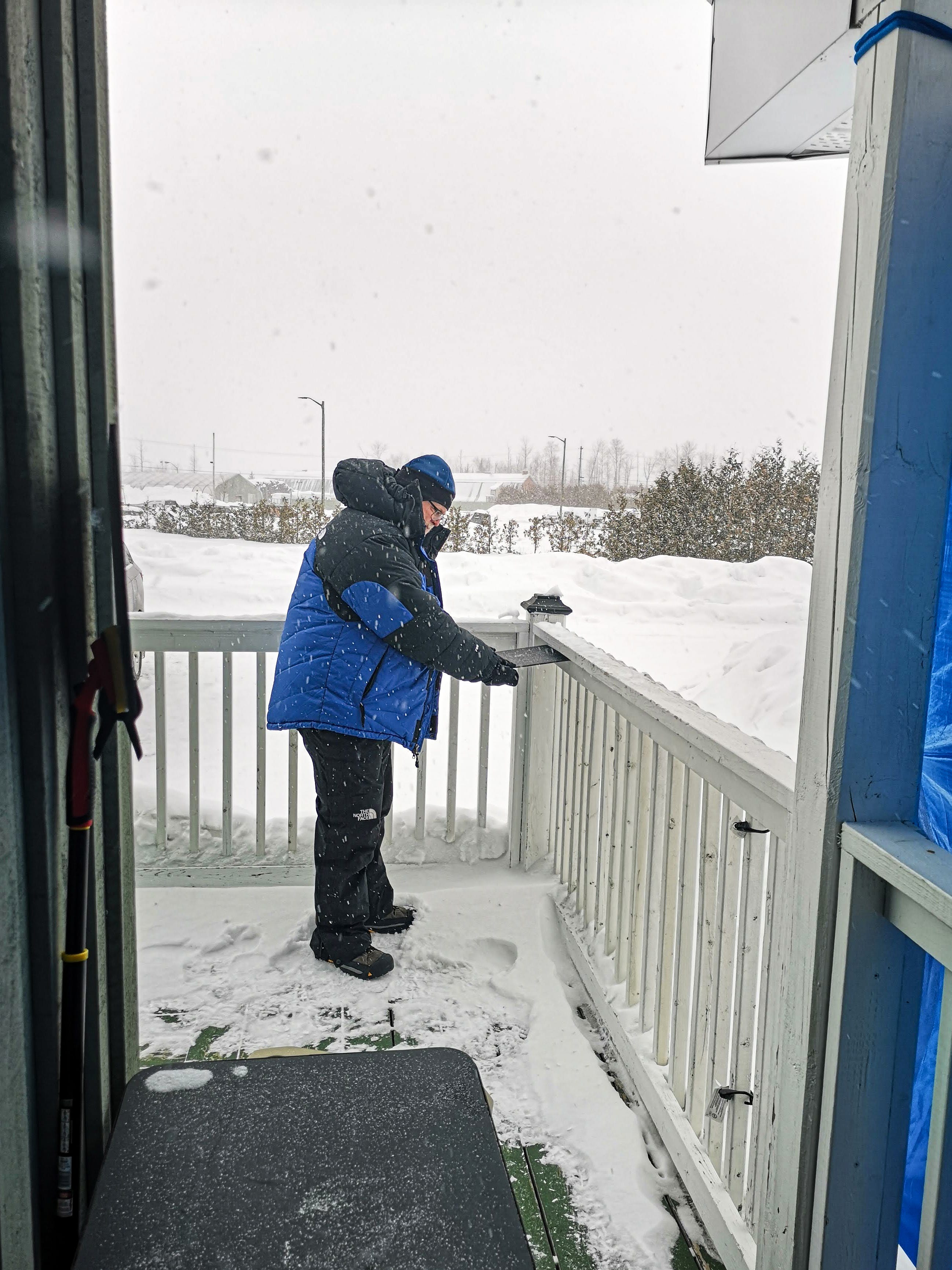 “I never cease to be surprised by the beauty and complexity of snowflakes,” Myhrvold told Insider. “A snowstorm can go on for five hours, and if you’re out there with a piece of foam core trying to catch snowflakes, what’s amazing is that they can change minute by minute, right before your eyes, and there’s billions of them.”

He hopes his images change the way people see snowflakes, as well as helping them understand their beauty. 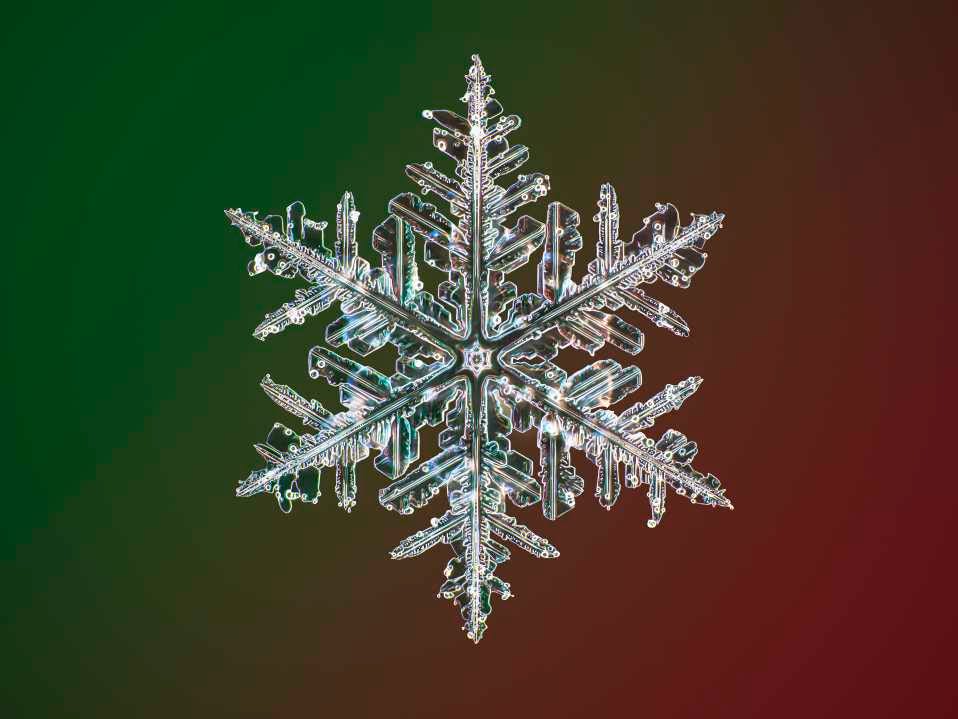 “I wanted to show people the hidden beauty of snowflakes at a new level of detail and clarity,” Myhrvold told Insider. “I hope people can tell there’s beauty in things that they can’t see with the naked eye.”